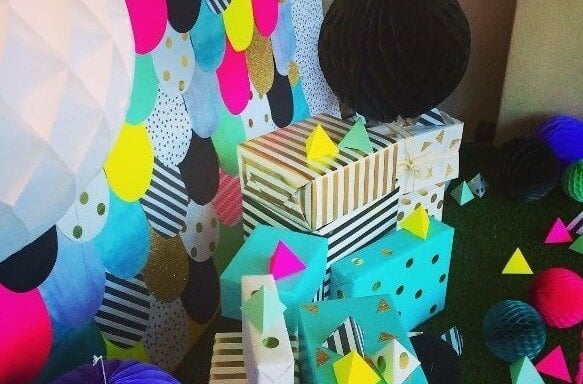 Jayde Leeder is the undeniable queen of crafts. The front window of her stationery store, Little Paper Lane – in Sydney’s northern beaches – features regular displays that are so stunning they’ve even earned their own hashtag, #littlepaperlanewindowdisplays – cementing their position as a local must-see and Jayde’s position as the maven of merchandising.

I caught five minutes with this lovely lady to ask her how she comes up with the ideas for the window displays, what the processes of executing them is like and how they impact the community. 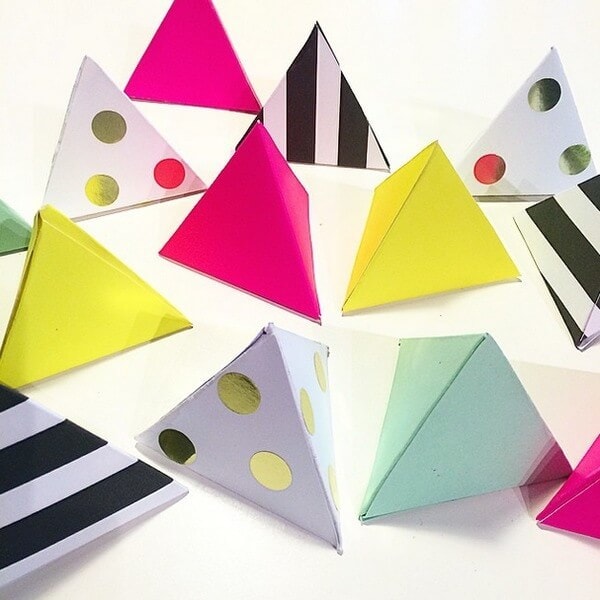 How do you come up with the different window ideas?

“I usually have a little think about what important dates are coming up, like Mother’s day, or if it’s spring, or back to school etc etc, and try and use that as a jumping off point for inspiration.

I keep a little note on my phone, because sometimes when I’m trying to fall asleep ideas may pop in my head, like a giant lollipop – and I may not know what exactly I can do with a giant lollipop, but if I write it down then the idea has time to brew in my head.

I spend a lot of time on Pinterest. It generates a lot of traffic to our website so i consider it ‘work’ and I find stunning and inspiring images and save ones that inspire me into a folder… and when I feel a little stuck for an idea I just look through the folder and Pinterest and sometimes it will take one image or one DIY project to jump start an idea”. How much planning goes into it and how long does it take to put together?

“Depending on the window display, really. But generally, the week after I have installed a window I am thinking about the next window, or two windows ahead.

Sometimes it’s just so busy that I have to wing it a bit. Like the ‘lets party’ window. I knew I wanted a happy, bright, party-type window, and I had ordered products to go in the window but they hadn’t arrived, so I had to keep changing my mind about what was going to happen and even when I was installing it yesterday I had half a plan of what I wanted it to look like but I had to make it up as I went.

But usually I have a firm idea of how I want it to look, and what I want in there, and when I install it can change a little bit. I usually give myself three to four weeks to get the window props made and things ordered. Sometimes it’s every night making things and sometimes it’s every few days, depends on how grand the idea is in my head”. 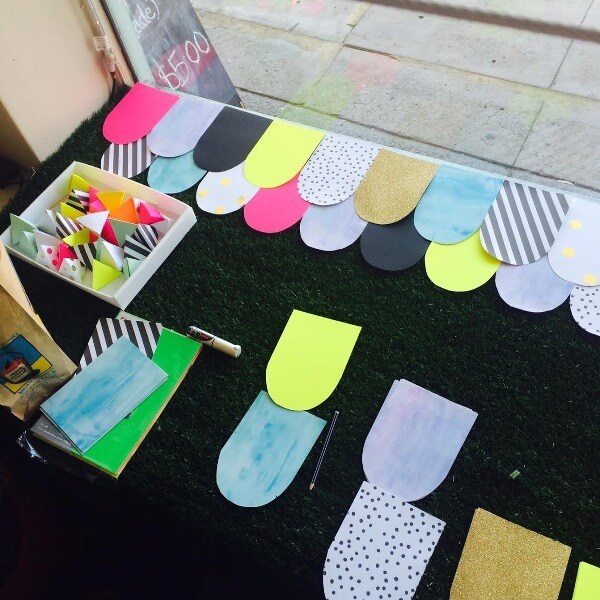 What sort of feedback do you get from people?

“So far it’s been very positive. I think because social media is so heavily influential in our lives, the reach that window displays gets is so lovely. Because of Instagram I’ve had visual merchandising jobs and amazing opportunities come out of it.

I also love that the window displays create a little buzz in our community. Parents bring their kids to see it and after I instal a new window usually that week a lot of people come to the shop to see it in person. I love that it is something for people to look forward to”. 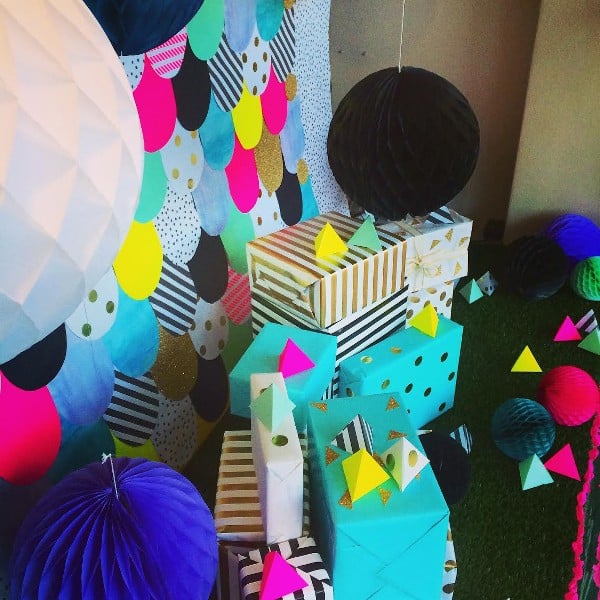 Do you think window merchandising has an impact on sales?

“Oh for sure. For one, it brings people to the shop. I generally don’t put huge amounts of stock in the window because they get damaged by the sun, but the displays themselves bring people in. And depending on what I’ve made for the window, a lot of the time we do custom orders for something I’ve made in the window.

Last month we made heaps of dream catchers for the window and they all sold. So that was a new product that I’ve now created to sell in the shop.

I think having a beautiful shop front is vital to a retail shop. Bricks and mortar shops now have to compete with online shops, who have the reach of pretty much the world. You need people to talk about your shop and have a reason to keep coming back. The front window – and not only the window itself but in front of the window and the way you welcome a customer from the street – is so important. You are telling your customer that you make a huge effort for them by creating something beautiful for them.

I think window displays can tell you a lot about a shop owner and the shop inside. If people won’t make an effort to make the front of their shop (and the insides) of the shop seem welcoming and happy, then the customers feel like that shop is not worth their time”. 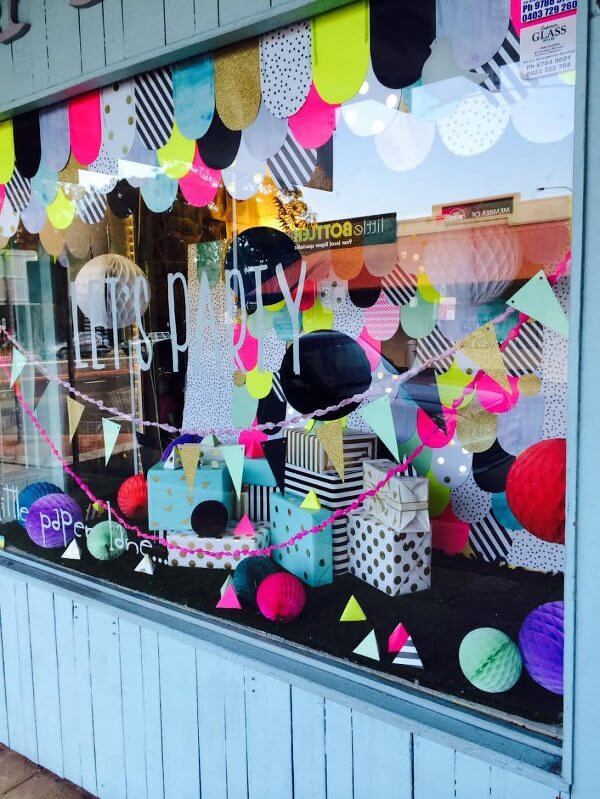 What can we expect this Christmas? Have you thought about the festive window yet?

I’ve had the Christmas window brewing in my head since before August. We had the huge gift fairs in Melbourne and I needed to have an idea of what I wanted to do for Xmas as I do my xmas buying in Melbourne.

Last year’s Xmas window was pretty magical, so it’s going to be hard to top it. But I’ve been BUSTING to do a monochrome window, so its going to be a black and white Xmas. I’m starting this week to get everything together, because I need to get the display in, in the first weeks of November. So this month is HUGE.

SO much Xmas stock will arrive, and we even moved to a bigger house last year because the back room can’t cope with the excess stock. But my Xmas window is by far my favourite window to do. It’s the most work usually and we have fantastic suppliers who love to loan us products to use so that always so lovely.

Have you been to Little Paper Lane? Have you seen the stunning shop window before? I’d love to hear from you in the comments below!