As a lover of brights, even I know there are times when it’s good to turn down the colour, and this new bedding from Sanctuary Studio does just that wonderfully. 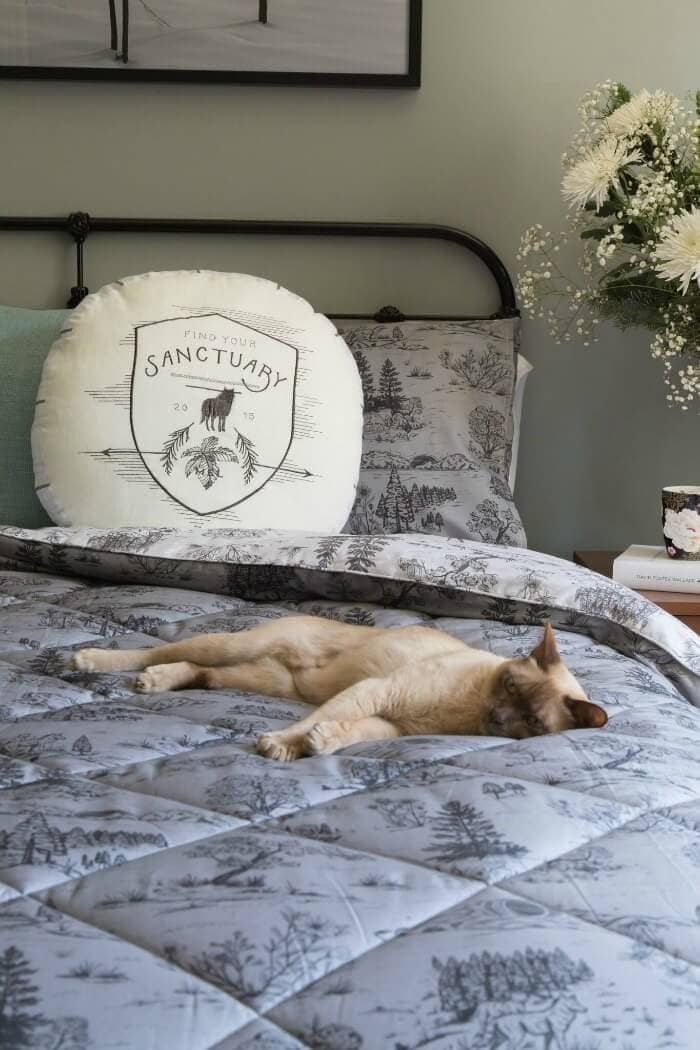 There’s no greater time than winter to hit refresh on your bedding. Actually, in an ideal world I would redecorate my entire room. But let’s file that dream away for the moment on concentrate on fresh bedding for the colder months, which is just the right time to turn down the colour and layer up your soft furnishings.

Sanctuary Studio has, in the past, been rather well-known for their use of bright hue. I was as surprised as anyone to discover that their dreamy winter bedding range (called Winter Solstice) was a rather subdued affair. And it’s worlds apart from what the brand normally produces.

When I asked the creative behind the brand, Simone Rennard, why the new range was so calm instead of colourful, she explains that it wasn’t necessarily intentional. It was more about letting the journey occur organically.

“Every collection is going to have its own individual story,” she tells me. “The constant is that we’ll collaborate closely with the same group of artists but with a different subject matter and aesthetic”.

For the Winter Solstice release, Sanctuary Studio collaborated again with the talented Llew Mejia (who they worked with for their debut collection), as well as the divine Shelley Steer.

Simone tells me that both were a dream to work with, and really helped the concept behind this range – nature during winter – come to fruition. 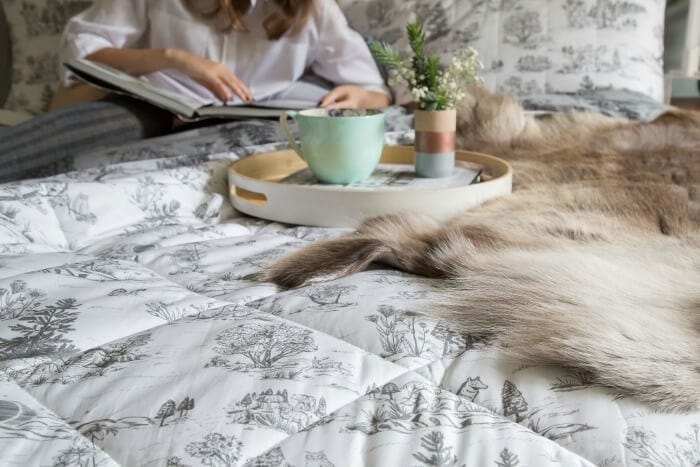 “There’s something so enchanting about the outdoors at wintertime and we wanted to evoke that charm and put it into pattern. Toile and tartan were the obvious choices, but of course we’ve done our own modern twist on these classics”.

I love the calm and serene quality in the Winter Solstice bedding. It definitely ticks all the boxes for those of you who enjoy a subdued bedroom. There are occasional pops of colour in the range (natural greens and winter berry come through in cushions), but for the most part, it’s all about those soothing greys and whites.

“Having said that,” Simone points out, “the colours are so subdued and neutral that the items certainly don’t have to be restricted to the winter home; they’re suitable for any time of year”.

If you’re keen to rock some of the new range from Simone and the team, why not enter to win your very own Winter Solstice bedding pack from Sanctuary Studio below?

To find out more about the range, click here. 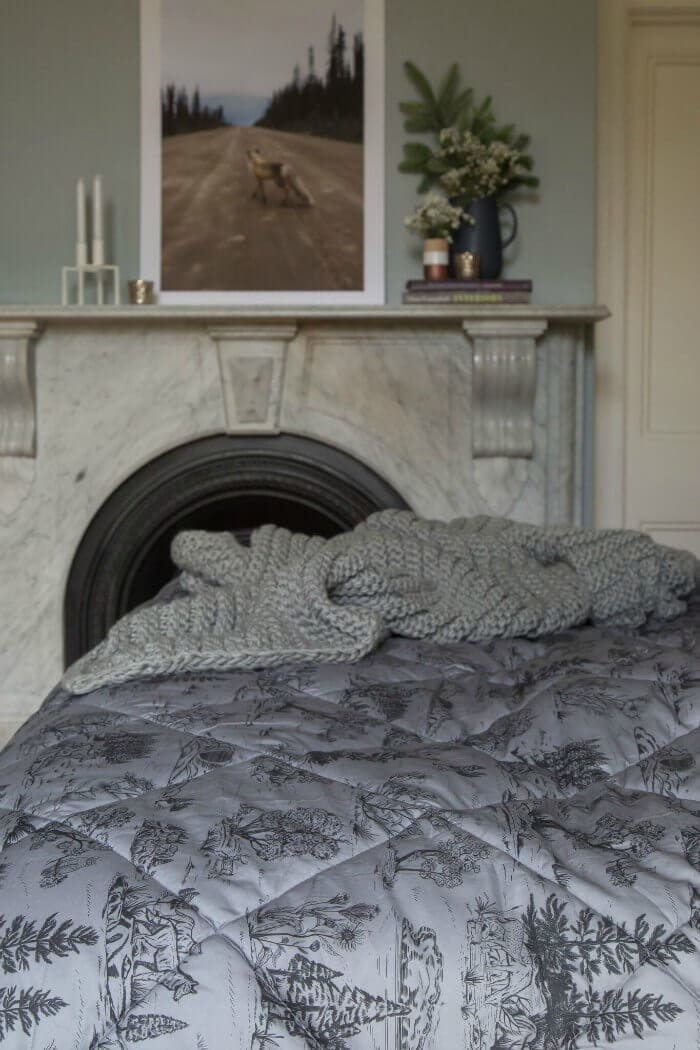 ** please note this competition is now closed. The winner was Kirsten Schuman **

To go in the draw to win a Winter Solstice bedding pack valued at $268, simply:

Drop a comment below telling us what you love about this range.