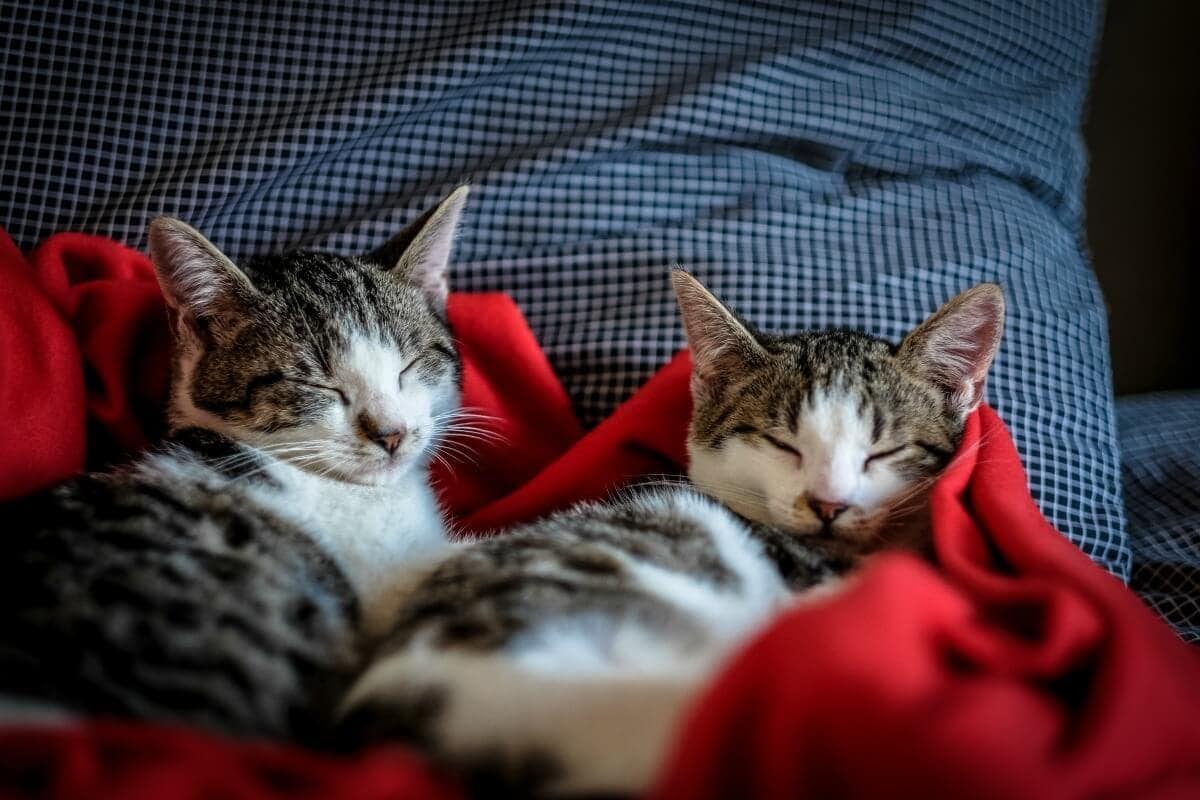 Do you Let your Pets Sleep in Bed with you?

The cat sleeping in bed with you (or any pet, for that matter); it’s a raging debate I’m sure most of the country is grappling with at this very moment. Or perhaps I’m just the king of first world problems and my issues are actually completely trivial. I’m going to go with the former, because in my world, this is a big deal.

As you may well know, I’m the proud father of two cats. I won’t call them fur babies and I’ve never had to take parental leave off work to deal with any feline-related issues, but I still consider myself cat father of the year. They dominate my world, try to run my life at times, and prevent me from going on long trips due to worry over how they’ll be cared for. But I do adore them. And they have made me a bit of a fiend for cat decor and accessories (as demonstrated here).

One thing they don’t do: sleep in my bed.

They actually don’t even sleep in the room. It’s the one zone that remains off limits. Well, off limits between the hours of 10.30pm and whatever time they scratch at the door in the morning. Because one cat in particular is more a shadow than she is a cat; eager at all times to be so close to me that we may in fact morph into the one person sometime soon.

The Cat Sleeping in Bed with you: I Can’t Even

My partner Gavin would love it if the bedroom door was left open and both cats could roam around in the room of a night. He’d love nothing more than a cat to cuddle as he slept. His idea of bliss is one cat around the upper torso to act as a pillow, and another by the feet as a hot water bottle.

This is actually my worst nightmare.

Back when we had only one cat (Mim, who is two years older than Emi), we did let her in the room at night. For the most part, she stayed away from me. She had to be trained, of course, that my side of the bed was a no-go zone and that cuddles while I slept were not on the cards.

Mim’s biggest issue: she’s a serial licker and groomer. It’s creepy beyond belief how into licking you in the one spot for 10 minutes is. Being woken up by a sandpaper tongue on your face is not my idea of heaven.

But she tended to keep to Gavin’s side of the bed, which was all good with me (though I’d still wake up sometimes, in the dark of the night, to see two glowing eyes looking at me. Horror movie realness right there!).

(Sidebar: if you want to know 8 things people never tell you about owning a cat, this post will help!).

I also have a fear that – in the pitch black darkness of the night – my face could be millimetres from the cats bum and I’d not even know it.

Two Cats Sleeping in Bed with you: Even Worse!

When Emi came along, it was apparent from day one that these two cats were not going to get along. Years later, they still don’t like one another. So that has presented the obvious issue of what could happen if a fight broke out in the bed in the middle of the night.

I actually doubt a catfight would occur, because Mim is so not into Emi that she steers clear of her most of the time. But there’s still that great fear that I’ll wake up to the sound of hissing at 1am, dazed and confused, and have one cat launch at me with her claws out in a moment of pure insanity, leaving me with a slashed Freddy Kruger face. There goes my career aspirations as future judge on The Block!

When it comes to this cat sleeping in bed with me, Emi’s issue is her purring. It’s like a freight train. It will keep you up at night. I don’t actually think there’s a moment of the day in which she is not purring – and loudly.

We tried letting her into the bed once and the purring kept me up for hours. The worst part; if you touch her to move her, in a bid to get the purring away from you, your touch just makes her purr more. There is no escape.

I also have a fear that – in the pitch black darkness of the night – my face could be millimetres from the cats bum and I’d not even know it. Seriously the grossest thing ever.

I’m not sure I can be convinced to let the cats sleep in the bed with me. I’d much prefer they have their own beds and sleep in those.

There has to be an Off-Limits Room, Right?

I’m a firm believer in there being at least one room in the home that can be your own – at least sometimes, right?

I’ve watched my fair share of My Cat from Hell with Jackson Galaxy. And I know that, for the most part, cats seem to be allowed in all rooms at all times. But I just cannot do it.

You’d think that the bathroom would be the one room you could keep off-limits, but even that isn’t so in my case. The ground floor bathroom in my home has a sliding door, and often Emi will pry it open when you’re in there and trot in to watch you do your business. If you hold it closed, she’ll dart her paw under the door, like a killer in a teen slasher flick who’s eager for blood. There is no escape from this cat. 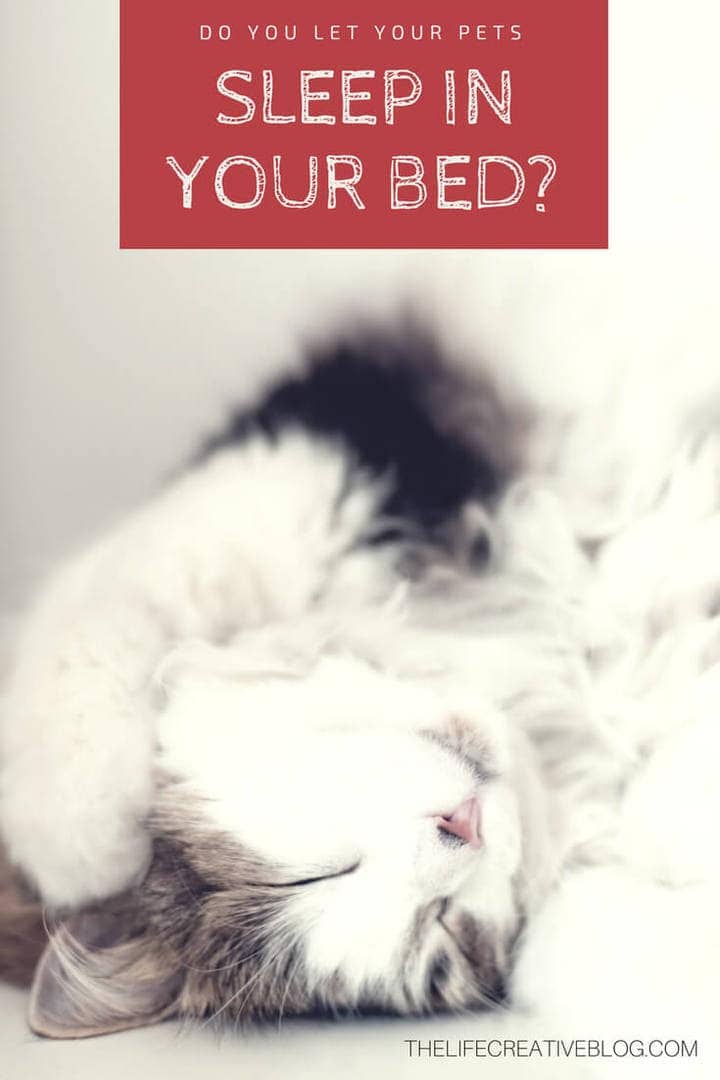 The Cat Sleeping in Bed with you: Do you Allow it?

Is the cat sleeping in bed with you an issue at your place? How about your dog or any other pets?

I’d love to know how you navigate around this issue with your partner if they’re keen on letting your pet in. Or even how you stop your pets from scratching or whinging at the door if you keep it closed throughout the night.

Drop a comment below and tell me your pet stories and solutions – I’d love to hear from you.