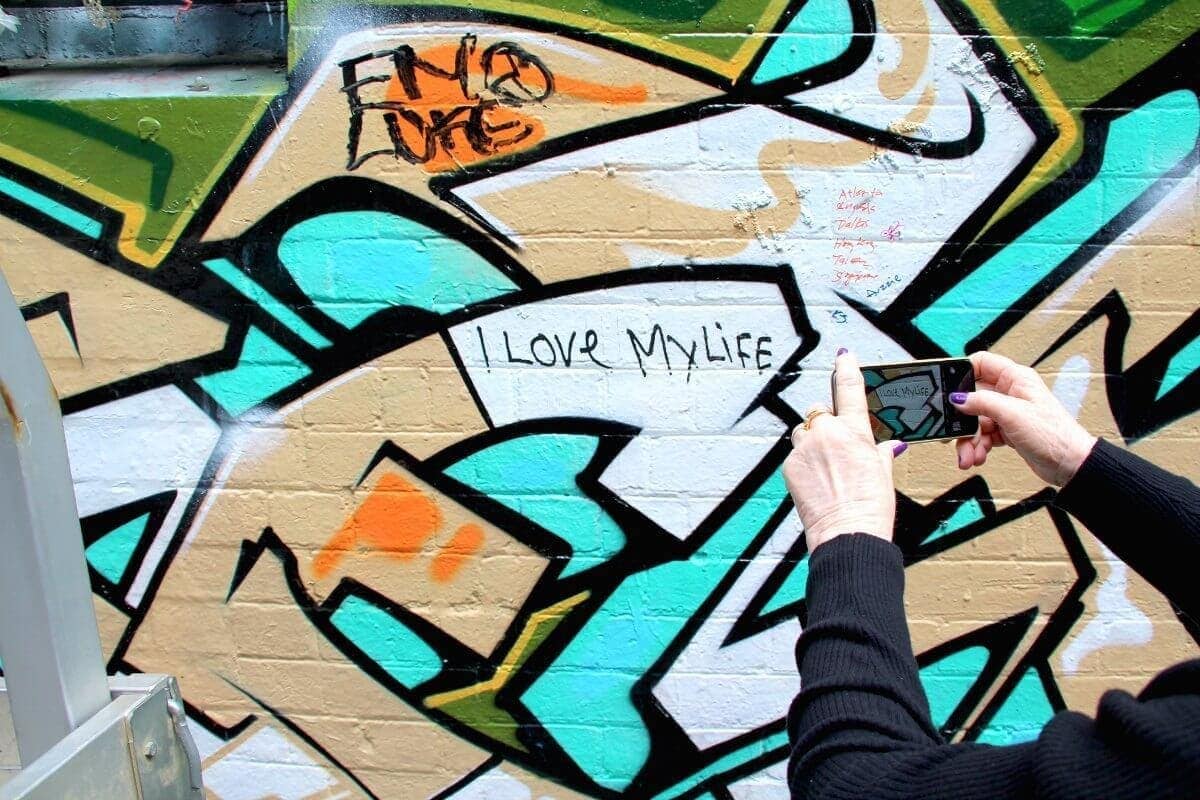 Have you ever considered a drastic life change? A brand new career direction or moving to another state? I did the latter 12 months ago and it’s been a wild ride I completely recommend you try. Let’s take a look at what it’s been like living in Melbourne and taking TLC to a brand new city. 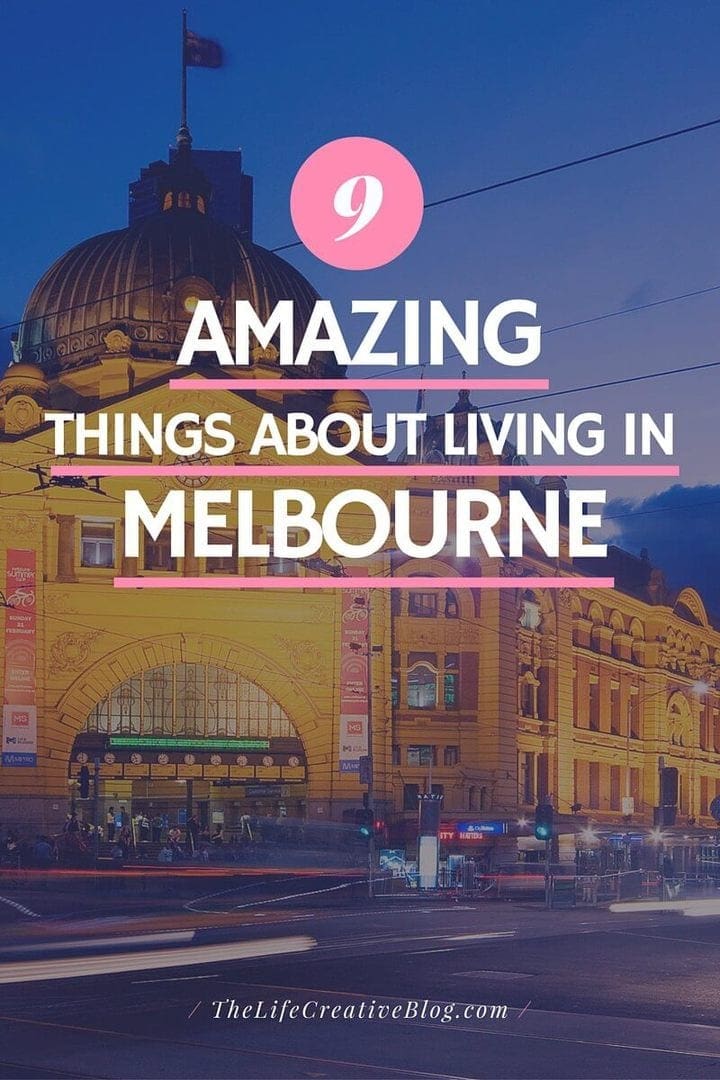 It was exactly a year ago today that I left Sydney after 33 years there and moved to Melbourne. I’d love to say that driving in was one of those magical moments like when Muriel goes over the Harbour Bridge in Muriel’s Wedding, but with two spooked-out cats in the back of the car, a 10-hour drive under my belt, and a KFC twister meal doing all sorts of things to my insides, the arrival was less than glamorous.

That said, my partner and I got into our new home, cracked open a bottle of red (plastic cups – all class!) and toasted to our new adventures in Melbourne.

Getting into our apartment that night was actually pretty exciting, even with the dodgy blow-up mattress, and while neither of us were quite sure if this new adventure was going to work, we were operating under the mindset that you only live once. So it was a now or never scenario.

Why I moved to Melbourne

I’d lived in Sydney all my life. And don’t get me wrong, I love that bustling city like you wouldn’t believe. I mean, I authored a book about Sydney that was released in January, so it’s safe to say that I know (and adore) the place like the back of my hand.

I actually put the finishing touches on Sydney Precincts just before I moved down to Melbourne. I had spent the year in the lead-up to my move down writing the book; eating, drinking and shopping my way across the city and then writing about the best places for locals and tourists to visit. So it was actually really nice to tie up that chapter of my life by finishing the book, freeing me up to move down here with very little left to do with the book, other than wait for it to go to the printers.

Melbourne was always a city I adored. We’d holidayed down here many times and I never wanted to go back. So I was pretty certain I would enjoy living here. The timing was also perfect, because Metricon Homes were looking for a presenter to MC their new Build Smart Series events, which were to take place each week in their Mt Waverley theatre.

I had previously filmed decorating videos for Metricon’s Youtube Channel the year before, after they’d seen my work on The Morning Show, so it felt like a ‘meant to be’ moment after my partner Gavin and I had spent close to two years umming and ahhing over whether a move to Melbourne would be a good idea.

Gavin applied for a transfer through his work and got it, and the beauty of being a blogger and stylist is that it’s a skill set you can take anywhere. So everything sort of just fell into place. And here we are!

Living in Melbourne: What makes it Great

The city is so well laid-out

Everything in the city is pretty much on a grid. So if you get lost, just go back around the grid and find your place again. It makes so much sense, and it makes finding your way around incredibly easy. Driving around the CBD after living in Melbourne for a few weeks was far less daunting than driving in Sydney – and Melbourne drivers are far more considerate.

The public transport is amazing

The first time I got on a tram I wanted to twirl around and throw my hat in the air in glee. Admittedly, the bliss of travelling this way wore off after three rides, but the public transport here still slays over other cities in Australia. You never wait long for a tram and the new ones move pretty quickly.

I am all about a rooftop bar, and Melbourne does some stellar ones. The bar at the top of Curtin House on Swanston Street is pretty divine, as are Goldilocks and Sahara – both on the same street.

Sydney might have the amazing harbour to sit and sip champagne on, but Melbourne has rooftops. And I’m definitely sold on them.

The hidden laneways are phenomenal

When we holidayed in Melbourne over the years, we’d always stumble across a random laneway in the city, eat and drink there, and never remember the name of it or how we got there.

A lot of that still goes on now that I’m living in Melbourne, simply because there are so many fascinating laneway bars popping up. Sydney is getting there with these types of venues, thankfully.

Say what you will about graffiti and street art, but I absolutely adore it. Hosier Lane in the CBD, which you can see here, has been copping some flack lately for not being as good as it used to be, but I still think it – and so many other graffiti-clad pockets around Melbourne – are nothing short of gritty and gorgeous.

Every suburb has its own hub of activity

One of the surprising things I noticed about living in Melbourne, is that when you move out of the city and into the ‘burbs, there’s still a cool food and cafe culture going on. It’s not all happening in the city and on the fringe. It seems as though every suburb still has a cute pocket you can hang out in, which is great if you can’t afford city living.

There’s less segregation than other cities

One thing I noticed right away is that everyone – from every age, ethnicity, gender, sexual orientation, socio-economical status – is far more intertwined here. There feels like there’s less of a ‘rich’ pocket, a ‘poor’ suburb, a gay street, a dangerous area. I am sure they exist to some extent, but they don’t seem as carved out here. Everyone seems to just get along more.

It’s so much cheaper to buy a home here

One of the other reasons we moved down here from Sydney is that the market in Sydney to buy a house was just so laughably out of our price range, unless we wanted to move to Orange or Dubbo. Comparably, living in Melbourne, you get far more for your buck in terms of the kilometre distance of the property from the city. I’m not far off buying a place and I am so excited!

The motorways are so wide and spacious

If anyone in Sydney is reading this, you know that the M5 motorway, for example, is God’s way of punishing us for reasons we’re unsure of. It’s hell on earth at most times of the day, even after widening some parts to three or four lanes. Melbourne’s motorways on the other hands, flow seamlessly most of the time. The road to the airport is five lanes wide and they’re widening it even further. I love it!

What do you love about living in Melbourne? I’d love to hear from you below and get some ideas on some places I need to get out and see that I might not have explored yet.