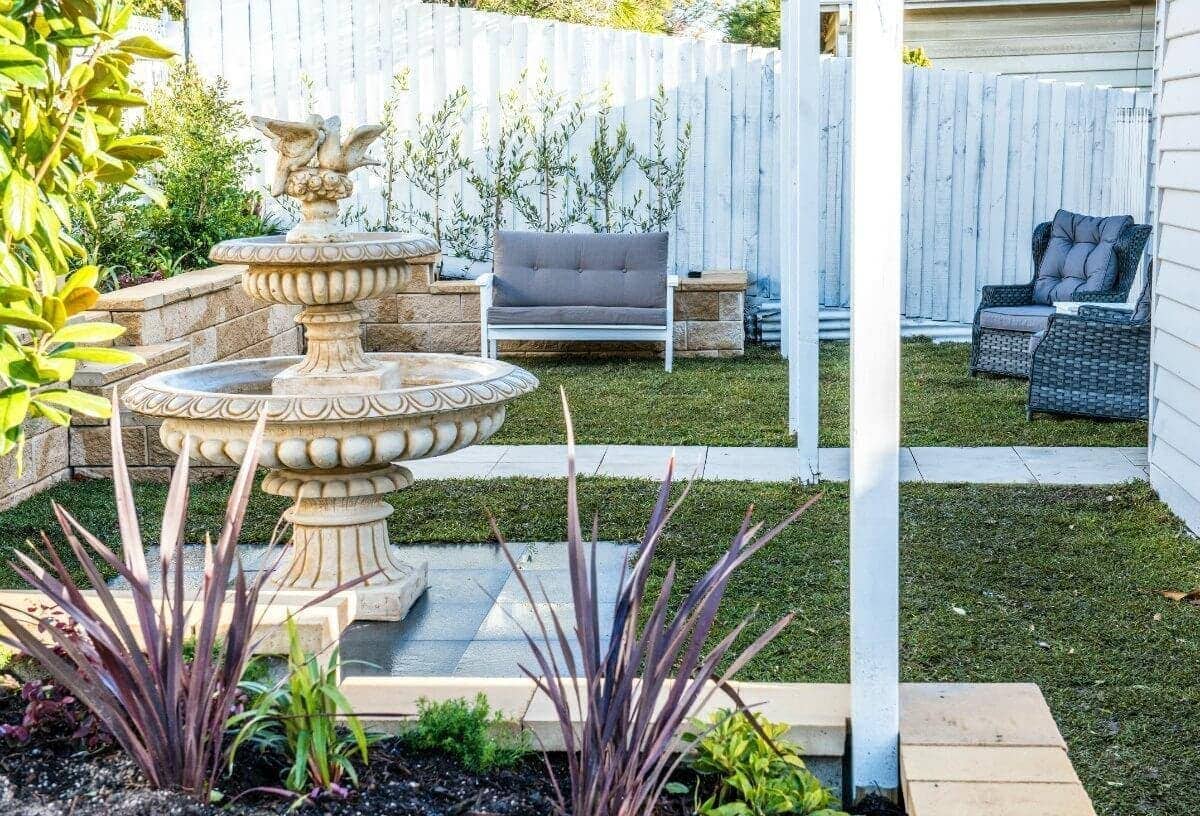 House Rules 2016: Inside the Second Lot of Garden Reveals

It was another win for Queensland twins Luke and Cody on this week’s House Rules reveal, with the boys scoring a whopping 33 points and hitting the top of the leaderboard again.

I hate to be a wet blanket, but am I the only one expecting more from a House Rules yard reveal? This week’s zones left me wanting a whole lot more.

Did you see part one of this reveal? Click here to check it out.

Fil and Joe’s front garden was the space that Luke and Cody transformed, giving the Melbourne couple a Hamptons-inspired space complete with pergola, picket fence, sandstone steps and oodles of lush greenery.

Judges Joe Snell and Wendy Moore were impressed with the space; both gave Luke and Cody an eight for their efforts.

“As far as the Hamptons style goes and the house rules, I think this fountain actually works here,” said Wendy, of the somewhat unusual choice of water feature that dominated the front yard.

The judges weren’t the only ones chuffed with the front garden makeover. Fil and Joe were just as smitten with the zone.

“Joe we have got the house of our dreams,” Fil said. “It’s complete and now it’s a home”.

Despite creating an interesting outside billiard table in the twins’ yard, Fil and Joe came in second place with two sevens from the judges for their work, including the backyard pub.

“Hopefully the fun will outweigh the work in maintaining it,” Wendy said. 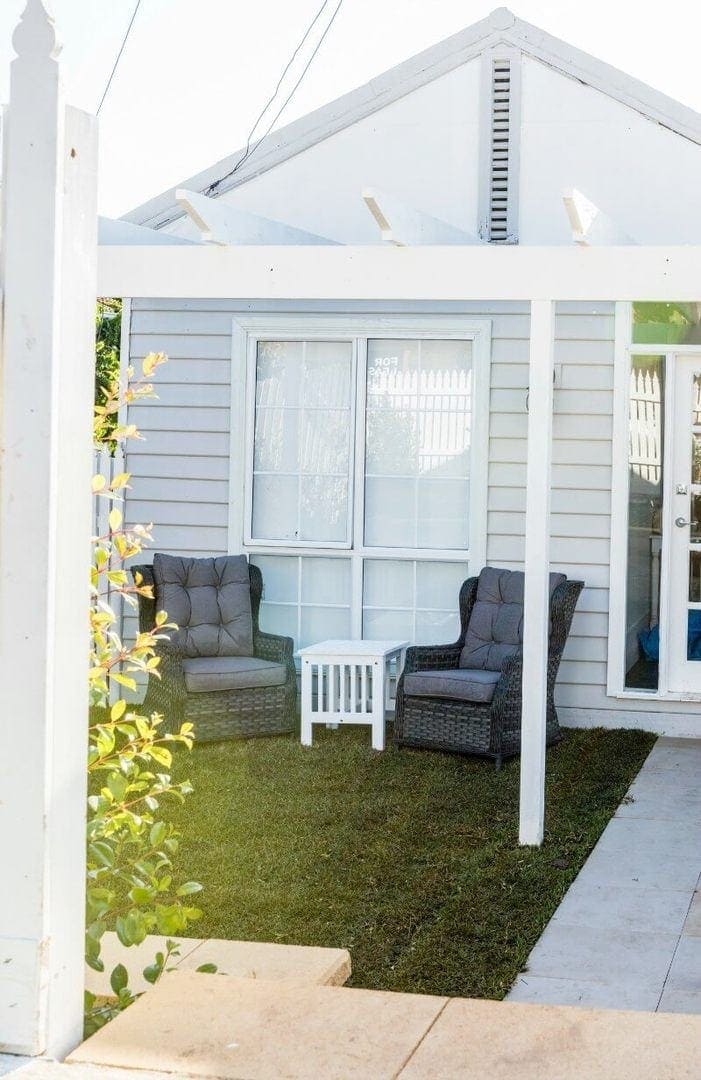 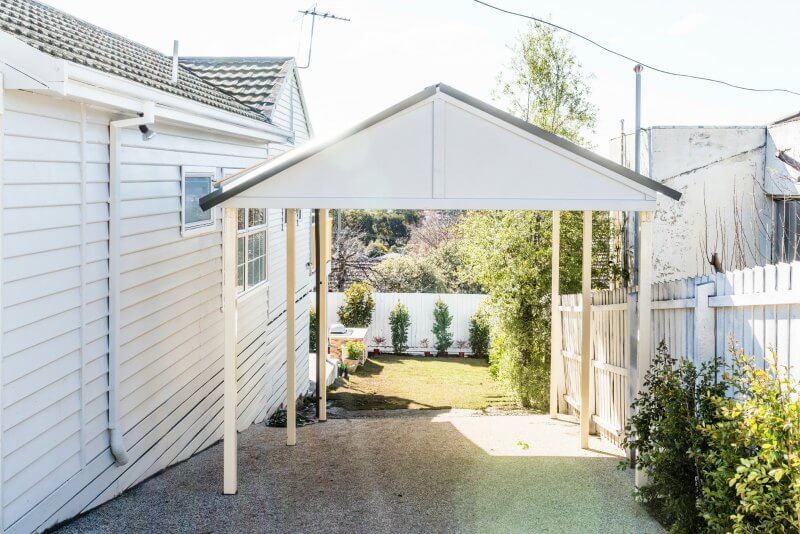 Was this a Winning Zone?

Now, I’m not saying that the front garden is bad. I think the sandstone steps and garden was quite a nice, subdued choice that completely fit in with the rest of the house. I just think the yard feels rather bland.

The choice of outdoor furniture seems quite pedestrian (this is what you call outdoor furniture). If you’re going to creating a zone to sit and relax in, you need to go all out. The chairs didn’t match the table that sat between them, and it all felt like a bit of an afterthought.

I suppose they were stuck with a sloping driveway, but I think that too looked rather disappointing. And the front door needs a step. There’s a significant drop from the doorway to the outside path that needs addressing, otherwise people are likely to trip.

Brooke and Michelle landed themselves on the bottom of the scoreboard this week after failing to turn their concept into a reality in Fil and Joe’s backyard. The couple bowed out gracefully and said that they were grateful for every bit of their journey on the show.

“It’s been amazing to meet these people and work with them,” Michelle said. “It was so much harder than we thought, but it’s been the best adventure ever”.

Now that there are only three teams left – Luke & Cody, Fil and Joe, and Claire & Hagan – the pressure is really on as they undertake a charity renovation this week to score a place in the House Rules 2016 Grand Final.

Were you wowed by Fil and Joe’s front garden? Am I being too harsh? Drop a comment below and share your thoughts.