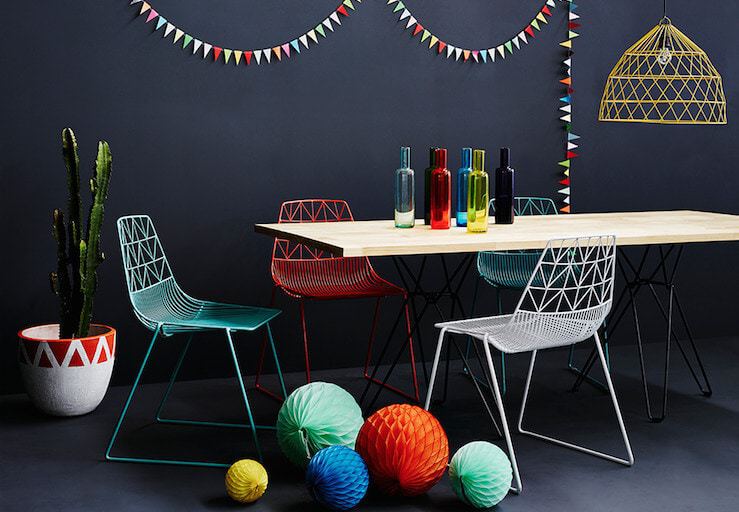 The world of interior styling is nowhere near as glamorous as one might think, but that doesn’t mean that it’s not worth all the blood, sweat and tears that go into a shoot. If you’ve ever wondered what it’s really like to work as an interior stylist, here’s the lowdown (with bonus tips included on how to become one).

Despite wearing many creative hats myself and loving running this blog, trust me when I say that nothing gets me more excited than seeing a photo of my styling work at the end of a campaign. I would be wrong of me, though, not to share what it’s really like to work as an interior stylist. It’s not all pillow fluffing and homewares shopping in the world of styling photoshoots, but it is very rewarding.

I’ve also called on some of the countries stop stylists – and dear friends of TLC Interiors – to share their take on the world of styling shoots too. I think Jason Grant summed up styling best when he spoke with TLC recently.

“Yes, that’s what [stylists] do; we make it appear effortless when in fact it’s usually a lot of hard work. In reality, we are the illusionists”.

The Truth about Working as an Interior Stylist 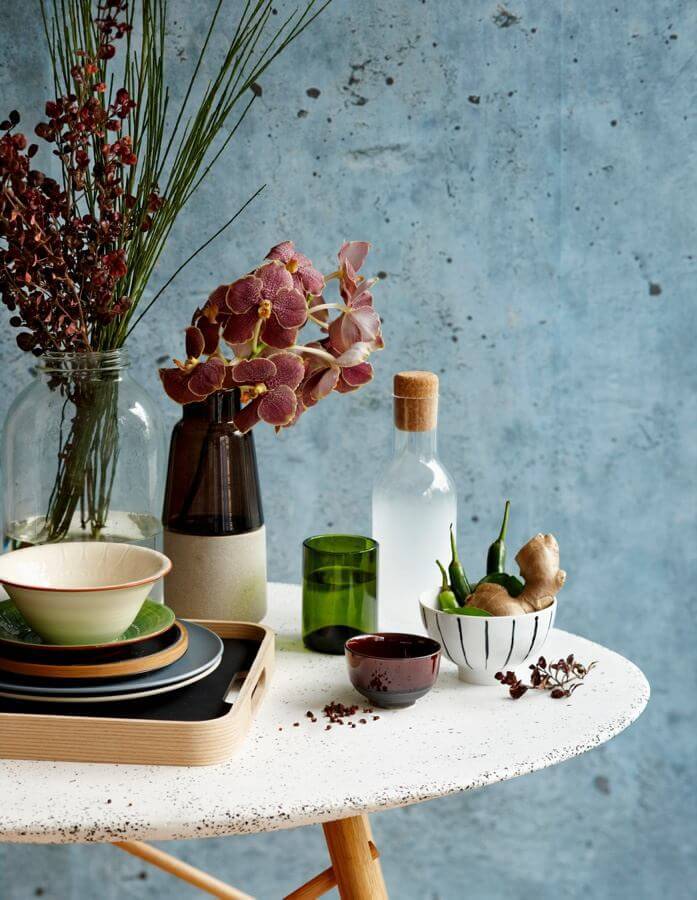 For the most part, a shoot will start at 8am and run until 5pm, sometimes later. It’s often about chasing the light and trying to get the best shot – and that can take a while. Some morning shoots can start at sunrise if that’s the light and look the client is trying to capture.

“We tend to [arrive for a shoot] around 8/8.30 in the morning and generally chase the sun ’til it goes down,” Julia Green from Greenhouse Interiors explains. “On the rare occasion, I have finished up around 4pm, but that’s not the norm. There is always one more shot to get… just one more!”.

Some shoots can run over multiple days. A recent shoot I completed was a two day job, which means your studio hire fees double and some of the stores you’re borrowing product from might charge you more for a longer loan (some stores do free product loans, others don’t).

There is a lot of physical labour

“Its hard work, long hours and more labour than you think,” freelance stylist Imogene Roache tells me. And I couldn’t agree more. The aches and pains you might feel after a day of moving house; a day of styling is like that, except you need to create magic in-between.

Assistant stylists are a godsend in so many ways, but even at a bare minimum they can help you carry around heavy furniture, which is often delivered the day of the shoot and left at the studio door.

A recent shoot I worked on required an IKEA bed to be assembled, and I would have died attempting to do it alone. My assistant stylist that day was a phenomenal help.

“I had the task of moving in, and moving out, of a stranger’s house in one day and had to shoot in-between,” Julia Green explains. “I felt 99 at the end of that one…totally wrung out. Nothing about styling is glamorous despite what it looks and sounds like”.

There are days of work before and after a shoot

Depending on your shoot, you’ll be loaning products from stores. A recent shoot I did required loot from four different stores across Melbourne. That’s a lot of running around, coordinating borrowing and returns, ensuring you don’t break anything and paying the associated fees.

“In-between booking couriers, organising removalists, chasing up product and making sure nothing gets damaged or broken, it becomes quite overwhelming,” she says. “Stylists are recognised for their taste in product and style but the reality is, organisation is everything”.

There is actually minimal glamour behind the scenes.

“We were sleeping overnight in a gorgeous little boat shed with a magical view, next to a bait fridge (eewww!); so make that ‘no sleep’ with no locks on the doors (I was scared for my life) and hornets living in the shower (OUCH!). It was horrible, but the shot we captured at sunrise was remarkable”.

Granted, I’ve never made such sacrifices for a shoot, but trust me when I say that the only beauty is what’s captured on film. The rest is work, and it’s tough work. 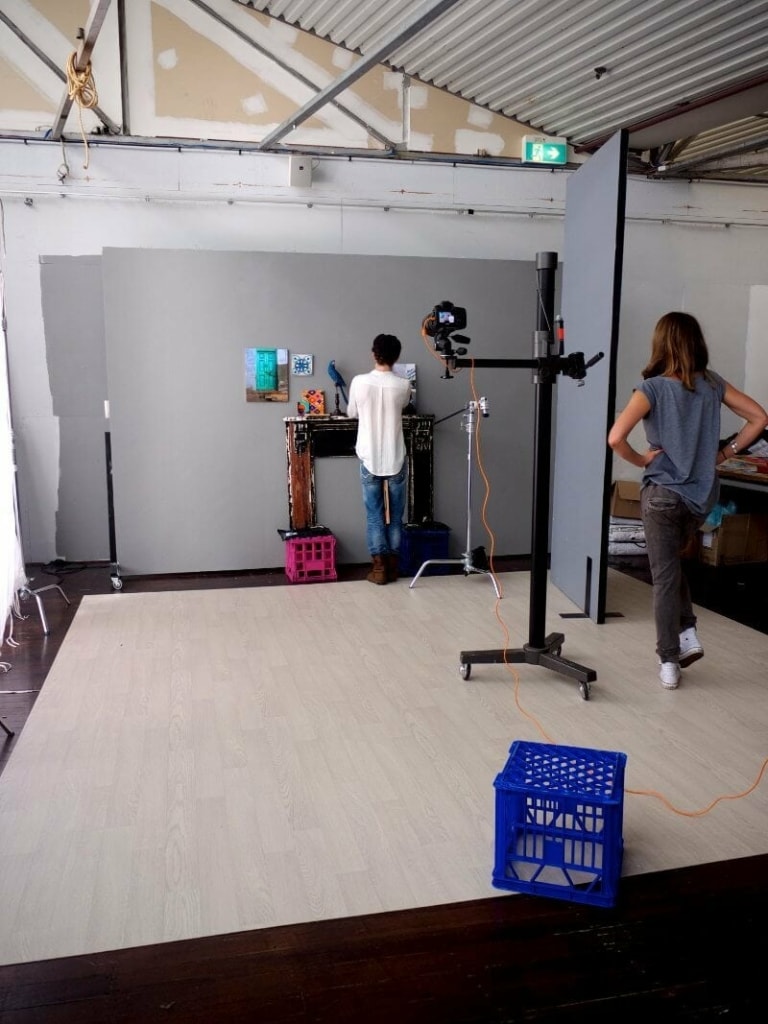 How to get experience – and book work

There’s no easy answer to this. For me, a lot of styling work has landed in my lap because of the blog. Having a large local audience has meant that brands see what I’m about and can leverage my skill set.

But for those of you that don’t have that sort of platform, I’d recommend contacting stylists and asking to assist them (for the most part, you won’t get paid for this). In my early days I contacted and then worked with Temple & Webster, Greenhouse Interiors and Emma Blomfield in an assistant styling capacity and it’s an invaluable experience.

Don’t be afraid to send an email and don’t be intimidated. If your passion shines through and you keep at them, stylists will contact you back. If you work hard on the day of the shoot, you’ll be asked back. And then eventually, a client will come to you to style or you’ll have the confidence to approach people.

Also, contact emerging photographers and ask if they’ll take some shots for you if you want to build a portfolio – even get them to come to your house and shoot vignettes. Building a great relationship with a photographer is everything and many stylists work with the one photographer again and again. So find one you gel with and you’ll build an unstoppable partnership.

“Sometimes it can feel like the leap between assistant and fully fledged stylist can take forever,” Vanessa Colyer Tay explains. “My old mentor Glen Proebstel once said ‘Just keep doing what you’re doing’ and he was totally right. In a nutshell, don’t over think it and take whatever time is required, before you know it you’ll be working on jobs larger than before and your skills will grow greater with every shred of experience. Most importantly, focus on being the best assistant, merchandiser or stylist that you can be”.

Did you find this article useful? I hope it’s given you a clear picture of styling and how you can get out there and make it happen. Drop a comment below and share your thoughts!

Image one via Julia Green for Greenhouse Interiors, Two via Imogene Roache, Three and Four by TLC Interiors and five via Metricon.