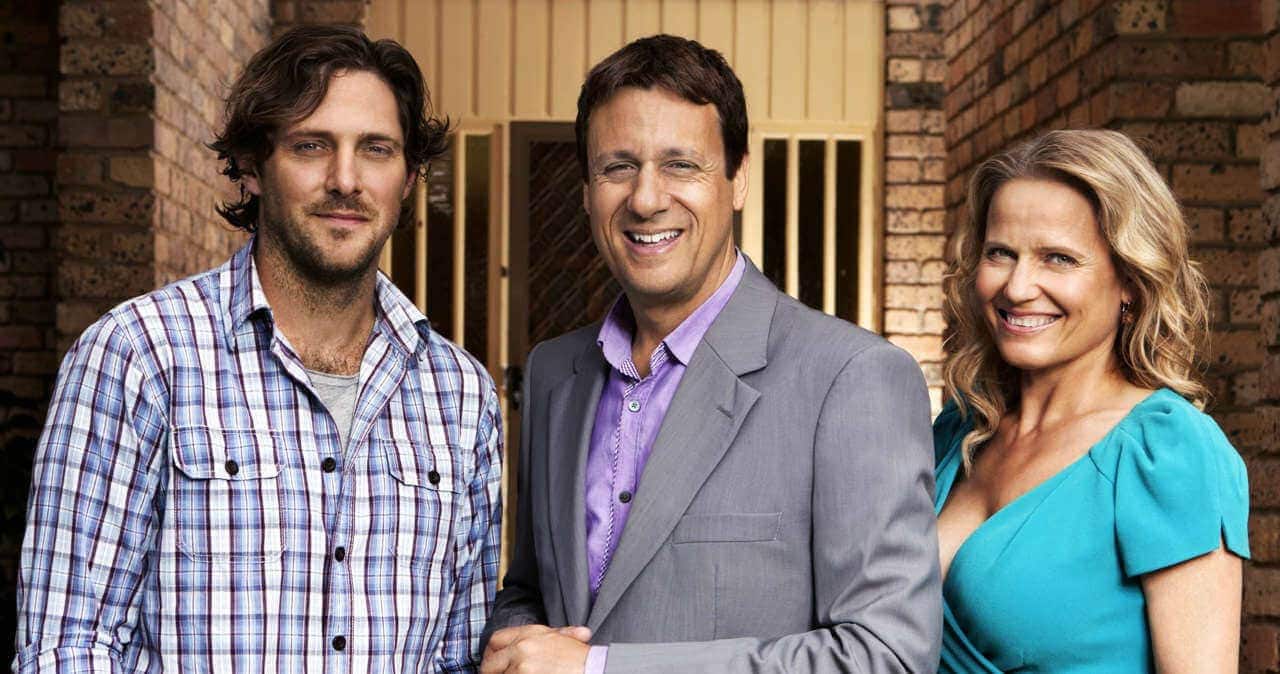 Ever since SHA started in 2008 I have found Andrew Winter to be the hilarious backbone of the show.

His first impressions – where he tells home owners the truth about their properties – are the standout moments of the series. I caught up with Andrew to discuss real estate, living in Australia and what really happens behind the scenes on SHA.

We Aussies know you as the tough-love host of Selling Houses Australia. What was happening before TV?

Real Estate Agent of course, from 1984 to 2008. The TV was running alongside that from early 2002! All I have dealt with day-to-day is houses; media was a total accident and one hell of a shock!
Lifestyle Channel viewers will know that you started out on the British TV Show, Selling Houses. How did the crossover Down-Under occur?

The show kicked off in early 2002 in the UK – until mid 2007.  However, in 2005 I had moved to Australia anyway, never expecting the TV work to carry on, but it did for two-and-a-half years! When the UK had had enough of it – literally that month – Foxtel contacted me here and said ‘fancy making an Aussie version?’ – All because a Lifestyle Channel person spotted an article on me in a Gold Coast paper, saying I had moved over. So one door closed another opened – phew!

I would love to see a montage of your ‘first impressions’ when you go to clients houses, because your brutal honesty is hilarious. Do you just say the first thing that springs to mind?

What’s been your worst first impression to date or awkward moment with a client that perhaps we didn’t get to see?

(laughs) Trust me, on our show, you do get to see all awkward moments; there has been one in the UK and one here. Both were very tricky as there were ‘issues’ with the clients, clearly, that our show could not deal with, so it got cut. We do care you know. Having said that, with both meltdowns, the home owners apologised and accepted what was being said was actually designed to help and was correct. We are not a fluffy, no-result show – we film real reality!

Charlie and Shaynna love to give you a hard time for not putting in the hard yards. But the host never does the laborious work, right?

I used to in early UK versions and did so in Darwin last series! I don’t actually mind at all, but I am pretty dangerous with tools, so in fact it is best avoided. But painting, sourcing, cleaning etc, no worries.

What do you think is the biggest mistake people make when they’re trying to sell their home?

An automatic assumption that it will sell easily and at a price they would never pay if they were a buyer!

On the Show’s Cult Following…

Selling Houses Australia has a certified cult following. How do you feel about it and your contribution to its success?

It is all about me!!! (laughs) Cult – seriously… do you think so? I just love houses and real estate and throw in some real characters and off I go. I never wanted to be in TV, never knew anyone in TV, hated anything like it. It took me years to get used to it. I only ever got into it by default and an ex-colleague – please read my book for more.

What’s on the horizon for Andrew Winter? Are you staying in Australia for a while?

We are Citizens. Try telling my three kids we are moving to the UK – they would leave home. I hope Foxtel will find something else for me too, but want to carry on SHA until I can no more. I love doing my day job. I have clients who plan to sell, cannot sell, want to develop to sell etc, who use my consultancy service; that is fantastic and it keeps me in the real estate loop. People are often surprised that I will happily ‘help’ (for a fee of course), but that is often in the scheme of things not too bad, depending on where my consultancy is (plug plug: contact me via www.andrewwinter.com.au).

What’s been your most-fun moment on the show to date?

That is easy; our Gerringong house. We messed around with a shot and did a whole piece where Shaynna was in the boot of the car. Oh we laughed! It never made it to air.

Find out more about this real estate guru, host and author on the Andrew Winter website.
Check out more on Selling Houses Australia on the Lifestyle Channel website.