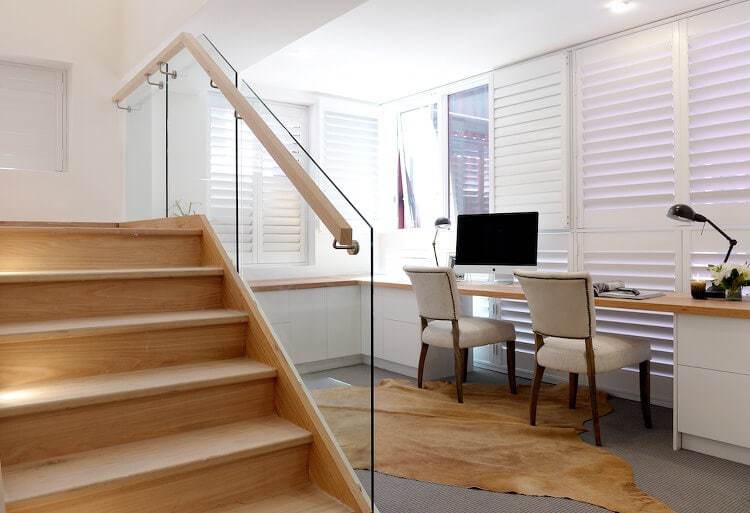 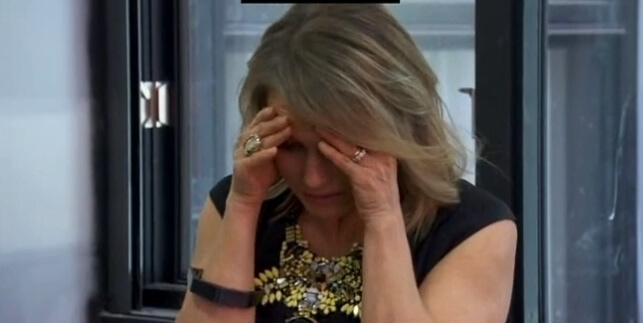 What a sad and sorry week it was on The Block Triple Threat, as the study and staircase reveals went down. That’s if you can call them staircases and studies, considering two were not completed and one was only almost there. We’ve gotta give some props to Jess and Ayden for actually completing their spaces and pulling off some pretty good rooms. Not that it was all sunshine and rainbows for them though, as you’ll see below.

Again, as with last week, I am loving Shaynna Blaze even more. Let’s take a look at the styled rooms and please feel free to chat with me in the comments below! 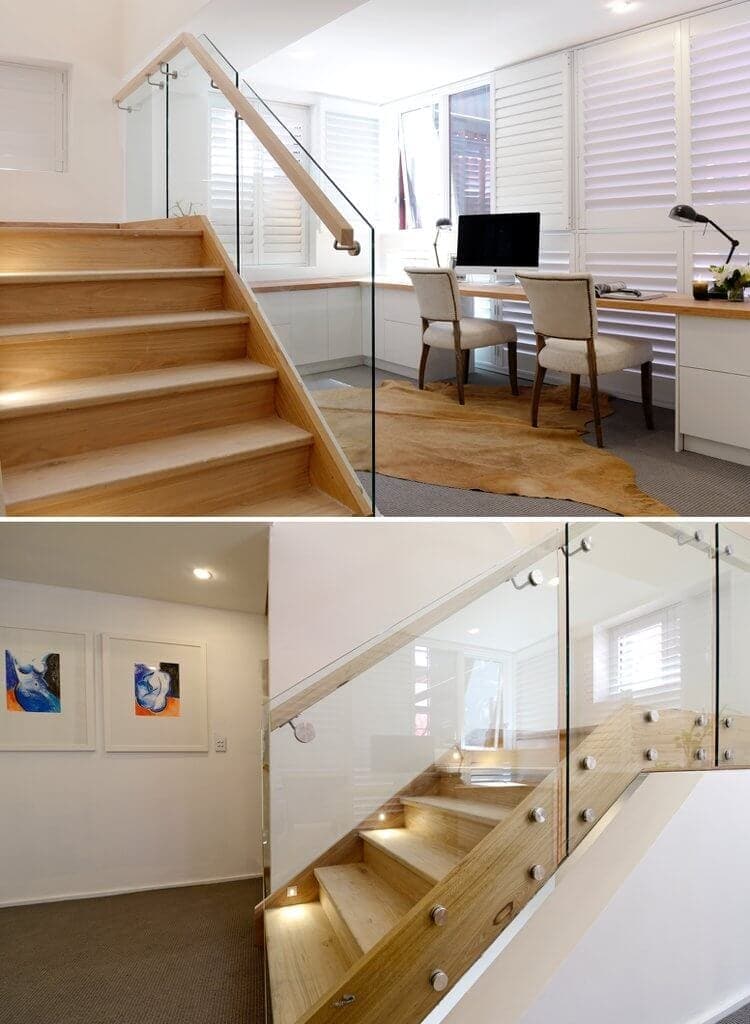 There was a really nice colour story going on in this office space – and I’m all for a neutral palette in an study like this. The shutters rocked, the timber table top was lovely; this was a nice start. That said, I don’t think they took it far enough. Even a super-subdued room should still have some wow moments.

You can inject some pizazz into a neutral space through texture and pattern, but I don’t think they brought those elements into the room. I’d give Josh and Charlotte’s study and staircase a 7. It just needed a few additional elements to make it feel resolved.

Well… you can’t really judge a room when there isn’t one to judge. I’m not sure what happened here but by the looks of it they wasted a lot of time. I didn’t see it during the week, so let me know if I’m wrong.

TV overkill was the right way to describe these spaces, Neale. An epic fail. 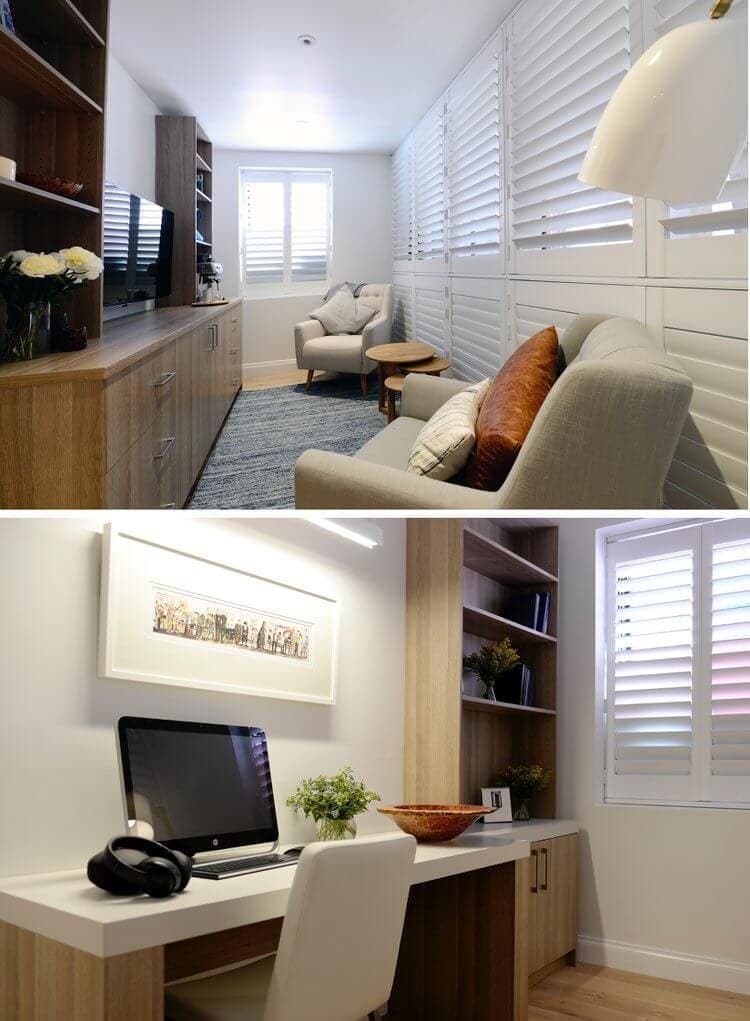 Jess and Ayden delivered a glorious staircase. Hello improvement! I did love the architectural details and it was all rather well considered.

As the reveal shots of these other two spaces rolled over I thought… eek. Two very narrow rooms that may have had some gorgeous furniture pieces in them, but I didn’t think the size of them was right, not in the second room anyway. It all felt a little bit cramped, don’t you think?

The office was nice, don’t get me wrong. They definitely get major points for that. The pendant lights were also pure divinity. These guys are showing some really good signs of improvement, but they need to keep proportion in mind. Those armchairs facing that great whopping TV cabinet installation was pure madness from a spacial perspective. 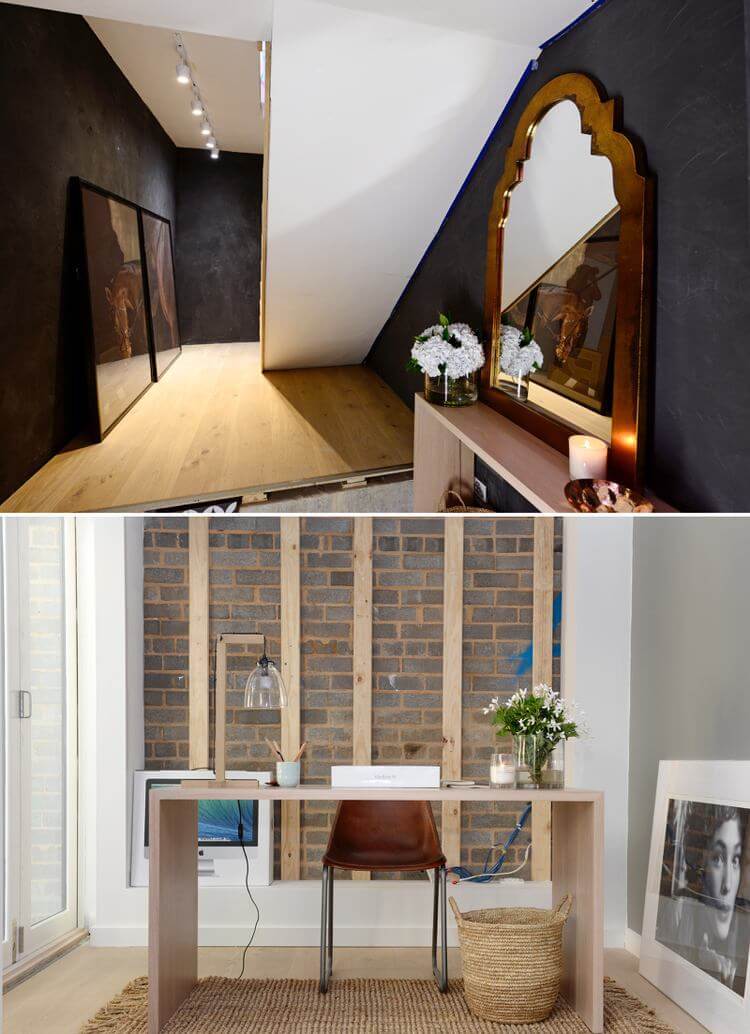 Well, this was much the same as Tim and Anastasia’s space. What went on here? Those tiles Dea put on the floor were really dreamy, though. I have one of them on my desk and home and they’re stunners. So I can kinda see the direction this space was going in. Moreso than Tim and Anastasia’s, anyway.

I can’t say I like those pendant lights at all. The shape was a bit off for me. And they were hung rather low, which would be problematic in some cases.

The study was so sad. Even imagining this space complete, there were still issues. The desk in the middle of the room was terrible. I am so glad Shaynna brought that up. In a space as small as this, you’d be mad to plonk a large desk where they did.

>>> What a sad and sorry week it was this time around. What did you think? I know the spaces were barely finished in many respects, but did you have a fave? Drop me a comment below and let’s chat!