Drop your email below to get all the tips, ideas and inspiration you need to make your home amazing.
TOP
Home  /  News + Media   /  The Block Contestants: Where are They Now? (Part 1) 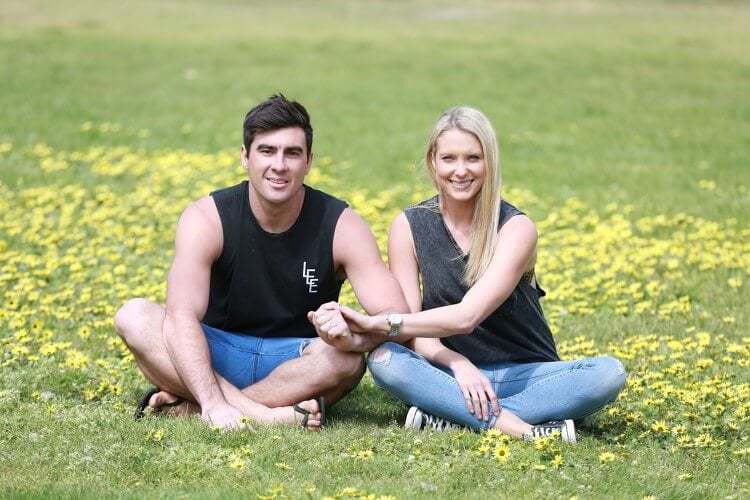 The Block Contestants: Where are They Now? (Part 1)

I often wonder about The Block contestants post-filming, don’t you?

Some dynamic duos go on to do big things. Others you never hear from again. That’s not to say that the ones you don’t hear about aren’t off forging successful careers away from the camera, but it takes a certain knack, talent and determination to stay in the spotlight; be it on TV, online or in the design world. Same goes for The Block contestants.

In part one of my Where are they Now series, I’m catching up with three teams from The Block who have maintained notoriety long after the nail-biting auctions took place. Let’s find out what they’re doing now, what their time as The Block Contestants was like and what advice they’d give to those auditioning!

The Block Contestants: Where are They Now? (Part 1) Launching a blog and online store were the first two items on the agenda for Dani Wales after filming wrapped on her and Dan’s season of The Block. Most recently, though, you’d have seen both of them on the tele. Dani on Channel 10’s new lifestyle series, Healthy Homes, and Dan as foreman on this season of The Block Triple Threat. They’ve also started their own construction business and Dan is now a builder.

Going into their season of the show in 2012, Dani says that she had no real expectations.

“I was just so excited to have been given the opportunity to participate,” she tells me. “To actually make it through and compete not once but twice was such an incredible opportunity”.

Working as a data analyst for NAB prior to entering the show, Dani’s entire career took a turn pretty quickly and pretty dramatically. Her successful blog, The Home Journal, is a go-to hub for lifestyle lovers that showcases the best in home design while covering other topics like culture, lifestyle and gardening. It’s safe to say that Dani and Dan have done pretty well for themselves since they their season ended and Dani tells me the experience strengthened their relationship.

Their time on The Block
“We worked harder than we ever have across the two series we were involved in and were very lucky financially both times. I think our first series was such a shock as we weren’t expecting to make any money at all due to the largely unsuccessful auction from the Richmond series”.

The upside of appearing on the show
“The Block completely changed our lives… and for the better…how lucky are we?”.

Dealing with the negativity
“Filming was intense as we were always sleep deprived and operating under such extreme pressure. We did have quite a bit of negative attention on social media, especially in the first series, but we took it in our stride”.

Advice for those who want to audition
“The casting agents want to see people that everyday Aussies will connect with on some level, so show as much as you can of your personality”.

The most-famous TV twins since Mary-Kate and Ashley, Sky High contestants Alisa and Lysandra have gone from strength to strength since their season wrapped. Their online sore, Alisa and Lysandra Collections, is a treasure-trove of high-end homewares and furniture, which aims to make it easy for shoppers to buy everything for their home.

Now that they’re on the other side of their experience as The Block contestants, the girls explain that any expectations they had about the show were surpassed.

“It’s only natural to attach expectation to any experience you’re about to have, but what comes after is completely unscripted; it’s always a surprise and that is the thrilling part of life”.

While their online homewares and furniture business started small, the girls tell me that things grew pretty rapidly. They now have six employees on deck and things look to expand beyond that shortly.

“It’s a good feeling to know that we are creating these opportunities,” they say. “We are also involved in a number of interior design projects, and collaborations with respected national brands”.

Upside to appearing on the show
“Every moment we have experienced since has stretched us to new dimensions, both personally and professionally – and we know we have grown”.

Were there any downsides?
“There are never downsides; just challenges that make you grow and learn, and we’ve certainly had ours. Dealing with criticism can be hard sometimes; it taps into that vulnerable part that most of us are not comfortable exposing, and yet that too becomes easier”.

Advice to those putting audition tapes together
“Be yourself; everyone else is taken!”. Max and Karstan: The Block Glasshouse (2014)

Max and Karstan were perhaps my fave contestants because they had such impeccable taste. I recall the terrace design they did on their series, The Block Glasshouse, and it was stunning. Going into the series, the hubby and wife team say that they approached it with an open mind.

“I had no idea what we were getting ourselves into,” Max tells me. Karstan says, “Building the apartments under the extreme highs and lows was one side of the experience. Watching it back on TV and seeing how it has all been put together was the other. I miss the stress!”.

Since their season ended, Max has gone back into doing events and now manages their website, The Discovery Tales. They’re also planning their next renovation. Karstan’s urge to pursue a creative career lead to the birth of their new biz, Poppy Smith Design, which produces stunning homewares pieces – and he’s also going back into the real estate industry.

“I guess the show hasn’t changed my life at all,” Karstan says. “It has just moulded it into a new direction and made the path a little easier to follow … I now have a beautiful wife too!!”.

The reality of the show
“What I did notice very quickly was that there was no smoke and mirrors,” Max says. “We had no assistance what so ever, we were on our own. It was real and we loved it – all of it”.

The upside to appearing on The Block
“It was an incredible experience in which I grew as person, made friends and gained a great deal of skills,” Max tells me. “Ahh… I REALLY miss the adrenalin!”.

Were there any downsides?
“Personally, no,” Karstan says. “Nothing comes easy … there will always be ups and downs … it all comes down to what you focus on in the end. And that was making awesome friends, building a house in 12 weeks and going through The Block experience”.

Advice to those who want to audition
“Don’t try and be like other blockheads. Be yourself, be unique, stand out and make your audition exciting. Don’t be afraid to get a little crazy! Karstan dressed as Scotty, I think that definitely helped us over the line”.

Have you Read Part 2?

Want to find out more about The Block Contestants and what they’re up to now? Click here for part 2!

Image one from realityravings.com, Images two and three from The Block contestants’ pages.

The Best Type of Carpet for Pets Revealed: No Stains, Fade or Fuss!

8 Best Beds with Storage Underneath: Drawer and Gas-Lift Options