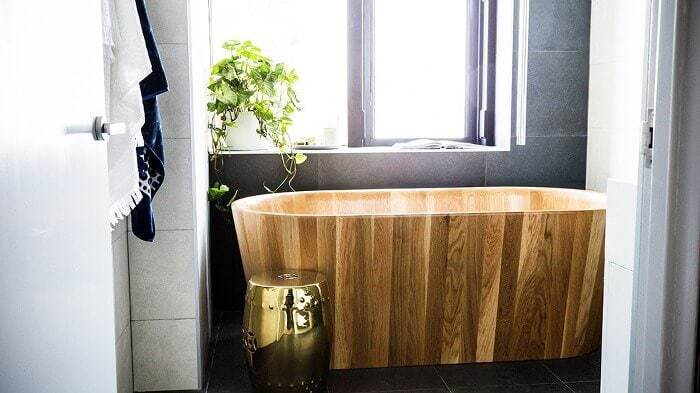 Let’s Talk The Block Glasshouse Ensuite Reveals and that Bath!

Ensuite week hit The Block Glasshouse last night and I was rather looking forward to the reveals. My ensuite at home is anything but stunning, so I was eager for some interior inspiration and a few swoon-worthy designer moments. Did I get it? Well, yes and no. 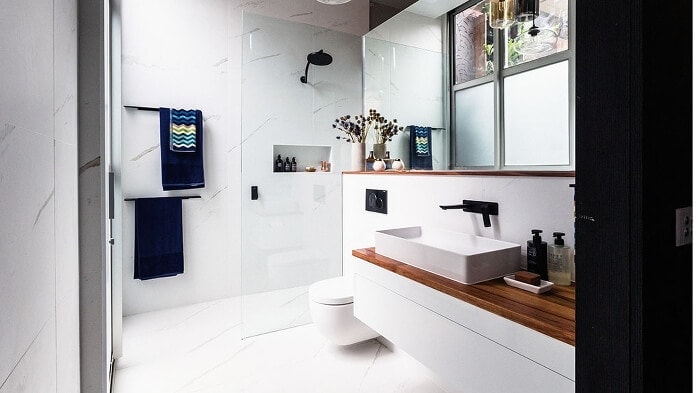 Last Sunday, Michael and Carlene revealed the best (and only decent) living room of the lot, but I wasn’t overly wowed with the ensuite they created this week. I’m not sure that it felt cold to me, but it did seem quite hard and clinical. The pendant lights were my biggest issue. They looked out of place in the space.

Best Bit: The black tapware. Give it to me immediately if not sooner!
Worst Bit: The flowers. I’m with you, Neale; dead flowers are not hot. 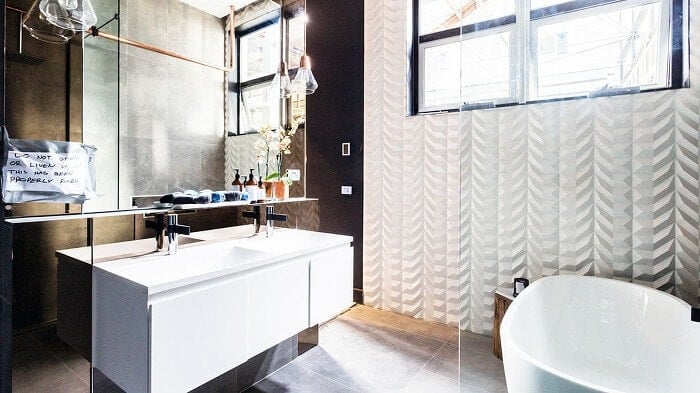 OK, the moment I laid eyes on the copper piping they had me. I was smitten. I go bananas over exposed piping so that was a real wow moment in the space. I think the tiles were overkill, however. Geometric and textural, sure. And granted, you might want to touch them. That doesn’t mean they’re right for the space. They were far too dominant and overbearing.

Best Bit: The bath and that side table. To die for.
Worst Bit: Forget the lack of finish; the (over) styling was terrible. They cannot be left alone with accessories! 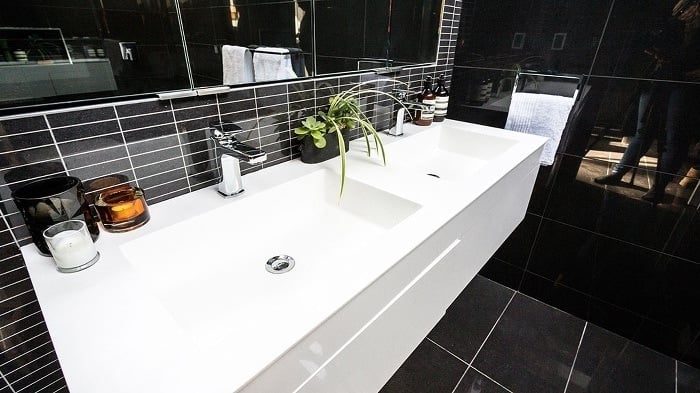 Hello Christmas! The gloss factor in this ensuite was killer. I adored it. It felt sleek, sophisticated and a little luxe. I admire their restraint. They didn’t want to go too mad with money and it hit all the right notes without going overboard. I don’t agree with Shaynna saying it felt cold, nor do I feel it’s particularly dated. It’s just a very useable bathroom.

Best Bit: I liked that it was ‘generic’. It’s an ensuite. It was lovely and well considered.
Worst Bit: I wasn’t mad for the pendants.

That tub. No. I can’t in all good conscience agree with the tub Shannon and Simon used in the ensuite. If Max and Karstan’s felt generic to the judges, how could this not feel like a fleeting fad that’d date in a year? I must be living in a parallel universe of some sort. I hate that tub!

Best Bit: The pendants were stunners in this room. I want them for my bathroom.
Worst Bit: The tub. The tub! 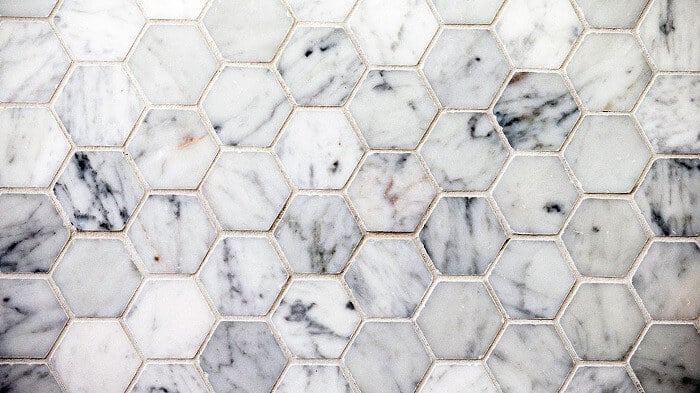 The tiles in this ensuite are dreamy – and they were smart to keep the space fairly subdued , letting the light flood into the space to dance across the walls. The space was small, so going too mad with colour play or pattern would have been a bad move. I wasn’t overly wowed with the room, though. It was just… OK.

Best Bit: Those hexagonal tiles are the stuff my interior dreams are made of.
Worst Bit: Um, can Deanne’s attitude be the worst part this week?

What did you think this week? I’m eager to get your thoughts on Shannon and Simon’s bath choice. Surely I’m not the only one who isn’t keen on this.

Photo Credits: All snaps in this post come courtesy of jump-in.com.au