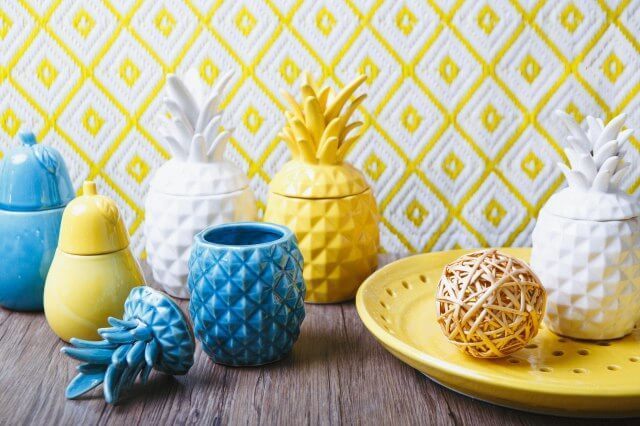 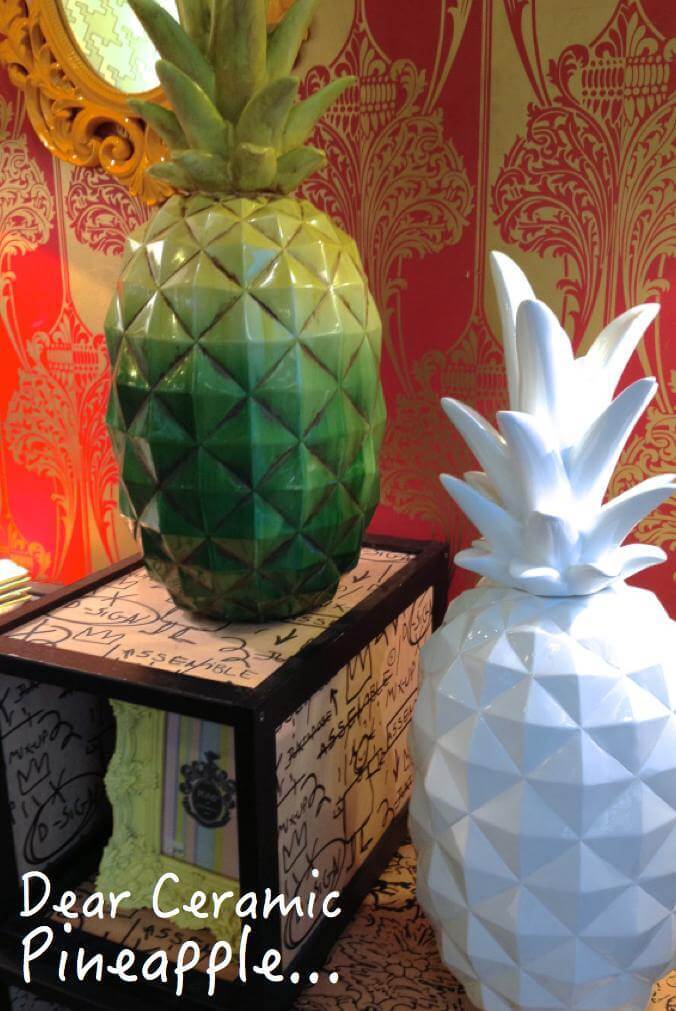 I think it was through a press release from Freedom that first met. I probably gasped aloud and exclaimed to myself that you were the best thing since sliced bread and I couldn’t wait to get my hands on you. And I really meant it. I envisioned what life would be like with you in my vignettes at home. You were to be the game changer that had me looking at the tropicana theme in a whole new light. And I was sure you’d be in my life forever.

It wasn’t long before you popped up on The Home website. Not only were you rocking your pineapple silhouette (your stoney exterior drizzled in bright yellow paint), but you opened up to reveal something even more amazing inside; yes, you were in fact a ceramic pineapple cookie jar (hashtag #beyond), further cementing yourself as the best thing to happen to homewares since letter lighting (Fromage La Rue, of course!).

It wasn’t long before I spotted you in OZ Design in a divine Indigo colourway, and shortly after, in just about every store, interiors mag and instagram photo (thank God you can’t be snapped beautifully in flat lay, or it would really be the nail in the coffin).

There’s no easy way to say this, Ceramic Pineapple, but it’s over. We’re done. And not only are we done, but I want you to be done in everyone else’s life, too.

It pains me to admit that you were a passing fad. I hate to even type those words, but we both know it’s true. Not only were you featured everywhere – and so often – that I thought you were being represented by Roxy Jacenko’s PR team, but you were also bastardised as well; remade and reproduced into versions of yourself that even you wouldn’t recognise.

Breaking up is never easy – and I would love to say “it’s not you, it’s me”, but the horrible truth is that it is, in fact, you. And fads are OK. I don’t even want you to get hung up about that label, because you’ll probably come back around again – as a returning trend in about ten or 15 years. But for now, it’s time to hang up your boots. Watermelons are already almost on the nose, so I guess that’s kind of like the silver lining, right? You’re not alone.

It was a gorgeous three or four years, but I must move on. I’ve already fallen for other soon-to-be-fads pieces, like the cactus, and there’s simply no more room for you at the inn (no, really, my sideboard is literally overflowing with homewares).

Thanks for the memories. Chris x

Are you over pineapple homewares or are you still infatuated? I’d love to get your thoughts in the comments below! 🙂