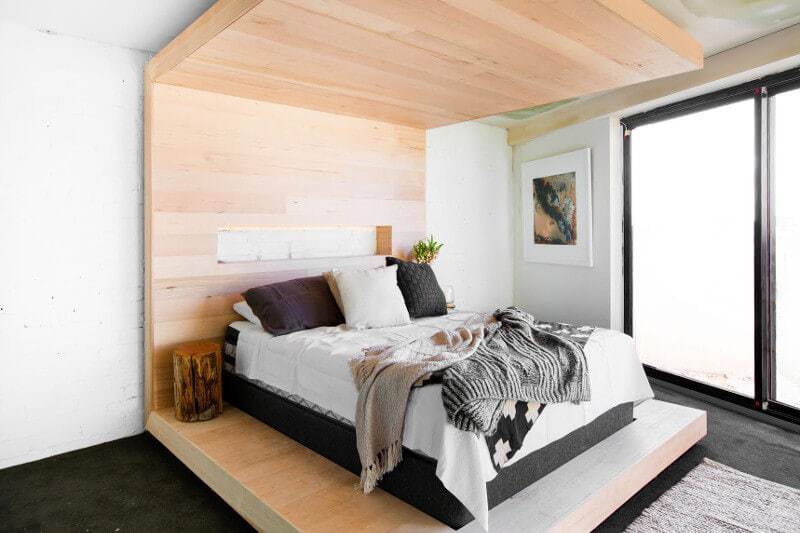 Either The Block judges are all living in a parallel universe this week or I am. Considering they’ve been in their respective field for years, I’m completely open to the latter possibility. This week’s Master Bedroom Reveals on The Block were truly peculiar to me for a few reasons.

There was some really diabolical design moments, others I thought were ho hum (but the judges adored) and a scoreboard that left me completely baffled.

Let’s take a look at the styled shots, judges comments and get a look at product stockist info too! 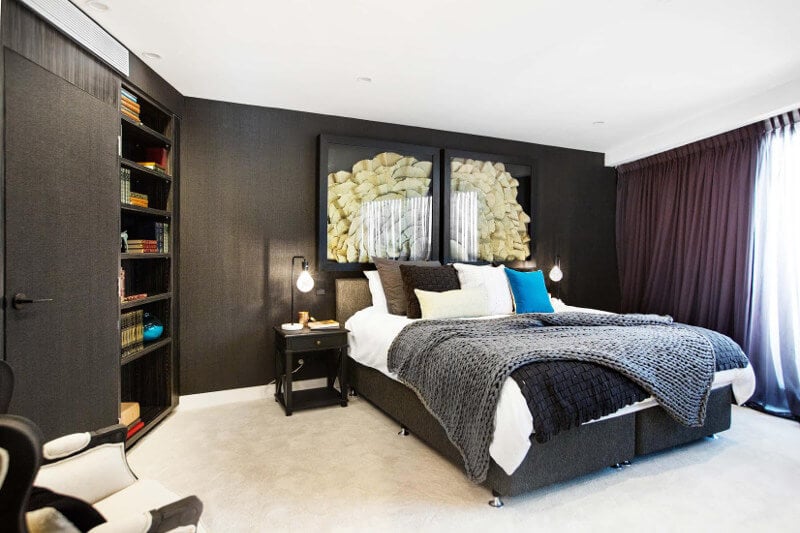 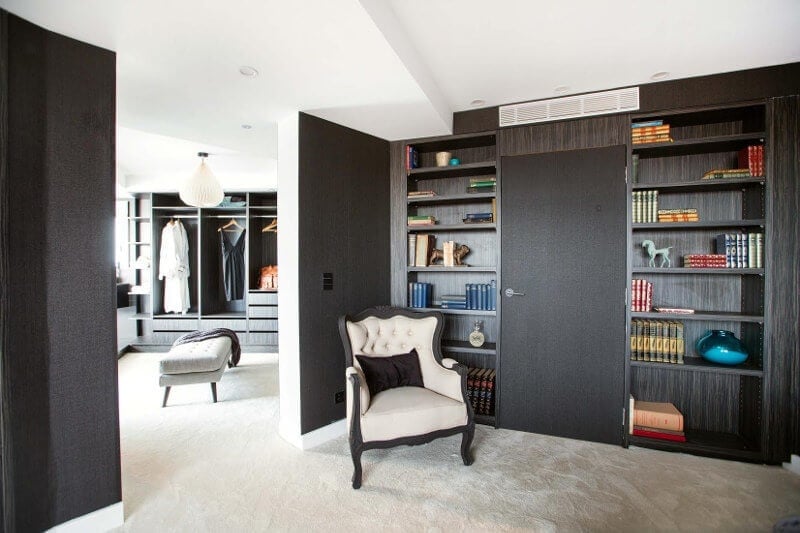 Perhaps I’m just not into the luxury hotel look – which is how Darren described Suzi and Vonni’s master bedroom – but I wasn’t too keen on this space. Neale was as impressed as Mr. Palmer, saying it felt like a gentleman’s club. Shaynna was smitten with the glamour in the space and they all had nothing but praise for the wallpaper, bedding and artwork choices.

I think the space feels a little dark, gloomy and dare I say it… boring. It feels a little bit cookie cutter in terms of what people think of when they imagine a high end hotel suite. There were no surprises here for me.

The girls came in first place. Do you think it was justified? 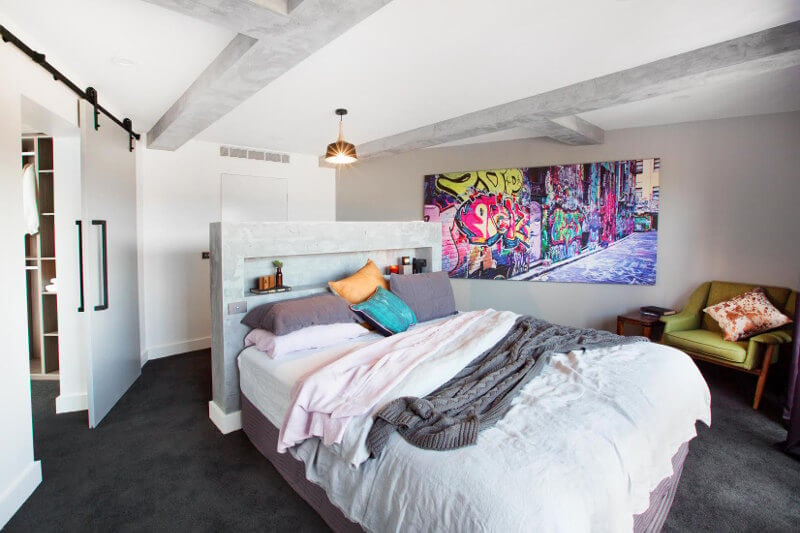 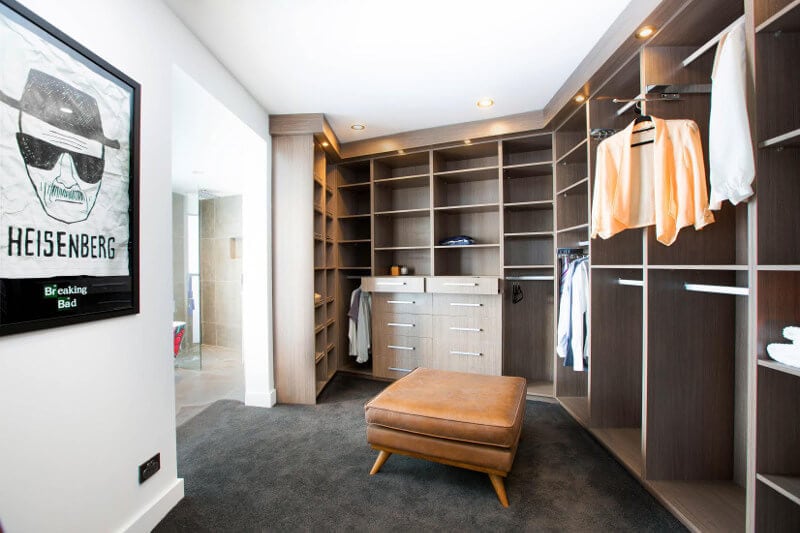 Again, I must be living in a parallel universe because I think the layout of the room is a shocker. To walk into a bedroom and be met with a rendered wall (the judges loved it, btw) is less than ideal in my books. First impressions in a room really count, and to have a wall smack you in the face the moment you enter is a no-no in my humble opinion.

I also thought that the bed looked really messy. Gorgeous bedding, of course, but styled quite badly. And you know how much I love grit and graffiti, but that artwork wasn’t right for the space. Again, nothing standing out as wow to me. Am I being too hard on the guys? Maybe my attempts to cut back sugar this week are deeming me irritable?! 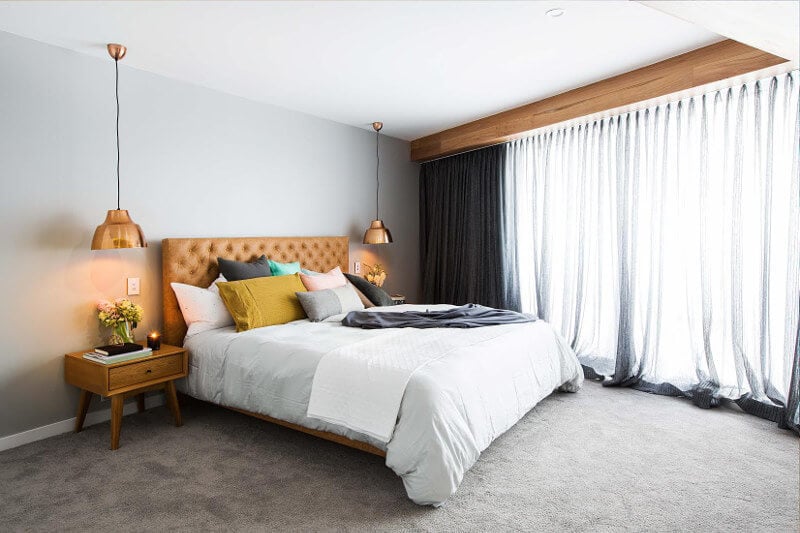 There were some really cool ideas here and as a whole I quite like this space. I love what they did with the TV popping out of the cabinetry. Neale was equally impressed by it, though overall he thought that the room wasn’t at all individual. I see what he’s getting at, but I think it felt special enough.

Shaynna didn’t like the bench seat and I have to agree with her. Love the concept, but it’s kind of pointless to have a seat beside a TV, too far from the window to really take in a view. It’s a fab idea, but not ideal here.

Dean and Shay also needed to cool down the room a bit with more blue and grey tones. There was a lot of tan colouring in the space and it felt a bit warm. 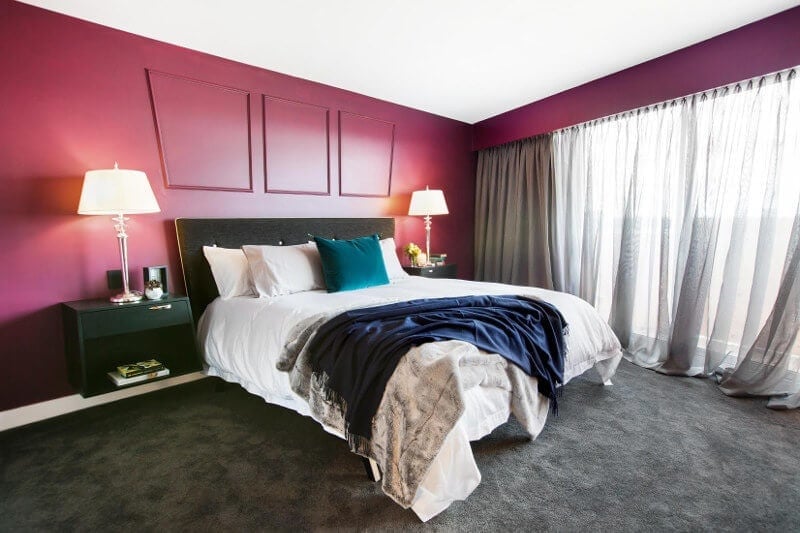 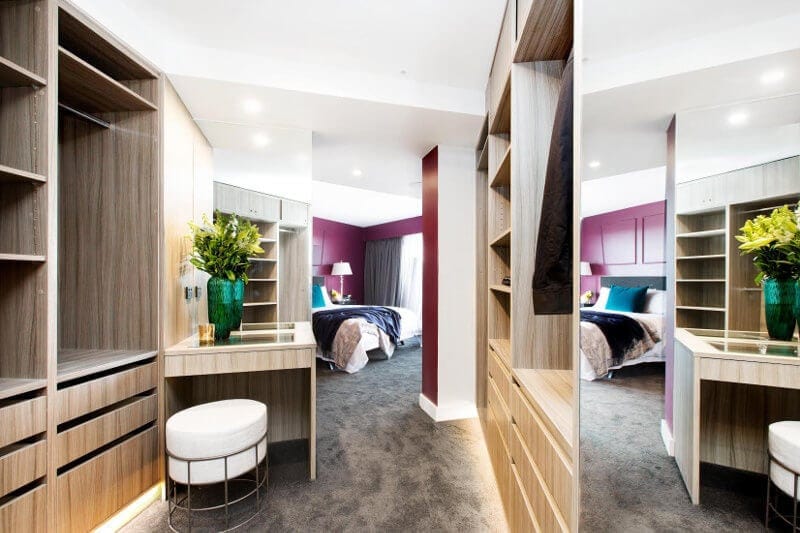 That Mulbury coloured wall; there is no excuse for it in any way, shape or form. It really brings down the entire room. Though Neale didn’t mind it, thankfully Darren and Shaynna were on my side. Darren commented that he wanted to see something softer in the space and he makes a really valid point. It all felt rather harsh, don’t you think?

They also need to stop attempting sculptural effects on the walls. That panelling, like in last week’s room, was a fail.

I do love the carpet, window treatments and floating bedsides. It’s not all negative, but there is definitely room for improvement here. 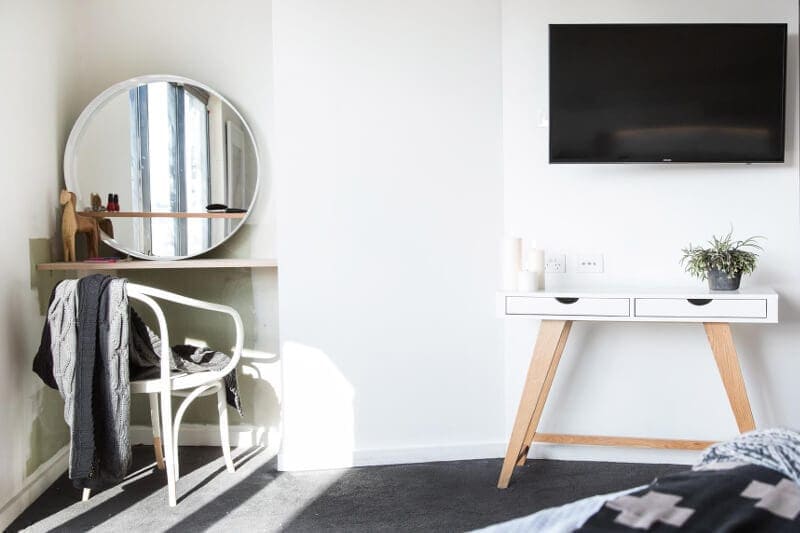 Now, this is the space I was wowed by. And I am so wowed by it that I don’t even care that it wasn’t finished. I’d rather see a room half done and with promise of becoming breathtaking that a completed room that doesn’t work. I think Andy and Whitney were robbed this week. I liked their space the most.

The judges were clearly not agreeing with me, though they did like some elements in the space. They really pulled them up on their time management. I totally hear you guys, but look at that bed. Look at the wow-factor potential. I am so sad A&W came last!

>>> Which was your fave space from the Blocktagon Master Bedroom reveal? Drop a comment below and let me know!