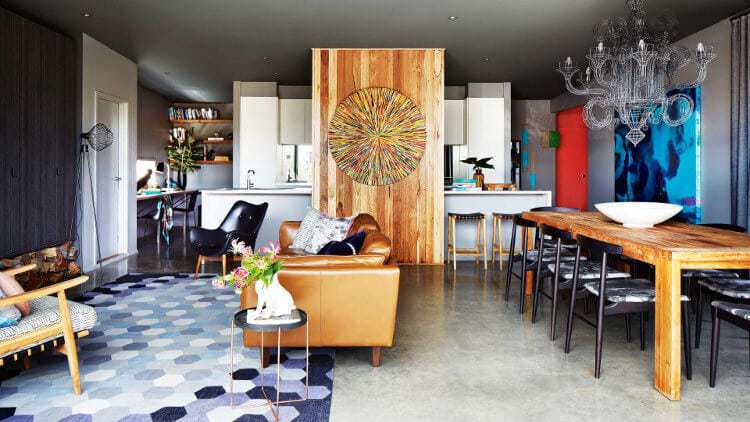 The Truth about Styling Homes for Magazine Shoots

I often wonder about the homes featured in magazines. I’ve seen enough episodes of Next Top Model to know that along with smizing being essential, everything is not as it seems in the world of capturing humans on film.

I couldn’t help but wonder if it’s the same when homes are photographed and printed in our fave interiors mags. I mean, everything looks so perfect; I assumed that at least some props were brought in and that a little bit of work was done in post production to make those space seem so sunny and envy-inducing.

I decided to ask the expert in interior styling, Julia Green from Greenhouse Interiors, about this very topic. Julia has years of experience shooting homes for mags like Inside Out, Home Beautiful and House & Garden, so it made perfect sense that I get her to dish on the truth about styling people’s spaces for magazines. You might be surprised by what I’ve uncovered!

The Truth about Styling Homes for Magazine Shoots

A shoot can be done in one day.

“It doesn’t take me days and days. I am only ever usually employed for a half day or full day for styling. We tend to get there around 8/8.30 in the morning and generally chase the sun ’til it goes down,” Julia explains. “On the rare occasion, I have finished up around 4pm, but that’s not the norm. There is always one more shot to get… just one more!”.

“I remember when I had my own home shot for the first time, they moved every single object and left me wondering if I had really bad placement. But in fact, I soon learned it has nothing to do with that, but moreso the way the camera reads the room. So explaining that to poor unsuspecting home owners is always high on my agenda so they don’t feel the same way I did”.

There can be a lot of smoke and mirrors.

“Quite often I ‘C-Stand’ in a hanging plant that never really existed before,” Julia says. “We have many contraptions to help us create a certain look, and the old C-Stand is definitely one of my favourites. Sometimes, it’s a Pilates class too; where we hold in an artwork and the photographer will make us disappear from the image in post production. It sure beats taking the hammer to the wall when you’re not in your own home”.

People and pets add a layer of difficulty.

“Pets and people are sooo hard to shoot and add another whole layer of complexity. The poor homeowners have a gaggle or people staring at them asking them to move two centimetres, smily slightly etc… and it’s anything but natural. What they say about working with kids and animals is true! Interiors don’t move, and they do as they’re told as a rule. People are not the same. I thank my lucky starts that I am behind the lens every day as opposed to in front of it”.

Not all items belong to the home owner.

“Sometimes I pack half of my house and other times I turn up with nothing by foliage. Though that is rare. Most homes need a degree of propping for magazines, or replacing of certain items”.

Julia recalls a time when she turned up to a home and the place was virtually empty, leaving her to fill it with almost all of her own props.

“I had the task of moving in, and moving out, of a stranger’s house in one day and had to shoot in-between. I felt 99 at the end of that one…totally wrung out. Nothing about styling is glamorous despite what it looks and sounds like”.

Every stylist has a fave home shoot.

“My all-time fave space was a shot for Inside Out a year ago. It was the home of Vanessa Kortlang and was packed to the rafters with ingenious use of colour, pattern on pattern and the coolest collectibles I’d ever seen. She had innate style that lady, and it was an utter delight to go with it. Despite living in a small Victorian cottage, she had created my version of utopia that celebrated every colour of the rainbow. I hope she reads this. People that that deserve to be recognised for their cleverness”.

The images in this post were all styled by Greenhouse Interiors and come courtesy of Inside Out Magazine. All images were photographed by the awesome Armelle Habib.