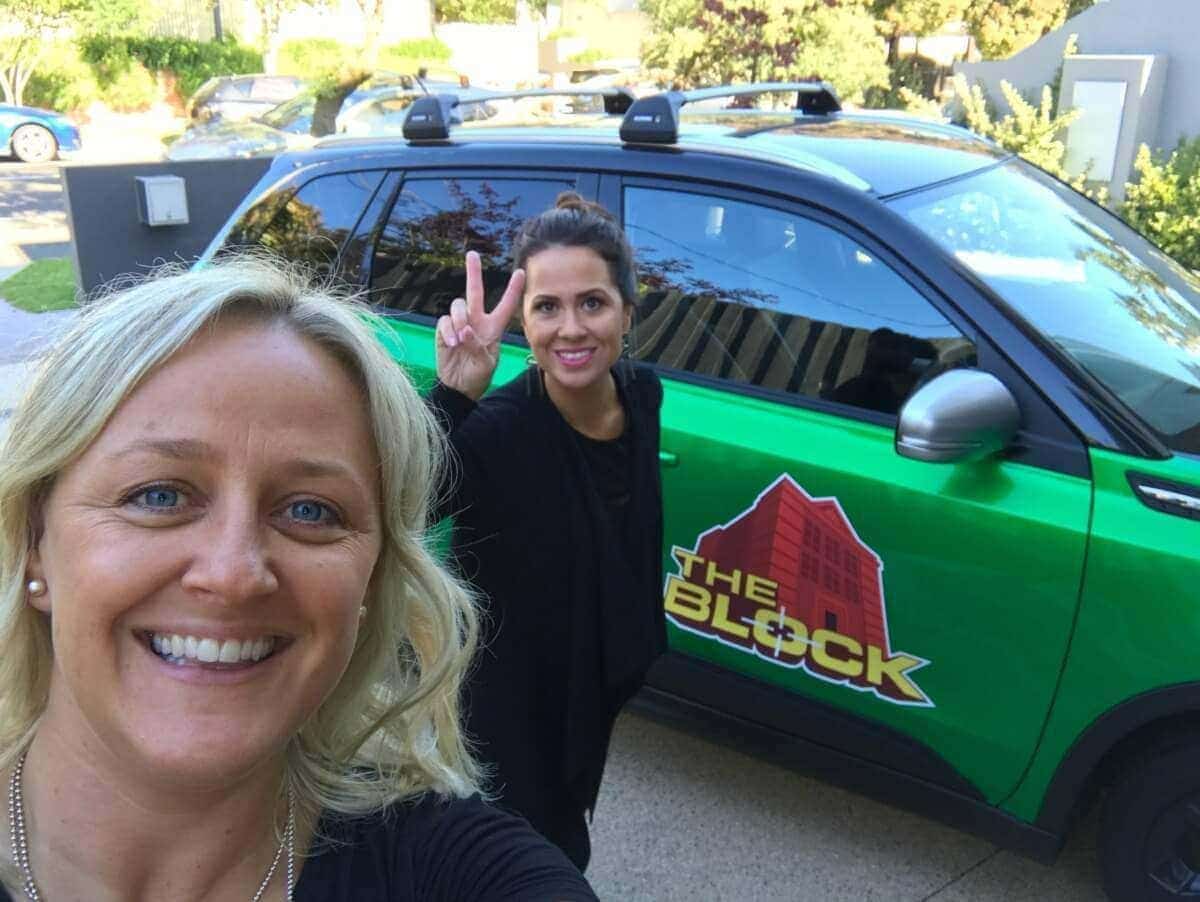 Julia and Sasha spill Secrets and Stories from The Block

Julia and Sasha were hands-down my favourite couple on The Block 2016. I made no secret of that, and often found myself defending them each week when the judges got tough. Every Monday when I wrote my usual Block recap and critique (which there will be more of this year), I was blown away by their consistent design aesthetic. Julia and Sasha are two girls who knew their style and rocked it seamlessly, under arguably more judge scrutiny due to Julia’s background in styling.

I took some time this week to chat to one half of the dynamic Block duo, Julia Treuel, to ask anything and everything that came to mind about last year’s experience on the reno reality show. As well as asking what’s ahead for my fave girls in 2017. Oh, and SPOILER ALERT: Julia revealed to me that her and Sasha’s latest reno project is just around the corner from The Block 2017’s Elsternwick set. I am going to stalk the absolute hell out of it! 😉

Scroll down and let’s get the interview started. 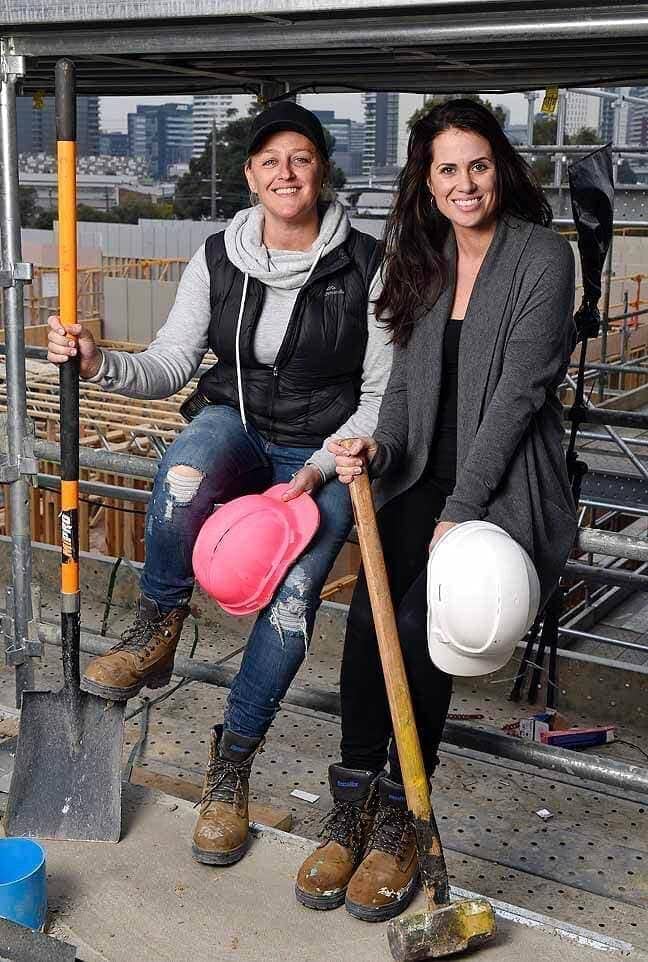 What have you been up to since The Block wrapped?

I think we’re still recovering! Filming wrapped a week before the first episode went to air so we had to relive the whole thing all over again. That was interesting to say the least. We both went back to work but attended events at The Block most nights. It was an epic juggling act. We came home the day after the auction, plonked ourselves on the sofa, and didn’t move for a solid week. It was actually bliss!

The following weekend, we decided to tear ourselves away from Say Yes to The Dress and inspect a few properties for sale. Before we knew it, we’d stumbled upon the most divine Edwardian and placed the winning bid at auction. It’s the perfect project for us and we’ve been busy planning the transformation. It feels like such a treat to have a decent amount of time to conjure spaces. The renovation kicks off in April and we can’t wait.

How has the show changed your lives?

It sounds clichéd but in all honesty, The Block’s altered everything. The experience in itself was incredible. It’s an absolute juggernaut and a thousand times more challenging than we anticipated. The stress and sleep deprivation are insane, but the thrill of producing a beautiful apartment in 10 weeks makes it all worthwhile. We learned a huge amount about ourselves and one another.

The biggest thing for me was learning to trust my instinct, as opposed to doubting myself at every turn. In the past, I’ve been big on second-guessing my decisions but now I make them in a snap. I’ve always known Sasha to be fierce and strong but her ability to forge through obstacles superseded all expectation. She went beyond what was reasonably anticipated and for that, I couldn’t be more proud.

Of course, the prize we walked away with is staggering. Never did we imagine we’d be rewarded so handsomely, particularly after receiving our reserves. We’ll use our windfall to fund future projects and kick-start our new design business, Abbey Collective. 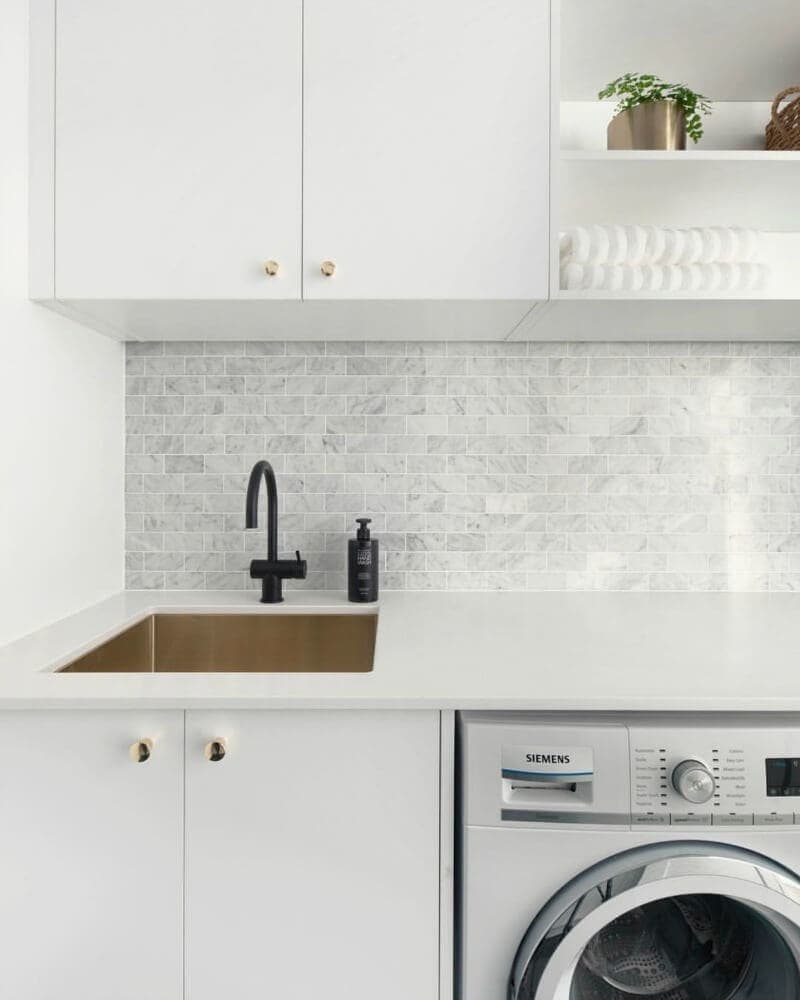 “Upon presenting our final room however, [the judges] walked through the entire apartment and acknowledged its sheer consistency. Spaces didn’t fight for attention but worked together seamlessly”. 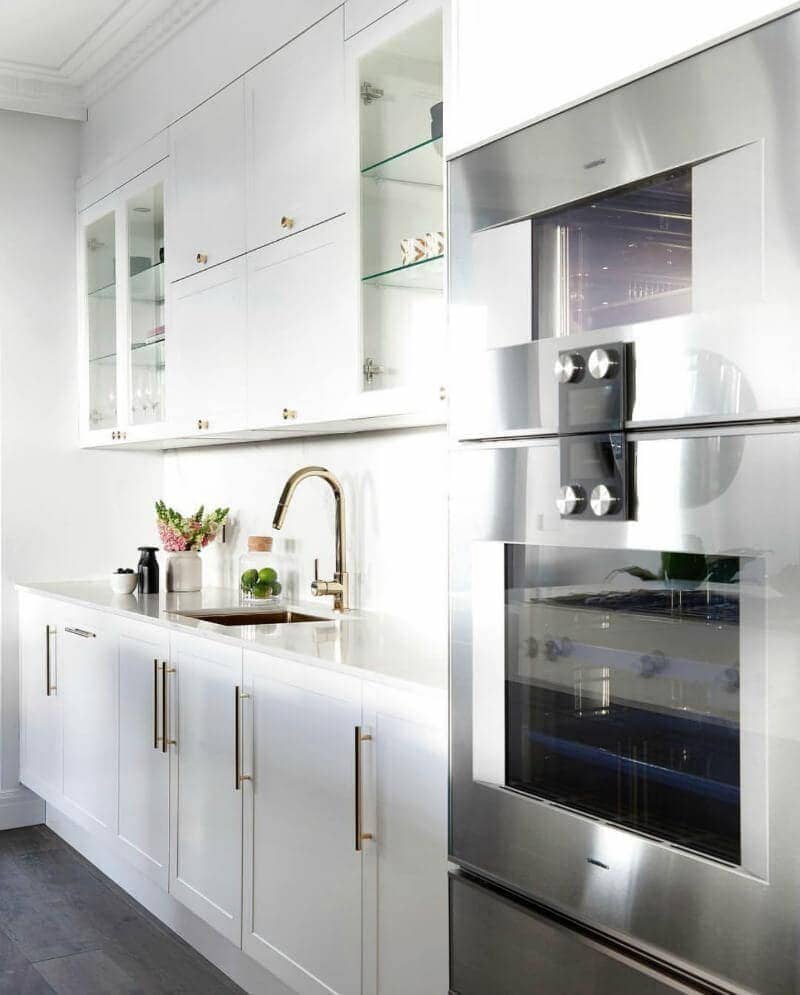 Was it hard having your spaces critiqued each week?

It was really tough. Of course, some weeks are better than others and we only bombed a few times. The thing I found most challenging was being critiqued in a different light to the others, given my work as a stylist. I certainly felt the pressure to perform and my anxiety peaked at different intervals.

Going into The Block, we knew we wanted to create an apartment that flowed beautifully from front to back. We made an effort to make statements in some rooms but not in others. I think the judges were after a wow moment in every space and were pretty hard on us in our tamer weeks. Upon presenting our final room however, they walked through the entire apartment and acknowledged its sheer consistency. Spaces didn’t fight for attention but worked together seamlessly.

Of course, being judged by the public is no cake walk either. We weren’t used to thousands of people weighing in on our style and it took a while to get used to. At the end of the day, we love every space we created and that’s all that counts.

Do you have any advice for people wanting to audition?

The Block is big on diversity so it’s important to highlight what makes you and your partner different. Thousands of applications are submitted so get to the point as quickly as you can. The casting director wants to see your individual personalities but also how you interact with one another. Spell it out for them – this is not the time for guessing games.

Sasha and I had an argument about where to park on our way to meet the casting director. She was fuming and knew she couldn’t hide it, so walked into the room and basically announced it. We all started laughing and the interview got off to a cracking start. Pretty sure he put a big tick next to our name after that.

How would you describe your and Sasha’s style?

Our style is always evolving but generally speaking, we covet classic meets contemporary with a luxe, feminine vibe.

Our design on The Block was inspired by the Hollywood Regency period; a look we’d long loved. It struck the perfect chord between our signature style and that of the Art Deco building. Looking back, it was the smartest move we made and I’m so glad we pursued that route.

You’ve got another reno on the way – can you tell me about it?

Her name’s Little Willow and she’s an absolute beauty! Originally part of the renowned Rippon Lea Estate, the façade is telling of the era but the rear has seen better days.

We’ll be giving her the full treatment including a dramatic extension. We’ll stay true to our design style but will inject a little Parisian-inspired flair. We love spending time in the City of Lights and can’t wait to get creative with wall paneling, French doors, and a distinct monochrome palette.

We’ll be managing the build and design ourselves so bring on the drama! The whole shebang will be documented on our site Abbey Collective and via an exciting video series. Stay tuned!

What’s been the hardest part of The Block journey for you?

Overcoming my own anxiety. I’m such a perfectionist and I cared so deeply about my work on The Block. It was the opportunity of my lifetime and I wanted to create something truly exquisite.

My biggest problem was struggling to get out of my own head. If I couldn’t get the perfect piece, I was convinced the whole room would fall apart. Julian Cress, the show’s co-creator and executive producer, pulled me aside one day and said, ‘We don’t expect your room to be a Vogue Living cover. Most weeks it simply isn’t possible given the time constraints. You just have to do the best you can in six days.’

It took another week for that to sink in but he was totally right. I just wish I’d known that all along

What’s the biggest misconception you think people have about The Block?

That it’s easy and contestants do nothing. It couldn’t be further from the truth. The Block week runs from Monday – Sunday. You’re not allowed to work ahead so you literally have six and a half days to produce a room from rubble.

The layout must be designed then all materials ordered and carried into your apartment. The week descends into chaos from there. By the time room reveal rolls around, you haven’t slept in close to 48 hours, are covered in paint, and absolutely exhausted. The day is spent in master interviews ahead of judging at 8pm. Then it’s straight back to The Block to check out the other contestants’ rooms before starting all over again at 6am the next day.

To all future Blockheads, good luck. You’re going to need it! 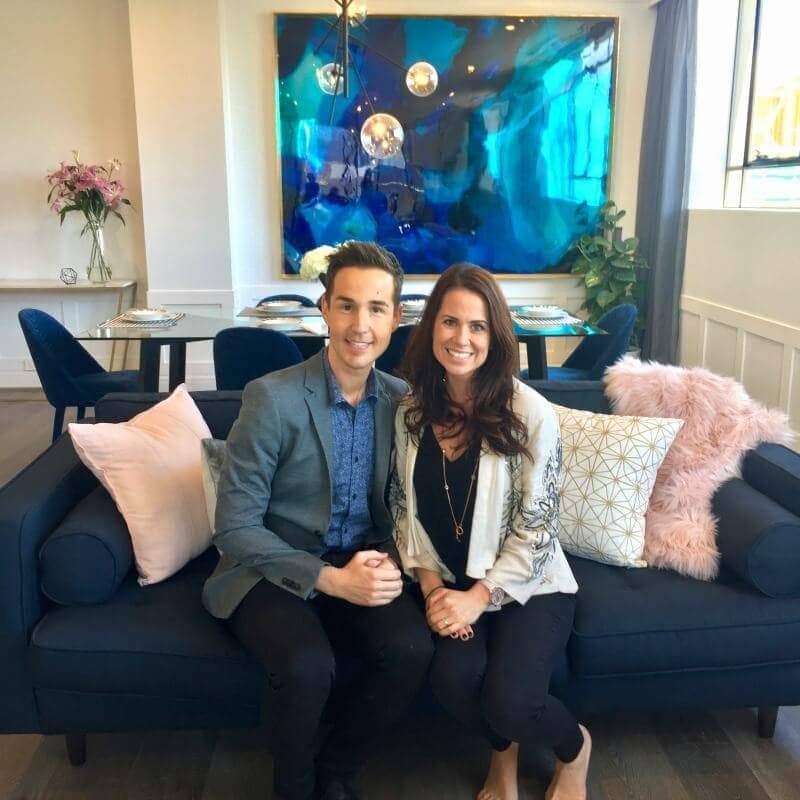 Keep up-to-date with Julia and Sasha

What did you think of Julia and Sasha on last year’s The Block? Drop a comment below and share your fave room.