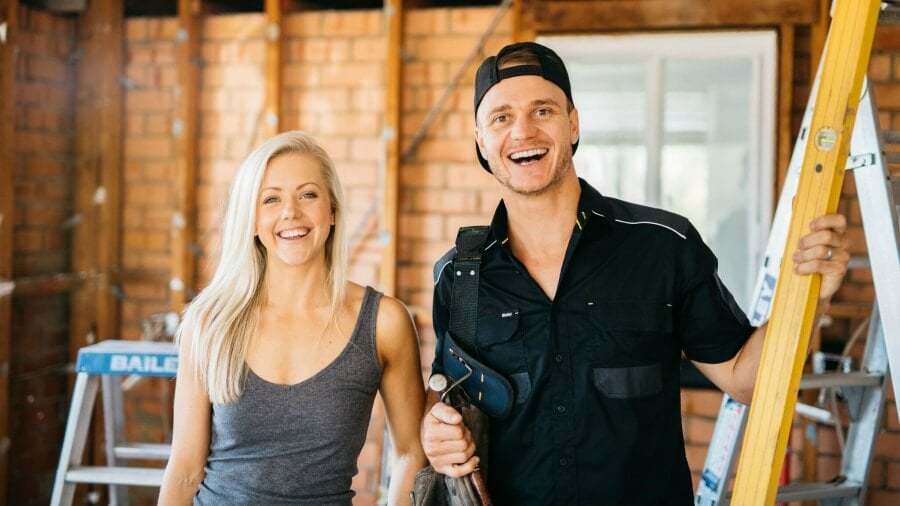 Former Block stars and friends of TLC Interiors, Kyal and Kara, are reaching for the power tools again. But it’s not on another season of The Block or Reno Rumble. It’s for their very own online renovation series. Here’s what you can expect to see in the new show. 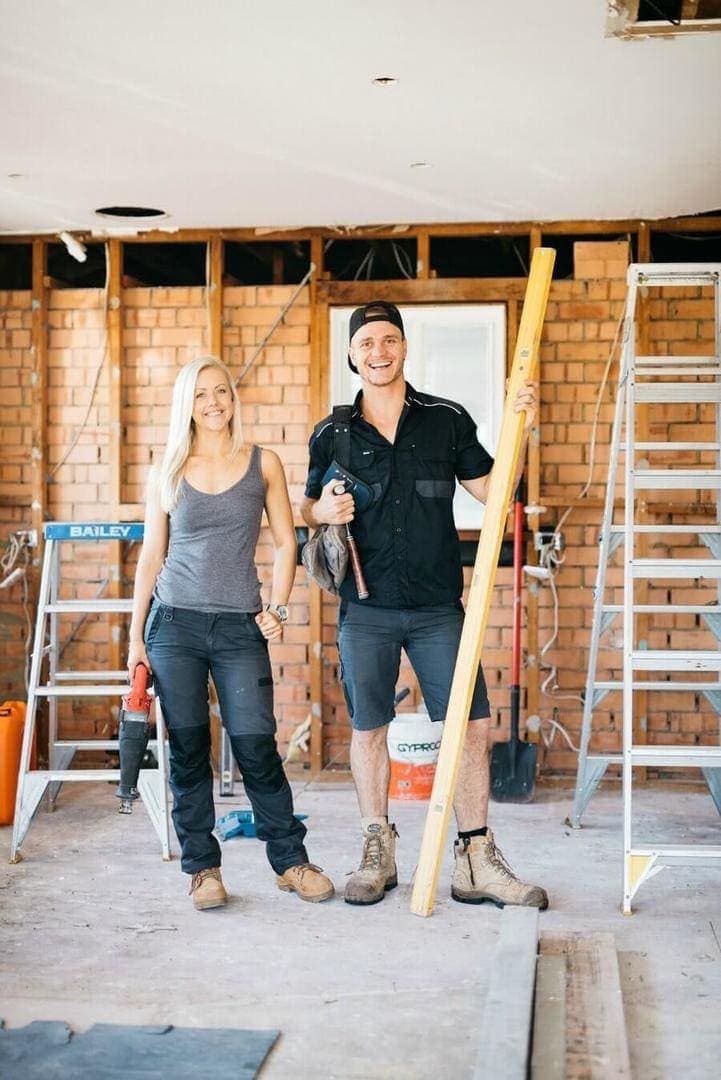 I caught up with Kara to ask her what we can expect in this brand new renovation series, which sees her and Kyal take on a 1970s brick house. The goal is to transform the ancient property into a timeless and beautiful beach house, the progress of which you can watch every fortnight via their site, kyalandkara.com.

“It’s similar [to The Block] in that it’s reality, and we’re living in the renovation, however, we’re pretty chilled out and we don’t tend to argue too much, so there isn’t really any drama like you’d see on the Block,” Kara tells me. “From purchasing the property, concepts and plans through to completion, we will be sharing the process of renovating a house in its entirety”.

This includes the addition of a double car garage at the front of the property and a two bedroom studio out the back. Whether you’re tackling a small cosmetic project, or a similar large renovation, Kara tells me that there’ll be plenty of inspiration along the way for viewers. The plan, once the reno is complete, is to holiday let the property (it’s only 200m from the beach, so it’s in a prime position!).

Unlike episodes of The Block, which tend to tie things up pretty quickly, Kara tells me that the online series, called Toowoon Bay Reno, is more about the journey and the blood, sweat and tears that goes into a renovation.

“The Block style of renovating one room each week is not generally how most renovations flow in ‘the real world’ – we are literally recording our process as it happens. Which will mean some awesome reveals – but more of the hard work getting to that point!”.

The dynamic duo are currently living in the property as they renovate, which I’m sure creates its own set of unique challenges.

“It sometimes feels like we’re living in a dust storm,” Kara admits. “We’re constantly reminding ourselves to keep the end result in mind (so, so excited)! And, like most people, our ‘day jobs’ take priority the majority of the time, so sticking to a schedule has been hectic!”. Not to mention the fact that when Kyal and Kara purchased the property, the house had already been half renovated, leaving a lot of the basic necessities either stripped bare or in dire need of replacing. There was no lighting, no hot water and some very dodgy plumbing.

“Installing a hot water system was the first thing on our list when we moved in obviously, but we’re using flood lights at night until the new electrical is complete (Yes it’s a glamorous life)…”.

Have you undertaken a similar reno to Kyal and Kara? How did you get through it. I’d love to get your ideas and advice in the comments below.