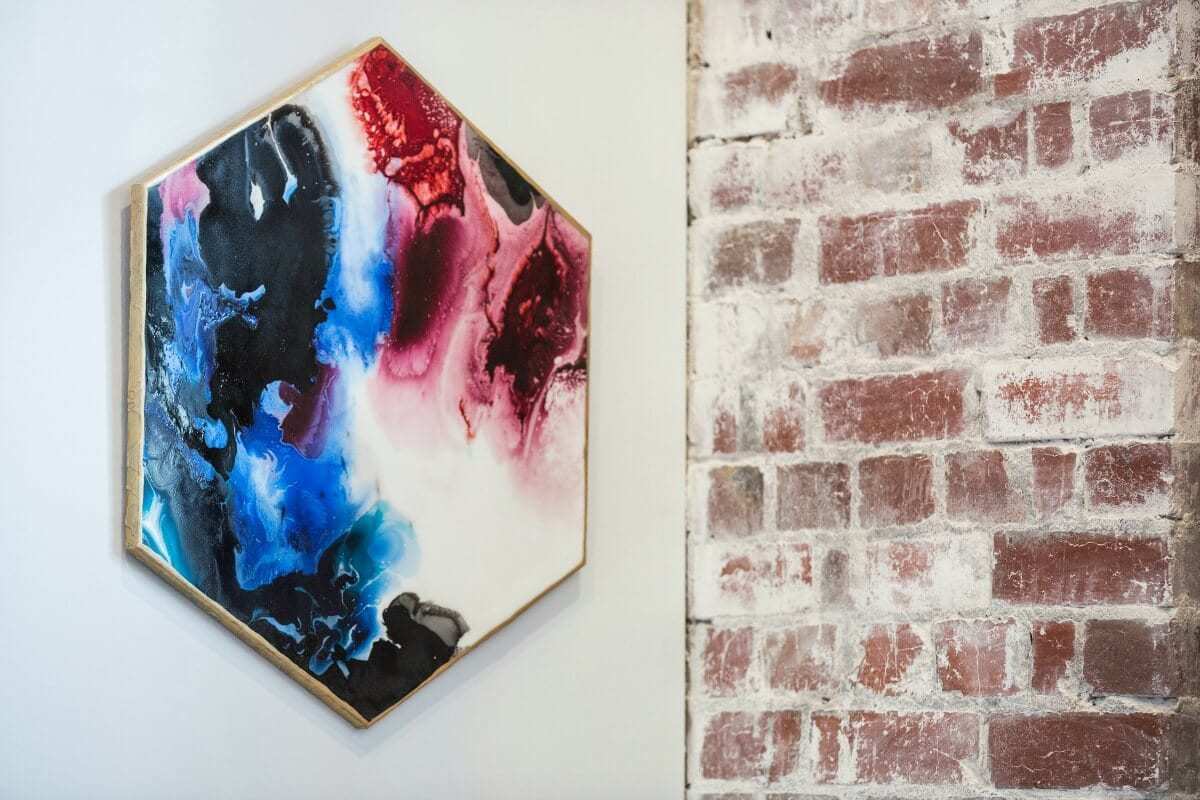 The Block 2016 is giving me a serious case of deja vu so far. Guest bedrooms; didn’t we do these already? It’s week four and we’ve seen two bathrooms and two bedrooms already. Won’t someone please think of the children and let us see some kitchens, laundries, living rooms, dining rooms?

Those clever cookies at The Block are building some serious suspense here when it comes to the main areas of the homes. It better be worth it!

This week, I have to say… four of the five guest bedrooms were amazing. Borderline sublime. They weren’t without some minor faults, of course. But for the most part I was clutching my pearls as I looked over the room reveal photos. I almost needed a medic on standby.

Let’s take a look at the rooms and what did and didn’t work. I do have some issues to discuss. 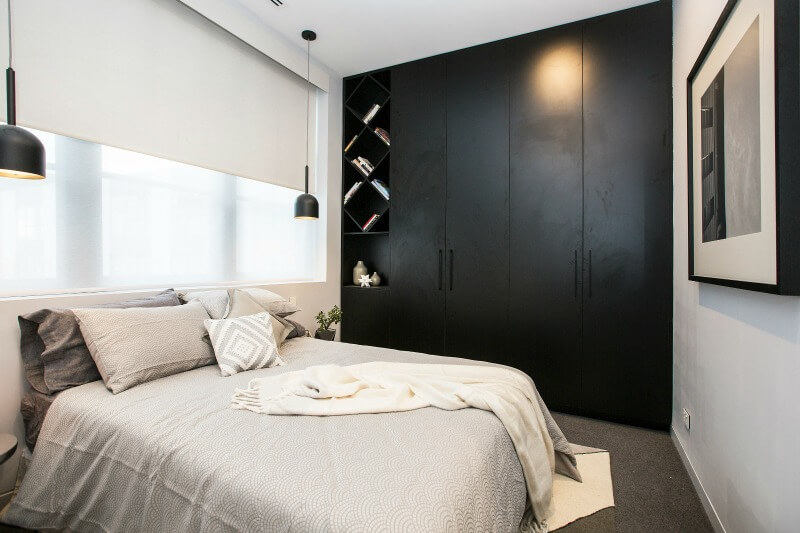 Call me a cynic (which I am), but does anyone else get the impression that the producers of The Block have Andy and Ben lined up to host their own show?

I call it early: these guys will have their own program in 2017. There just seems to be a lot of praise for the duo. Not that some of it isn’t deserved. But please, judges, enough with the “these boys are growing up before our eyes” comments.

What I love about Andy and Ben’s guest bedroom is the restraint and simplicity. While other teams went bananas with pattern and colour, the boys kept it calm and considered.

I also find it odd that all of these guest bedrooms have walk in robes. I imagine guests are only staying for a short while. I loved their black wardrobes, and the fact that they fit in an ensuite. It was a different take on a guest bedroom in comparison to the other teams and it worked.

What I really didn’t enjoy was the Melbourne wallpaper. I don’t like the literal when it comes to design. Enough with the references to the building’s history. It’s a bit on-the-nose for me. The stylist in me also wants to take a steamer to that crumpled bedding. But I can forgive that. I have to come right out and say that I hate this bedroom. I don’t understand why it got scored above Sasha and Julia’s or Chris and Kim’s. The spatial planning alone bothers me to no end.

As you walk into the room, the bedhead is such an eyesore. It cuts into the window visually and it gives the eye way too much to take in. These guys are trying to throw to much into the room to wow the judges. But to me it feels chaotic.

The rug is too small, the quilt cover is too small (the valance is not the right colour) and the bedding is a bit much. I did love the bedhead design itself, but could they not have placed the bed on the opposite wall? Do let me know if you love this space in the comments below. Maybe it’s just me! 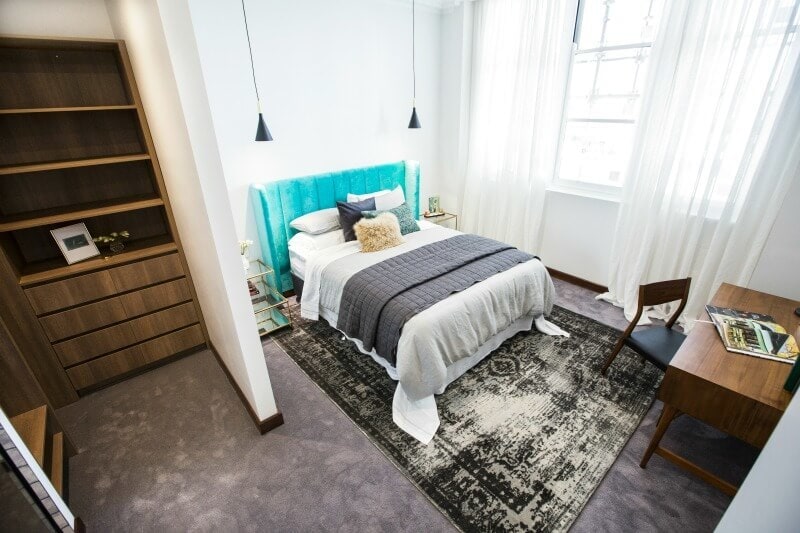 I love the bright and airy feel in Dan and Carleen’s guest bedroom, and I adore the bedhead even more. Give me a velvet fabric on a headboard any day. And the bright turquoise makes it a stunning focal point in the room.

The vibe in this room merges sophistication with colour. My favourite type of interior! You can use colour without it feeling whimsical or juvenile and these guys pulled it off.

The rug I do love, but the placement of it is a bit odd. It seems to be the wrong size for the space. It should have been custom made to go around the perimeter of the bed instead of intruding on the desk area.

I also have an issue with the height and placement of the pendants. Pendants should fall over the bedside tables, and these ones didn’t. But Lord, it’s so much better than their first guest bedroom. 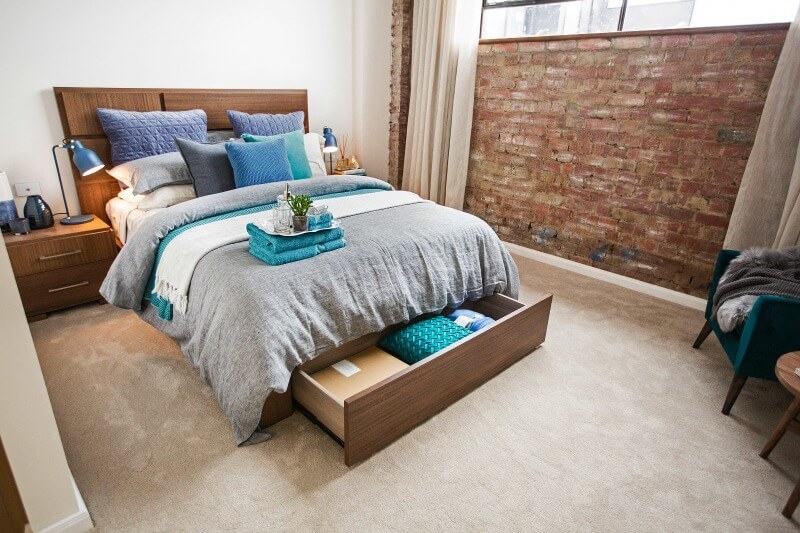 I actually thought that this could have been the winning room. To me it ticks so many boxes. And it feels the most like a guest bedroom and was styled accordingly. It has everything you’d need if you were staying with friends or family.

The judges were too hard on this room, saying it lacked emotion and personality. I don’t agree. I am with Darren on this one the most; I’ve worked in home staging and this room has the most wide-spread appeal to potential buyers. It’s not so elaborate that it offends anyone, but it’s still aspirational enough to sell the lifestyle.

The room was warm, cosy, inviting, had a great interplay of colours and textures and was styled to perfection. I am really baffled as to how these guys came fourth!? 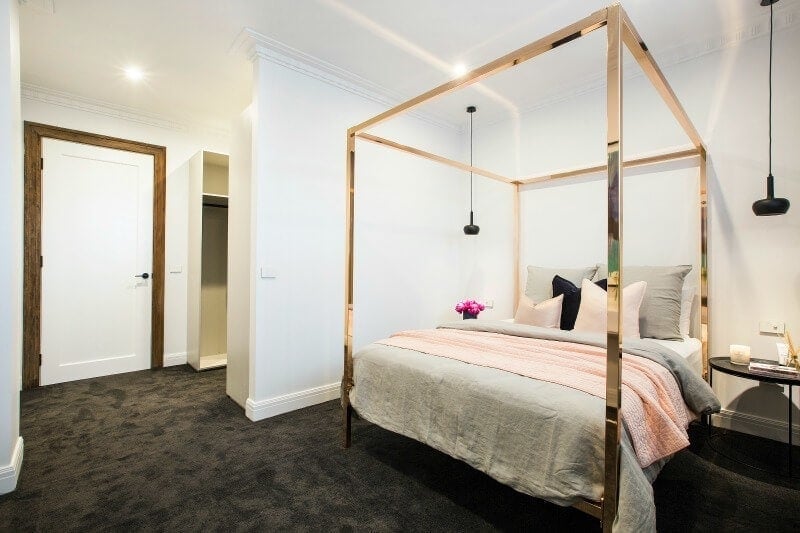 The judges pointed out that this room felt safe and noted that the girls aren’t going out of their comfort zones. But I say… safe SELLS! While some of the other teams are doing wacky things with bedheads or wallpaper, the girls are taking the same approach I would if I were renovating an apartment like this; thinking about auction day.

I will say that the room did feel a little staged. As in, there wasn’t much personalisation. Id’ have liked a little more bedside table styling, some more graphic art on the walls and a little more bedding to soften the space. But that bed was the star of the show, so I understand that they were wary not to create too many focal points.

This room was almost there, but it certainly didn’t deserve last place. 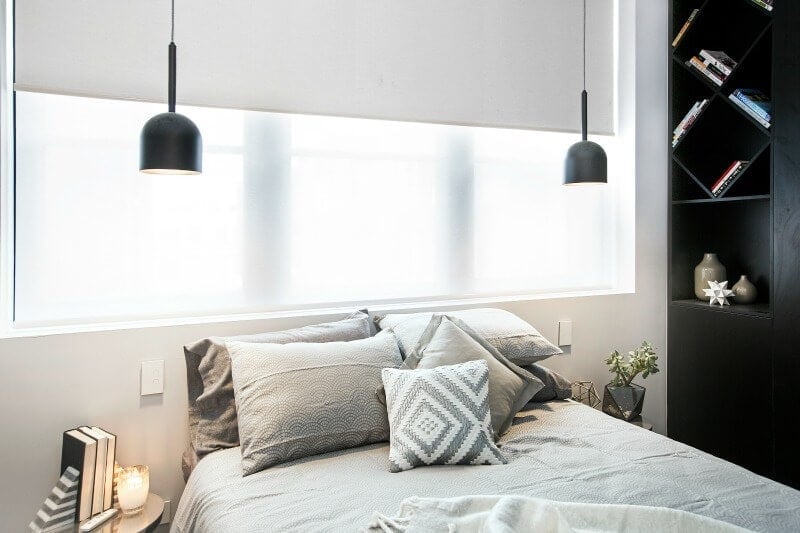 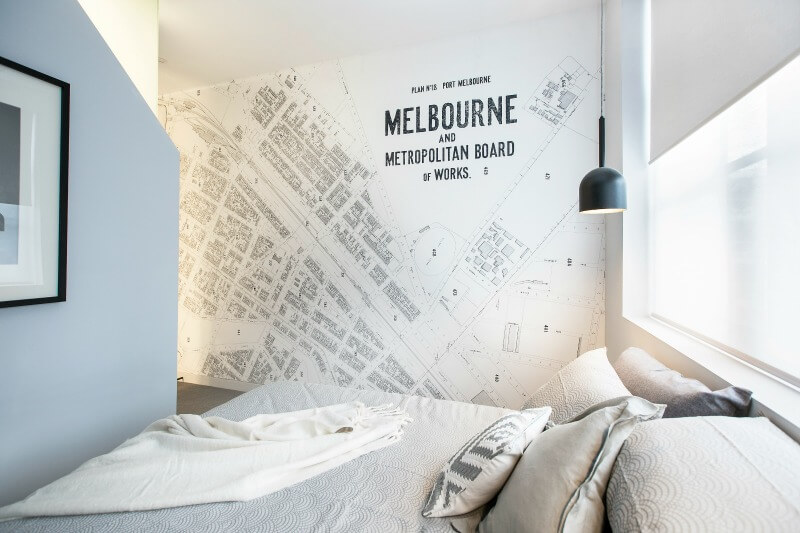 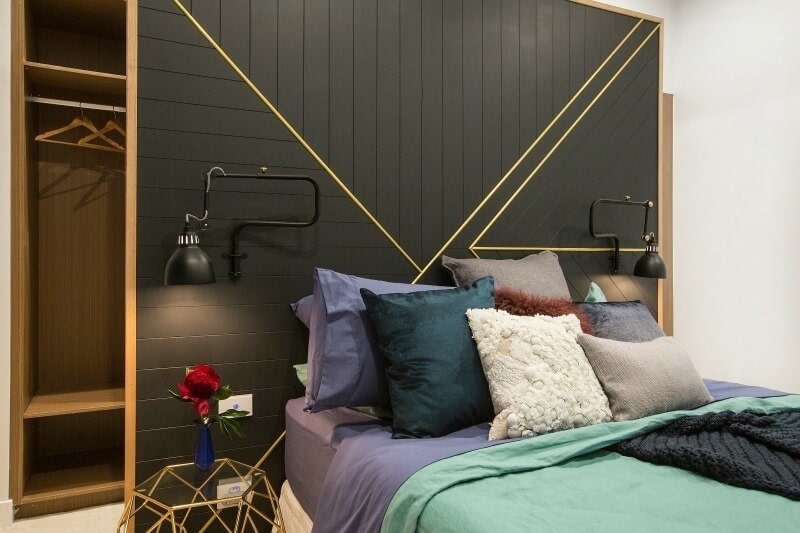 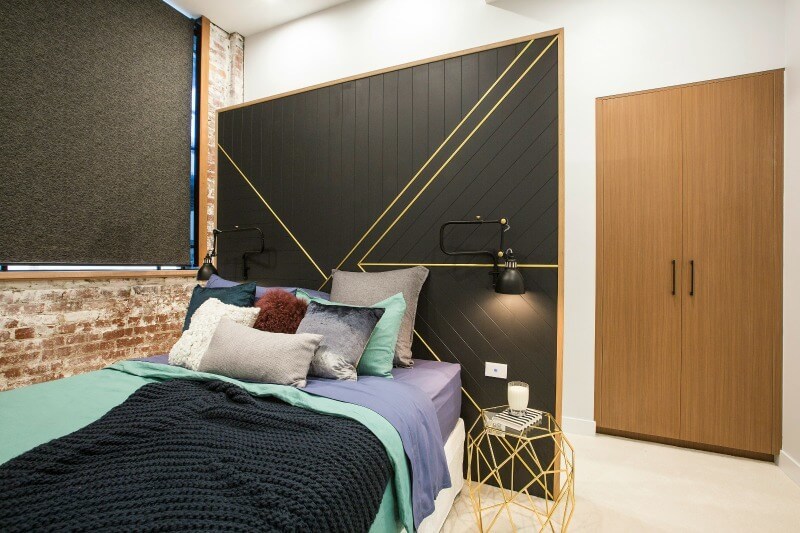 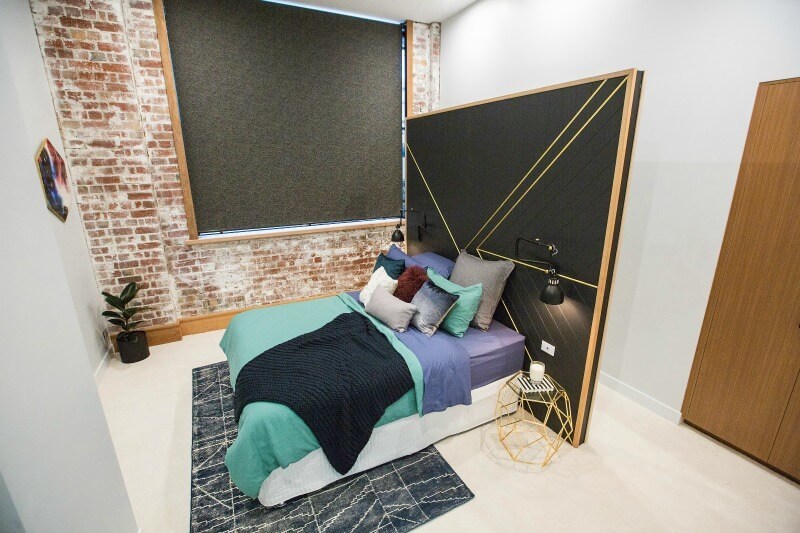 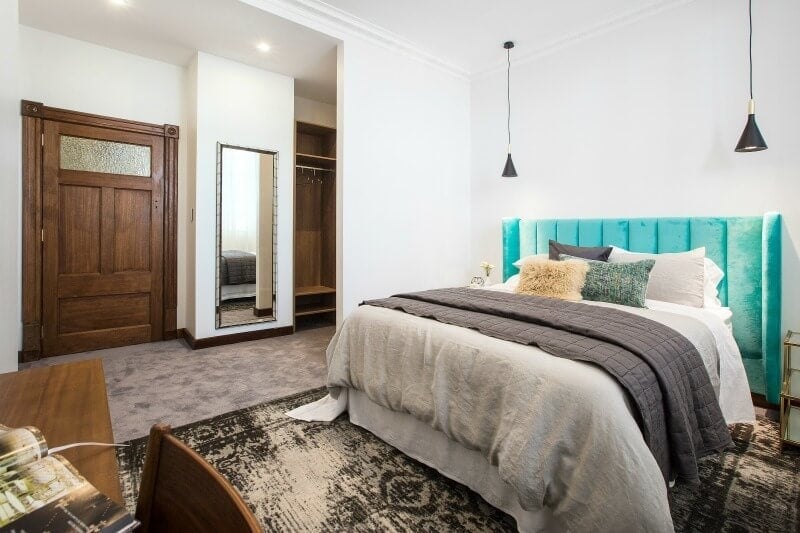 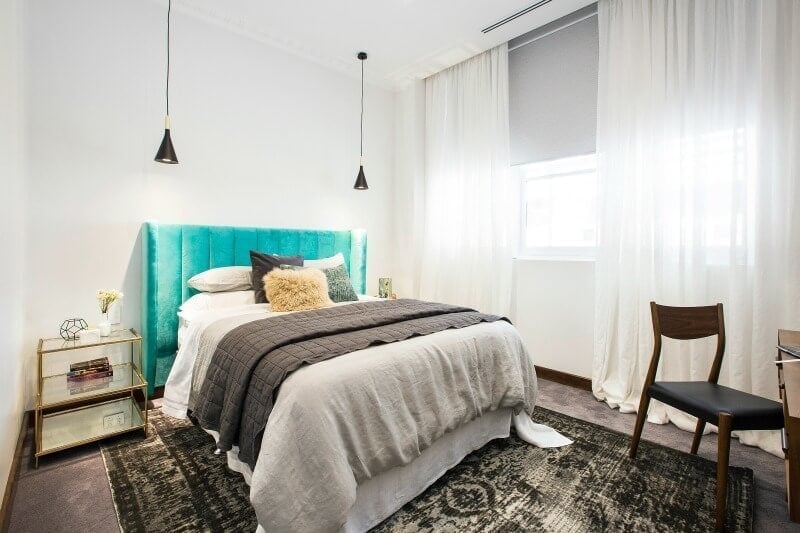 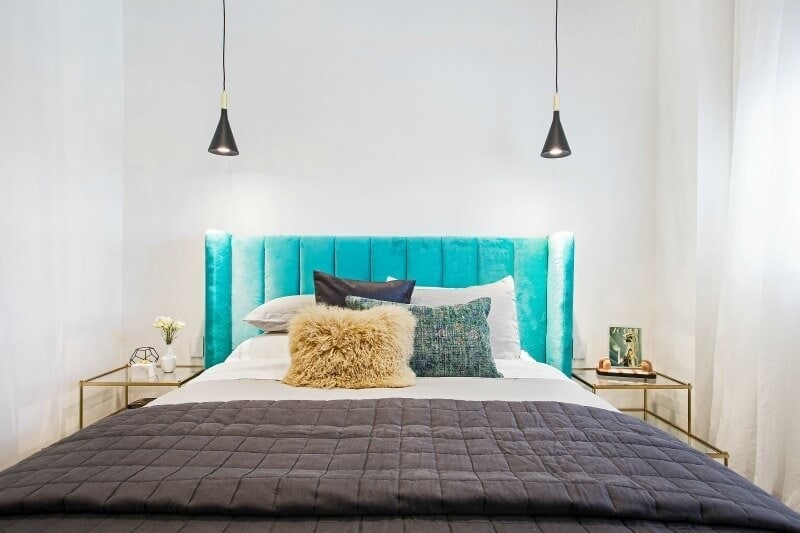 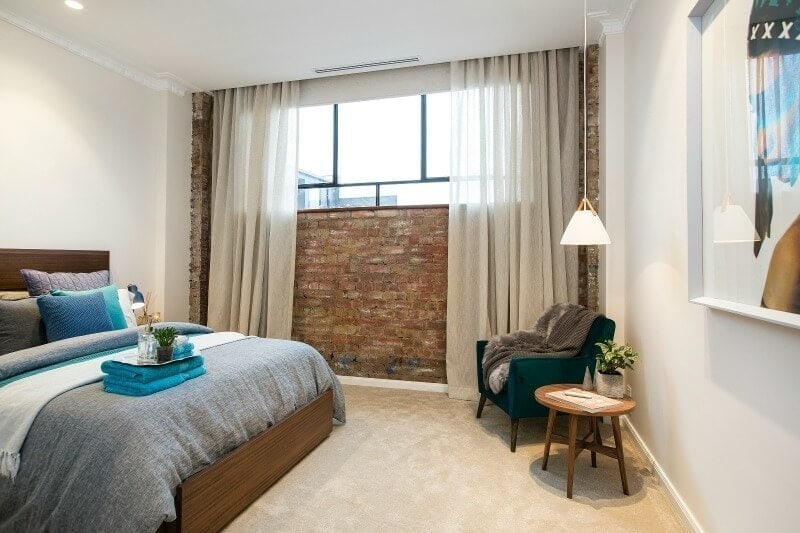 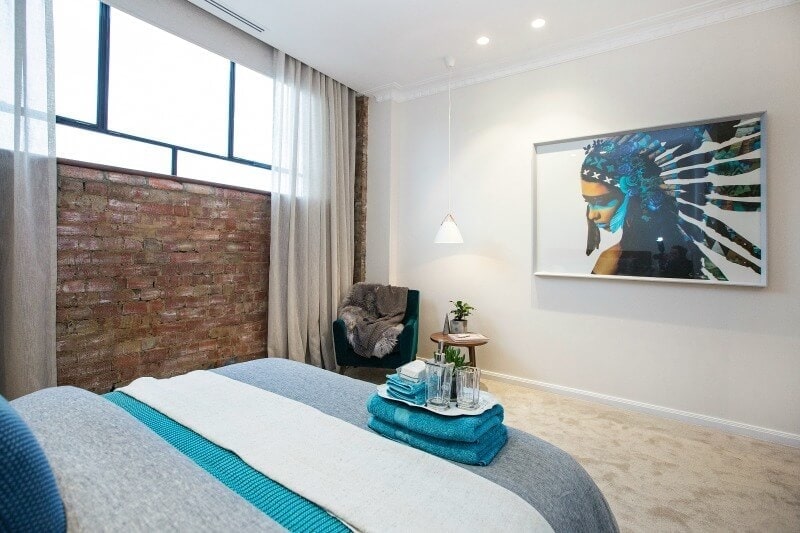 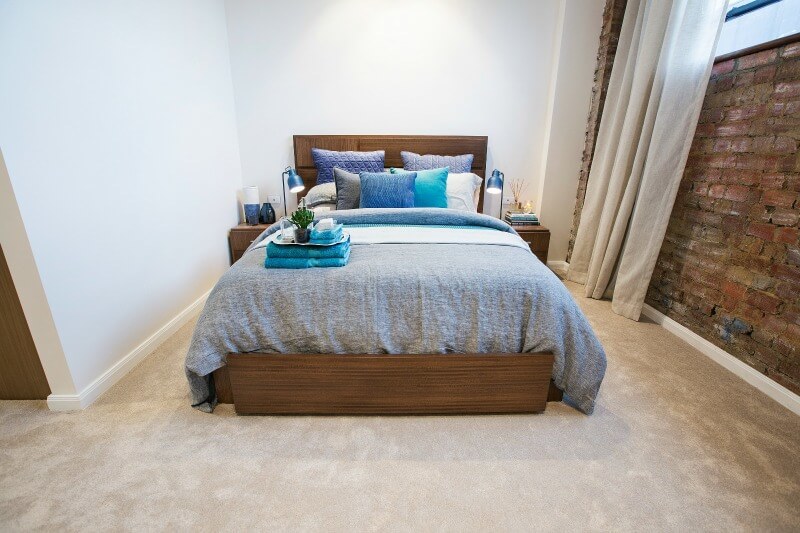 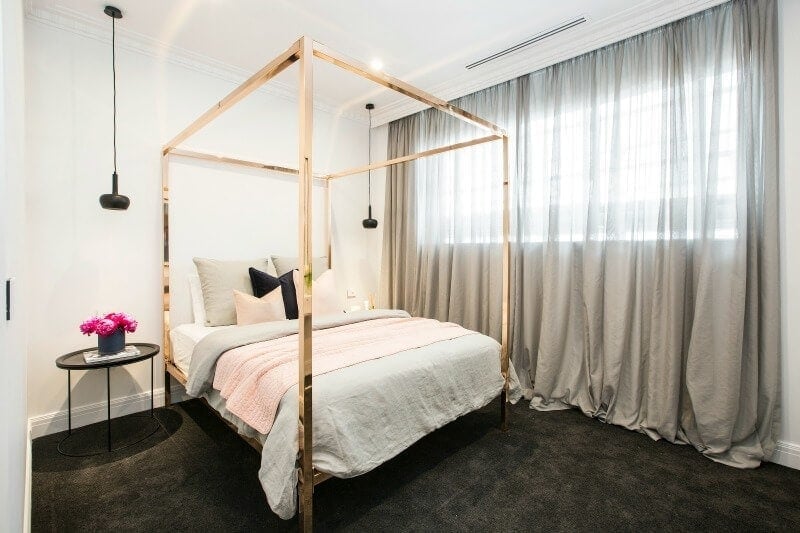 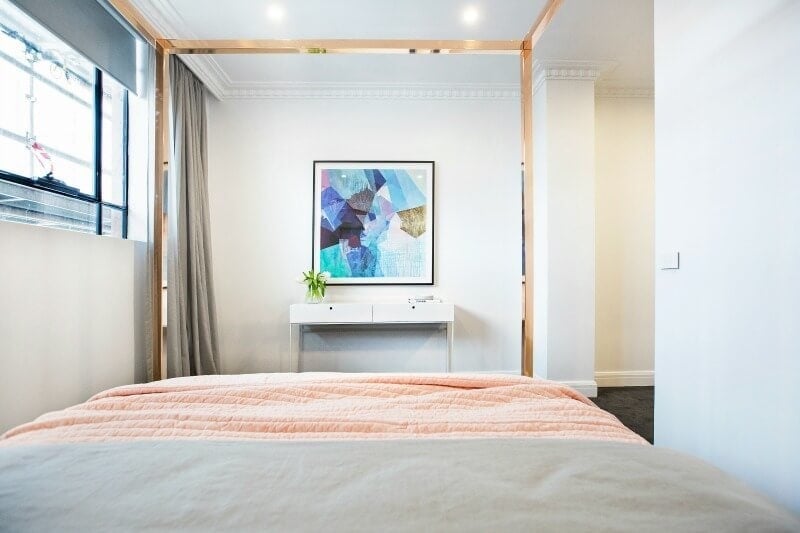 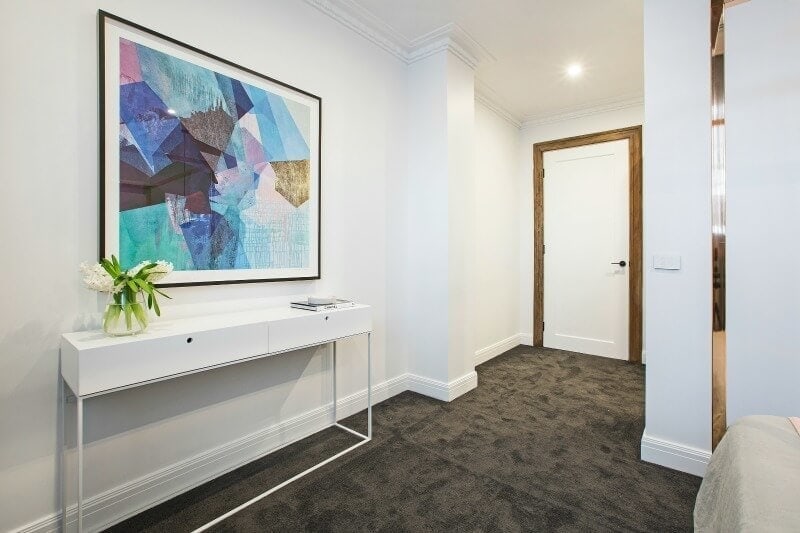 I would love to get your thoughts on The Block 2016 week 4 guest bedroom reveals below. Who do you think should have won?