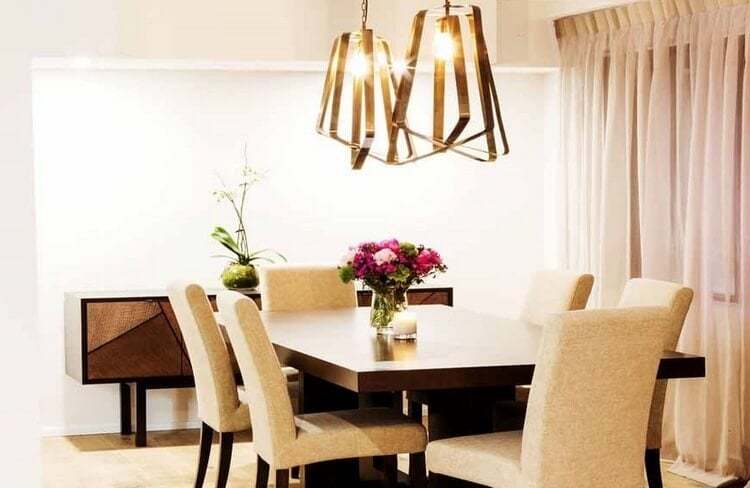 We’re only half way through The Block Triple Threat? Sheesh. What more is there to do besides the external spaces?

Anyway, this week was a really odd one in terms of judging and I found the critiques really contradictory, with judges saying one room was too matchy but then praising others that were, in fact, super matchy-matchy. There was also a whole debate about some of the teams messing with the architect’s original plans, which I’ll discuss below too, because I really don’t see this as being a huge deal (do not hunt me down and kill me, architects – hear me out ;))

Anyway, let’s take a look at the rooms and share our thoughts. Drop me a comment below once you give it a read and let me know what you think. 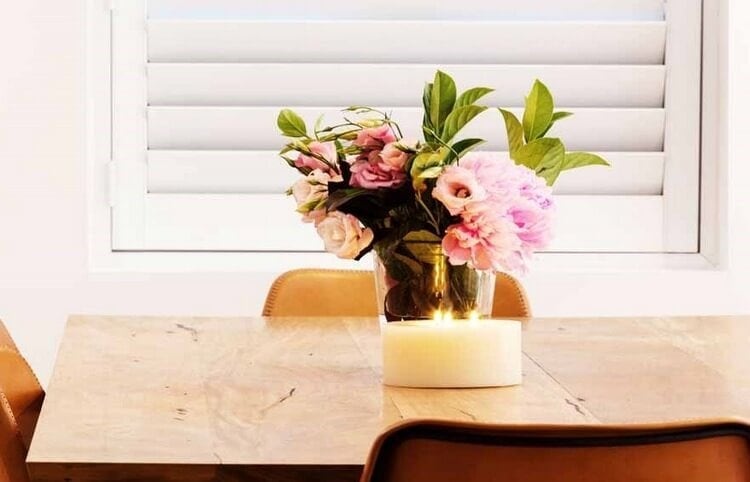 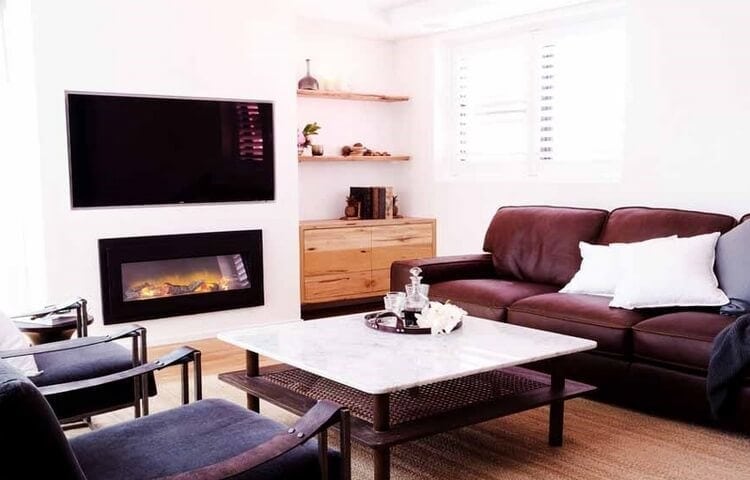 I have to say straight off the bat that a warm floor, warm table and warm chairs makes the dining room – you guess it – too warm! They needed to introduce some cool tones in this space. I would have had the chairs a different colour. It was all too much of the one tone. I think white leather chairs would have looked nice here. They mentioned nothing of the one colour used throughout this room but went hell for leather on Tim and Anastasia for their pink room?!

Josh and Charlotte’s living room was better in terms of colour balance and I liked the play of textures; leather, marble, timber etc. It was an improvement on the dining space, but it really did lack personality. There were also way too many clean lines. Some round shapes were required here and definitely some wow-factor art. Just look at the shot above. Bring in some flowers or something! 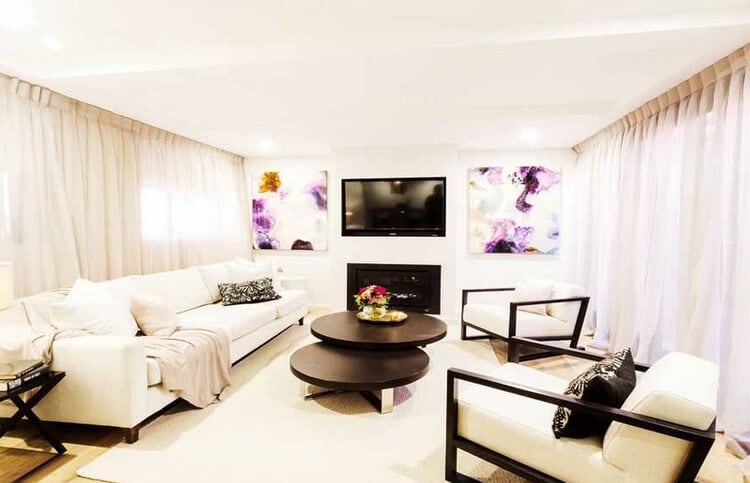 I liked their dining room at first sight. It feels incredibly formal though. The pendants are a nice moment and I did like the flowers, but they are the only bits of interest and softness. It is a really hard and sharp space. It reminds me of their bathrooms with those really sharp timber shelves you’d cut yourself on. They need to work on softening spaces, because it was void of spirit for sure. PS: I love Shaynna’s comment on the styling; “That’s just plonk plonk”. It sure was!

OK, I have to take issue with this “it looks like a show home” critique in the living room. It is a show home! You’re trying to sell it to a buyer. I have no problems with this space. I think texturally it’s quite lovely and it has loads of layers. I don’t see the issue. Yes I would take one of the artworks away, but really, calm down peeps! This is a lovely and inviting space that would help sell the home. 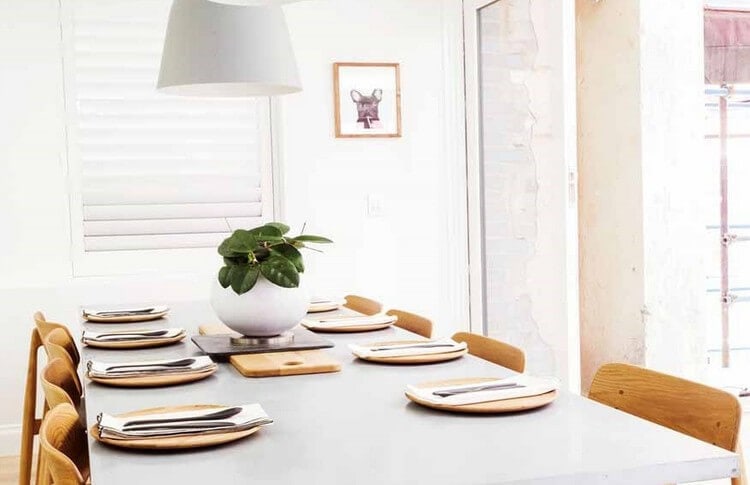 I’ve been on these guys’ backs the last few weeks because I don’t think they know how to successfully put elements together in a room. The dining space was a definite improvement but it WAS matchy-matchy! Look at all those timber bibs and bobs. It’s a bit decorating 101, but the judges loved it. I thought it was nice, but nothing to write home about. The dog print was cute, I’ll give them that!

They proved my point in the living room; they’re not good at putting elements together and this space had way too much going on. The rug – ick – it has to go ASAP! That would be the first thing I’d do to improve this space. The pendant was a bit odd; not the design of it (love it actually) but the size of it where they placed it was a bit oddball. The room felt very small tucked away where it was. I just.. I can’t cope with it. 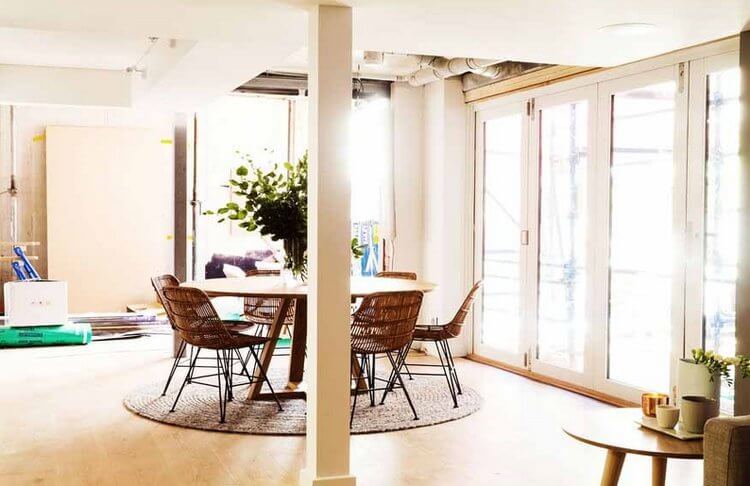 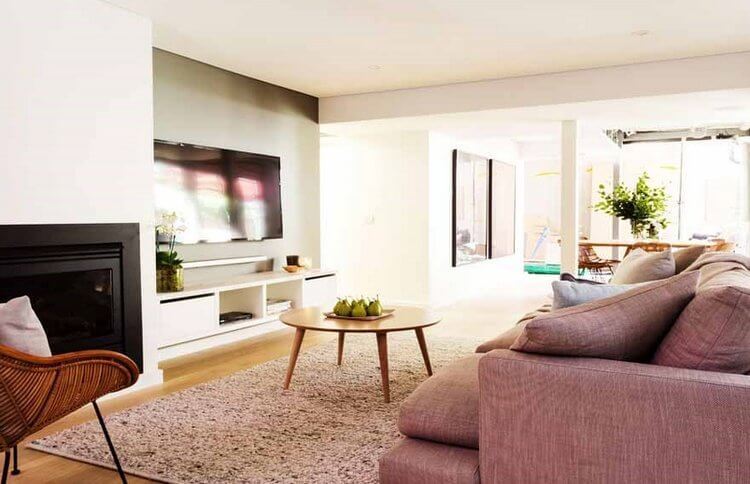 Architects don’t always get it right, I just need to put that out there. Often a decorator, designer or stylist is thinking of how people live in a space more than an architect does – just saying. They’re very different skill sets. I’m not at all opposed to changing the layout from the original plans if you get in the space and feel like mood and function could be improved. That’s not taking anything away from what architects do, but somethings all of the chefs making the meal are thinking about different aspects.

That said, the dining room itself was nice, although the rug was way too dwarfed for the table and chairs. Tsk Tsk – they should know better.

The living room was divine. Simplicity done well is a great way to describe it. It was really subtle but still felt a bit lived-in. A buyer would snap it up.

>>> What are your thoughts this week, guys? I’d love to know what you think in the comments below 🙂