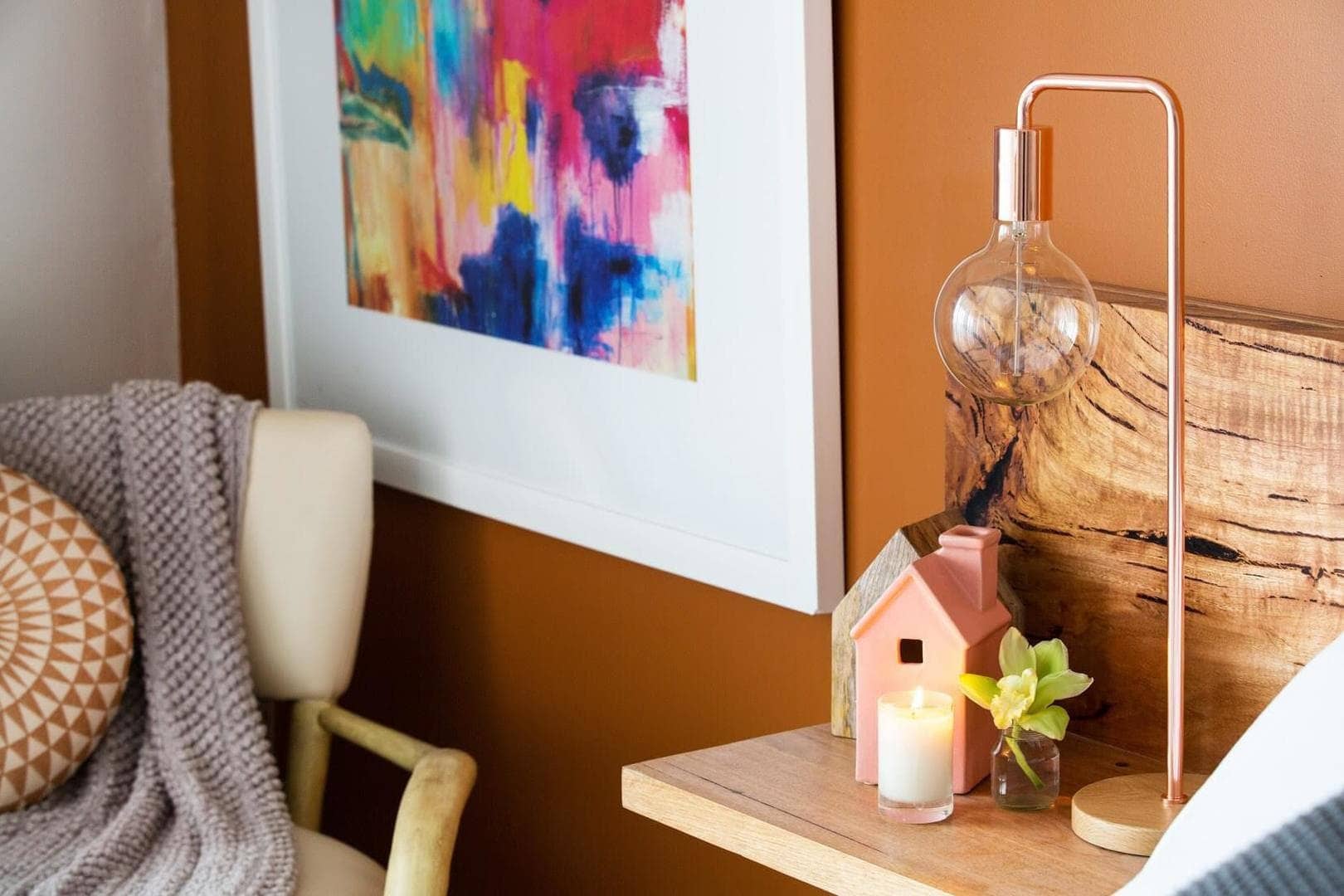 I don’t always agree with the judges on The Block and last night’s episode was no different. I was very pleased to see that Whitney and Andy finished their space this time around, although as I said in last Monday’s post, I thought that they should have won for their bedroom last week regardless. It showed such promise!

But let’s not dwell on weeks gone by. This week revealed one OMG moment, three pretty spectacular spaces and another diabolical design disaster.

Let’s get into the assessment and see which rooms on this week’s ep of The Blocktagon wowed and which were woeful. 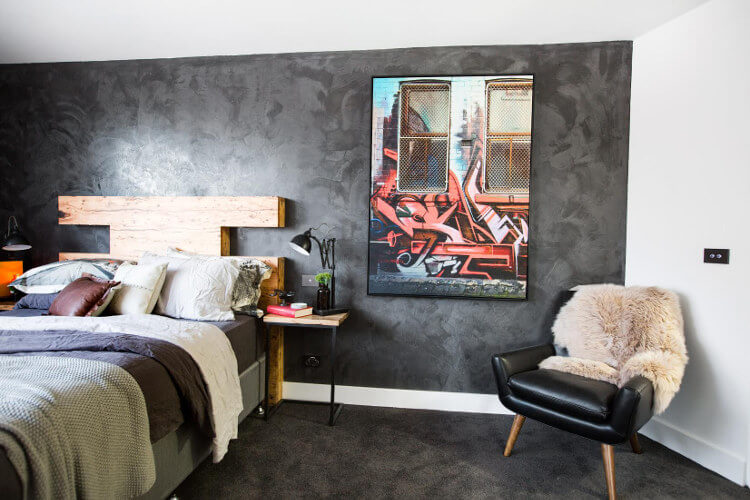 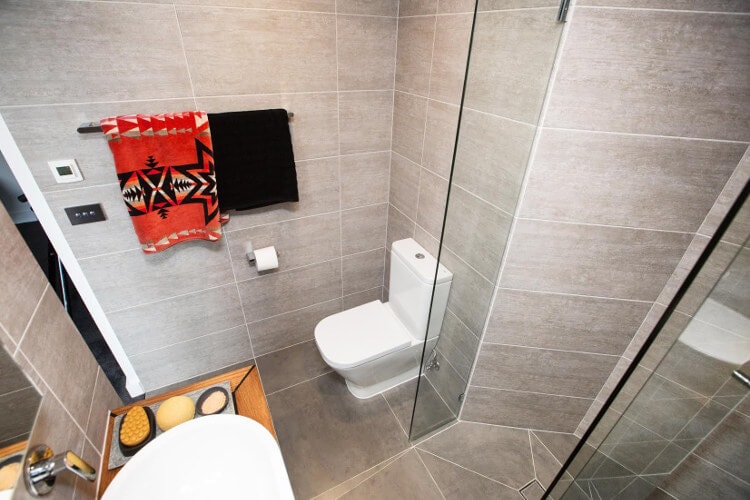 King and Caro’s Bedroom and Ensuite

Good heavens above; this is one of the best rooms I’ve seen on The Block in ages. Love the feature wall, am obsessed with that artwork (shop it below), thought the bedhead was genius and couldn’t get enough of the moody colour palette in the space.

Kingi and Caro have become my spirit animals this week and I want them to replicate this look in my bedroom ASAP if not sooner. I am stealing every idea here and I’m not afraid to admit it.

The judges were all on board with this room too, with Darren saying how much he loved the bedhead and enjoyed Caro’s styling. Shaynna got down about the feet of the bed but I’m completely willing to overlook it. This room rocks! 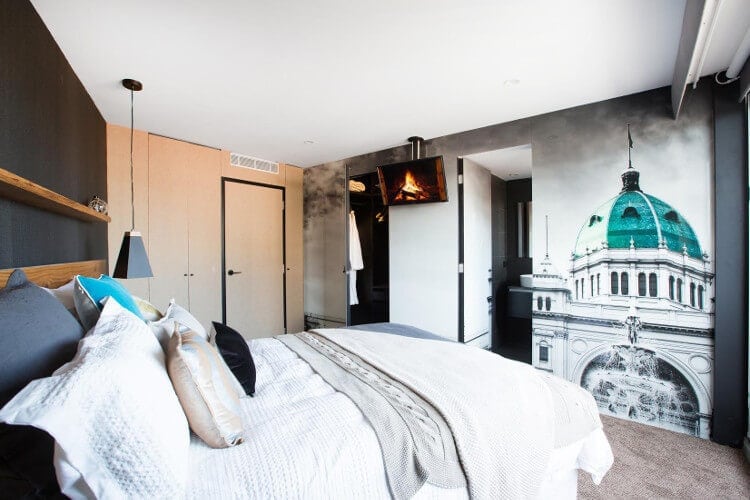 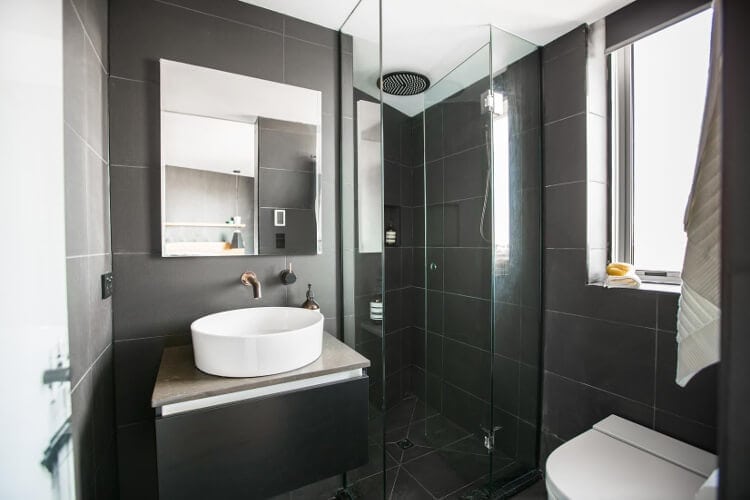 Suzi and Vonny’s Bedroom and Ensuite

I’m just not feeling the girls’ style, I have to be honest. Last week the judges gushed over their room but I thought it was so-so. This week, it seems to have happened again because they came in second place.

The judges were more keen on the ladies use of imagery on glass this week but I’m really not much on this concept. I hope they don’t keep replicating this in other rooms. They need to pull it back a bit as I think it dominates the space too much. I also don’t like the colour of the wall the door is on. The whole space feels a bit disjointed and unfinished.

There are some very cool pieces in this room – like the pendants – but they got lost here. The ensuite was very nice though. 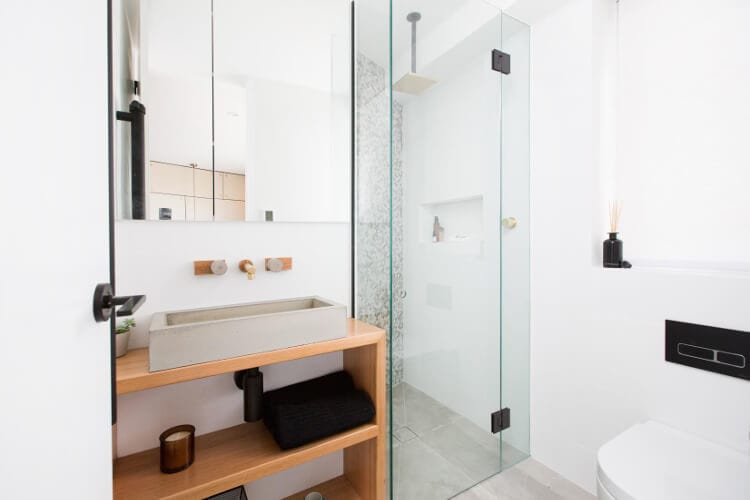 Shay and Dean’s Bedroom and Ensuite

I really like some of the colour choices Shay and Dean used in their rooms. It was a little adventurous and out-of-the-box, but their choices weren’t as crazy and potentially off-putting as Luke and Ebony’s. I thought they did well this week, but nothing was overly wow.

I thought that the bedhead and the pendants were far more beautiful a moment than the panelled feature wall (and you know I think panelled walls rock), so I’d be inclined to remove the panelling. It is very distracting here, and who wants to bed distracted in a bedroom?

Shaynna recommended they pad over the bedhead, which is a valid suggestion if they want to keep the wall as is.

Loved their bedding and other soft furnishings too. 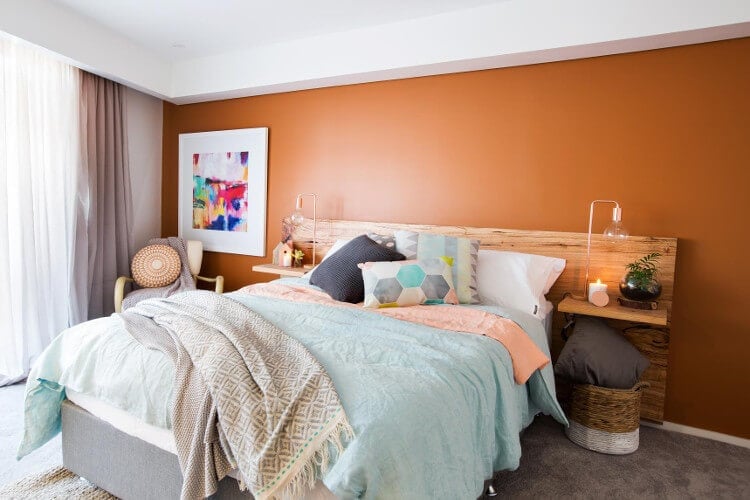 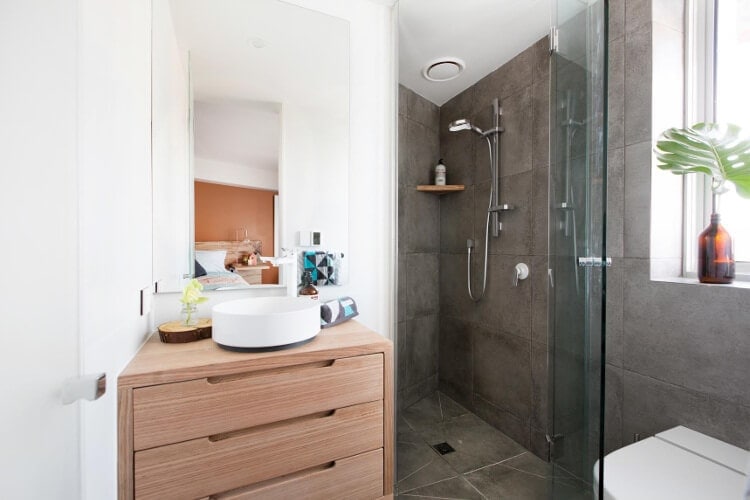 Whitney and Andy’s Bedroom and Ensuite

There is a similar issue facing Whitney and Andy as there was with Dean and Shay here; the bedhead and feature wall are competing with one another. In this space, the warm wood on the warm wall is just too much. I think the bedhead is absolutely divine, so I’d change the wall colour to dark grey to really make the bed pop.

Neale wasn’t a huge fan of the space, citing that he’s seen it all before. I do hear you Neale; they certainly aren’t presenting anything particularly new. But what I do like about Whitney and Andy is that they create rooms we at home can recreate with ease. It’s very accessible. Maybe that’s not ideal in a luxury apartment setting, but it’s nice all the same.

There ensuite was a bit ho-hum. I agree with Shaynna about the tapware. It’s not right in this space. 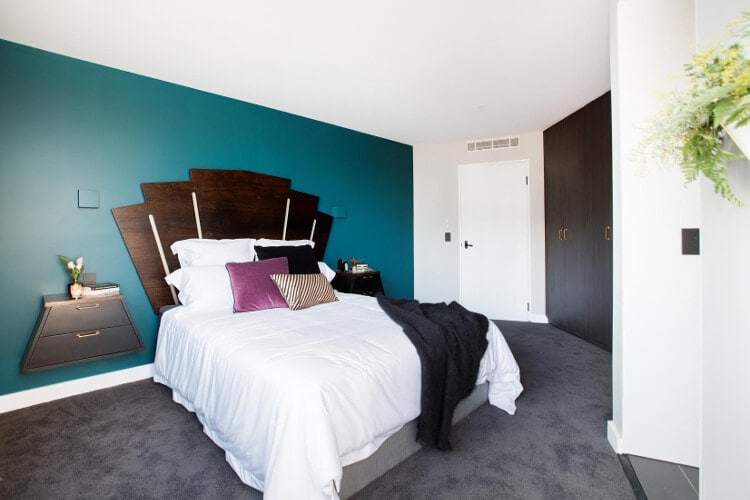 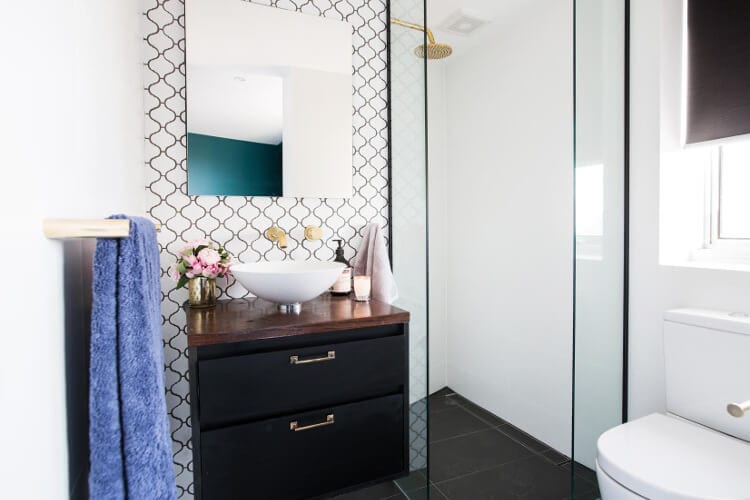 Luke and Ebony’s Bedroom and Ensuite

I’m really confused guys. The judges keep giving feedback about the art deco and the sculptures and the decorating decisions these guys keep running with, but they don’t seem to be tweaking them at all. I thought the bedroom was – as Shaynna rightfully pointed out – heavy and morbid. That dark bedhead on that dark wall really brings the entire room down. It’s so heavy.

There isn’t enough layers in this room. It needs some serious softening.

In the ensuite, things got better. I actually love the feature tiles and thought the tapware was gorgeous too. Though it does remind me of a powder room Darren and Dea did last season or the one before. Far too similar for my likings.

>>> What’s your take on this episode of The Blocktagon and which room was your fave? Drop a comment below and let’s talk it out!