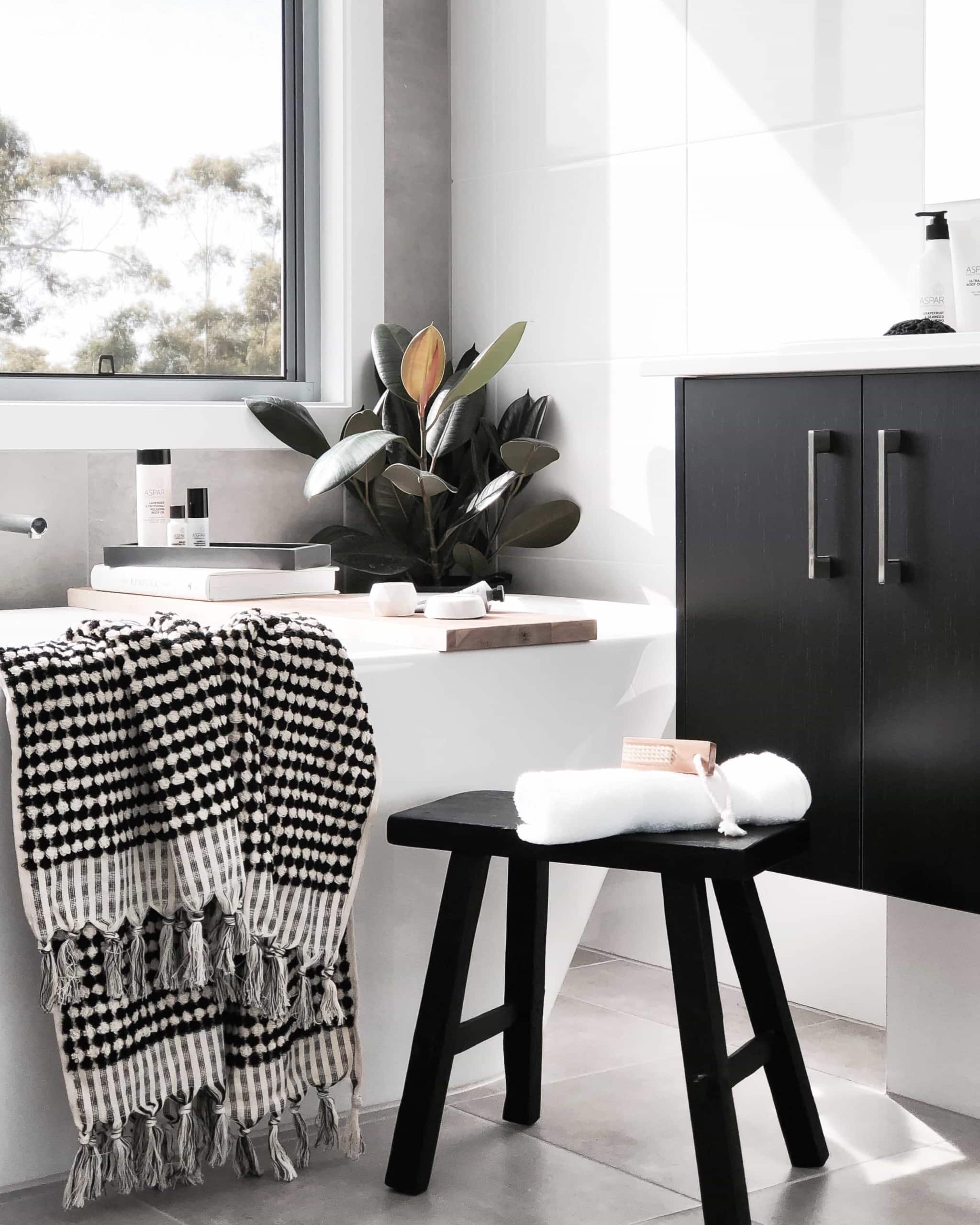 The Towel Range Bringing Chic Vibes to your Bathroom

It’s gotta be said: not enough focus is put on bath towels from a styling perspective. We spend so much time fussing over tile and lighting and vanity choices for the bathroom. But then when it comes to dressing the space, we throw some cheap tatty towels on the rails.

Well, cheap tatt no more, decorating junkies! Because today I’m showing you a gorg new range of Turkish bath towels that are going to bring serious chic vibes to your ensuite, powder room, bathroom and kitchen. This is a delightful collection of towelling that’ll suit a variety of spaces. And I even took some time out to talk to the local creative behind the brand who sells them.

Britt Hurrell is the lovely lady behind Miss April, an Aussie biz that aims to bring a touch of elegance to coastal, contemporary, and Hamptons homes. The range of towel products is pretty varied, as you’ll see on the Miss April website. But as you’ll see in this post, I’ve focussed solely on my fave pieces from the collection: the divine black and white pom pom Turkish bath towels.

The good news: you can scroll down to win a set of four towels for your own bathroom. Christmas has come early! 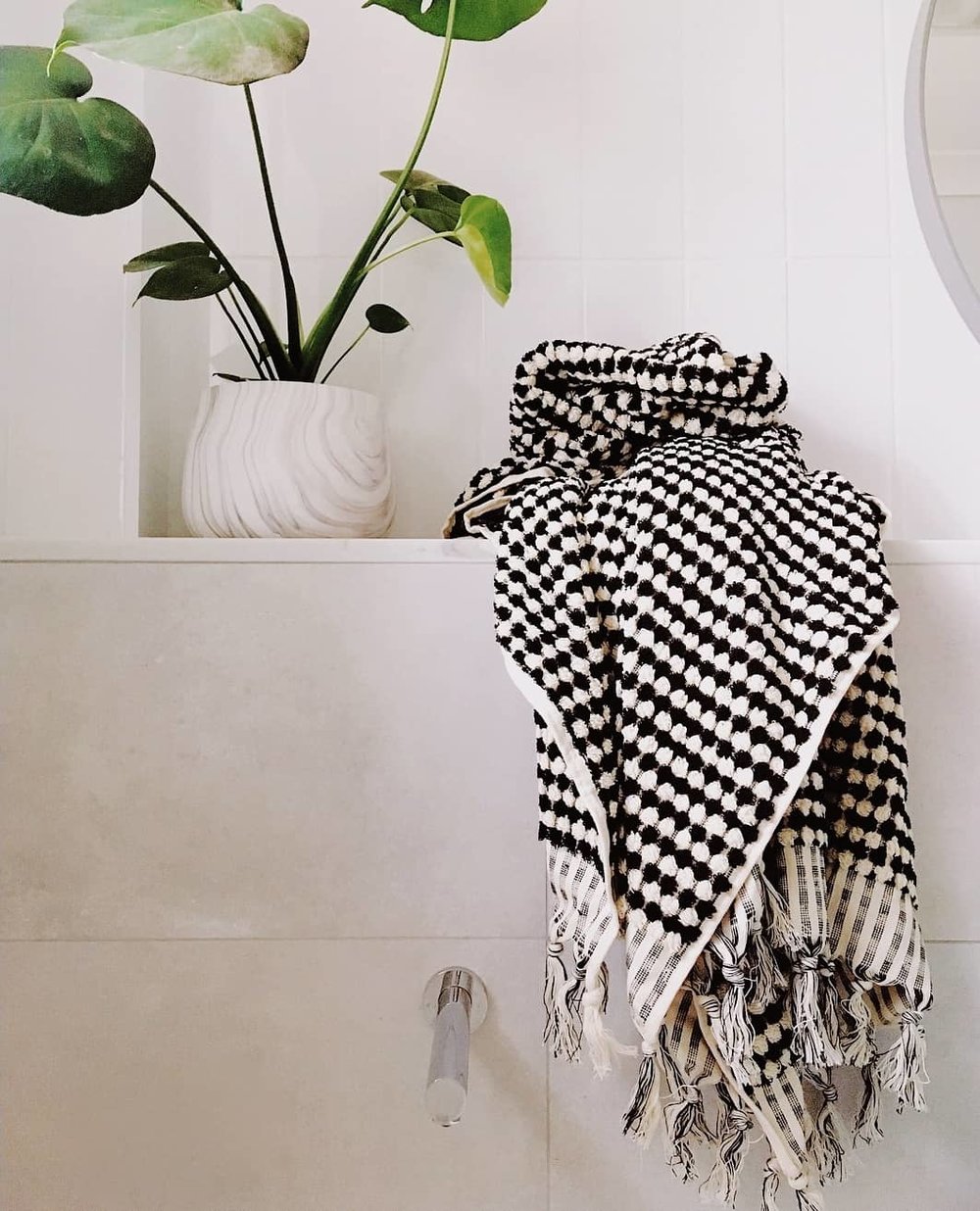 Towels that are Anything but Boring!

Britt became obsessed with Turkish towels about two years ago after receiving one as a gift for Christmas. It got put in her beach bag and was used on heavy rotation through the summer. It was that towel – and Britt’s love of interiors – that birthed the Miss April brand. And Britt was clever enough to think beyond just towels for the beach. The approach for the collection was more design and home focused, and the results are truly divine.

“I wanted to create a towel with a difference, not just another Turkish towel that anyone can buy off eBay or Amazon, but something vibrant and beautiful that stands out,” Britt tells me.

It’s a move that’s paid off, because let’s face it: bath towels can be incredibly boring. Not to mention low-quality. If it’s one thing I’ve regretted over the years when decorating my own abode, it’s buying cheap bath towels that feel anything but luxurious. Sometimes you just have to invest in quality. And quality these are.

Yes, they’re $65 each. But Britt explains that they really are second-to-none.

“Once you have touched a Turkish bath towel that has been washed a few times, you will see why people go crazy for them,” she says. “They are the ultimate soft, yet super absorbent, yet fast drying, yet utterly gorgeous towel! I think the tassels really make these towels a showstopper too, they just make it that little bit ‘extra’!”. Quality and a Sense of Sophistication

The quality aspect is worth focussing on, because the thing that makes these towels so valuable is the cotton. It’s a premium cotton that has extra long, strong fibres. It’s this unique material that results in the towel becoming softer, fluffier, and more absorbent with every wash. So you get a longer life out of the towel, which is good for the budget. And just like me, the towels get better with age 😉

Britt tells me that Miss April is a one-woman operation. That in itself is a tough gig. Managing the day-to-day operation of an online business is no walk in the park, and Britt has to wear many hats. From logistics to the website to social media, she runs the show solo but loves being her own boss.

Started in New Zealand a few years back, she moved herself and the Miss April biz to Cowra in the central-west of NSW shortly after.

“It’s a funny place to sell beach towels from I know, being four hours from the coast! However, thats the beauty of online businesses, it honestly doesn’t matter where in the world you are!”.

This is a wonderful brand with minimalism and timeless design in mind. I hope you’ll support Miss April by following them on Instagram here. And the added incentive for you is that you can enter the competition below to win a set of four pom pom bath towels. It’s the pom poms that Britt has noticed making the most waves with customers, so expect that element of the design to expand in the year ahead.

I couldn’t be more excited to see what comes of this lovely lady and her divine Turkish bath towels! So get all over the competition and watch this brand continue to go places. 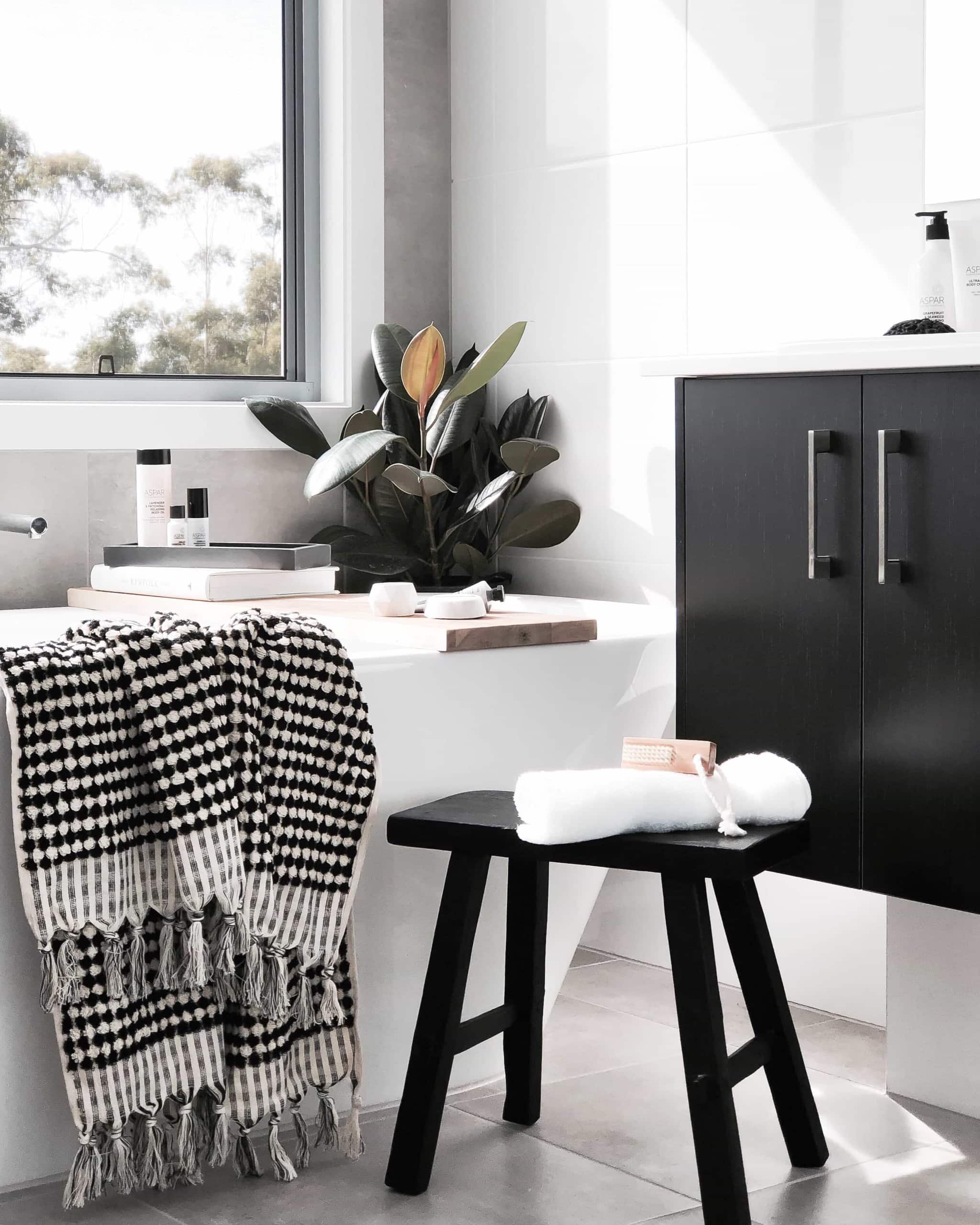 To enter to win a set of four black and white Turkish Bath Towels from Miss April:

PLEASE NOTE THE COMPETITION IS NOW CLOSED. THE WINNER IS CLARE MURPHY.