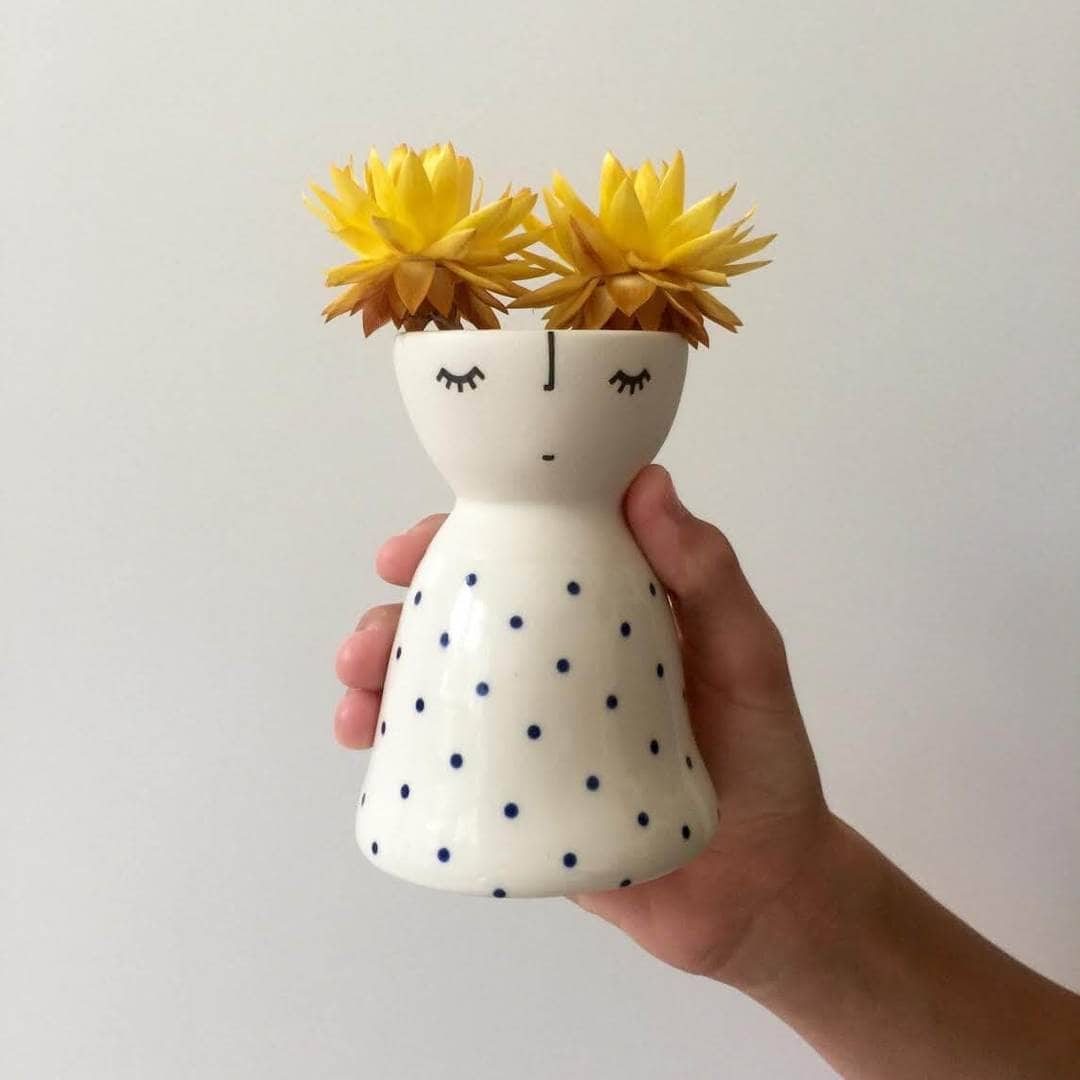 Meet the Creative behind Vanessa Bean Ceramics (and Win a Vase)

The work of Aussie artist and designer Vanessa Holle from Vanessa Bean Shop has taken the world by storm, and in today’s post you not only get a glimpse into her world, but you get the chance to win one of her divine ceramic vases. 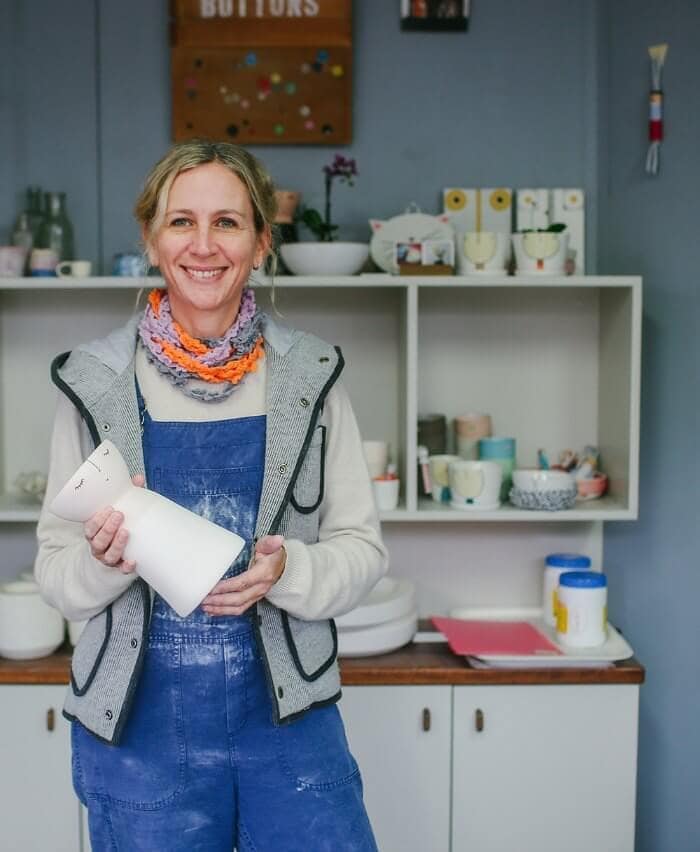 It must have been through Instagram that I first stumbled across Vanessa Holle’s work. You know how it is; you’re scrolling through your Insta feed at some ungodly hour and then an image appears that literally makes you gasp because it’s so utterly breathtaking.

That’s what happened to me when I saw one of the ceramic vases Vanessa has become so well known for. And it wasn’t long before this talented Creative sent me one of my very own to cherish. It sits proudly on my shelf at home and is constantly filled with florals.

Making the recipients of her vases part of the creative process is really important to Vanessa, she explains to me, when I caught up with her this week.

“I love that the vases and the planters involve the owner, that they become interactive,” she says. “Part of my process is that spirit of inclusion rather than just making and delivering. I am driven to make things that make me happy and that I would like to own myself, rather than what I think will sell”.

It’s proven to be a winning approach, because Vanessa’s vases are being snapped up by eager buyers on her Etsy store at a rapid pace, leaving her making almost 20 every week. 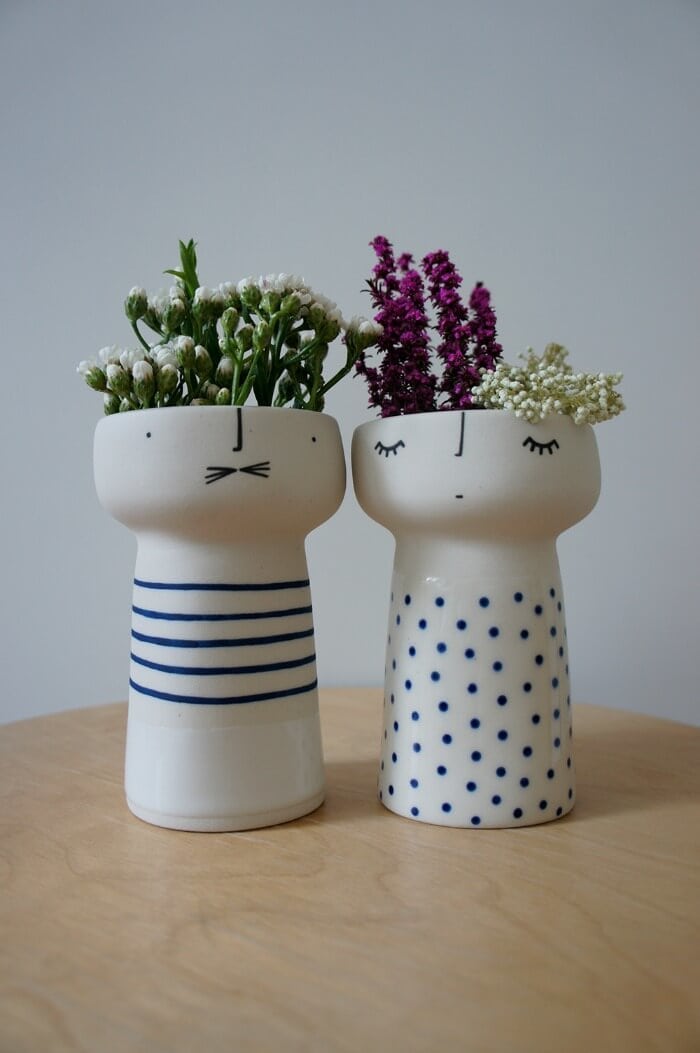 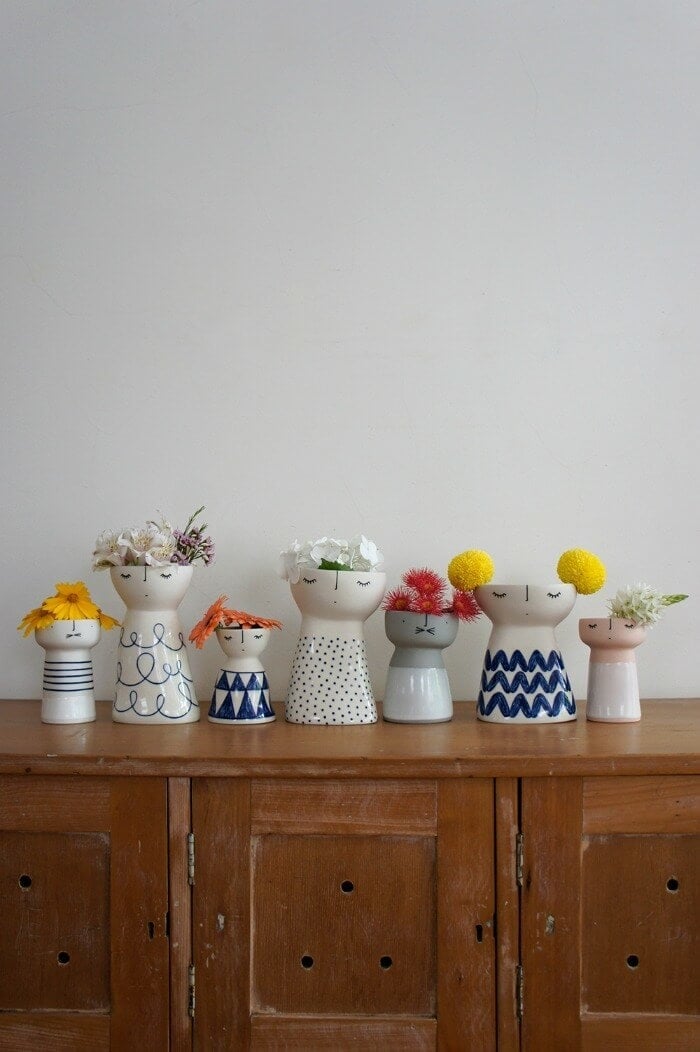 Initially hand-formed, Vanessa then slipcasts her vases, allows them to dry and then sands them, paints them and bisque fires them. Then comes the glazing, sanding again, styling them with flowers, photographing each piece, uploading them to her Etsy store for sale and notifying her followers via Instagram so that everyone has an equal chance to snap one up. I’m exhausted just thinking about it!

Vanessa discovered ceramics about six years ago when she attended a community collage course in porcelain jewellery. It wasn’t long before she got hooked on exploring and working with clay. Looking for a change from her work in graphic design, she was finally able to be her own client and create her own direction artistically.

“Initially I balanced design work with ceramic exploration,” Vanessa tells me, “but just this year have decided to focus full time on ceramics. I still draw on my design background every day”.

Selling her first piece of work at a pop up store with a group of friends in 2012, Vanessa later had some of her work at Koskela in the Sydney suburb of Rosebery, and was then picked up by a couple of other stockists shortly after.

Her Instagram following, which she tells me was small at the time, kept asking her when she was going to open an Etsy store so they could purchase her work. And once that occurred, as they say, the rest is history. 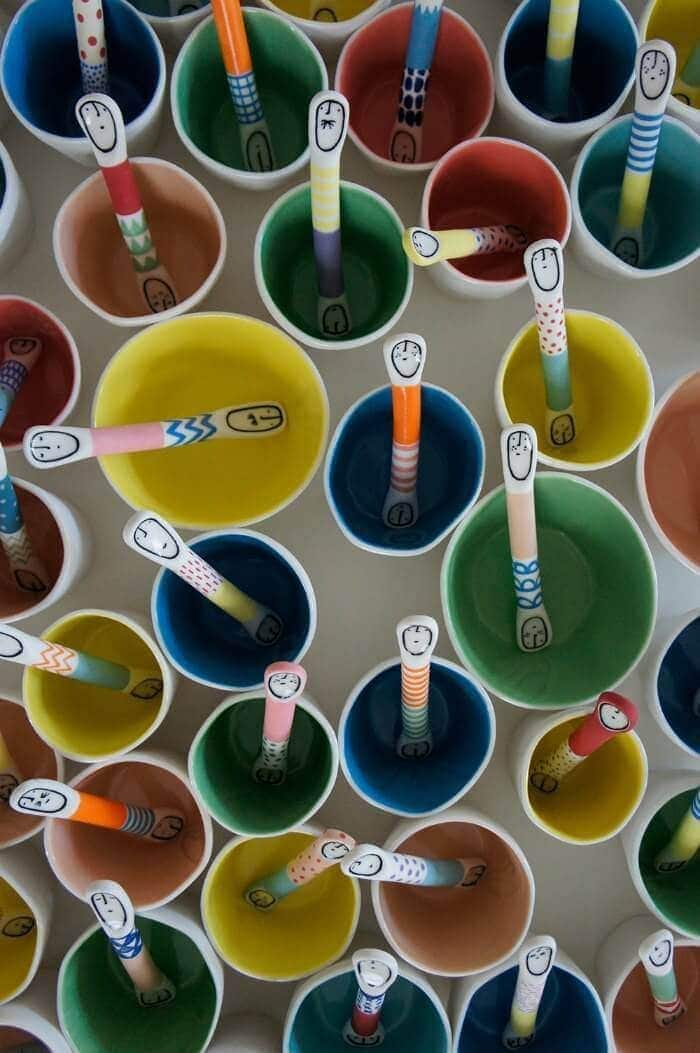 Of her actual design process, Vanessa tells me that she most often applies the paint to her vases on the day, without prior thought, as the type of pattern or face she applies is often based on how she’s feeling at the time.

“That’s why I don’t take custom orders, because I want to be able to shake it up and try something new as well as repeat a few old favourites but not to be directed. That’s what keeps it exciting for me. Only today I painted rainbow polka dots on a vase which I haven’ t done before”.

After years of working with ceramics and watching her brand grow into the amazing business it is now, Vanessa tells me that it is the first thing she ever made on the potters wheel – a mug – that is the most special to her.

“It was around the time of my middle son’s 10th birthday, so I painted it for him. Somehow I got the proportions right which was a complete fluke. Six years down the track and he is almost 16, taller than me – and he still uses it every day”.

And if you’d like to secure your very own unique vase from this very talented lady, see the competition below and enter to win one!

To go in the draw to win the vase you see above from Vanessa Holle:

Drop a comment below telling me what you most love about Vanessa’s work!

Please note: This competition has now closed. The winner is Ruth Ellet.