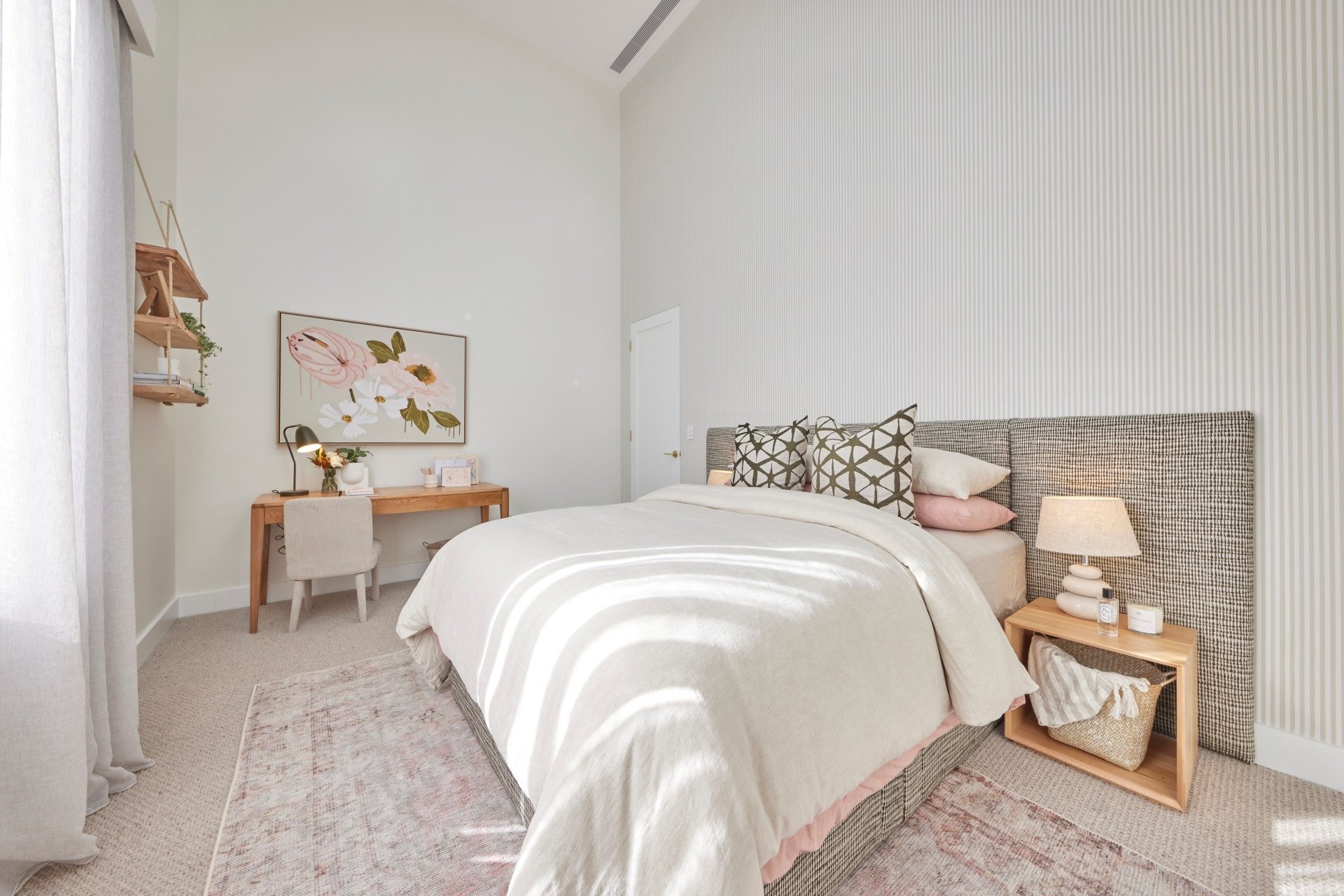 The Block 2021 winners have just been announced, but did they produce the best rooms? Let’s take a look in my roundup of top 10 best and worst moments from this season to find out!

If you don’t watch the show and you’re wondering who won The Block 2021, the details are below for you, in order of the team who took out the most prize money to the least.

I have to say, I expected that Kirsty and Jesse would take out the win. They were producing some stunning spaces that felt buyer-appropriate without being totally boring. But good on Mitch and Mark.

I was gobsmacked Ronnie and Georgia came last, but I do blame that facade. That said, what universe am I living in where Tanya and Vito beat them? What a world.

Anyway, let’s see how many of the best and worst rooms they (and the rest of “The Block family”) produced.

I’ve not seen curves this impressive since Kim Kardashian’s Paper Magazine Cover. Ronnie and Georgia’s staircase was hands-down the most gasp-worthy feature of The Block 2021 and it’ll go down in history as a truly iconic design moment.

In the picture above they look dirtier than a Charlie Sheen bender, but I’m sure they’ve been cleaned up for the new owners’ impending arrival. I’ll never tire of them.

How refreshing was it to see a kitchen that wasn’t, like the cast of most Australian shows, an all-white affair? Kirsty and Jesse had a few design moments that made me think they were heading toward success, but this kitchen really took them there.

The wallpaper was a standout moment in this room, and the navy and brass colour combo was everything. I’ve not seen a pairing this successful since Posh and Becks.

Can you get sick from licking a bathroom tile? Those blush and grey mosaics are doing things to me, and I can only hope the feeling’s mutual. They, paired with the brass accents and floating vanity in this bathroom are pure magic.

Mitch and Mark did a stellar job with this space, proving that they could bounce back from their first stint on the show to create some really refined designs (anyone remember the yellow and aqua bathroom abomination their first time around – eek!).

Kitchen week was by far the best one from this season of The Block. There were so many delicious moments to take in.

Ronnie and Georgia did a stunning job here, although I still say if I splash a few million on a home I refuse to drop a squat to open the oven. You don’t work that hard to bend and snap for roast chook!

It must be said that a lot of the rooms in Ronnie and Georgia’s home were more vanilla than an Ellen DeGeneres joke, but this guest bedroom wasn’t one of them. The headboard, the wallpaper, the high ceiling; I’ve not been so hot for something this pale since Robert Pattison’s Twilight debut.

Ronnie and Georgia did a lot of things well, but the front yard was not one of them. You might not win friends with salad, but you certainly don’t win them with bees. This yard stings – literally – and the facade feels more at home in the bush than a suburban Melbourne street.

The skylights, the tin shed vibe, the ability for peeping Tom to set up shop outside your front door and perve on you without even needing a bush; it’s all wrong.

You know I tell it like it is, so I have no issue declaring that the judges got it wrong here. This room was a fail, plain and simple.

‘Cluttered’ is not a word you want your real estate agent to list as a selling point for a room in your home, but in this space from Mitch and Mark, there’s no way to avoid it. A hoarder might enjoy this level of styling, but it didn’t make for an impressive room to touch the hearts of parents.

The green was also overkill, and the amount of skylights in the ceiling was more bonkers than Erika Jayne’s ever-changing stories on The Real Housewives of Beverly Hills (if you know, you know).

If was not cute before, and it only got worse after. The judges got it so, so wrong here for convincing the boys to change the orientation of the living and dining zones. Placement was never the issue, the cheap poker player vibes were.

The outdated blue velvet chairs, the fireplace that stuck out like dog berries, and the overall colour scheme; it all felt a bit cheap. The dining table was one of the only saving graces, but they made even that look unfortunate.

There’s no safe place for my eyes to rest in this room, which is just one of the reasons it’s so unsuccessful. The 645 skylights are too much. The tropical fans are a lot. The front door opening onto a funeral parlour table where guests sign the book was certainly a choice.

I could go on and on, but I already did that the first time this room was revealed. The front door placement created major issues here that Mitch and Mark couldn’t bounce back from. It still needs to be moved, and will probably haunt my dreams for months to come.

And The Most Divisive Space of the Lot

We must wrap up this Block 2021 fanfare with the space that was the most divisive of the season: Tanya and Vito’s bathroom with those brown tiles.

I’m still going on the record as declaring the original bathroom a refreshing masterpiece, with brown tiles so unusual that I was both surprised and delighted by them.

I know I’m in the minority here, but I loved the original design, from the tile choices to the flooring, the arched shower screen to the timber vanity. It all worked for me and I felt it such a shame that they toned it down so much based on the judges feedback.

Anyone else think this bathroom was delicious? Let me know!

Were you happy with The Block 2021 winners? Did you think they deserved to come out on top? And what were your best and worse rooms from the season? Drop me a comment below and share. I love reading your take on the show.

See more goodness from The Block via The Block Shop and nine now. 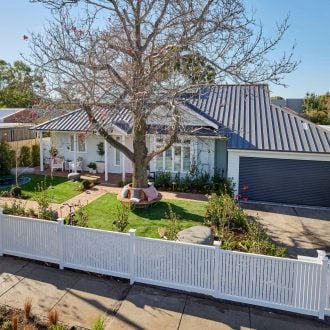 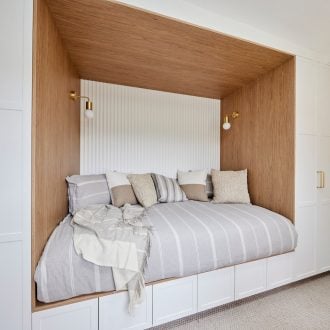 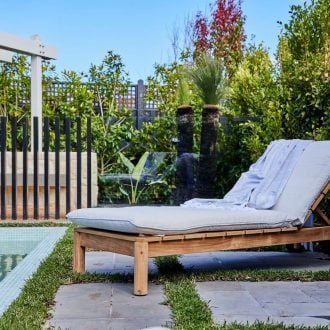 The Block 2021 Backyard Reveals Recap: Who Insisted On Installing All The Pools?

15 Modern Home Facade Ideas, plus How to Choose The Best Style, Colours & Materials

Nature-Inspired Interiors: 4 Ways to Bring the Outdoors in (And Where to Shop It) 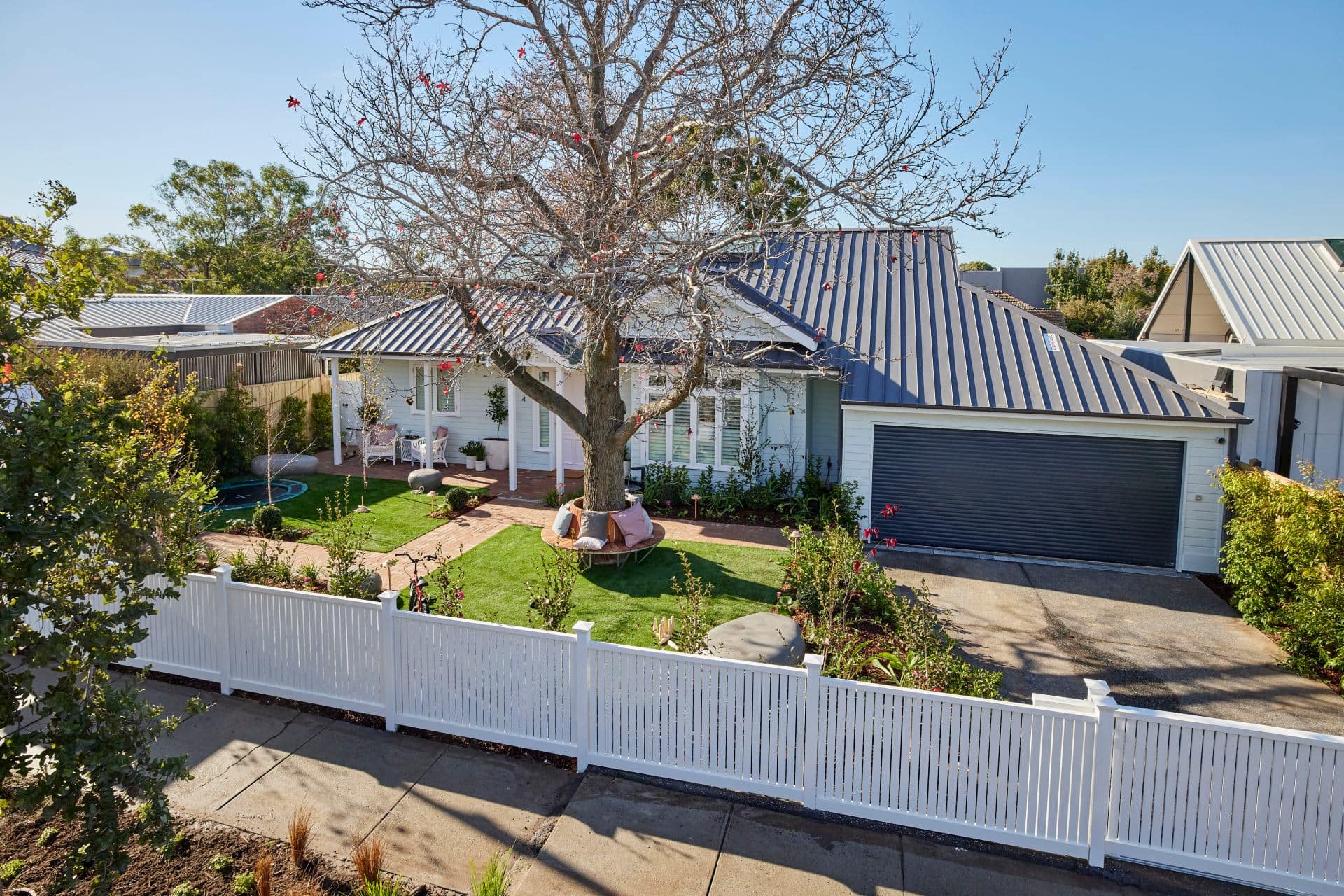