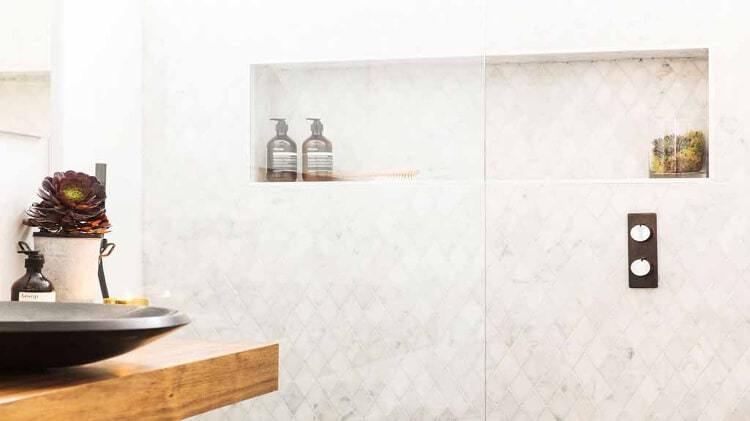 The Block Triple Threat: What we can Learn from the Bathroom Reveals

We’re not even into week three on The Block and we’ve already uncovered three spaces from the teams. Last night, bathrooms were on the agenda and I have to say that the reveals were a bit of a mixed bag.

Bathrooms, truth be told, are really hard to pull off and there’s a tonne of work involved. So much so, that I don’t ever want to get involved in a full-blown bathroom reno (leave me to the finishing touches, thanks!). I don’t doubt that the teams got major help on all counts from tradies and other experts, because pulling a bathroom together in days is just madness. 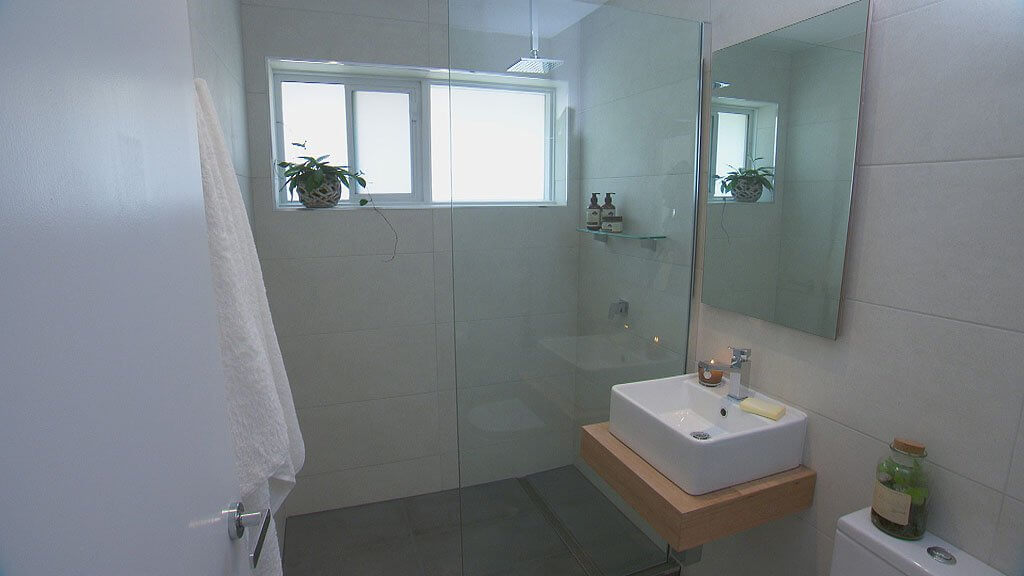 If someone could please wake me up it would be much appreciated. This is the third room from these guys that feels completely boring to me (their bedroom was too subdued and so was their living room). So much so that it feels like a safe, under-the-radar reveal. Neale said that there were no particular surprises or stunts in this space and that is definitely true (and a very kind use of words).

What we can take away from this space, though, is that matte tiles do make a room feel calmer and more serene. High-gloss is more visually stimulating and therefore less relaxing. Large tiles also go a long way to make a space feel bigger than it is. So in that respect, they nailed it. I just hope these two get a bit more colourful and interesting ASAP. 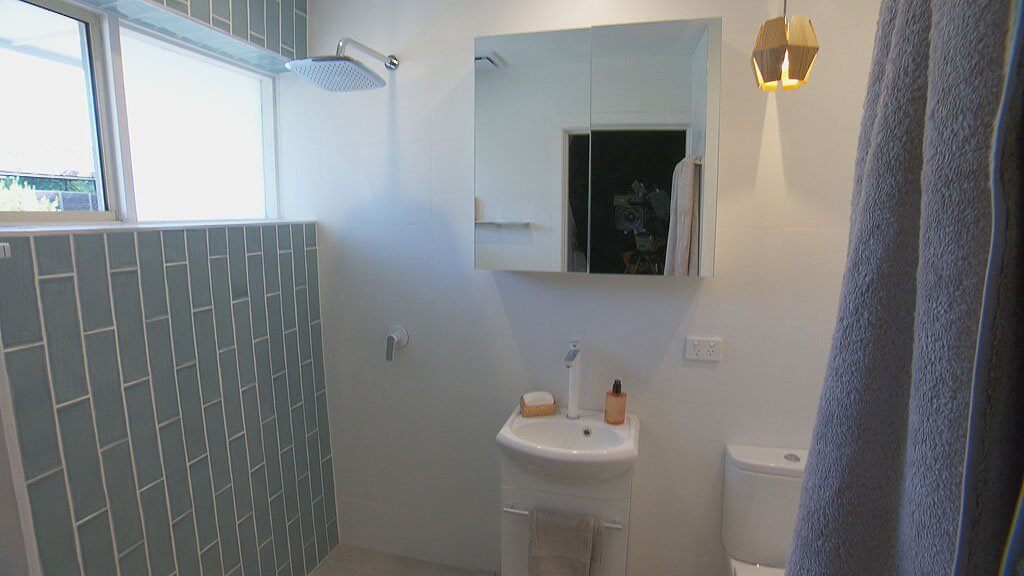 Oh Lordy – where do I start? Look, I am going to go easy on these two because it is clear that they’re completely out of their depth. The vertical tiles were the first sign that things in this bathroom were not heading in a good direction. They need to be far wider tiles if they’re to run up the wall like that, otherwise you get the sense that the bathroom needs to be flipped on its side to make sense. The colour of those tiles also had me experiencing an 80s decor flashback and I think a darker colour would have given more contrast.

The tapware was obviously way too high and the basin was way too small. A basin of that size is also not going to be helped by placing accessories on it. It just feels more cramped. Sad to see these two go!

I’m still waiting for them to play Anastacia’s I’m Outta Love when they show this teams room. Have they done it yet? It needs to happen.

This bathroom was interesting. I have to go to my immediate thoughts – and the two that came to mind were ‘too hard’ and ‘too cramped’. They’ve shoved a lot in there both in terms of fixtures and in terms of texture. The hard lines really made this space feel uninviting. There’s a sharp corner on that basin that would take a child’s eye out.

What can we learn here? Well, the feature wall was a wow moment and I love the tiles. In a bathroom, you have to choose your wow moment. The great honking timber shelves really take your focus off the gorgeous tiling in the shower. So it’s a less is more moment here! 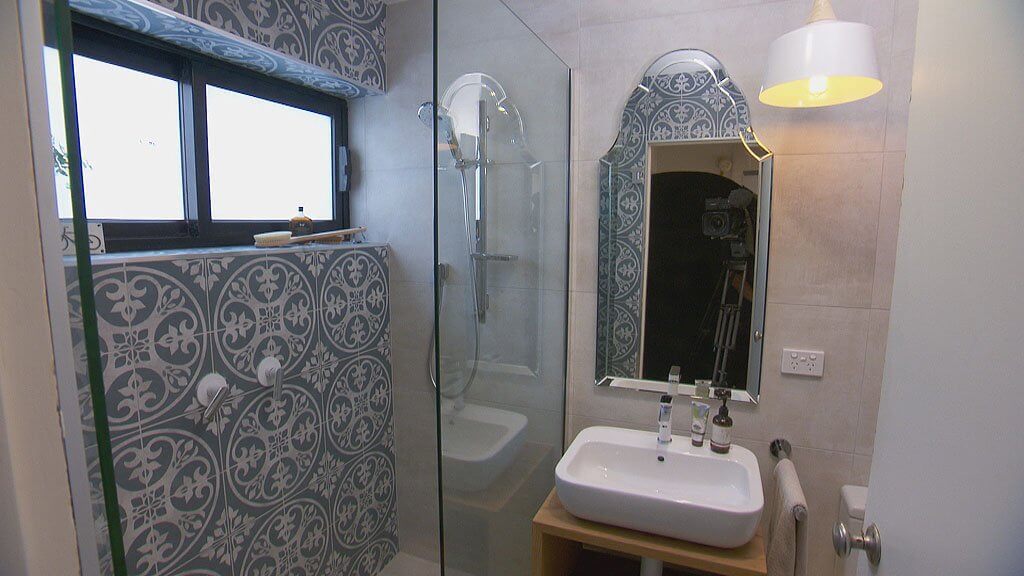 I’ve seen dramatic tiles in small bathrooms executed marvellously (check out this one, for example) but in this room it wasn’t working. Neale was right – it does hem in the space and it would have been far smarter for them to tile the wall across from the shower head only, so that when you’re in the shower you have something lovely to look at. Having it on the wall under the window – in such a large pattern – really makes the wall jump out at you.

I also think the mirror was a bit literal and I don’t think bathrooms need to feel so themed. You can give a gentle nod to a style without going too over the top. I think this space could have done with a darker tile, used sparingly, along with some copper accents and a lit candle – to really give it a Moroccan dayspa vibe.

>>> What’s your take on this week’s bathroom reveals? Drop a comment below and let’s chat!