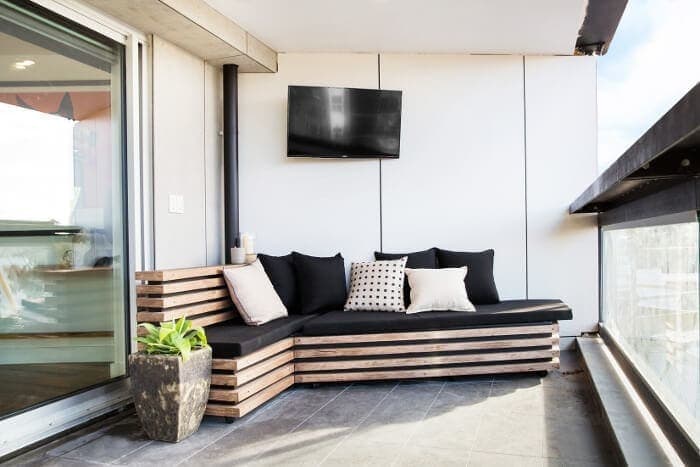 The Blocktagon Terrace Reveals: 2014 Blockheads did it Better, right?

So it was quite a gigantic week this week on The Block as The Blocktagon terrace reveals went down and the couples got the chance to re-do their failed rooms.

It was such a bumper week, in fact, that I’ve had to split out the posts into two seperate articles! 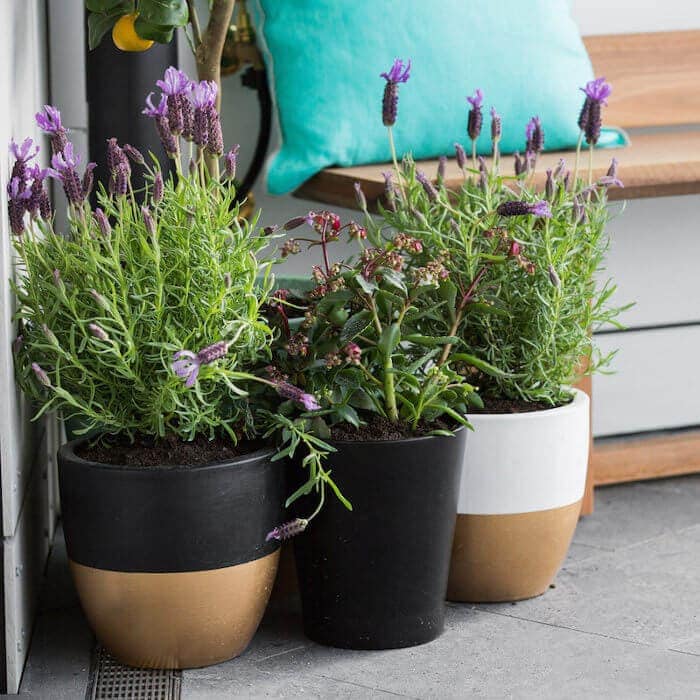 This post will look over the terrace reveals and there’s another post up now on the re-do rooms.

Let’s take a look at this week’s terrace reveals. I agree with the judges this week, although I saw a few issues with almost all of the terraces. I also wasn’t particularly wowed by any of them. Remember last year’s terraces – particularly Dea & Darren’s and Max & Karstan? Now they were breathtaking! 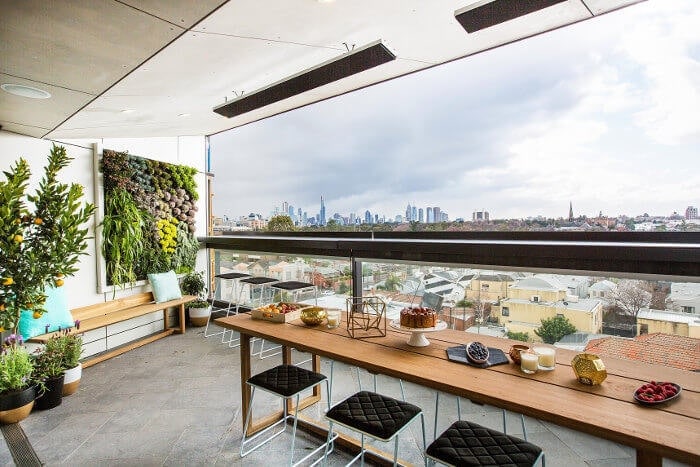 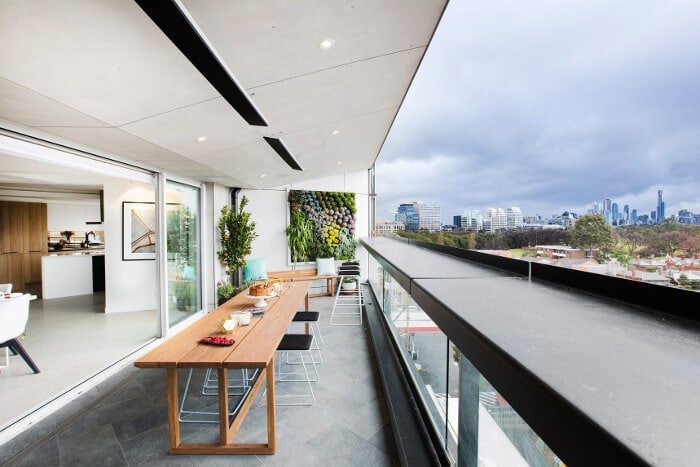 Let me start by saying that I adore the vertical garden. I think in a long, narrow space like this, it’s a genius move. It also links the outdoor area to the kitchen, which featured a vertical garden too.

I love the warm wood tones they used here and I think the aesthetic matches the rest of the house nicely (even if they did, once again, load their table up with too many accessories), and I think the pops of teal are a really nice idea to liven up the subdued palette.

What I didn’t like was their choice to put a long table here. I think with a terrace that’s so close to a dining room (and another table you could easily sit at), it’s unnecessary to have a second spot to dine at. I also don’t think it looks particularly comfortable. I think some lounge chairs would have been a better choice here. 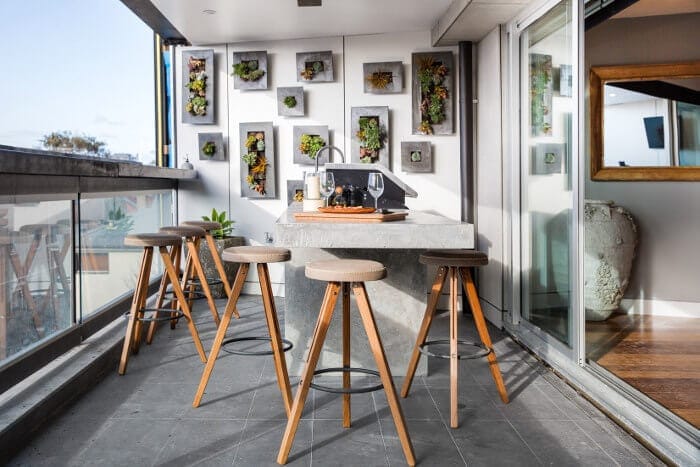 On the whole I quite liked this terrace. I think they did perfectly what Shay and Dean failed to do, and that was to create an area you could chill out and relax in with friends. It was also zoned really nicely and have you two distinct areas to play in.

This space feels informal in all the right ways and the muted colour palette ties in nicely with the base colours they’ve used in the rest of the apartment.

I will say that the end of the terrace that features the lounge seat was a little odd in that the TV was placed above it. What purpose does that serve the people sitting beneath it? I understand you could watch it from the barbeque area, but if that’s the case the TV needed to be miles bigger. 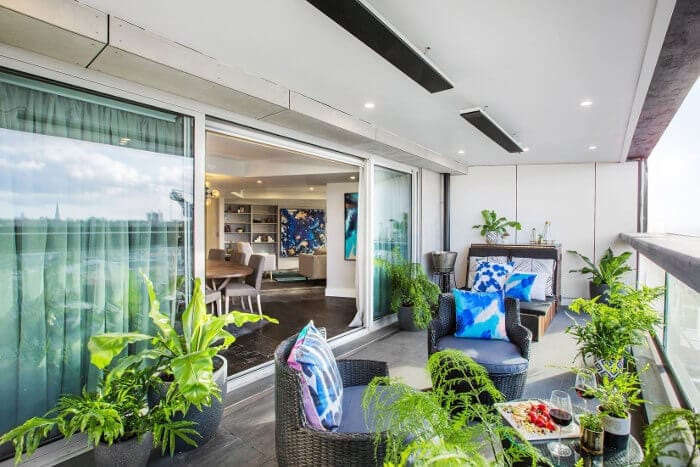 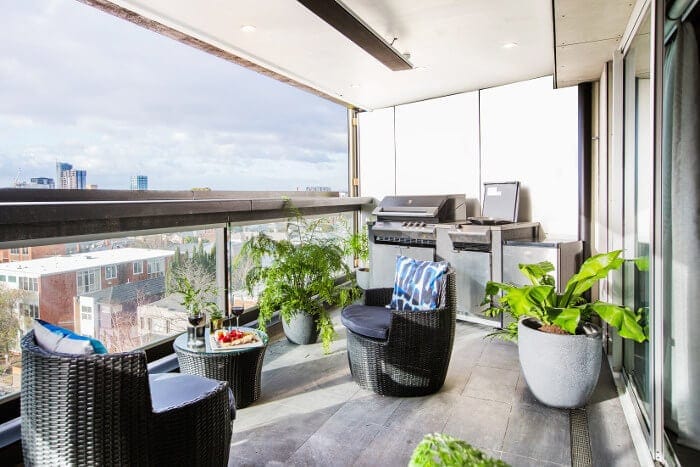 I’ve been loving what Luke and Ebony have been doing the last few weeks. Loved the living room, thought their dining room should have won and loved their re-do room. But this space was muddled, confused and a little whacky.

What I do like is the colour palette. Again, tied in really well to the rest of the house (all the teams are nailing cohesion here), but apart from that I don’t like anything else they’ve done.

I think the duo of chairs looking out beside the barbeque feels old and dated, and doesn’t cater for entertaining with guests whatsoever. I also think the large daybed with the random drinks bucket feels completely cheap and pedestrian. There are also waaaay too many random plants here – just plonked down wherever. 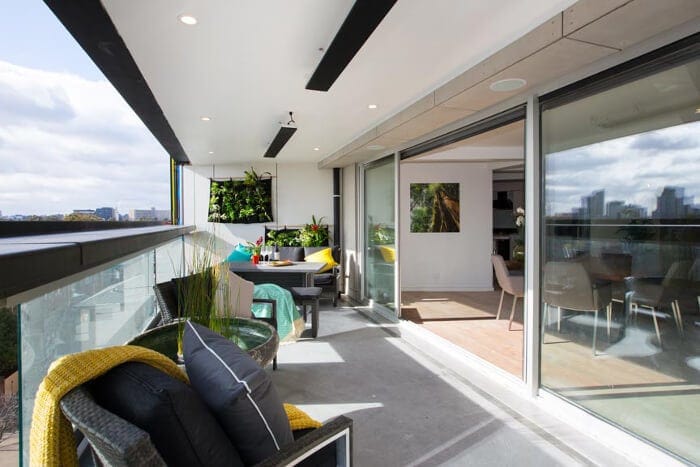 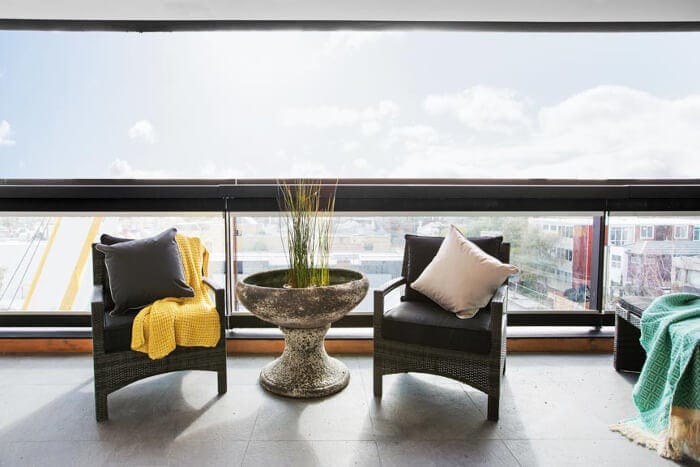 I’m not quite sure how I feel about Andy and Whitney’s terrace. They tied this week with Luke and Ebony although I’d argue that their space is better (but not by much).

It feels a little unfinished and unpolished to me, and I don’t think it ties in well with the rest of the home. They tried to  zone off different areas but didn’t do it well. It all feels a bit bare and barren. What’s with the stone water feature plonked between two chairs (and where do you rest your drink after a long day)? Not sure why they’re facing away from the view, either.

I think their vertical garden felt a bit sloppy, too, and I thought their outdoor furniture felt old and dated as well. Sorry guys. 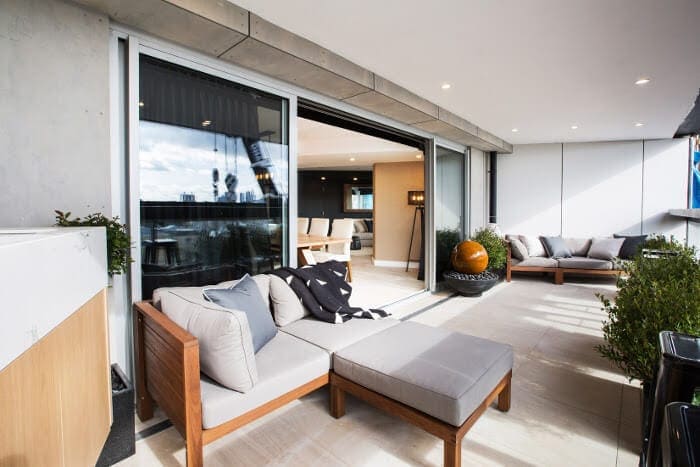 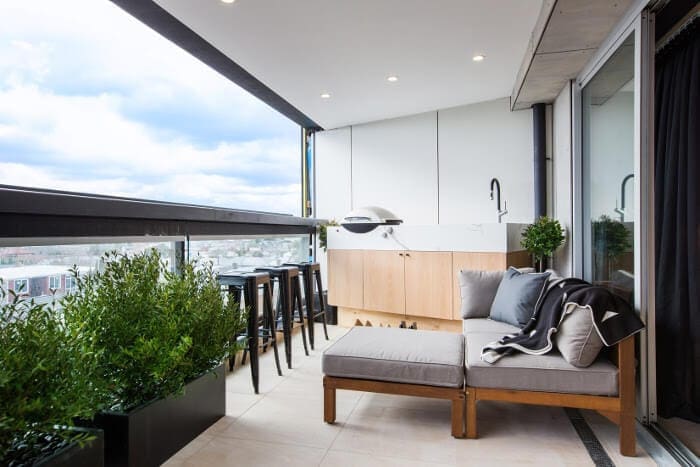 I’m not sure what happened with the barbeque cabinetry here, but it is so high that a snag could roll over the edge of the balcony and kill someone driving below.

This whole space makes me feel a bit sad. The layout is bad, the two zones are miles apart and have nothing linking them together (an outdoor floor rug could have helped here). It just doesn’t feel like a space you want to go out and sit in.

I was also not a fan of the giant orange ball water feature. It feels quite gawdy and old-fashioned to me. They also placed shrubs against the glass, which would mean they’d grow over time and block your view. Some very odd choices were made here.

>>> What did you think of this week’s terrace reveals? Drop a comment below and let’s talk it out.