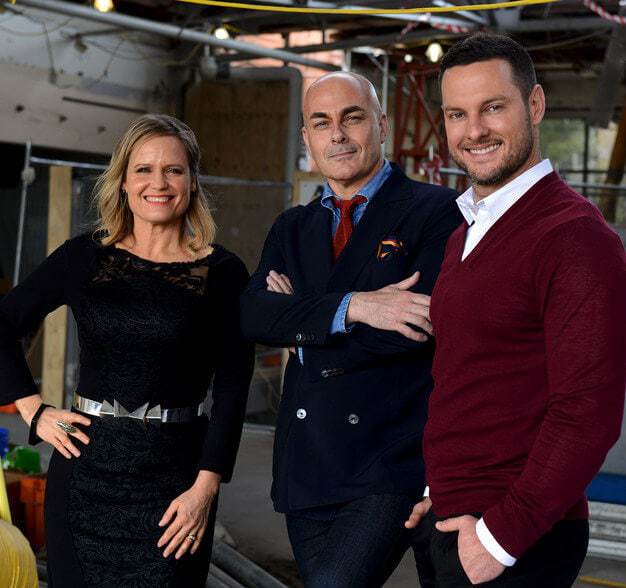 Shaynna, Neale and Darren Dish on The Block’s new Season

As reported on the blog earlier in the week, The Block is back for a whole new season. Rumoured to be called Blocktagon (due to the shape of the building under renovation), the show’s judging panel are back for what’s set to be a very challenging season.

With room reveal criticism and truth bombs on the agenda, Shaynna Blaze says that despite some contestants taking her feedback badly (I’m looking at you, Dea) she still plans to tell it like it is.

“Each season honest feedback isn’t always received well,” she admits, “but I will always be honest and constructive in my judging, as it does finally sink in that as judges we are giving them advice that will not only make their spaces work well but potentially add value on auction day”.

Creating spaces that will not only knock the socks off the judges but rake in the cash on auction day is all about creating spaces featuring new products and ideas, says nice judge Darren Palmer.

“Because we’ve created so many Blocks with so many great contestants over the years, the thing we want to see most of all is something that we haven’t seen before,” he says. “There are only so many stores in Melbourne, which makes it harder and harder to find new pieces for rooms as well as carving out your own style that’s not a repeat of what has been done on previous seasons”.

Main man Neale Whitaker agrees that it’s all about wow-factor in the rooms the contestants are renovating.

“I try not to dwell on the negatives, but the contestants have to remember that they are designing luxury apartments, and big price tags generally demand quality and innovation,” Neale says. “Avoiding generic styles and clichés is one of the most important challenges. They need buyers to be wowed, over and over again”.

Shaynna is quick to add that the spaces need to be liveable and not over-styled, with function being a key essential.

“The Block is not a magazine shoot, it is about creating real spaces for real buyers. So it is essential that every space works as a functional area”.

The new season of The Block, Blocktagon, is set to return later this month. Scott Cam will be back alongside Shelley Craft, while Keith the Foreman and Dan the Foreboy are also back for more.

>>> Are you looking forward to The Block’s new season? Drop a comment below and share your thoughts!