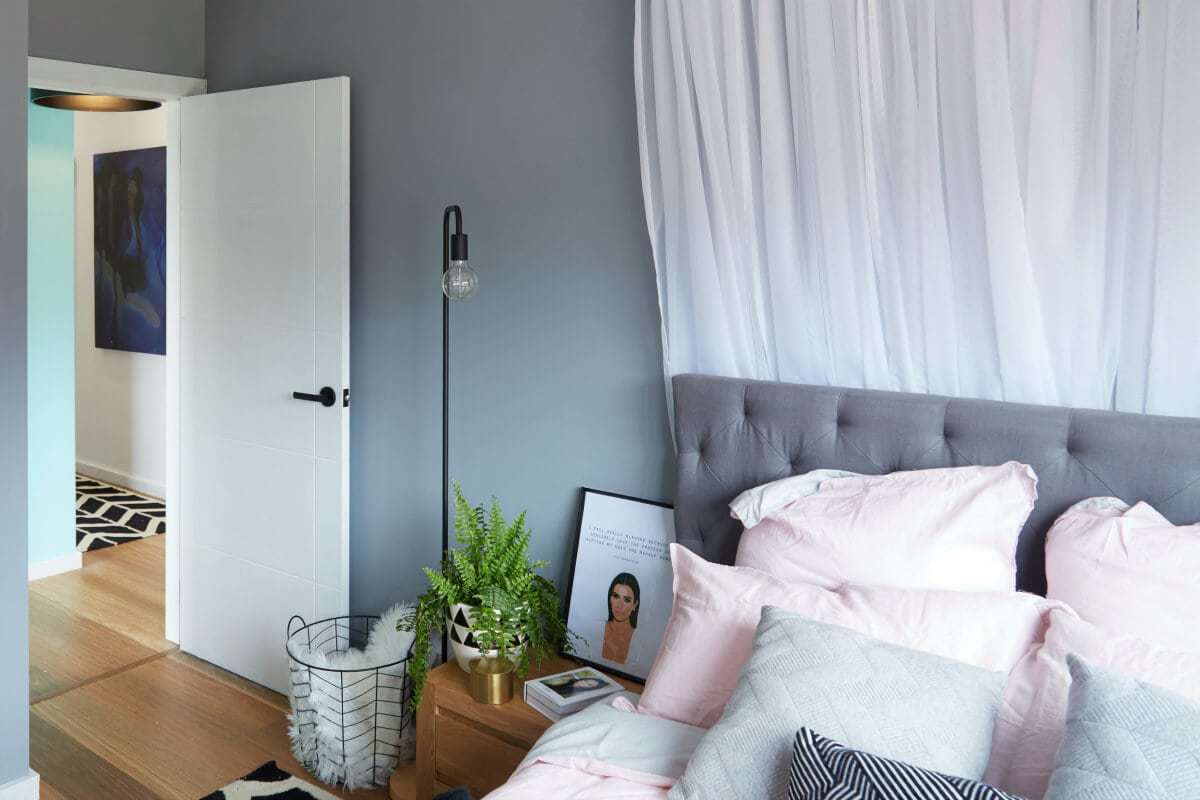 Thankfully, they haven’t. We gotta at least start off by admitting that the spaces dramatically improved this week, right? Not all rooms, of course. But at least some of the spaces actually worked. I’ll even go so far as to say I really loved some of the rooms. I know right – who knew!?

There are some clear front runners in this competition, and the rest are pretty dire. We all know the team that is absolutely diabolical and need to go immediately, don’t we?

Let’s take a look at the good, bag and ugly from Sunday’s House Rules reveal… 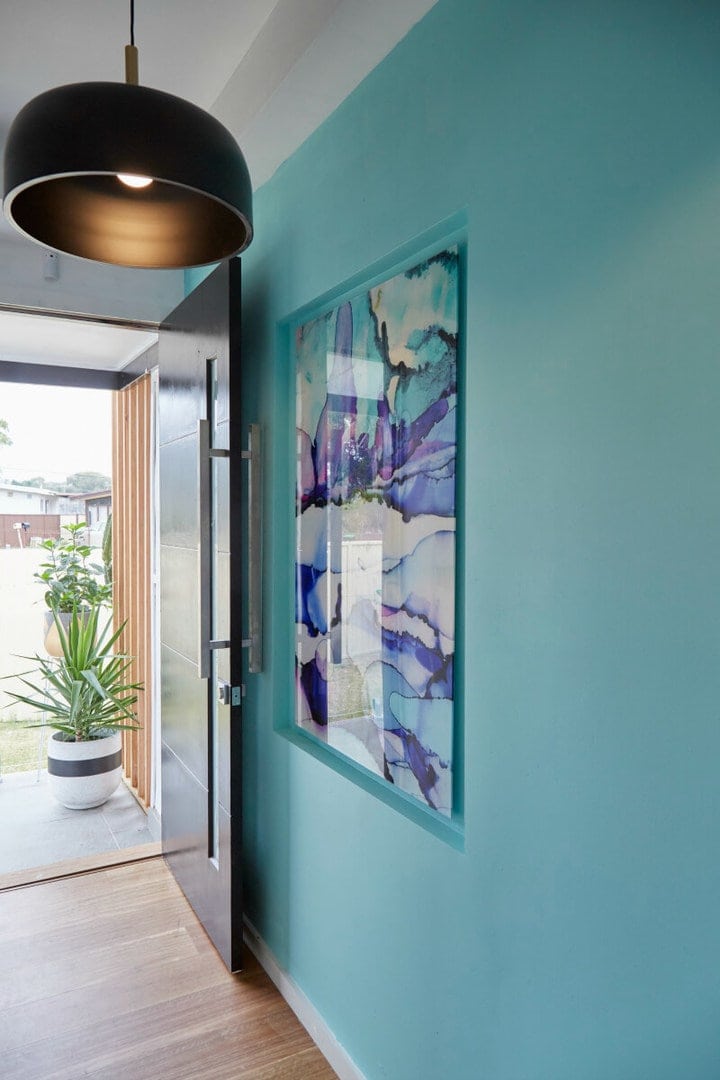 Kate and Harry had a bit of a shocker this week, and the shoddy work in the entryway above made it obvious that they bit off more than they could chew. The Kardashian-themed room (who asks for that as a theme, btw?!) was better, but not entirely something to write home about.

Every single time I see the reveals I want to host a styling masterclass with these contestants. They have no idea how to style a bed, bedside table or coffee tables. It’s so disappointing to see the finishing touches neglected like this.

Below, the judges praised the laundry created by Aaron and Daniella, but I believe they made a small space feel smaller. The storage on the left is a step too far and I’d have gone with a less-is-more approach here. Talk about claustrophobic. Does a laundry really need all that shelving and cupboard space? How many people live there? 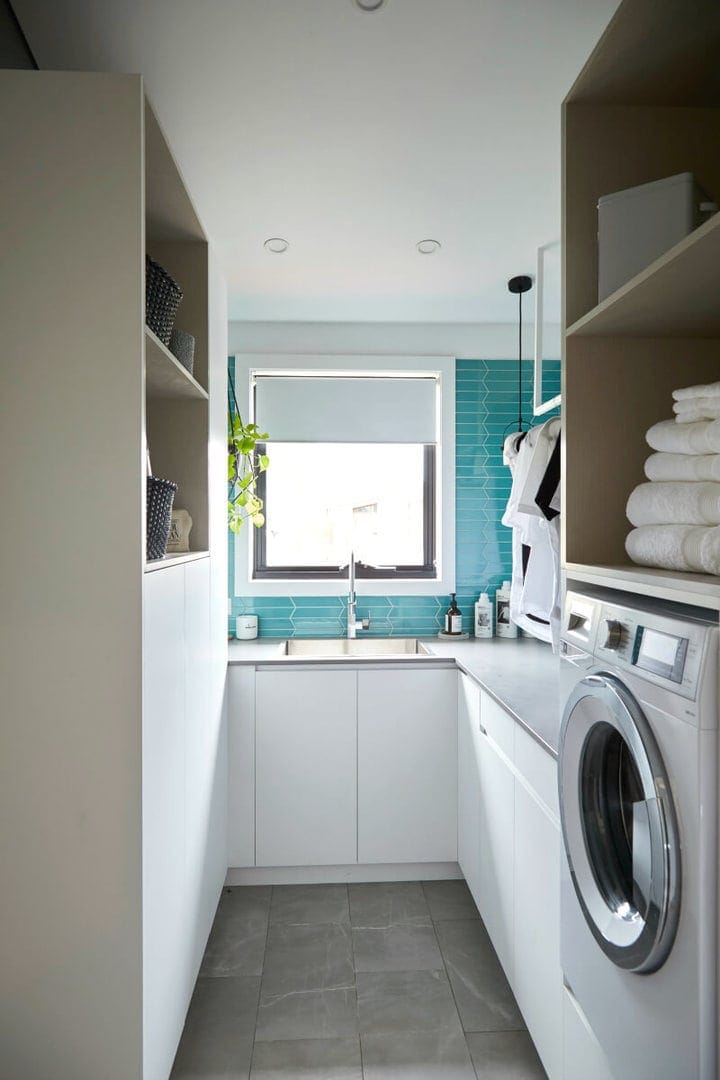 My Vote for Best Rooms: Kitchen and Dining!

The kitchen, created by Andrew and Jono, was really lovely. Great colour palette, nice layout, and styled quite well. There’s loads of storage on offer here and there’s enough interest in the design without it being overbearing or dominant. From the kitchen we saw last week, this week’s space was mind-blowing.

The kitchen flowed wonderfully into the dining room, which Aaron and Daniella knocked out of the park. After seeing last’s week’s horrible Nanna-gone-wrong dining space, it was SO good to see a clean, modern and well-styled dining zone. It met the house rules perfectly and I’d happily steal every piece for my own abode.

In the slideshow below you’ll see the worst space of the week first: Nicole and Fiona’s GHASTLY living room. Can we kindly show these gals the door ASAP and request they don’t return? That coffee table is possibly the worst thing I’ve ever seen. 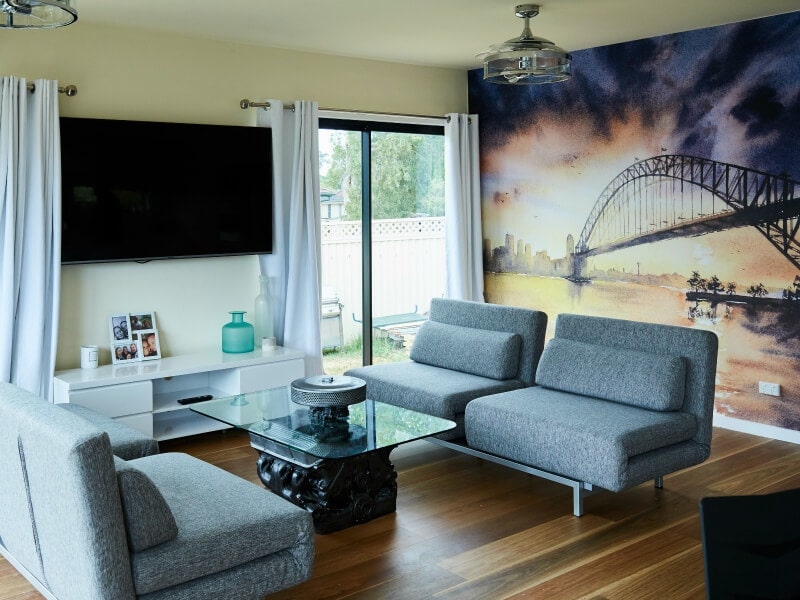 You gotta admit, there was nothing redeeming about Nicole and Fiona’s wrong.com living room design. It was by far the worst of the week. 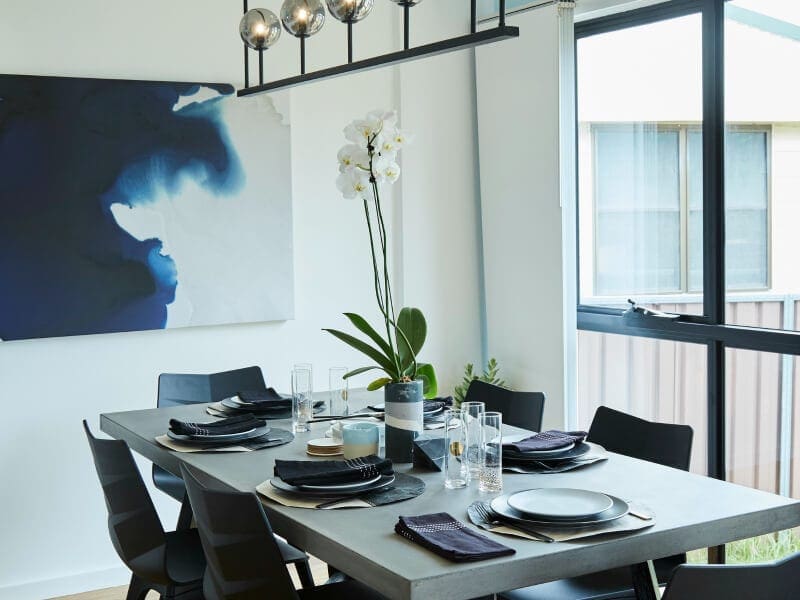 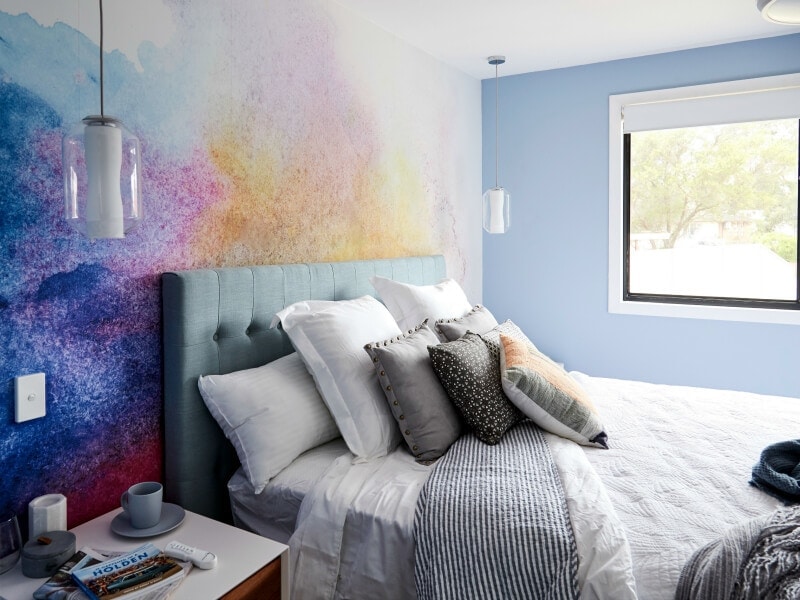 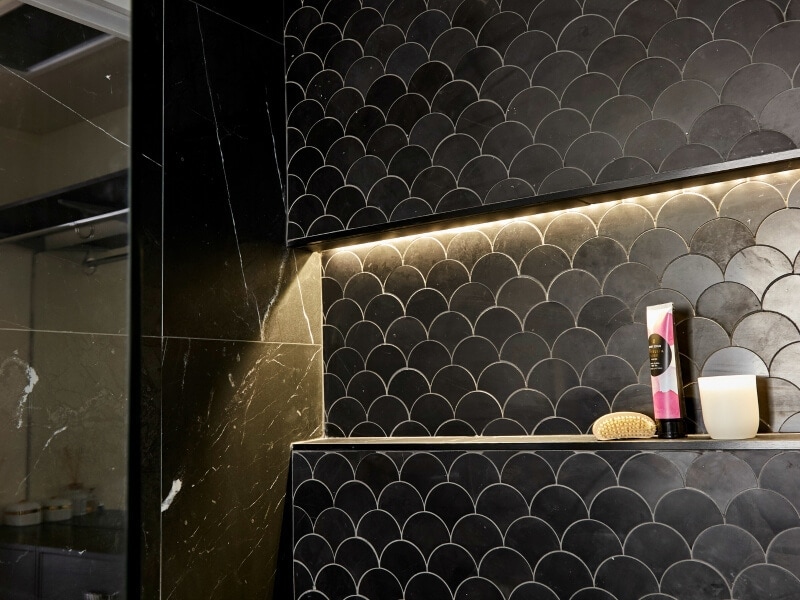 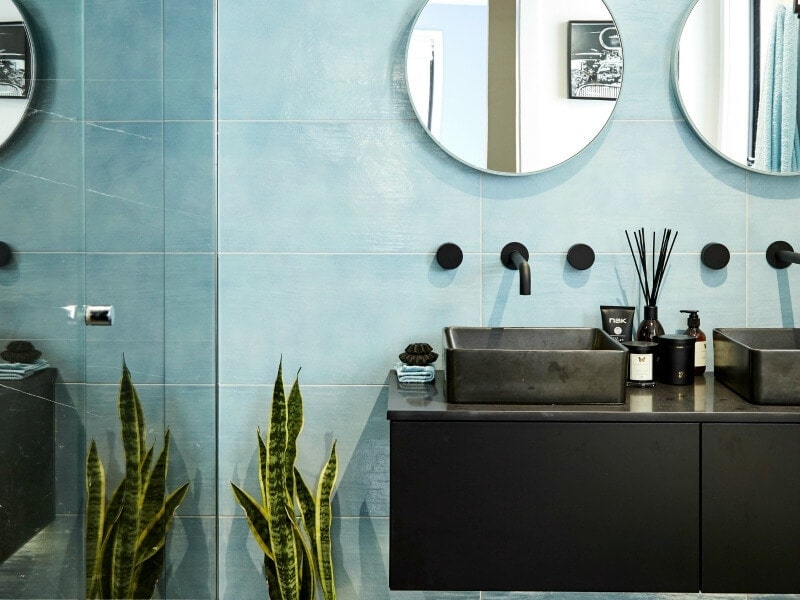 What did you think of the Murals?

Is there a major mural/wall decal sponsorship going on this season? Because both the living room and the master bedroom had whole-wall murals going on and neither space was better for it.

I thought the living room mural of Sydney Harbour was bad, but the technicolour nightmare on the wall in the bedroom was just as on-the-nose.

I know the teams were probably encouraged to be bolder and brighter this season to coincide with the show bringing on Lawrence. But really, there are far better ways to execute colour.

Let me know what you think of House Rules 2017 in the comments below. Who do you reckon will win this season?