The Block 2016: What we Know so Far (and Inside the Weekly Reveals)

Go Inside the Weekly Room Reveals:

If it’s one thing I know about TLC readers, it’s that you love a bit of Block goss. So when it comes to what’s in store for The Block 2016, I thought it best I share with you what I know so far – and what I think the new season of the show needs (besides me as the fourth judge, of course!).

The new series will start after the Rio Olympics

While there had been a lot of rumours about the delay in the next series being due to slow ratings in previous seasons, show exec Julian Cress denied the claims. He told media months ago that they were still hunting for a location to shoot the show in. They secured one a while back though and have been filming for months. The show will premiere after the Olympics finish.

It will take place in Melbourne though

Speaking to AAP, judge Shaynna Blaze said months ago, “I think Melbourne is the home of The Block, now… there are so many unique properties and also the fact that it’s a good area and the councils come on board”.

Since that interview, we’ve learnt that the show has been filming in Port Melbourne, as the teams are renovating over a old soap factory from the 1920s. It’s an art deco building that’s going to present a lot of challenges for the couples as they struggle to reinterpret the buildings older design.

Shaynna Blaze, Neale Whitaker and Darren Palmer are back too.

It’s fair to say that if the divine Ms Blaze was talking to the media about The Block and where she believes they’ll film, that she was lock in for the 2016 judging panel. We’ve since learnt that Neale and Darren are back too, and co-host Shelley Craft will join Scotty too.

Host Scott Cam says, “This series has gotten off to a cracking start – one of our best yet. It is going to give Aussie viewers great pleasure watching these Blockheads restore this building to its former glory”.

There will be five teams this season – including a same-sex couple.

It’s actually pretty bad when this has to be listed as a point in a news article, but commercial TV is so lacking in diversity that this signals a big moment for the show. The Block hasn’t featured a same-sex couple since Wazza and Gaz back in season one. The Block 2016 will feature lesbian couple Julia and Sasha, who have been together for four years.

** This is an updated article for The Block 2016, and below I’ve left my original commentary on what I thought the new season needed. I’m glad they’ve answered my prayers on the diversity front. Let me know what you think!

The Block 2016: What the new Season Needs

I’ve watched my fair share of The Block over the years, and Lord knows that I love a reveal. The chance to examine the design and decor within each room reveal every Sunday night is my idea of a good time!

There are many fantastic things I love about The Block. As a series, it shows us what you can do in a home in the way of design and construction, and it exposes us all to a stack of wonderful Aussie furniture, decor and art brands we may to have know about previously. And I do adore the judges. I’ve interviewed all three of them on the blog before and I love the passion they have for The Block and the contestants.

But now that you’ve had your sugar, you gotta take your medicine. This is the one thing The Block 2016 is in dire need of. 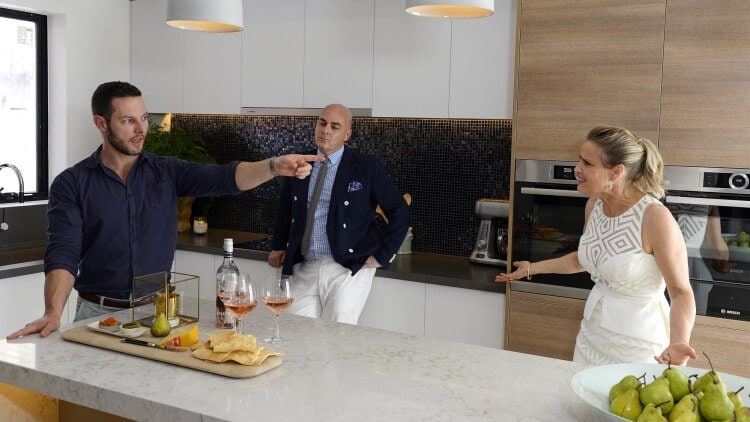 Diversity – on all fronts.

This is the main change that needs to occur on the show. The contestants need to be far more diverse that what’s been selected in previous series. It’s not representative enough of what I see in my day-to-day life in terms of the people I interact with.

Couples from diverse, cultural backgrounds wouldn’t go astray, nor would an older couple. A same-sex couple would also be amazing, but without all of the usual cliches that often get attached to them (a male couple, for example, don’t have to be made out to be the bitches on the show).

I would love nothing more than a series with a same-sex couple, an older couple and – if you really want to drive some major change domestically – a Muslim couple, an Asian couple, an Aboriginal. All of these demographics need to be able to switch on the tele and feel like they’re being represented. Let’s hope the casting for this year is a little more diverse, huh?

What do you want to see on The Block 2016? Drop a comment below and share your thoughts on how the new season could rock.