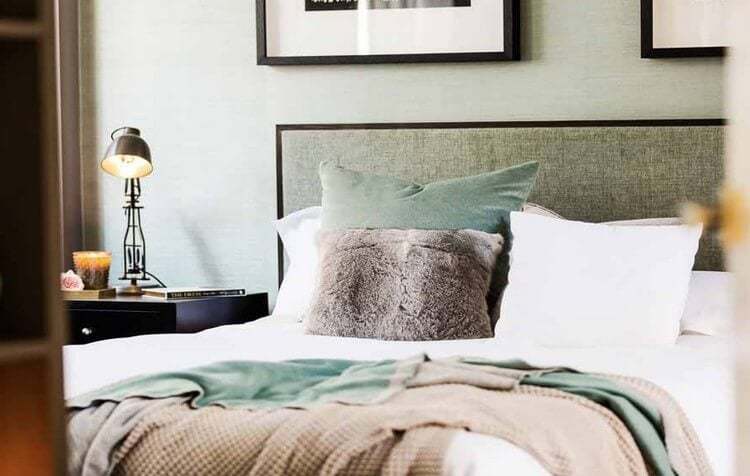 Oh how I love judgement day on The Block.

I also love it when Neale, Shaynna and Darren disagree and don’t hold back with their critiques. It certainly happened this week with the guest bedroom judging and I have to say that I’m on team Shaynna this round – that woman makes sense! Let’s take a look at the rooms and then I wanna hear which judge you most agreed with.

Before we start though, I need to address one of the biggest mistakes made by the teams this week:

Messy beds are not a new trend. Please make them. Dumped throws and thousands of cushions are not a thing. This must end.

There. I feel much better now. On with the recap… 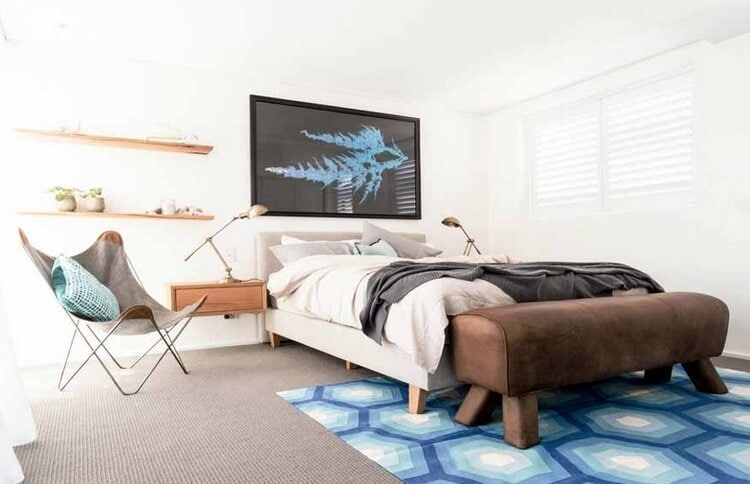 Who made the rug that Josh and Charlotte used in their room? Was it supplied to the show? Because it seemed to get a big thumbs up when it was completely off-point in the space.

Also, what’s the deal with the unmade bed? I understand that styling for print campaigns often calls for a bed to looked lived-in (AURA, for example, do this wonderfully), but here it just looked messy and unattractive.

They do get points for the base colour palette though, because it was light and airy and exactly what you want in a bedroom. So, they were heading in a nice direction, but a lot of the pieces just didn’t work together. This team struggles with executing accent colours. The blue was all a bit intentional and matchy-matchy, so the room didn’t feel harmonious.

This team has come a long way since they started and their guest bedroom illustrated that. The foundation of this space was pretty divine in terms of the textures and the colour palette they used. Those greys really created a sense of grandeur and luxury, but that said, some of the finishing touches let the room down.

A few teal throws dumped on the end of the bed – atop a white quilt – was not a good look for the space. They needed to go with a less crisp colour than white in order to truly evoke a sense of calm and relaxation. It stuck out in the room for all the wrong reasons and was quite visually jarring. Side table styling was stunning though, don’t you think?

This room was definitely better than Josh and Charlotte’s and better than they’ve done in previous weeks. 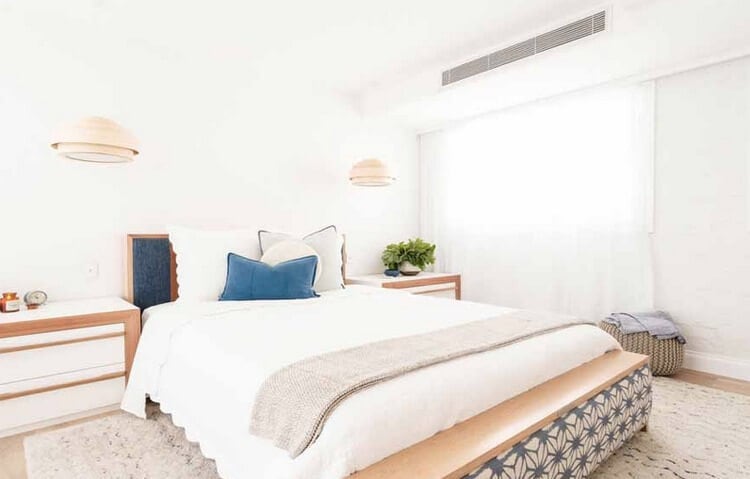 There was a lot of lightness happening here which felt really welcoming as you walked into the room. It was almost etherial. The sheer curtains were a revelation and they matched the lightness of the bedding. So in terms of the starting point and mood for the room, they did really well here. Even the light tones of the wood and the soft grey throw further added to the calming atmosphere.

Again, the accent colours were a fail. I think the teams need a colour class. The end of that Jimmy Possum bed had a lovely pattern going on and they couldn’t successfully match the colours in accent cushions or in wall art. This was a monochromatic colour story waiting to happen and they didn’t explore tone at all.

I agree with Neale; no personality in this space. You almost want to go in and finish it off. There was a colour gap that needed bridging. 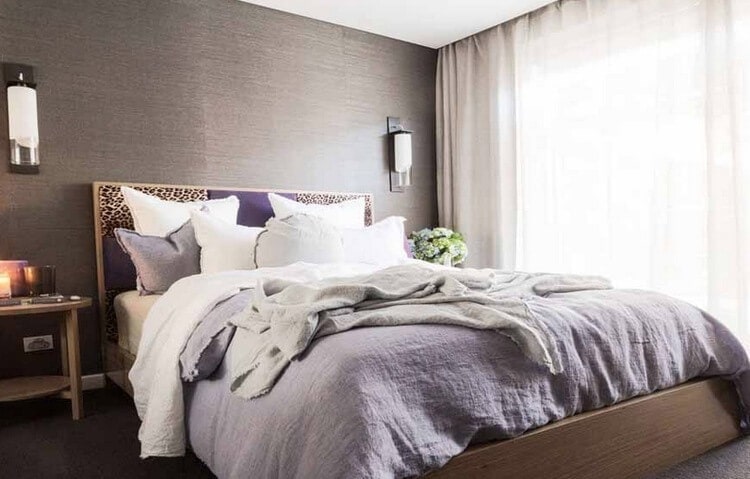 Is there a bed under there somewhere? Good Lord – did the show get an over-abundance of soft furnishing suppliers and the teams were forced to use them? Way too much soft texture happening here and way too many pillows and cushions on the bed. That, teamed with the grass cloth wallpaper, almost made the space feel too relaxed, too snoozy and too plush – like you’re in one of those foam ball pits at a kids play centre. You’d fall into that bed and never get out alive.

Colours were lovely, artwork was divine and even the armchair was lush. It was the best room, hands down.

I think the only real issue in this space was lack of balance. There were too many soft textures and not enough hard ones. If you just took a lot of that bedding away it would be pretty amazing.

>>> What are your thoughts on this week’s reveals? Which room was your fave? I’d love to know if you agree with me or not. Sound off in the comments below and let’s chat.