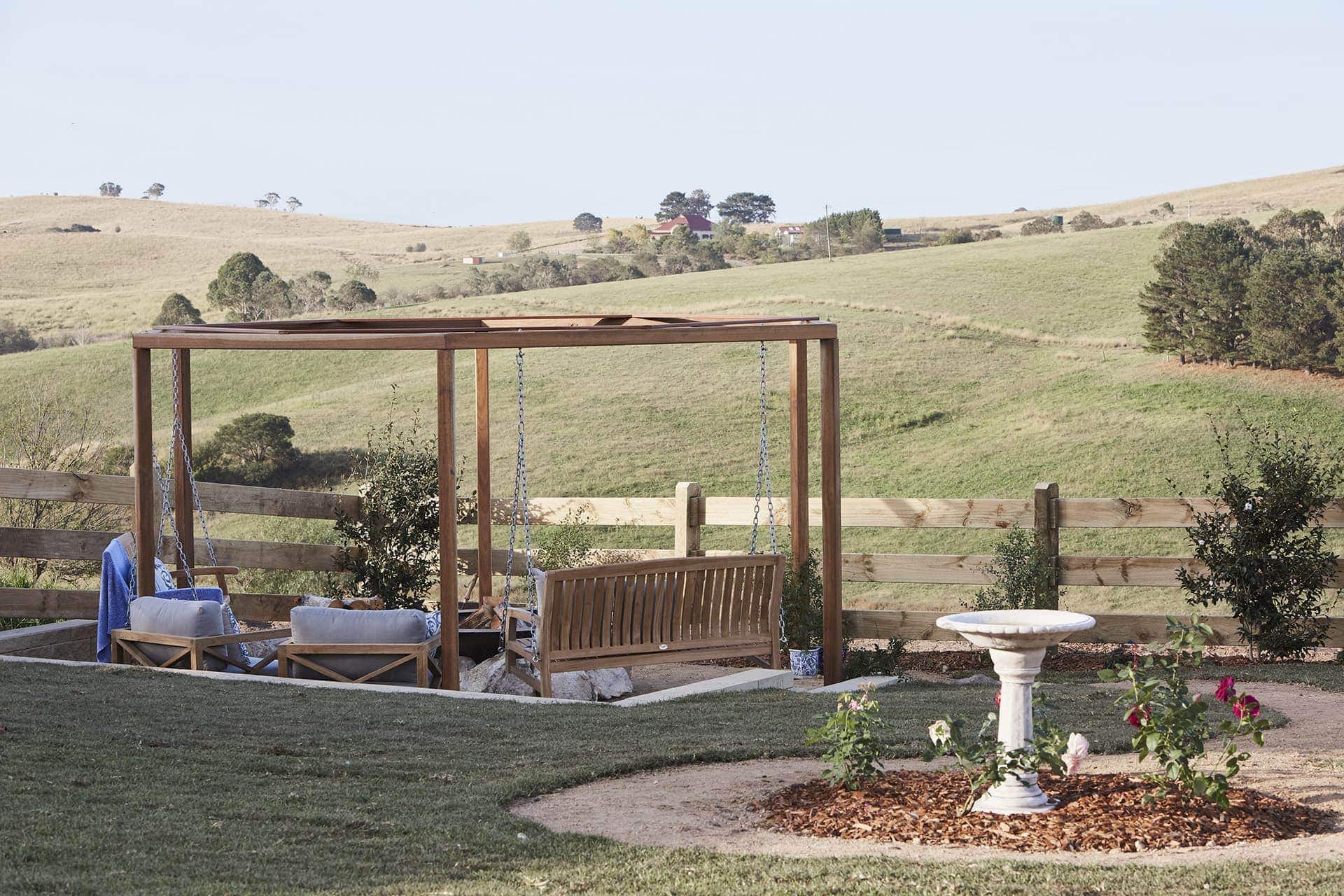 I’ve gotta admit, the second lot of House Rules 2018 backyard reveals has left me wanting to go bush. I’m absolutely convinced there will be a time in my life where I become a ‘good honest country gay’. Allow me to explain.

It’s a known fact that in every regional country in Australia, there’s a cute older gay gent who runs an antiques store. Sometimes it’s a homeware store. It could even be a nursery. But it’s something cute and creative and they have an apron on and glasses on the tip of their nose. Well, I am going to be that man. I’m a few years off, but it’s fate. This week’s reveal at Toadfish & Mandy’s cemented the dream for me.

And in this store I own, I’ll bore tourists with tales about a time in which the nation was glued to their tellies watching a show called House Rules. And another called The Block. And I’d write bitchy critiques about them and amuse myself to no end. I cannot wait for my twilight years. I’ll keep you posted on where the store is located.

And PS: If you’re in a regional town and there isn’t the token cute old gay man, chances are it’s you lol. 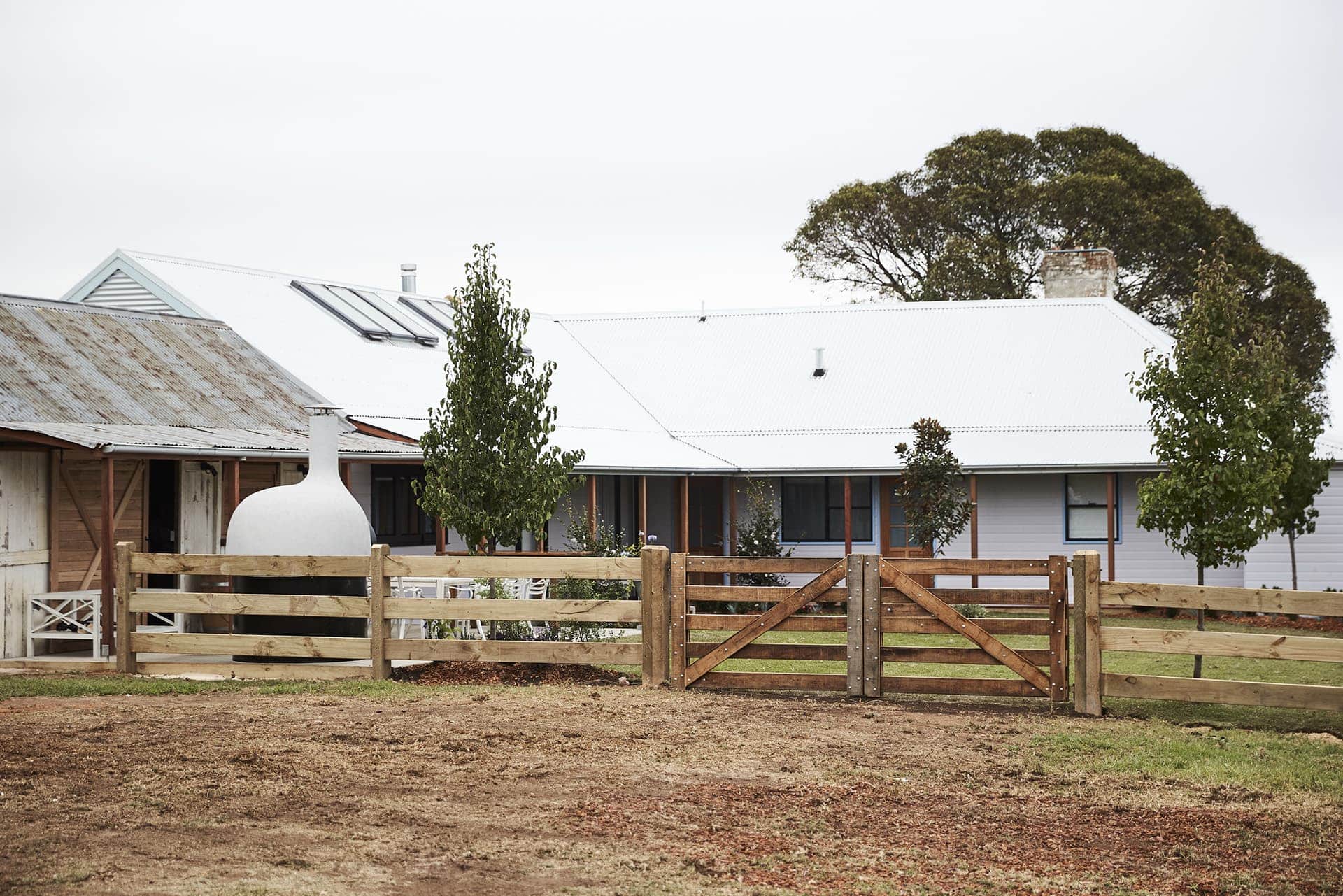 OK, so now that I’ve confessed my plans to go bush and sip red wine in front of a fire until I’m 94, I should explain why. It’s Toadfish and Mandy’s dreamy, dreamy homestead. The exterior I mean. We’ve already been over the abomination that took place inside their home, but good Lord is the outside quainter than a bundle of kittens photographed by Anne Geddes.

The gate above is divine. I want to sit on it with a toothpick in my mouth and yell out to Ma that the rains are comin’. I’d be wearing denim overalls, of course. It’s absolutely gorgeous and it’s a really nice way to welcome you to what is a phenomenal outdoor area, don’t you think?

I don’t even believe there was much phenomenal design going on this week, truth be told. I just feel like it’s really hard to wreck a scene like this one. The more rustic and imperfect something is, the more it looks in keeping with the style of home. 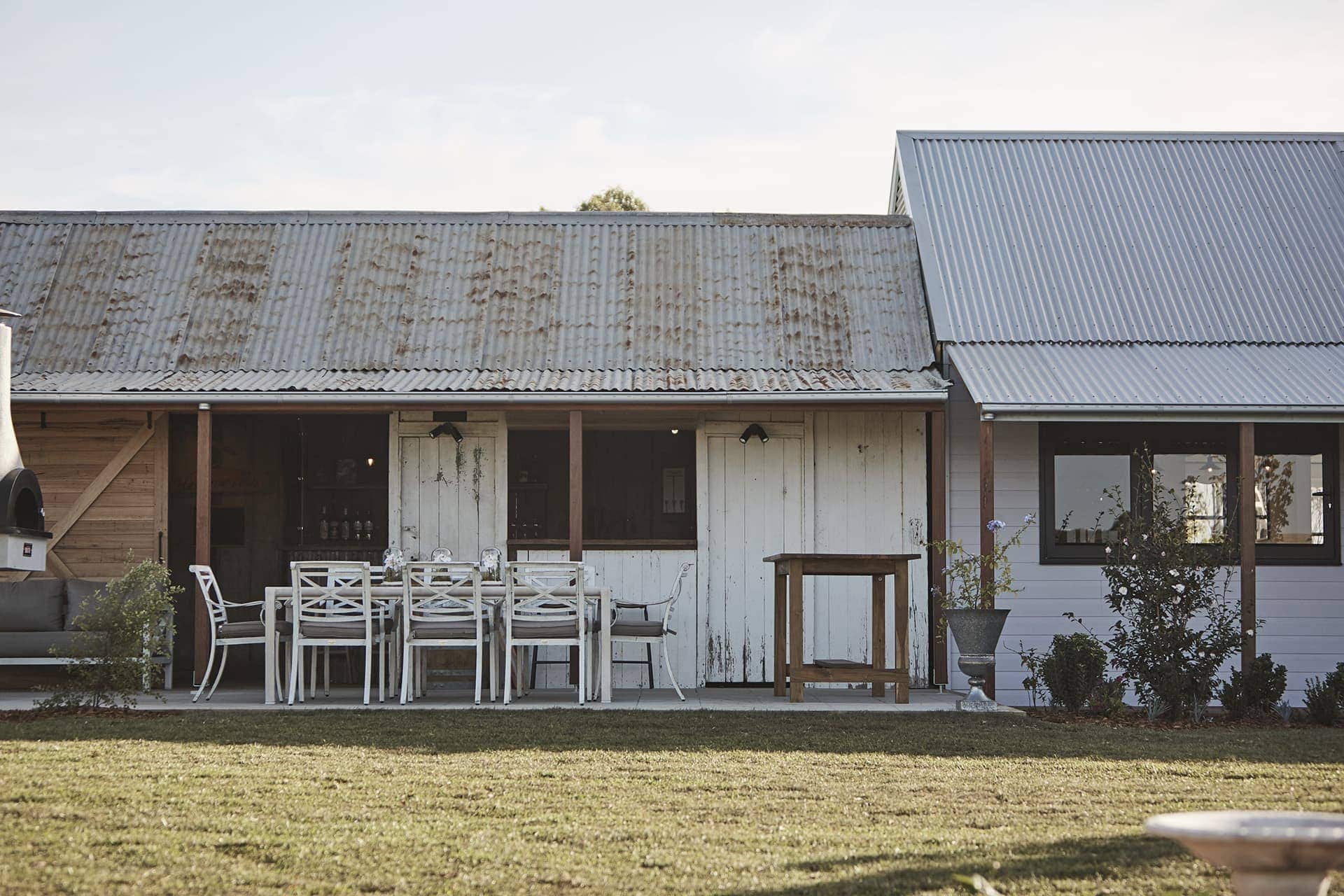 We have to Address that Awful Pub Shed

Now, I’ve been nothing but full of praise thus far, you’ve gotta give me that. But you know me; I like to put out the cakes before I ask you to chop the onions. So now that you’ve had some sweetness, you’ve gotta take in the bitter fumes and start shedding a few tears.

What was the pub shed from Josh and Brandon? Really? I never like to call out favouritism on this show (I do), but are we getting set up for a young-blokes-take-out-top-prize kinda finale here? It feels as though the judges were amazed by a zone that was nothing more than a shed. Literally a shed. With a door. And some chairs. At a corrugated iron ‘bar’.

If you missed the show, you have to watch the video at the start of this post. There’s honestly so much awe and wonder over a door that slides open. And the music that accompanies the reveal is just such a hoot. It gave me genuine lols. So I actually shouldn’t be mean about it. After what was a really busy week, the dramatic score that went alongside the reveal of a tin shed was the absolute highlight of the last seven days. 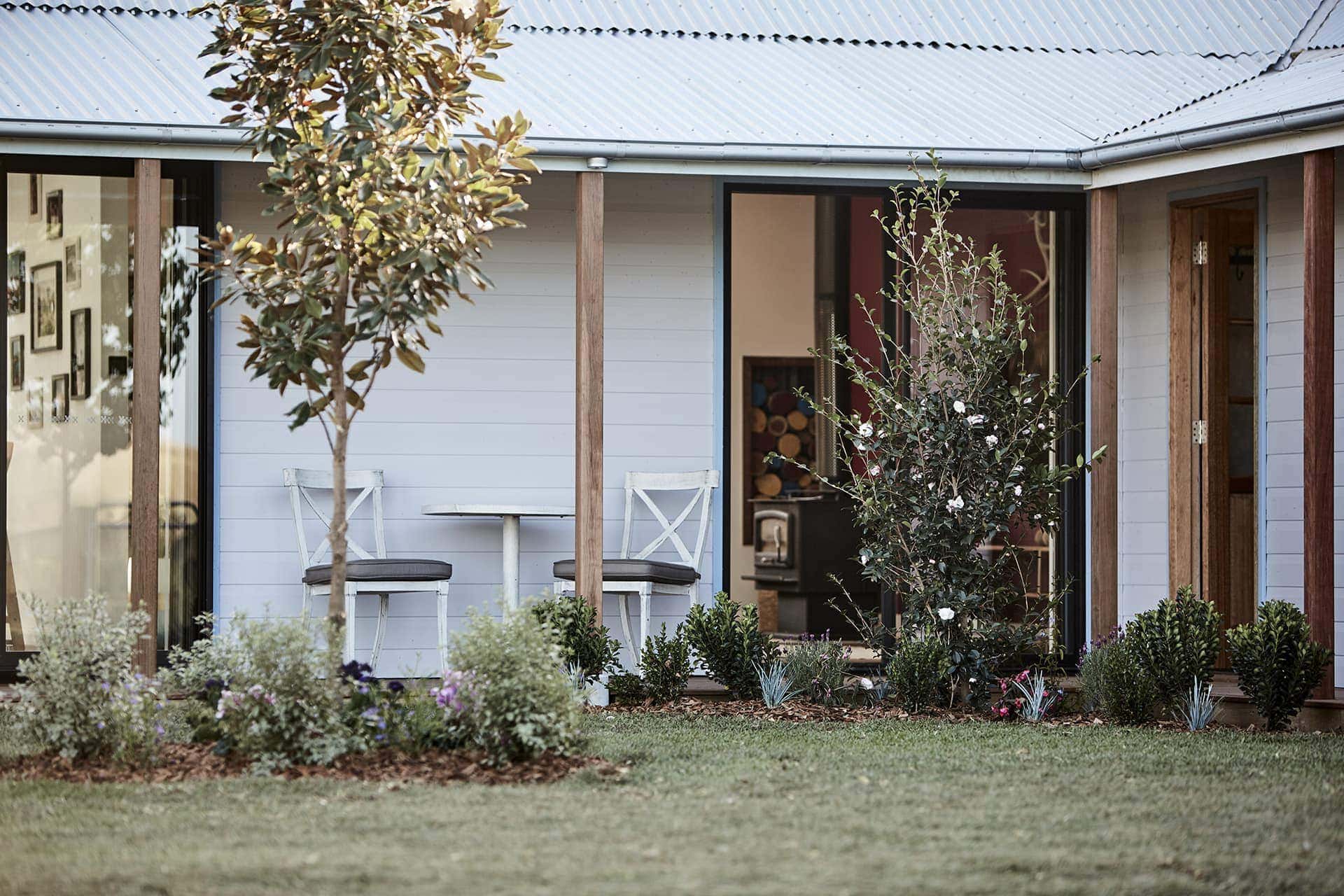 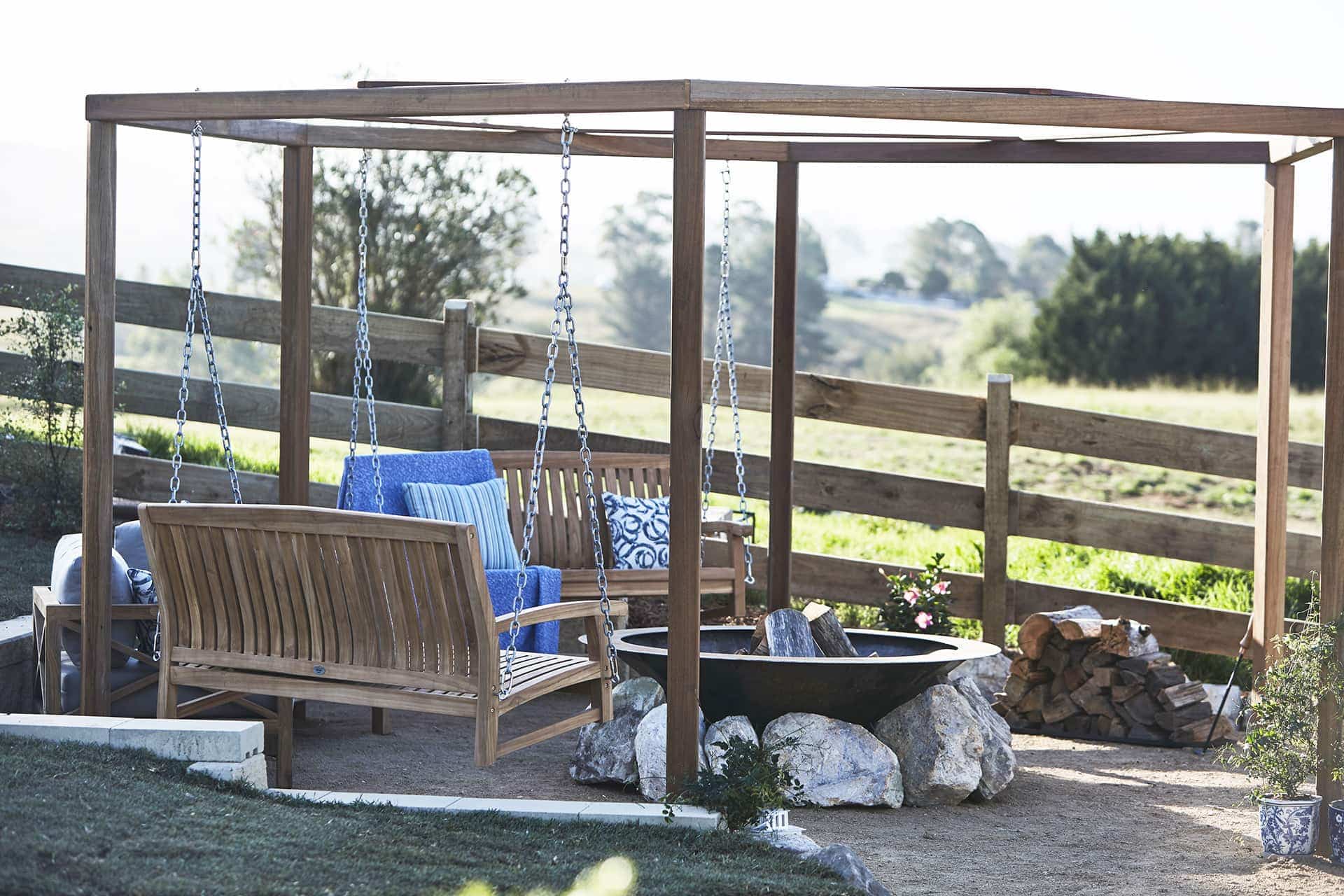 Call me Toadfish and Mandy, for Reals!

As I said earlier, the exterior of this home is just everything. The dining zone especially feels so cute and rustic. It’s the kinda place where you’d have a really charming country wedding. Imagine it at night with fairy lights; it would be nothing short of spectacular.

When my partner finally proposes to me (#marriageequality) this is totally the sort of setting I could see myself having the reception in. There would be mason jars and the cats would be flower girls and I’d turn into a groomzilla if anyone moved any of the decorating I had laboured over. You know I would be my own wedding planner. Who else could I honestly trust do get it right?

The outside sitting area you see above was disappointing though. It’s a structure with nothing over the top. Summer out there would be an absolute bitch. I like the idea of it, but it just feels unfinished.

I feel like this is the zone Toadfish and Mandy would sit in together to ponder which of their internal rooms they’ll fix first and who they should call to help them. The answer is clear guys; CALL ME! But really, a gorgeous view of the rolling green hills is on your doorstep, and I feel it needed a better seating area to do it justice. 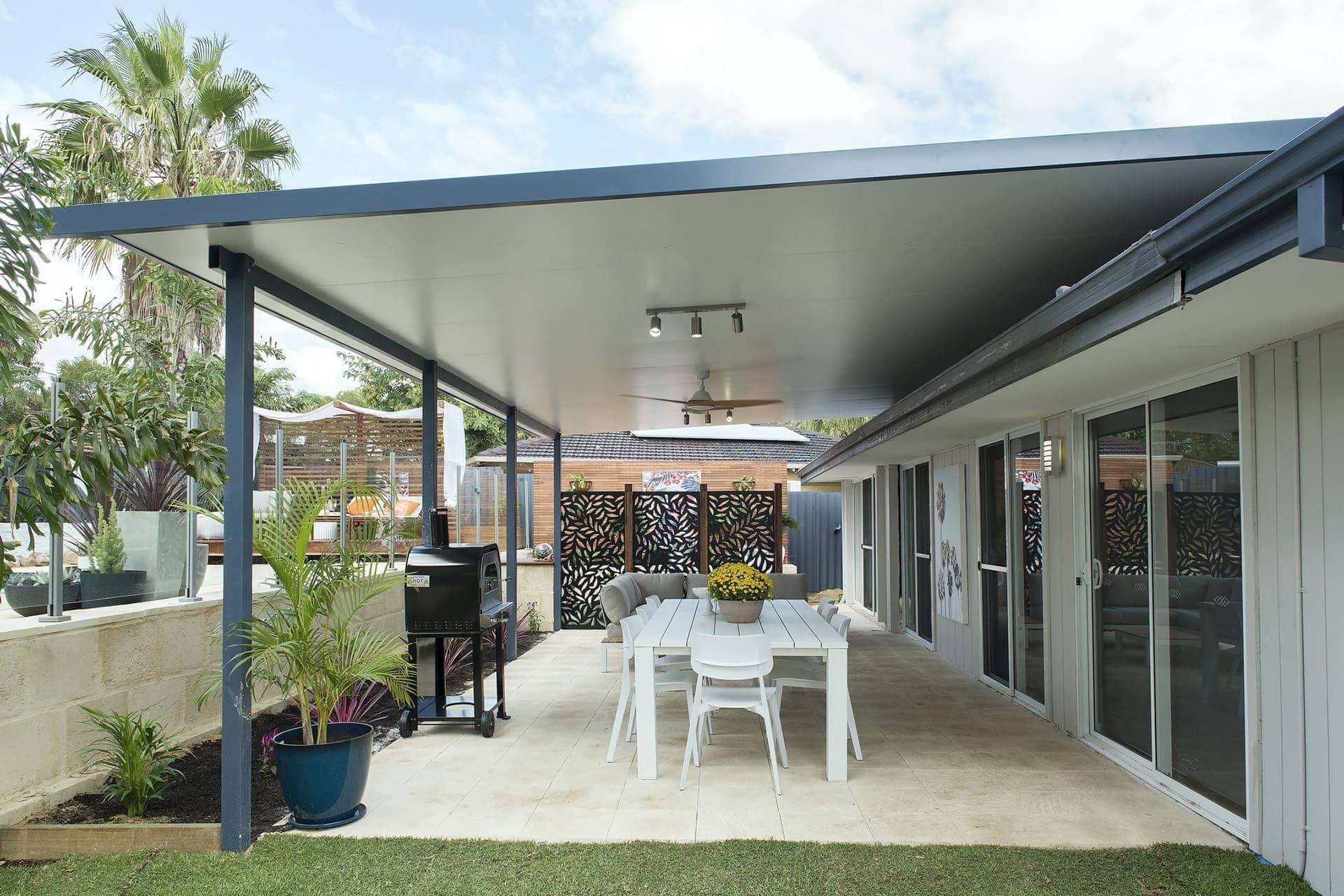 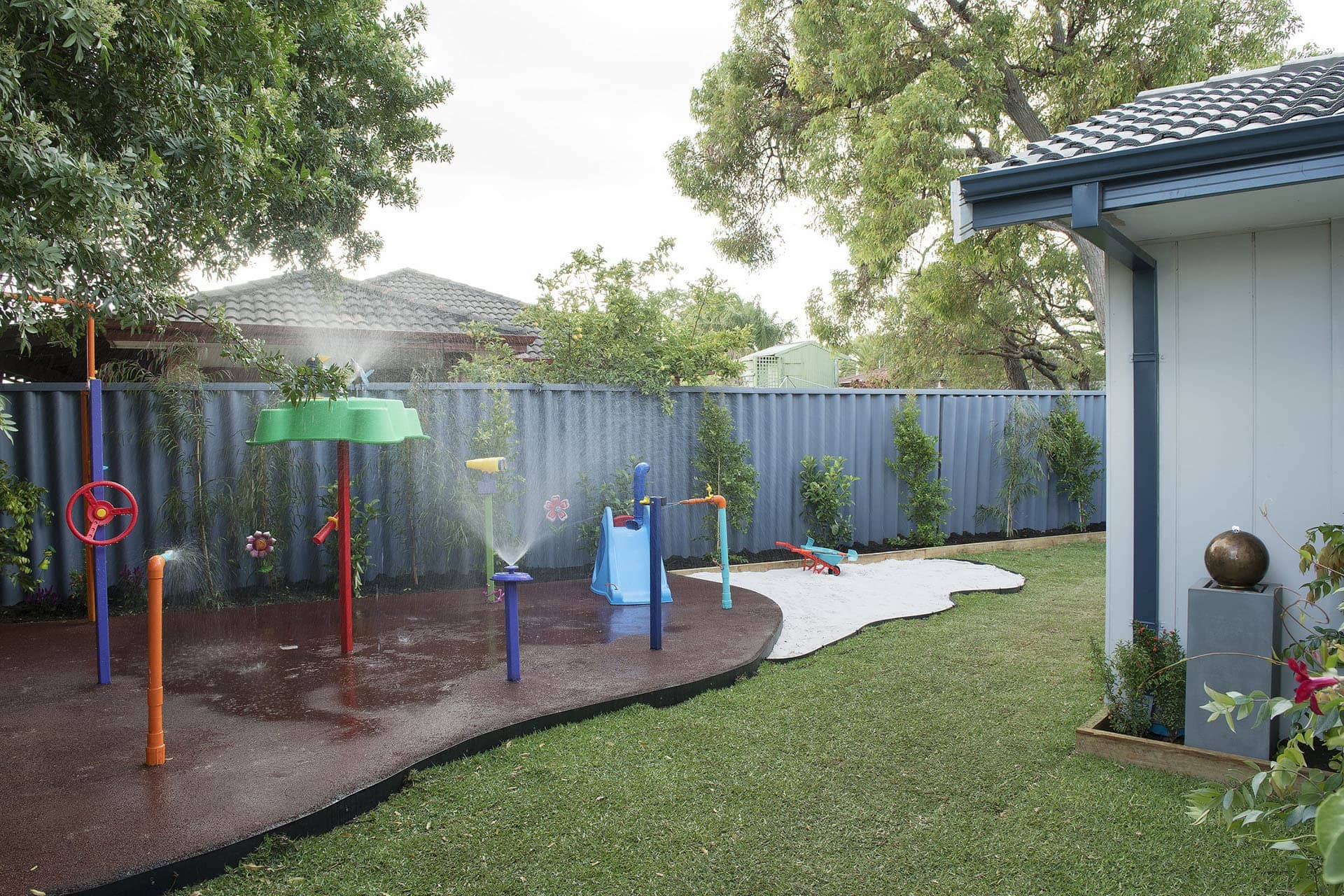 Things at Chiara and David’s place were not as Adorable

OK, so you know me: call a spade a spade. So I’m going to give you the real-deal lowdown here.

The spaces at Chiara and David’s place were made over by Kim and Michelle, and Mel and Dave. We’ll start with the mum and daughter team because things here were not as dire as they were made out to be.

Firstly, they created a covered outdoor area, which is more than some other teams have given this season and in previous years. So we have coverage from the elements. We have nice pavers underfoot. We have a table and chairs, and we have a BBQ and a screened area. It’s not winning first prize at the Chelsea garden show, but seriously – its not bad!

What made the scoring even worse is that their kids aquatic play land was the stuff dreams are made of. It’s just freakin’ cool and I want one in my own backyard immediately. Charge people $50 each to get in and make them pay $65 for hot chips and a Coke and you pretty much have your own Dreamworld on the Gold Coast. 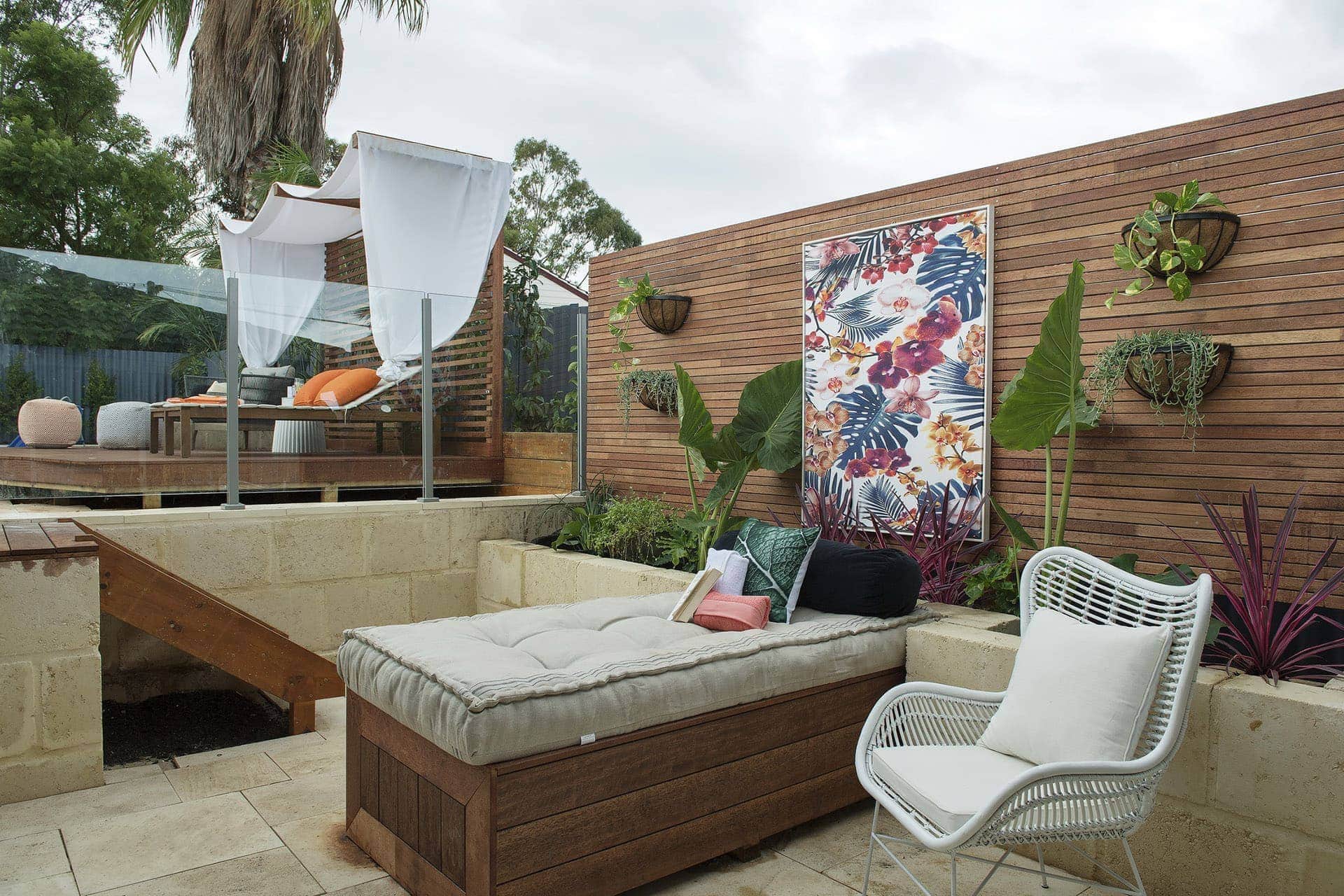 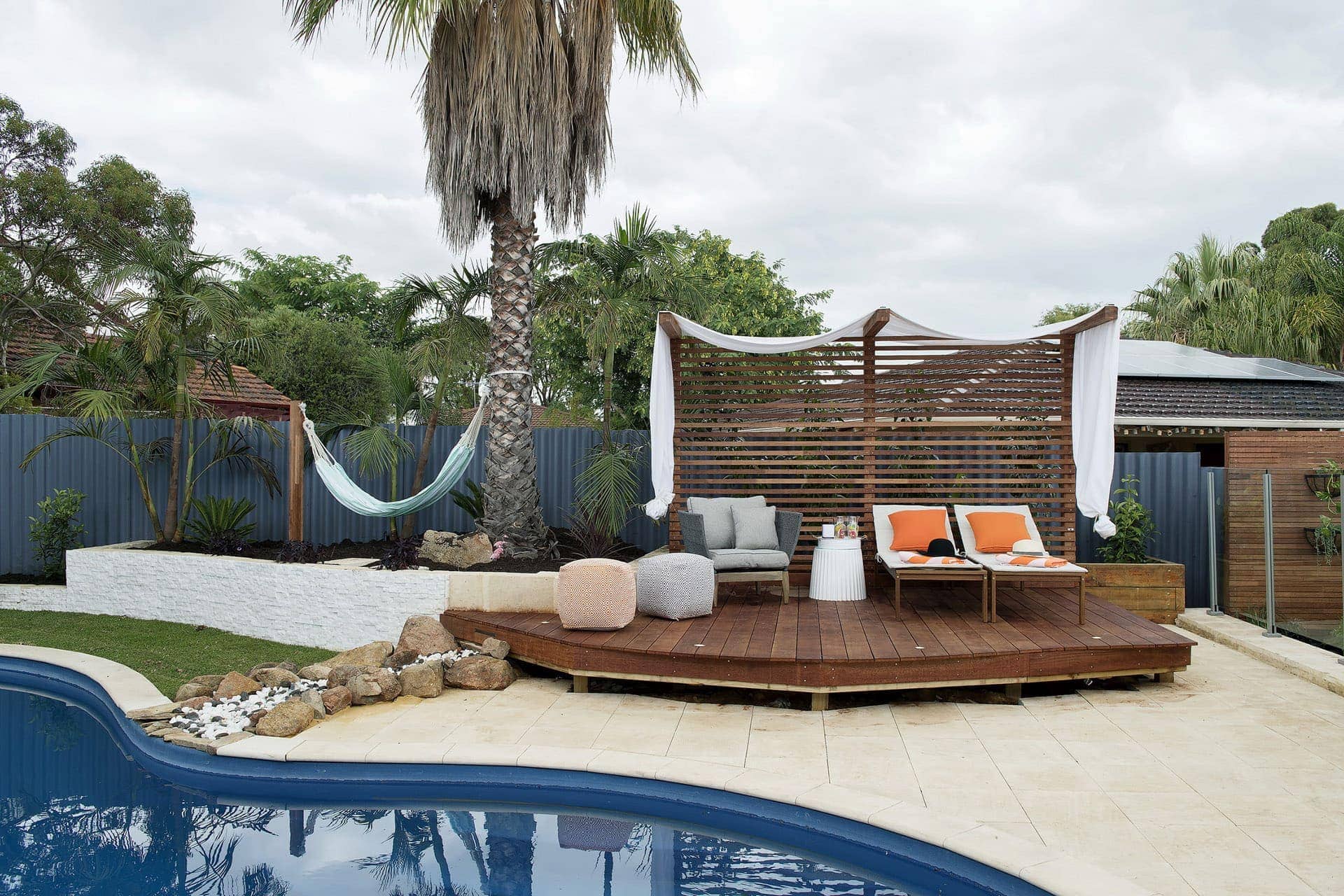 The Rest of the Yard was a Hot Mess

As the queens on RuPauls Drag Race would say: no T no shade… but this was a hot mess gurl! Mel and Dave were responsible for the zones you see above and I have to say, my eye tells me their zones were far worse than Kim and Michelle’s. And yet the scored better. Has the world gone mad, or have I?

I take issue with the parent’s retreat, if you can even call it that. As LLB rightfully pointed out, it does resemble an outdoor therapy session. Except every time I’ve gone to see a councillor, the artwork on the wall is appropriate for the space.

What’s with all the interior artwork being hung outdoors? It’s really lazy and impractical. Why don’t we put a fully dressed queen-sized bed in the pool – pillows, quilts, throws and cushions – and call it a day? It’s just bizarre and grinds my gears.

Speaking of the pool area, what was going on there? So busy. So many mixed materials. And there was an odd little pet cemetery of rocks going from the cheap-looking gazebo to the pool. If this is actually where a dog or cat is buried I will feel really bad. But if this isn’t a shrine to a lost pooch or feline, someone has a lot of explaining to do!

And the hammock in the corner was a bit weird too. It’s like being in high school and having the cool group shun you to sit alone in the hammock to eat your lunch by yourself. You’d totally feel on the outter here!

Time for you to Spill your Guts!

Alright, you know the drill. I can’t be talking about the House Rules 2018 backyard reveals all alone. It’s time for you to give me some of your own truth bombs.

And while you’re at it, you must tell me if there’s a cute old gay man running an antiques or homewares store in your neighbourhood. If so, I might need some tips from him on how to successfully run a bricks and mortar retail outlet in your twilight years AND manage red wine in front of the fire every evening. So do put me in touch 😉