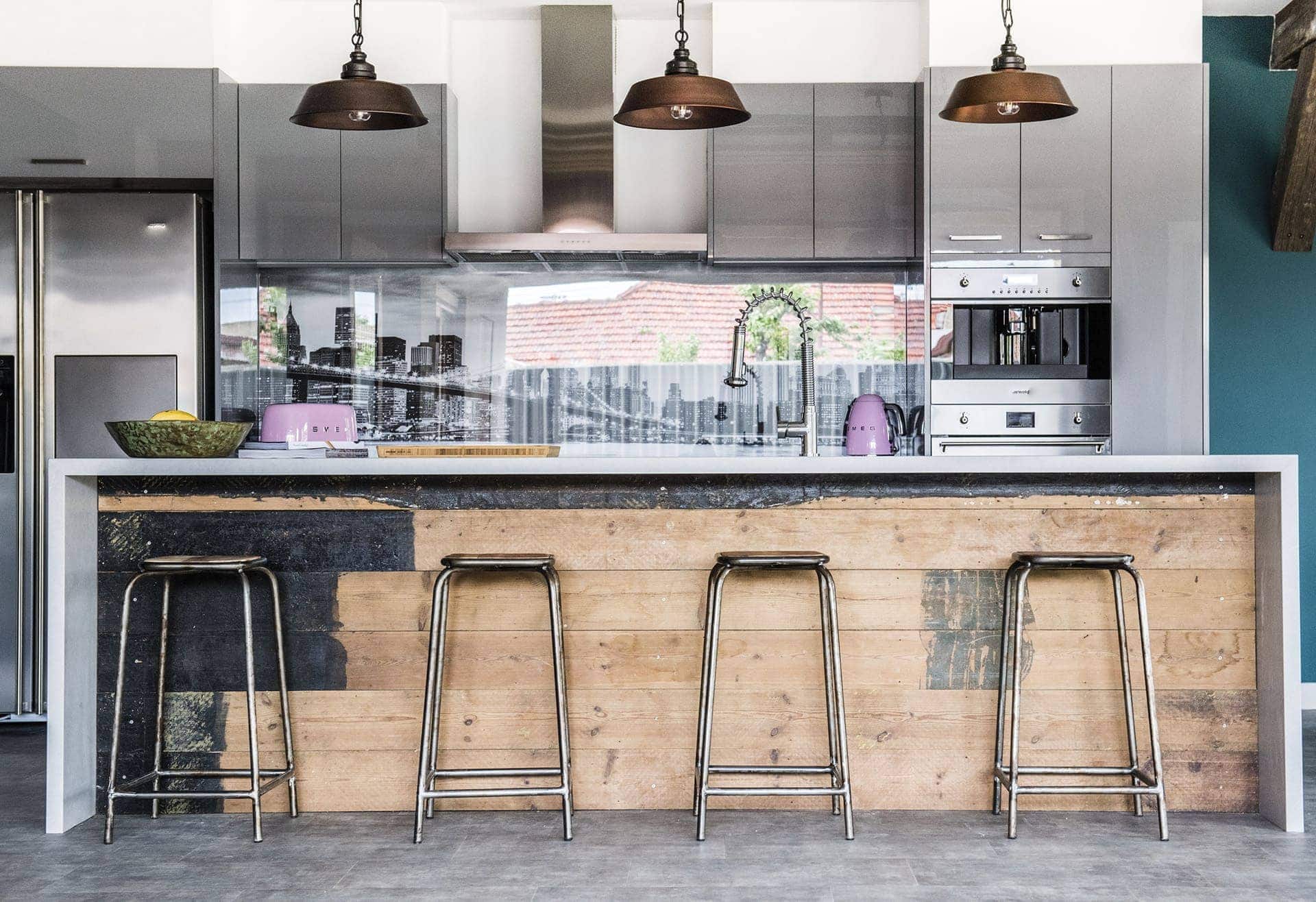 Inside the House Rules 2018 Jess and Jared Reveal

So the House Rules 2018 Jess and Jared reveal just went down. And the judges weren’t happy. I can’t say that I am either. I’m not mad, guys, I’m just disappointed.

As I’ll be doing here each week, it’s time to dissect what worked in each room, and talk over what design disasters occurred. The latter we have a lot more material on, let’s be honest.

I understand the premise of the show is to have rookies doing the design. So, I’m not going to be too savage toward the contestants. How the rooms looked; that’s another story. Don’t hate the player, hate the game! So let’s go through most of the rooms from this week’s House Rules reveal and learn from the medley of decor disasters. 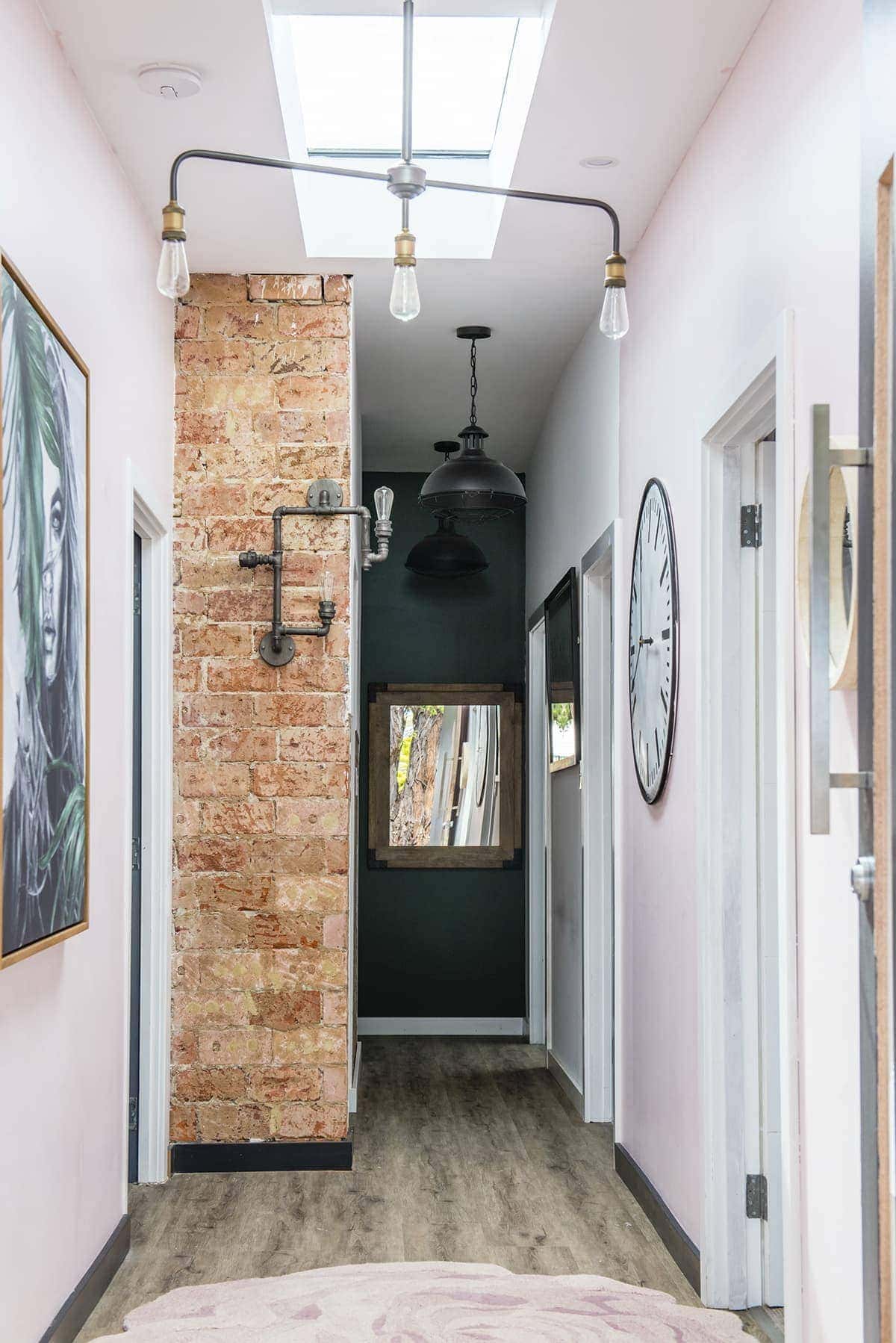 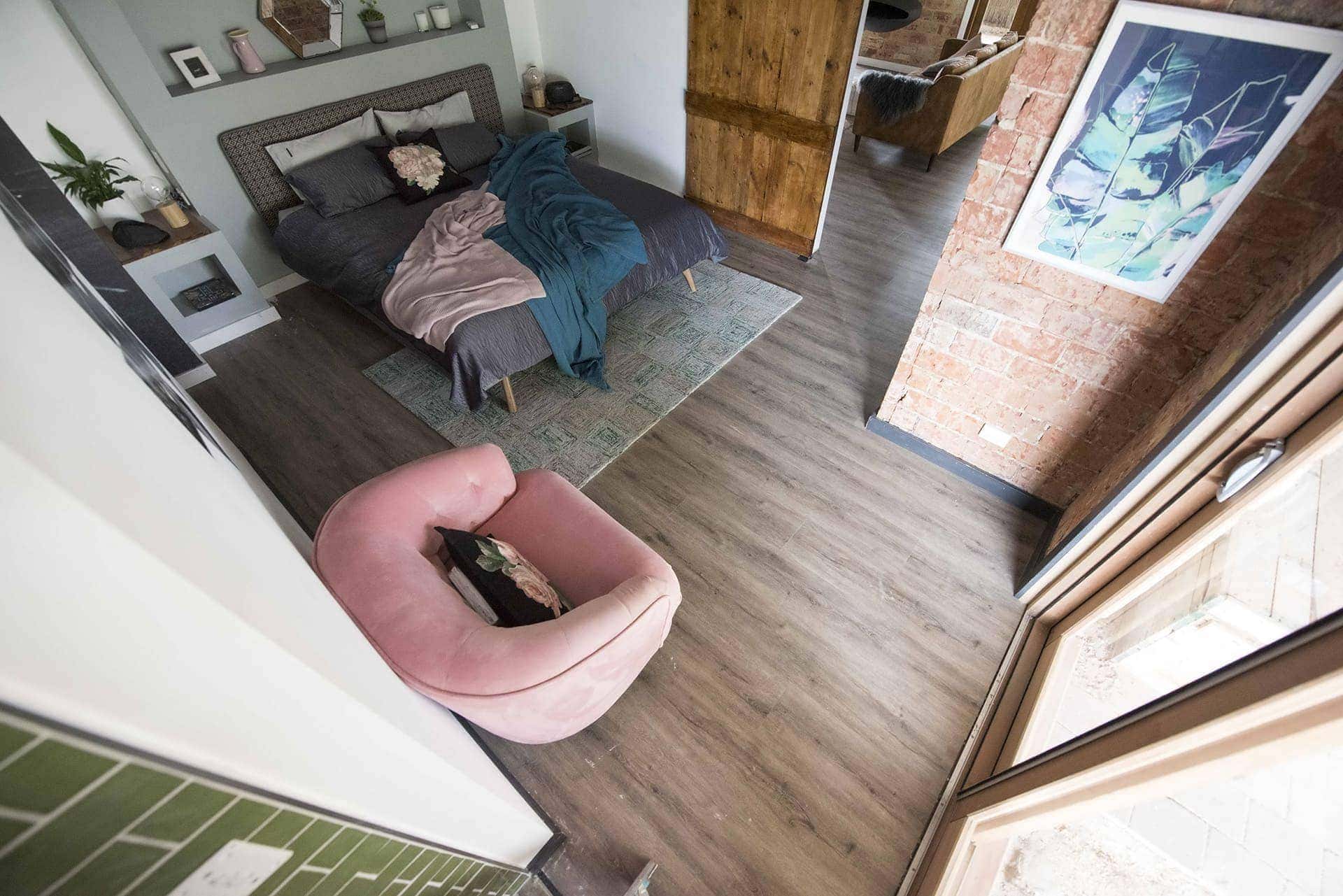 Chiara and David gave Jess and Jared a pretty mediocre master bedroom. In fact, calling it a master is a step too far because it certainly doesn’t feel like one. If you wanna see a real master bedroom in all its glory, check this post out.

Now, the bedroom itself isn’t terrible. It’s just run-of-the-mill. It’s an ordinary bedroom you might see in a lot of homes across the country. But this is a design show, right? So we do want some wow factor each week. And sadly there was none here.

There are a number of issues in this space:

I think that just about covers it all off. What I will say, on a positive note, is that the colour palette is nice. They were obviously going for a grey, teal and pink situation in Jess and Jared’s bedroom. I just don’t think it quite popped enough.

Thankfully it just needs a few decor and furniture tweaks to make it right. Which is always a nice bonus. LLB thought everything in the space was working but said that the “finishing is absolutely repugnant. There’s sort of a strange sense in here of it belonging to several, irritating, drunk students”. 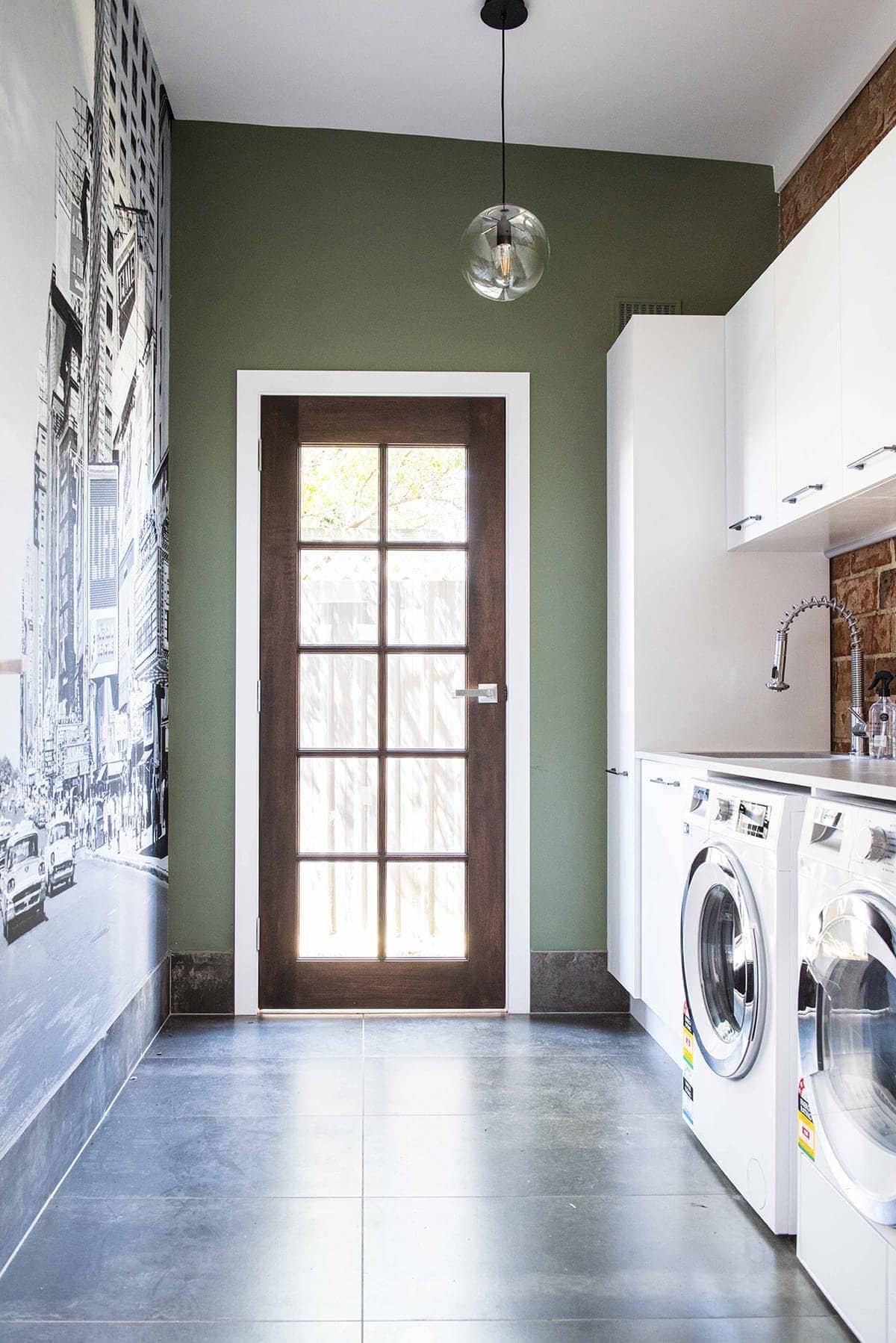 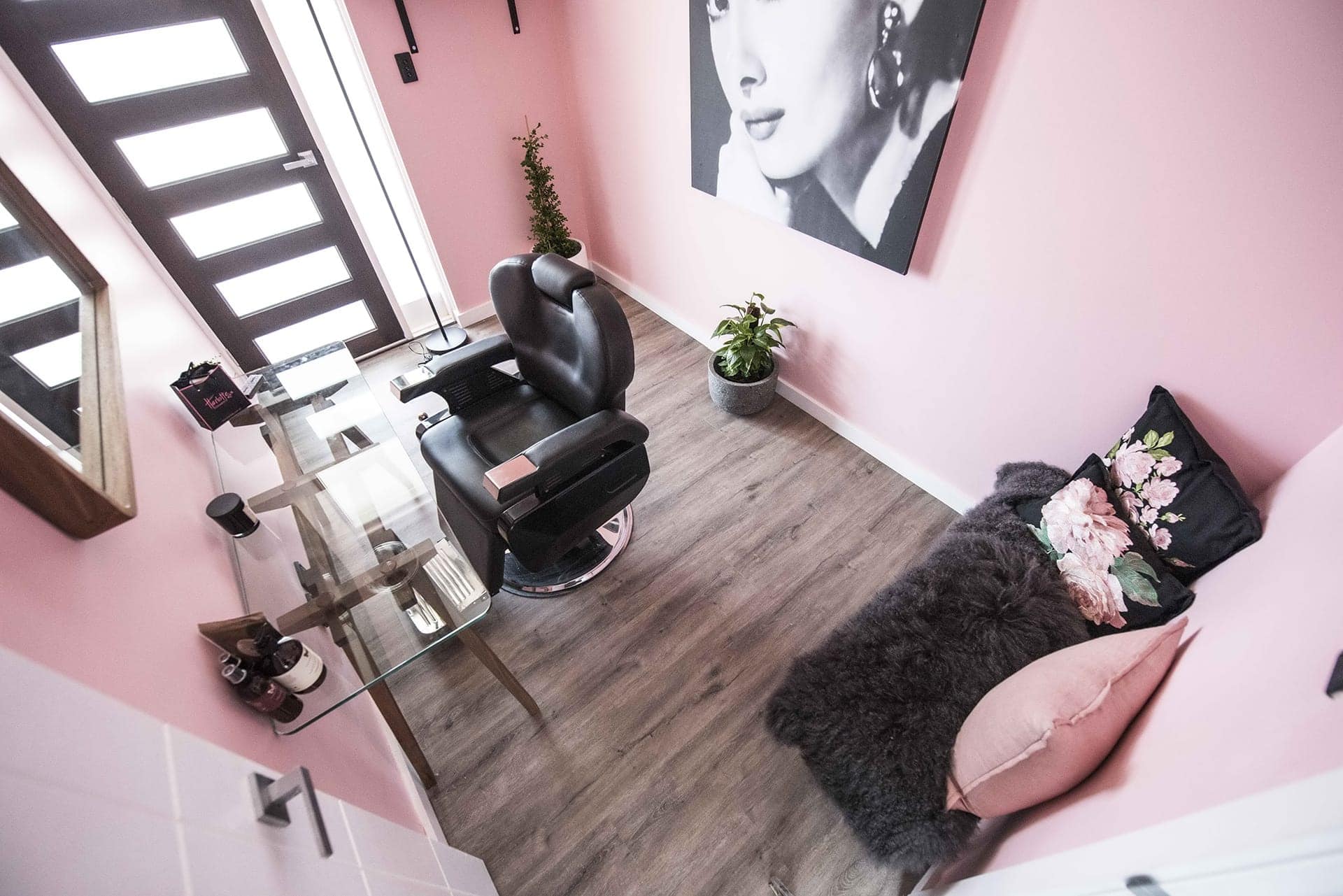 The mother and daughter duo delivered two spaces for Jess and Jared, and one was definitely worse than the other. The laundry was not too bad. I mean, it was by no means impressive, but it’s not in dire straits. The most horrendous feature in the room had to be the wall mural.

Please, for the love of the decor gods, never put a wall mural on your wall featuring any sort of city scene. Or one depicting nature. In fact, nothing photographic should be placed on your wall in the form of a mural. It’s just never good.

The biggest disaster this week for Kim and Michelle was the beauty room they gave Jess. I mean, seriously, apart from the flooring there were no redeeming features here.

That chair looks like something Captain Kirk sat in while steering the USS Enterprise. Beam me up Scotty. It’s gotta be one of the ugliest chairs ever invented. And I grew up with puffy leather recliners, so that’s really saying something!

Here are the main issues with the beauty room:

Now, I do like the pink. There’s nothing wrong with an all-pink room. They just didn’t decorate it properly or give it enough texture. A pink like this is quite harsh, so it needs softening. If they had of brought in a fair amount of white and soft grey, and a few pops of burgundy, it would have been a more resolved colour palette – like in this romance interiors trend.

The room also needed a tonne more texture in the form of a shag rug, an upholstered fabric chair, and some blonde timbers. Then it could have been impressive. 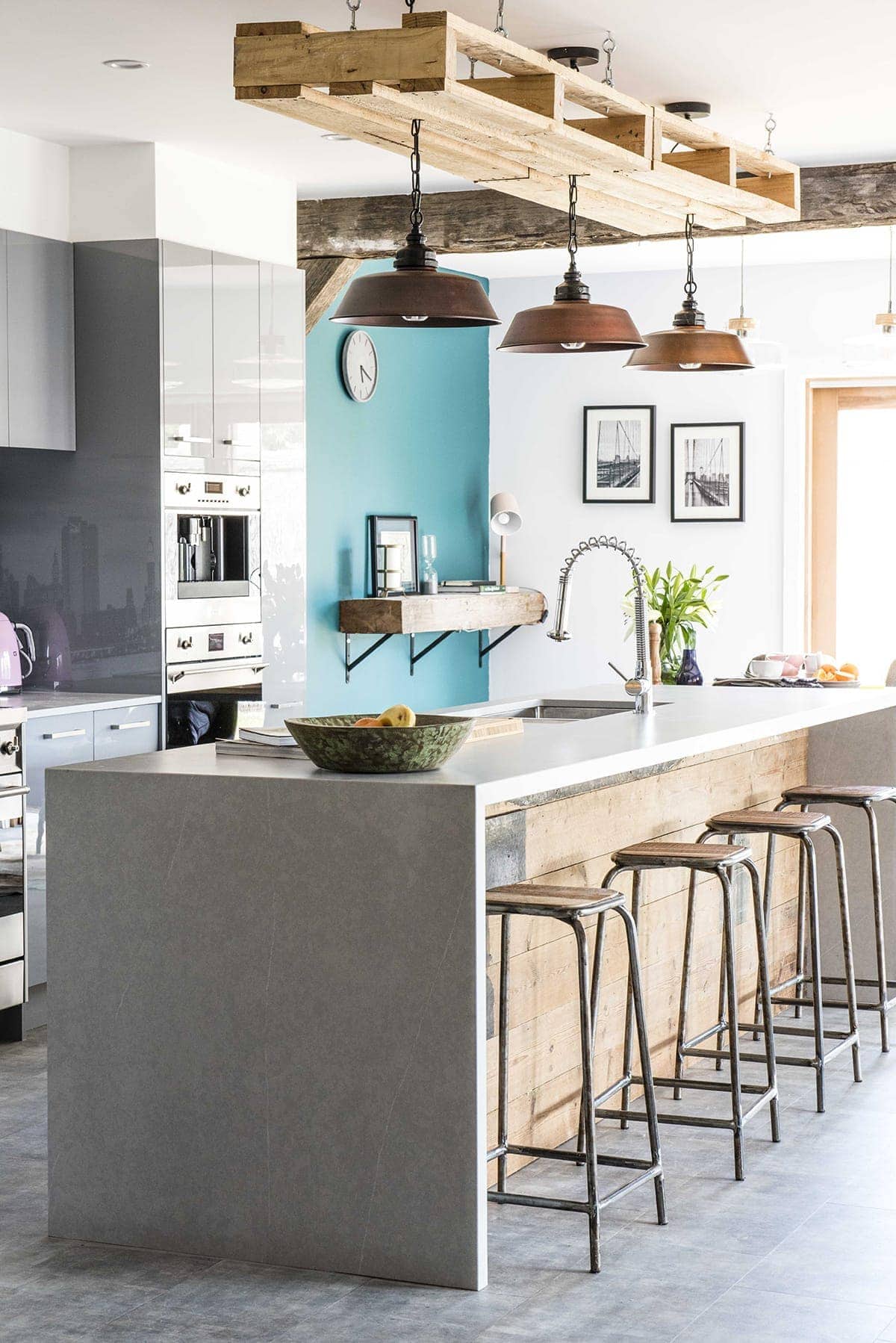 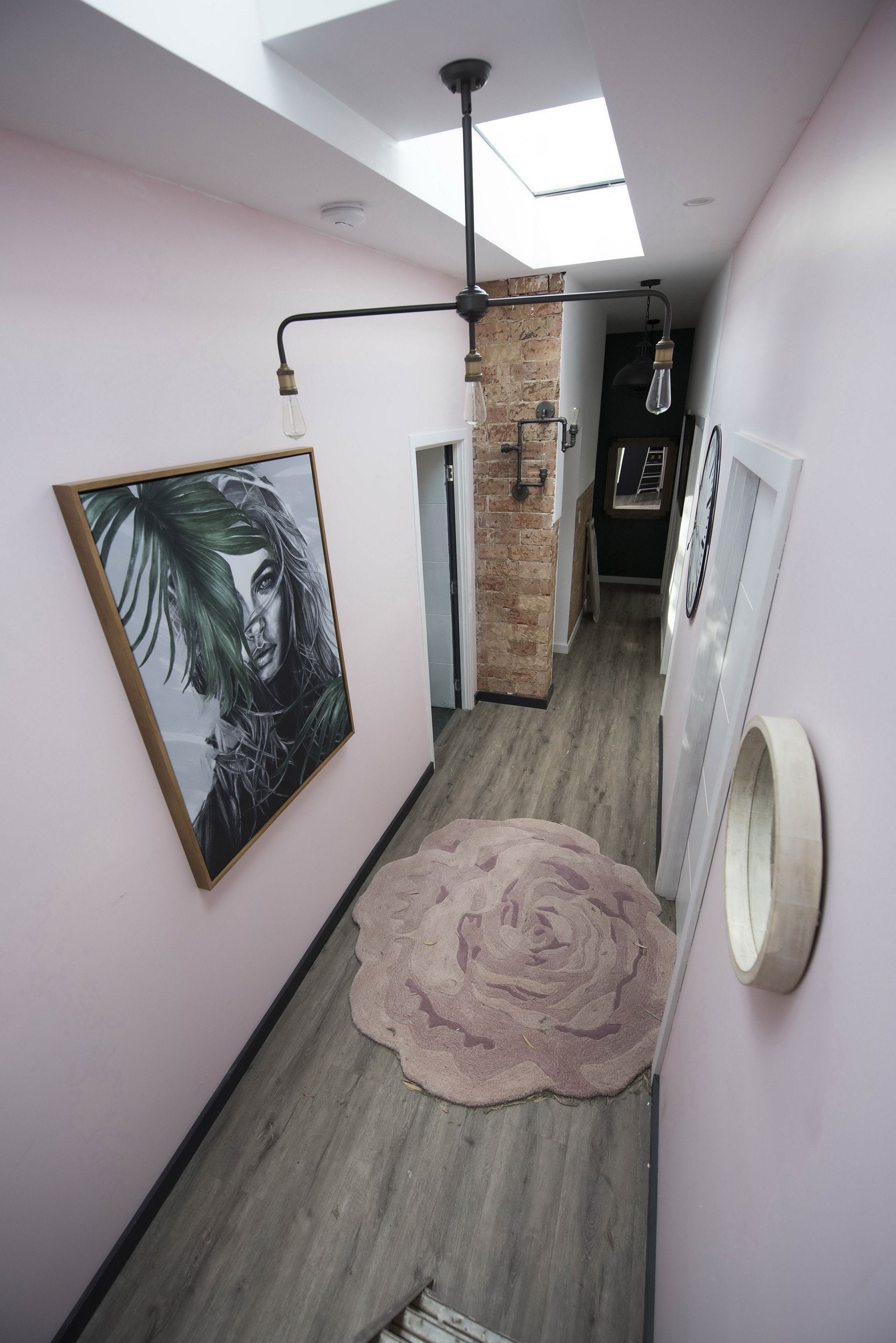 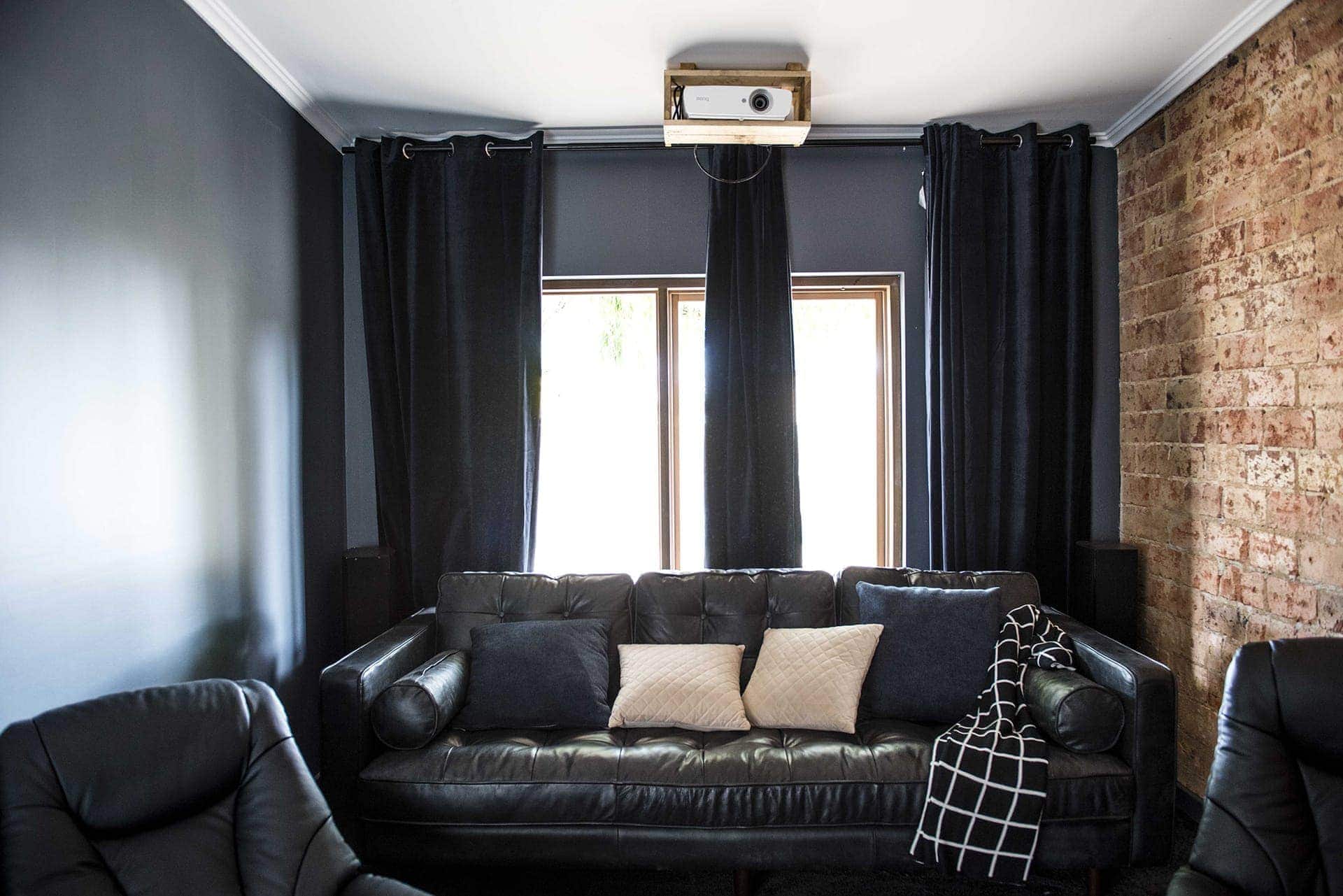 OK, so I gotta say, I think the judges were a bit harsh on the kitchen the boys delivered for Jess and Jared. LLB said that it looked as if it were designed by a couple of puppies. But I don’t fully comprehend the reason for the hate. Maybe it’s all relative. In comparing the kitchen to the other spaces in Jess and Jared’s home, I don’t think this space deserved such a bad critique.

If you ripped out the ugly wall mural splashback, and if the cabinetry wasn’t high gloss, I don’t have an issue with the kitchen. Sure, the styling wasn’t amazing. But this is House Rules; the styling is never amazing!

The hallway and bonus room is what really got my style eye twitching uncontrollably.

The hallway was a fail for a few reasons:

And the bonus room. I can’t even deal. I legitimately thought the photo above was the ‘before’ shot.

There’s nothing I can say to make this better. Just gut the room and start again. 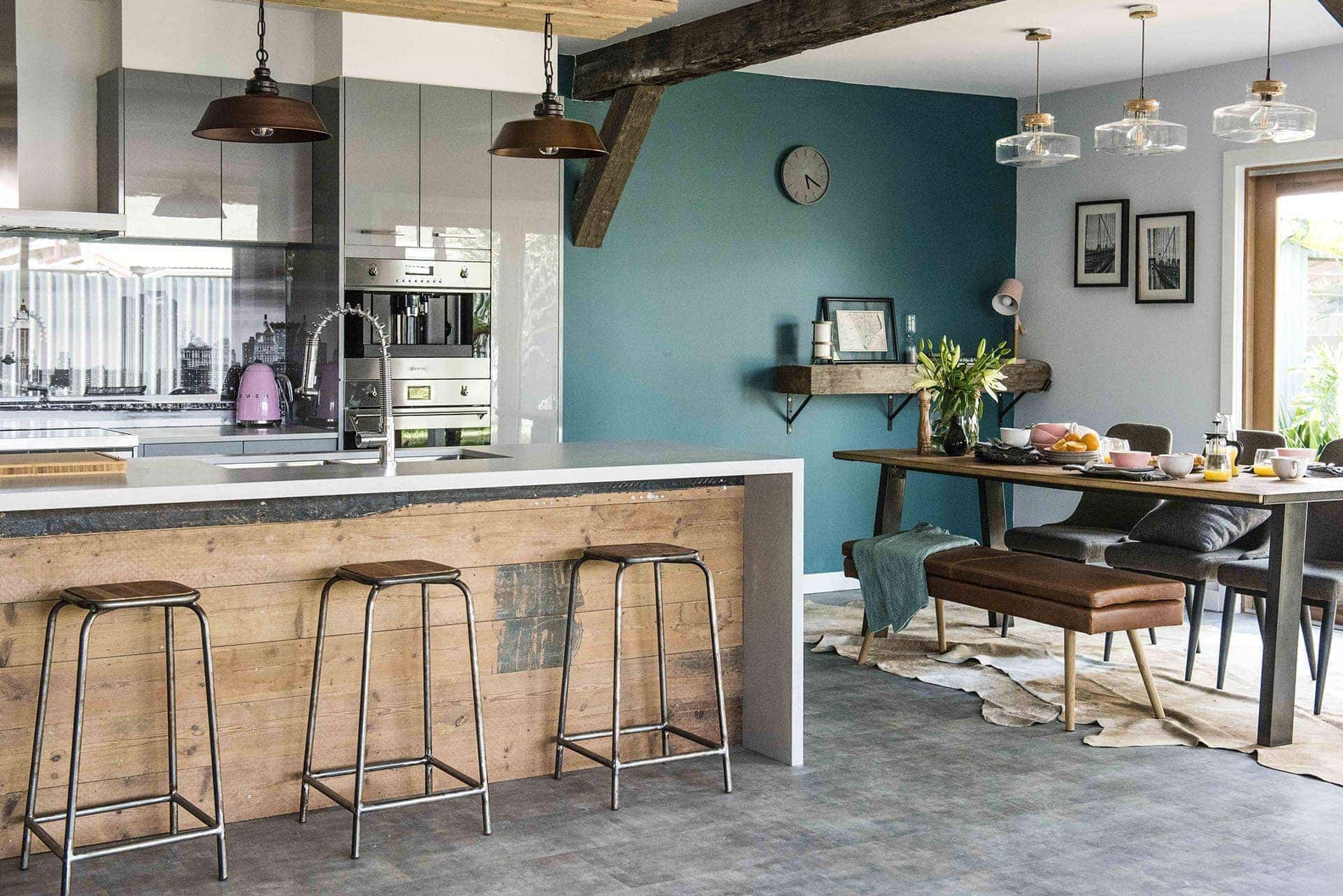 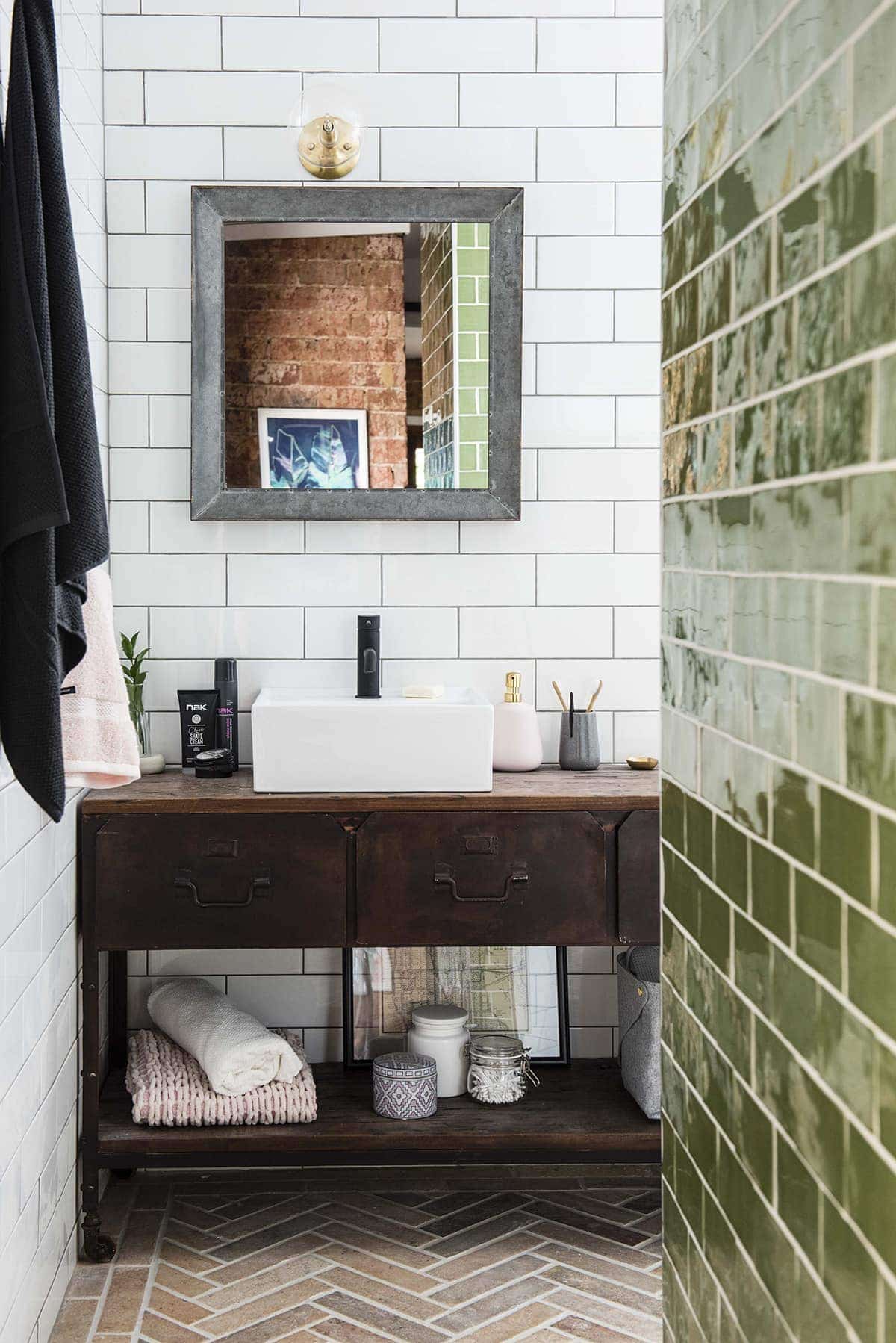 It’s such an outdated approach to assume that industrial design means you have to create moments with railway sleepers. But Toadfish (I am calling him that from now on) and Mandy did it, and it didn’t pay off.

The feature wall brought nothing to the space, nor did the shelf crammed into the corner of the room. The feature wall would have benefited from a really large statement piece of art on it. The pendant lights in the space didn’t fit with the scheme of the room or the home, and I didn’t appreciate the absolute impracticality of all those ruffled hide rugs underneath the dining table.

Jess and Jared will have a lot of work to do in this area to make it look nice.

Thankfully things got better in the ensuite.

I actually quite like the mix of tiles Toadfish and Mandy used in this space. You might not normally think they’d work together, but I think they do. The green is a really brave choice and it paid off. I also love the way they laid the floor tiles out. 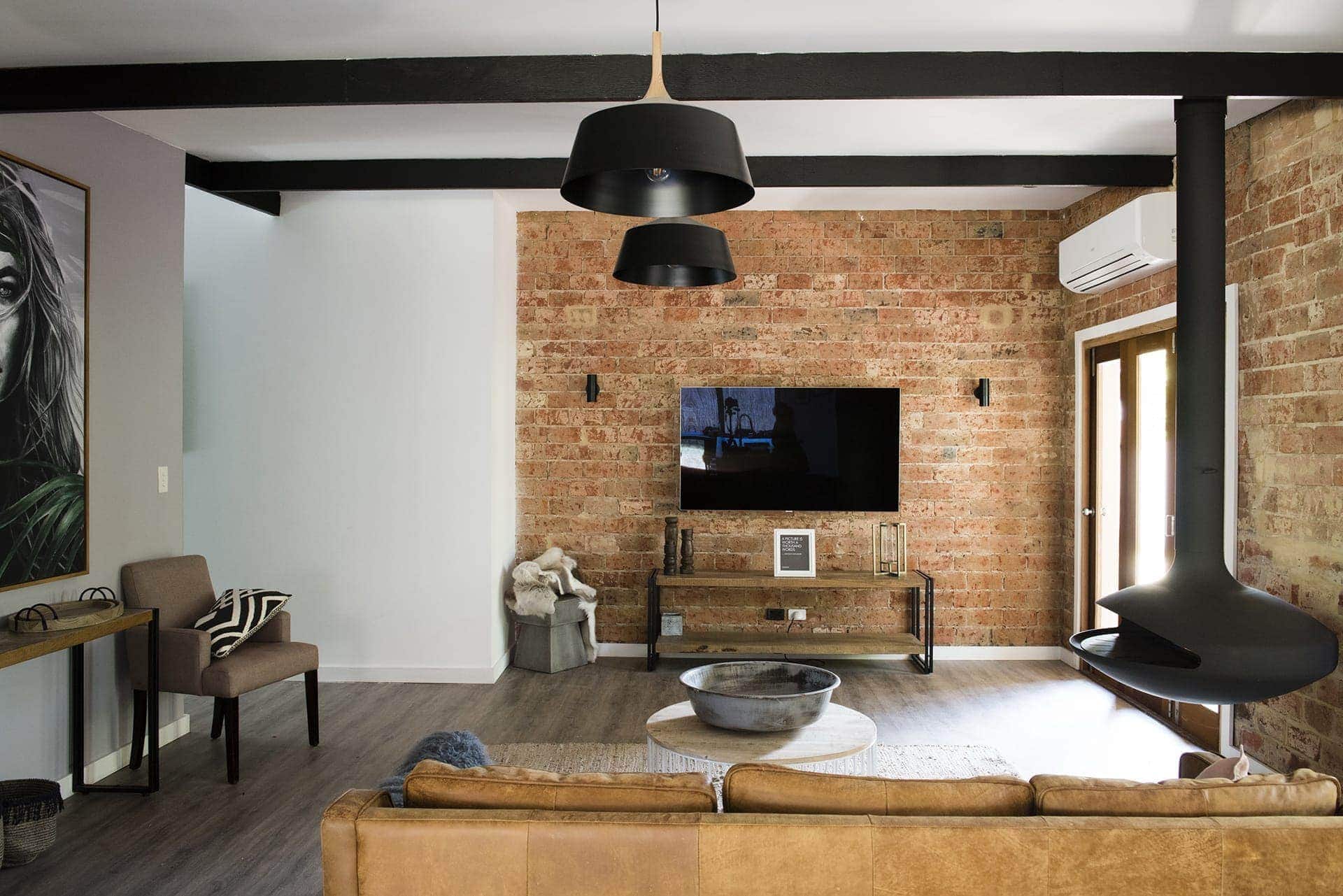 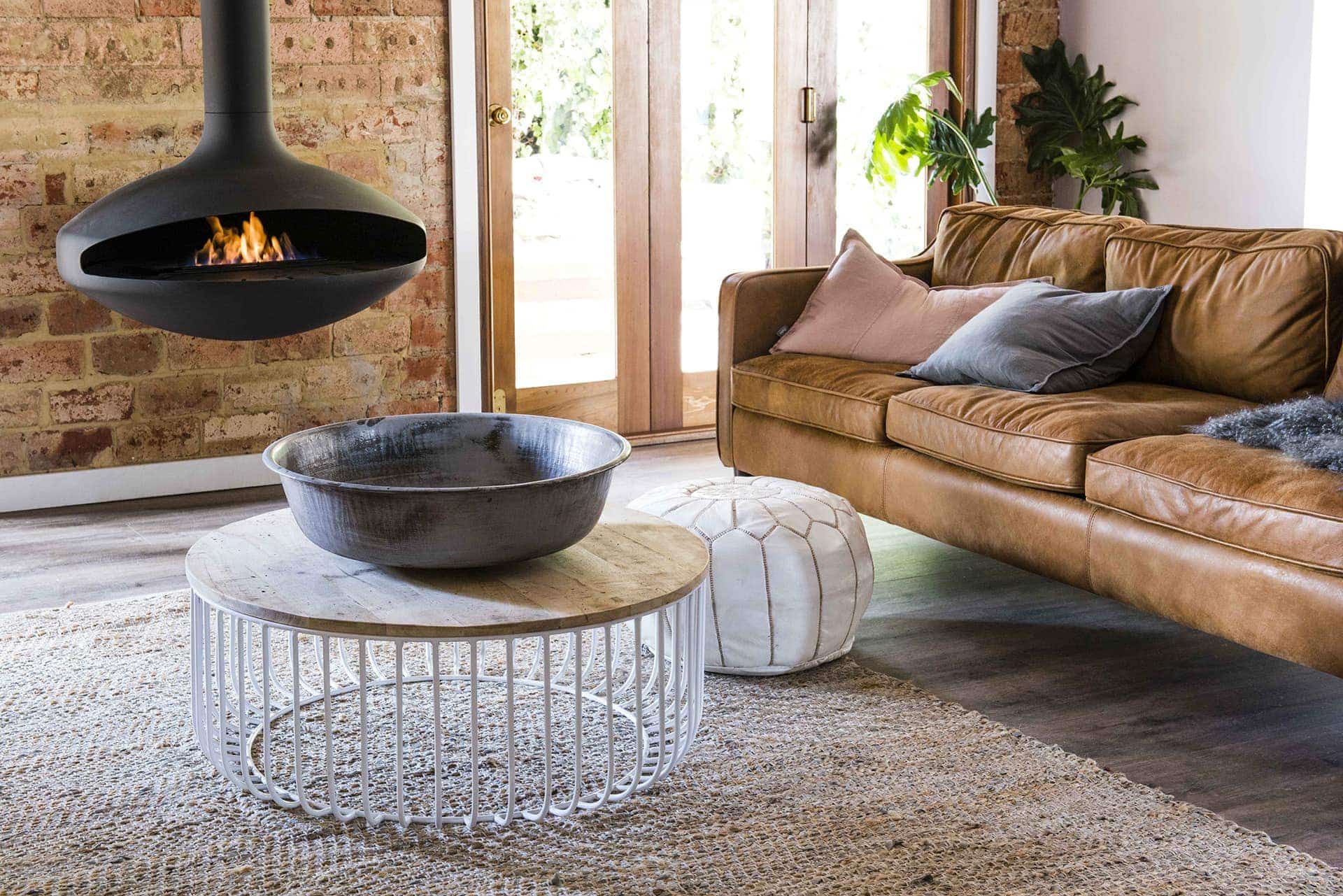 All in all I think this room was one of the better spaces. But that’s probably because it feels unfinished. So on the bright side, at least they didn’t mess it up through over-styling like the rest of the teams did in their zones.

Jess and Jared won’t have to do much to make it amazing. The colour palette is gorgeous, the furniture choices are pretty good, and it feels really textural and cosy.

It really just came down to the room not being full enough, and a few layout changes as well.

Here’s how the living room could be improved:

With those layout changes implemented this zone would look divine. So I think we can go easy on Leigh and Kristie here. They could have really messed this room up, but thankfully it’s totally salvageable. 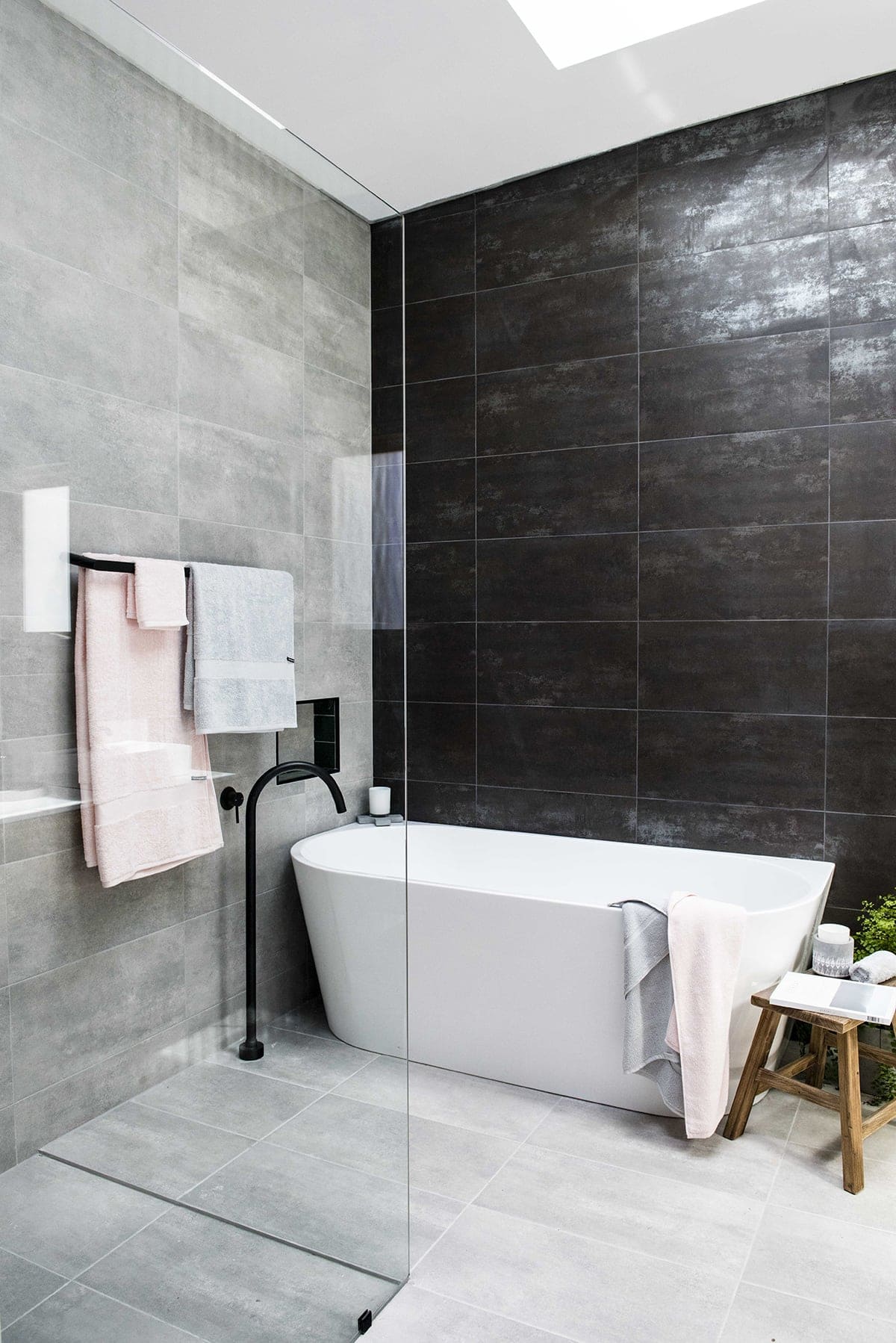 I’ve clearly saved the best for last, and I’m sure Jess and Jared will come out of this experience please with what Mel and Dave created here. This is the one room in the entire home that feels like a real design plan was used and executed. It feels really resolved.

I know the judges pointed out some architectural issues, but I have to call out the positives in this bathroom, because there are so many of them.

Here’s what’s so awesome about this room: 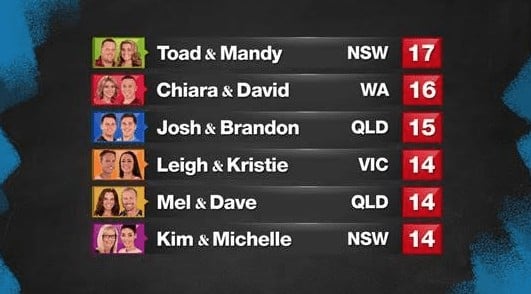 What’s your take on the House Rules 2018 Jess and Jared Reveal?

I’d love to know your truth bombs from this week’s reveal. Drop a comment below and let me know which room was your fave. I’d also love to know which couple you reckon has the most promise when it comes to design and decorating.