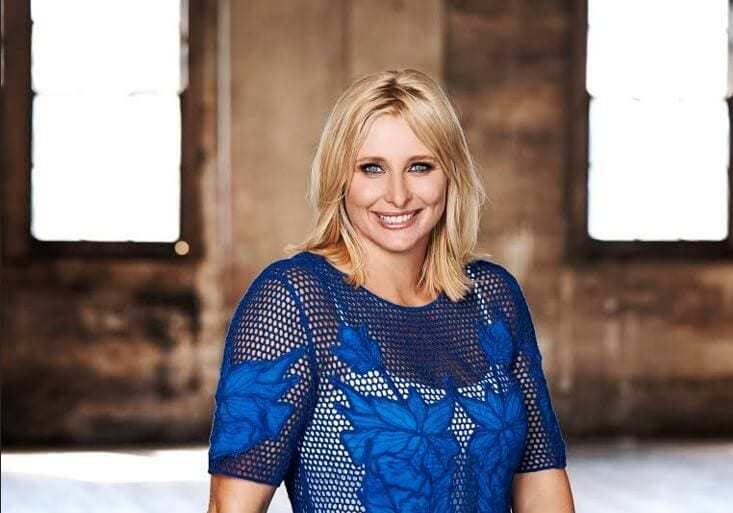 House Rules 2018 is back and I cannot wait to sink my teeth into the weekly recaps (which you’ll find right here on the TLC Interiors blog). This year is promising to be bigger and better than ever, as the show enters its sixth year with host Johanna Griggs.

In 2018, House Rules is kicking things up a notch by transforming seven houses in just seven weeks. The teams will travel the country to completely renovate every room in each contestants’ home, with just five House Rules to abide by.

Let’s find out a little more about what you can expect from House Rules 2018 below. 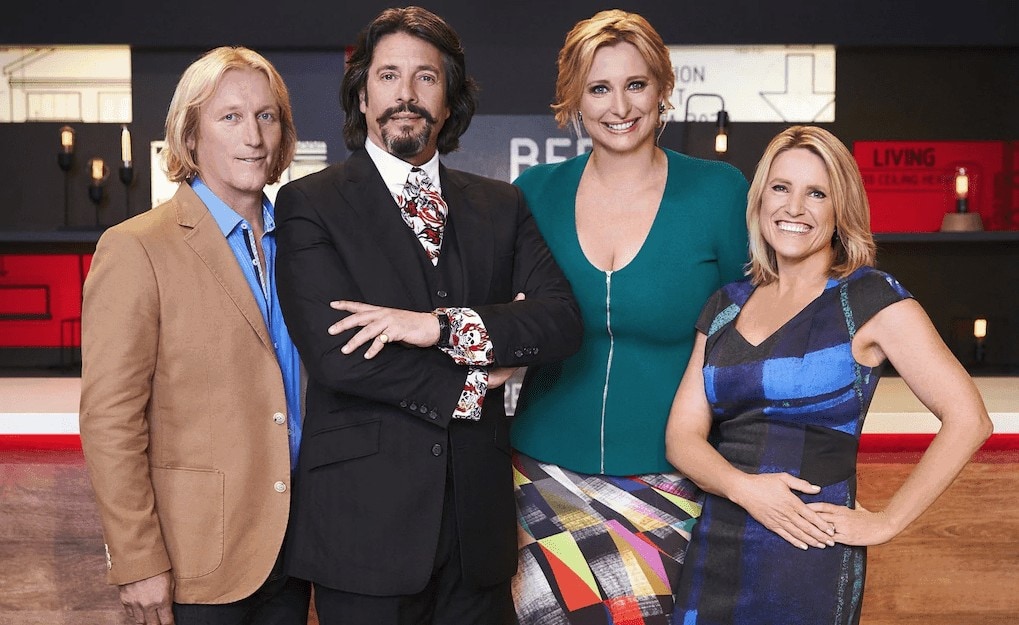 Johanna Griggs is back to host House Rules in 2018, and explains what she believes to be the show’s main reason for success.

“They all get magnificent homes to keep forever,” Joh tells me. “That and the combination of the teams, the fascination that comes with what they might, or might not do to the homes, the interpretation of the house rules, which always provides plenty of entertainment.”

Joining Johanna for more fun on House Rules this year are returning judges Wendy Moore, Drew Heath and Laurence Llewelyn-Bowen. On his return to the show for a second season, the ever-outspoken Laurence says that he’s looking forward to the focus on heritage design.

“We are deliberately dealing with Australian heritage in a way that I don’t think anyone has really dealt with,” he explains. “In the past 30 or 40 years, Australian design has become too obsessed by its present and its future and doesn’t draw enough from its past. We want to draw from icons like Florence Broadhurst and the Australian impressionists’ art movement”. 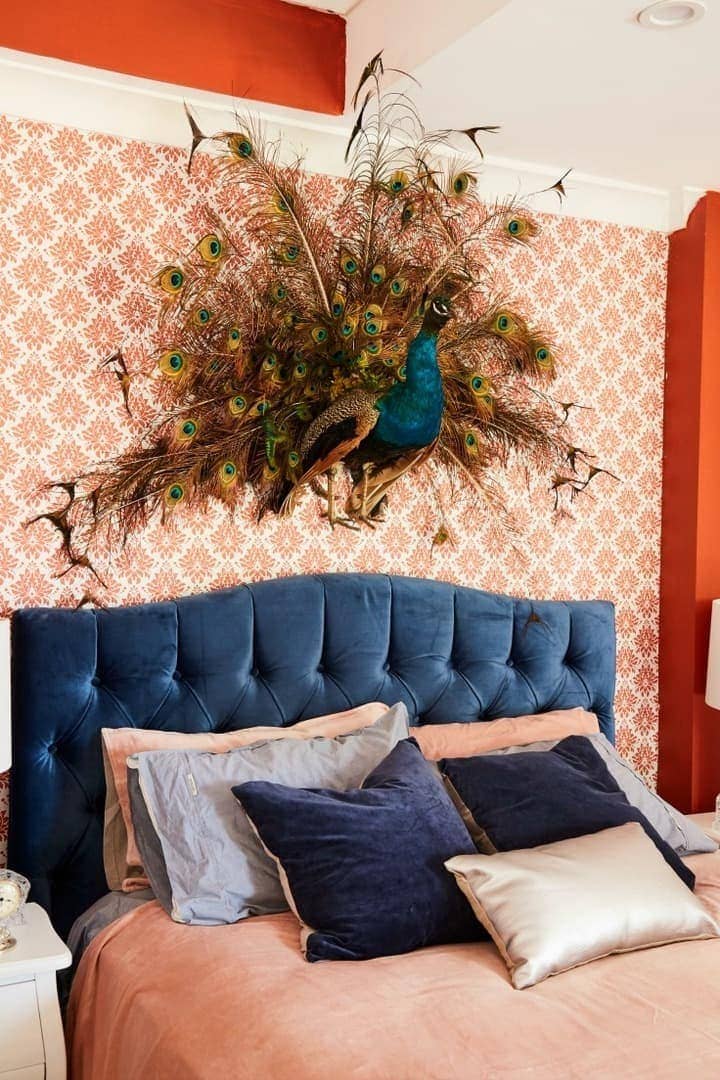 I’ve no doubt we’re going to see some wonderful and wacky style choices being made during the House Rules 2018 season. Anyone remember that hilarious taxidermy peacock from last year? Returning judge Wendy Moore provides a bit of reassurance for those of us fearing that too must disastrous design is on the agenda.

“There are some real surprise packages… some of the teams that give the first impression of having no chance at all end up showing really surprising talent,” Wendy explains. “It has been really amazing to watch, and it’s created some really stunning rooms”.

Joh Griggs agrees that things are set to be amazing on the design-front.

“It still blows me away just how much work they do and how creative they get. It’s always super impressive”. 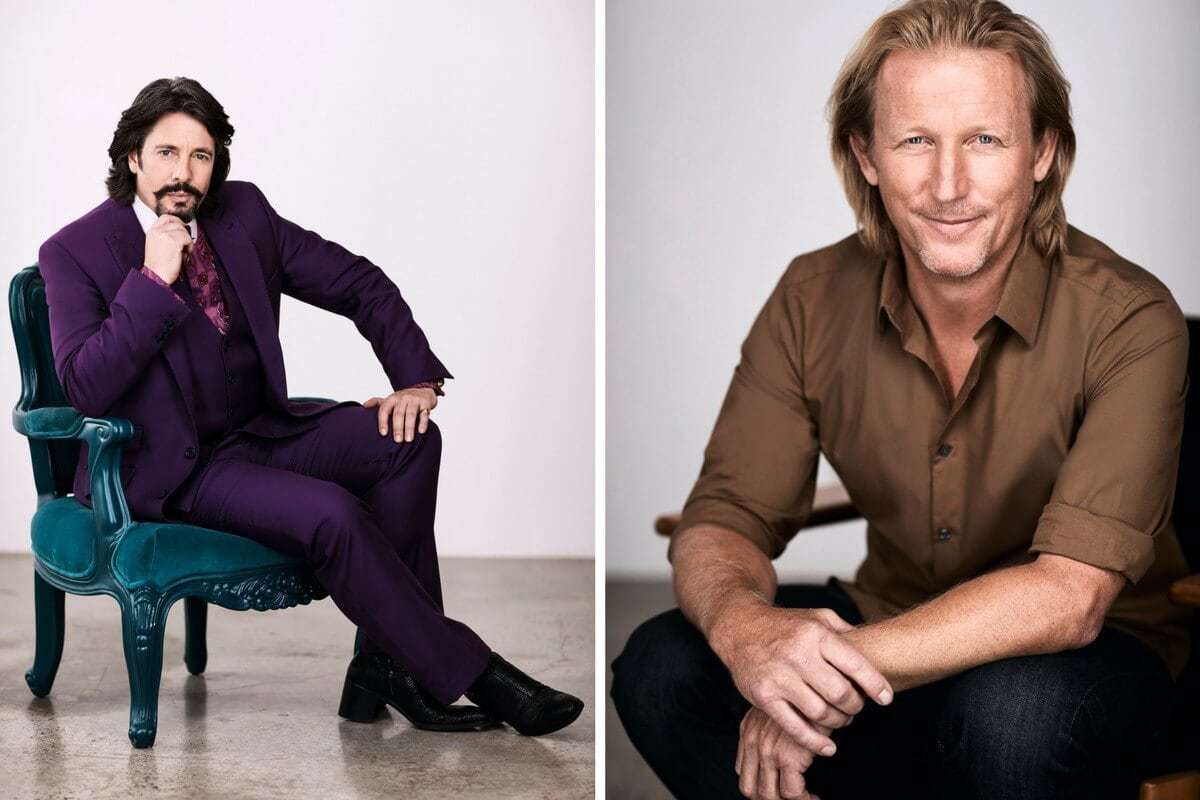 There may be divine design and great style choices coming from this year’s contestants, but don’t expect things to stay so rosy between the judges during the whole home reveals.

“Expect a lot of arguing! There are some pretty strong opinions being thrown around, and we don’t always agree, and Drew definitely gives LLB a run for his money,” Wendy says.

Drew is also going to be pushing the contestants to do more with what nature has given them this season.

“This year I’m going to be pushing the contestants to design and make things out of real materials,” he says.

And on that note, let’s discover who the contestants are for House Rules 2018… 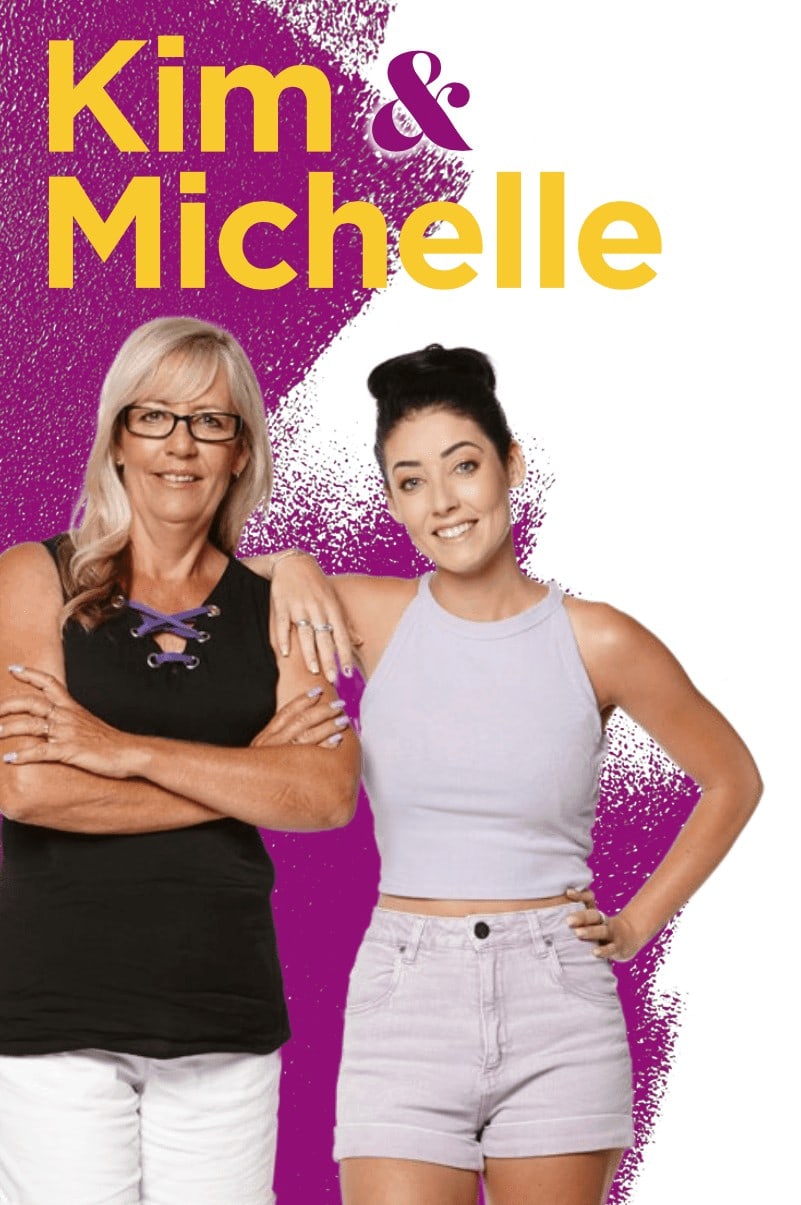 House Rules 2018 marks the first time a mother and daughter team are competing. Mum Kim and daughter Michelle are both from Tweed Heads; crammed into a tiny three-bedroom home with the rest of the family.

“Living in this house is my mum, myself, my two daughters, my sister Melissa, her son Cory and my dad,” Michelle says. “We are all on top of each other.”

While both Kim and Michelle admit that the place is falling apart, it does have amazing 180 degree views, so there’s loads of potential in their renovators delight. 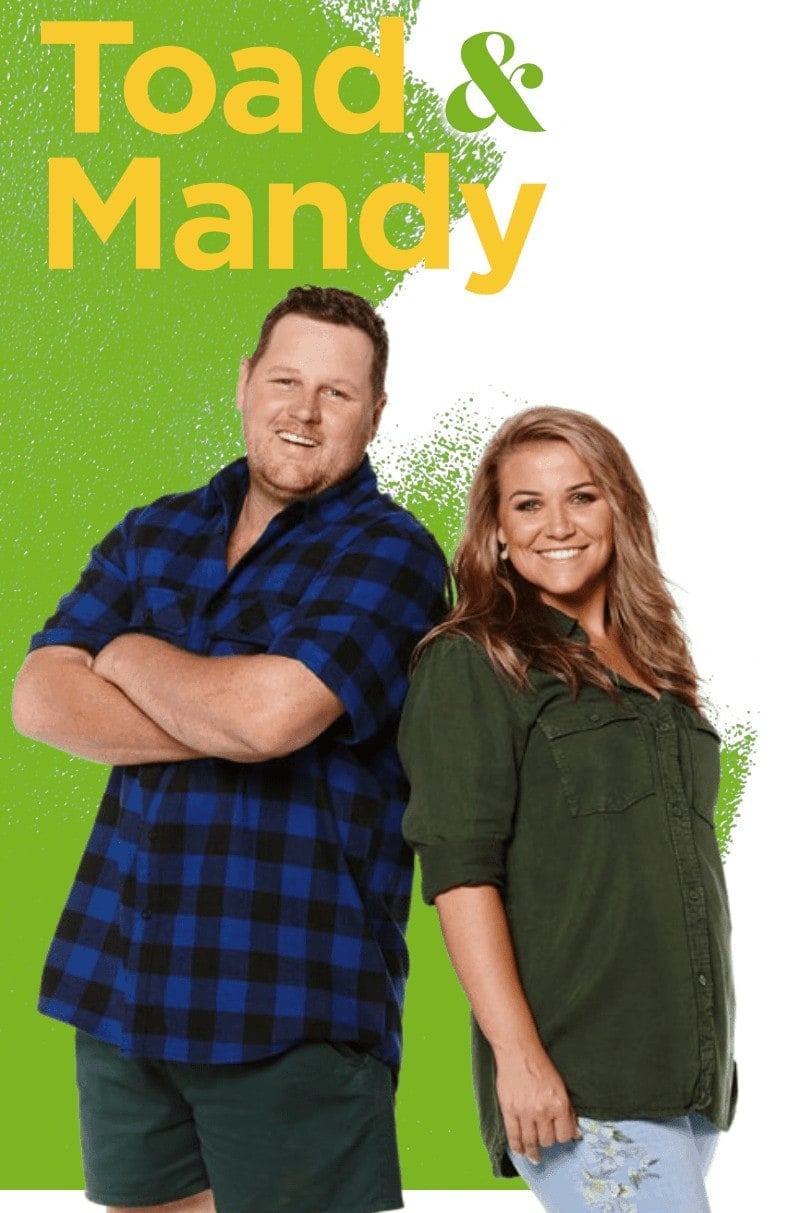 Engaged parents of twins and dairy farmers with no reno experience between them, Toad and Mandy have potential galore in their 150-year-old inn. Even if there’s a massive mortgage attached to it.

“There’s about 10 or 11 doors on the outside of the house and none of them have locks on them,
Toad explains. “We’re open to the elements. The wind blows in from the west, the doors rattle. One time, it blew the screen right out and smashed the glass.”

Having both grown up in the country, Toad and Mandy are eager to restore their old in and give their kids a similar upbringing. 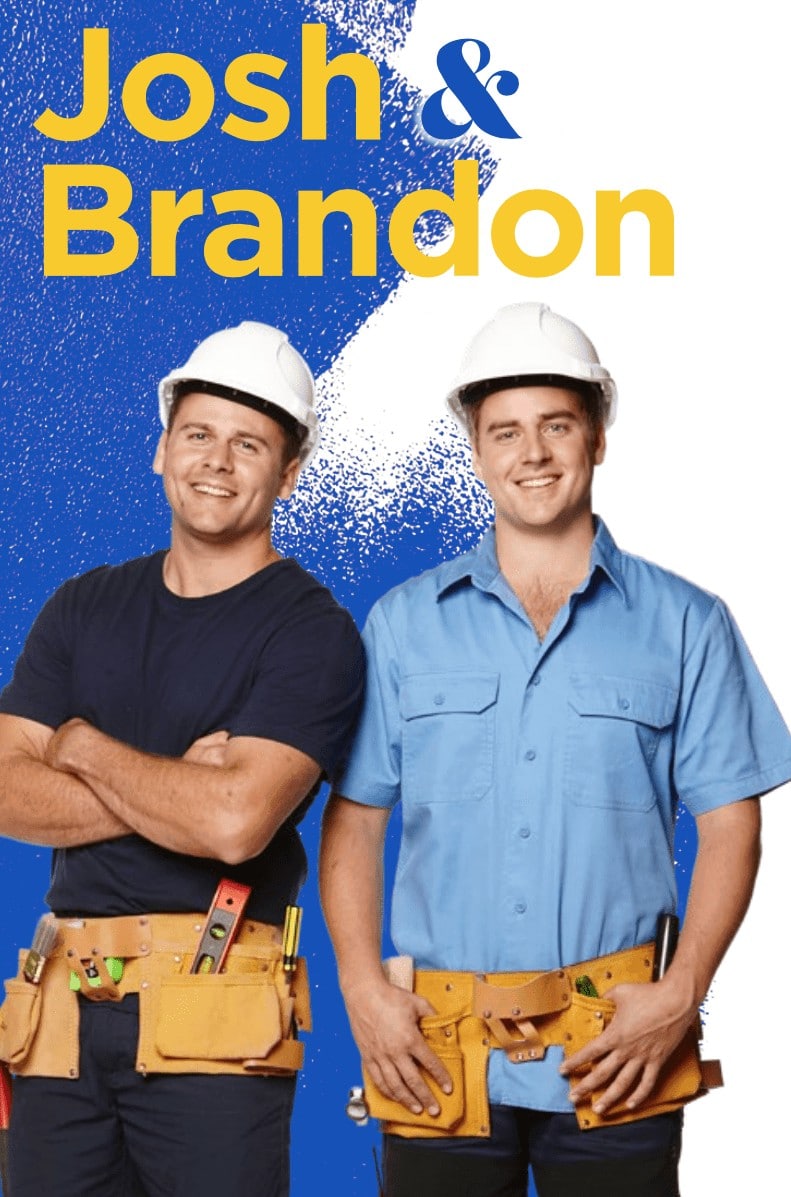 Tradie brothers Josh and Brandon are no strangers to a building site. Both from Maryborough in Queensland, the two are eager to put their skills to the test on House Rules 2018.

And while some renovations have been carried out on their home, the boys admit that they haven’t been of the highest standard.

“Our kitchen has been thrown together with bits and pieces from other jobs,” Josh says. “It’s an unfinished project.”

The boys don’t earn a tonne of money, so they’re hoping their time on House Rules gets the home to where it needs to be. 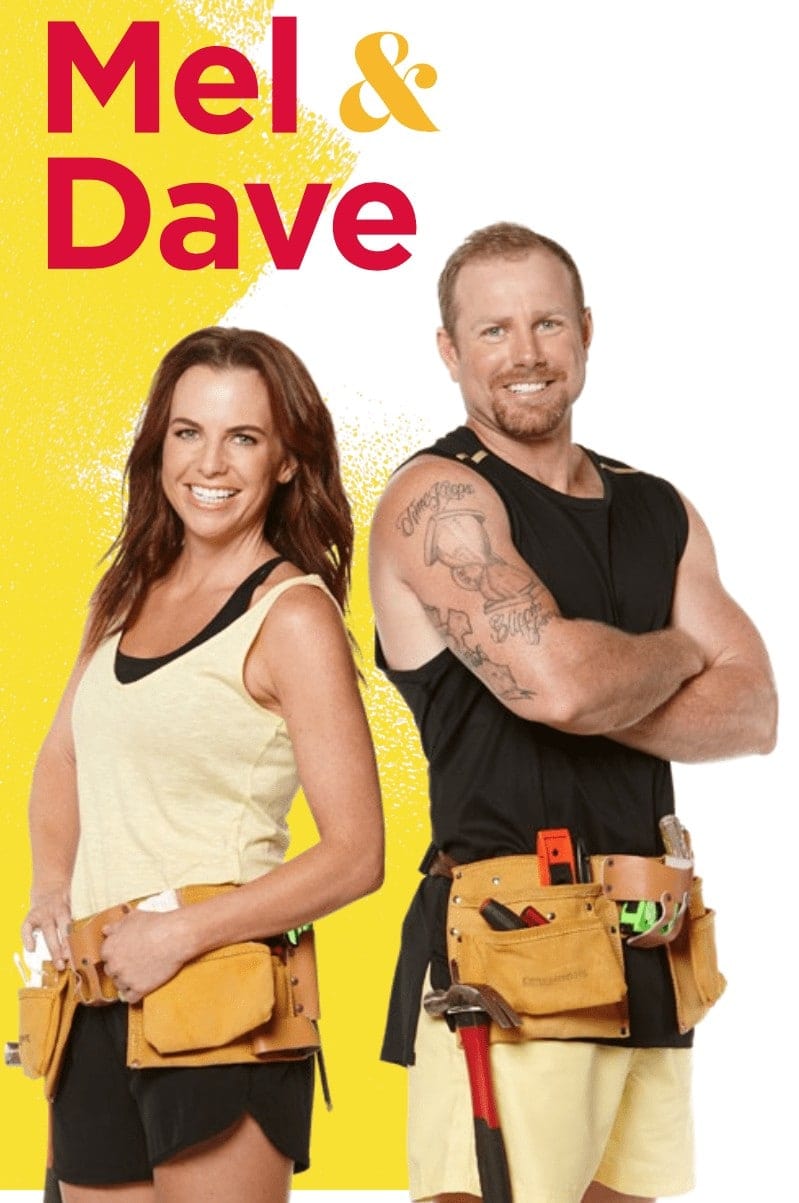 Queensland couple Mel and Dave bought their Gold Coast home back in 2015 without an inspection, and admittedly had no idea what they were in for.

Having spent over $40,000 in repairs on the home before they could even move into it, Mel and Dave are still doing it tough. The home’s windows don’t lock, it’s full of cracked tiles, and the kitchen is a disaster zone.

“At the end of the day, I just want a safe family home for our children,” Dave says. 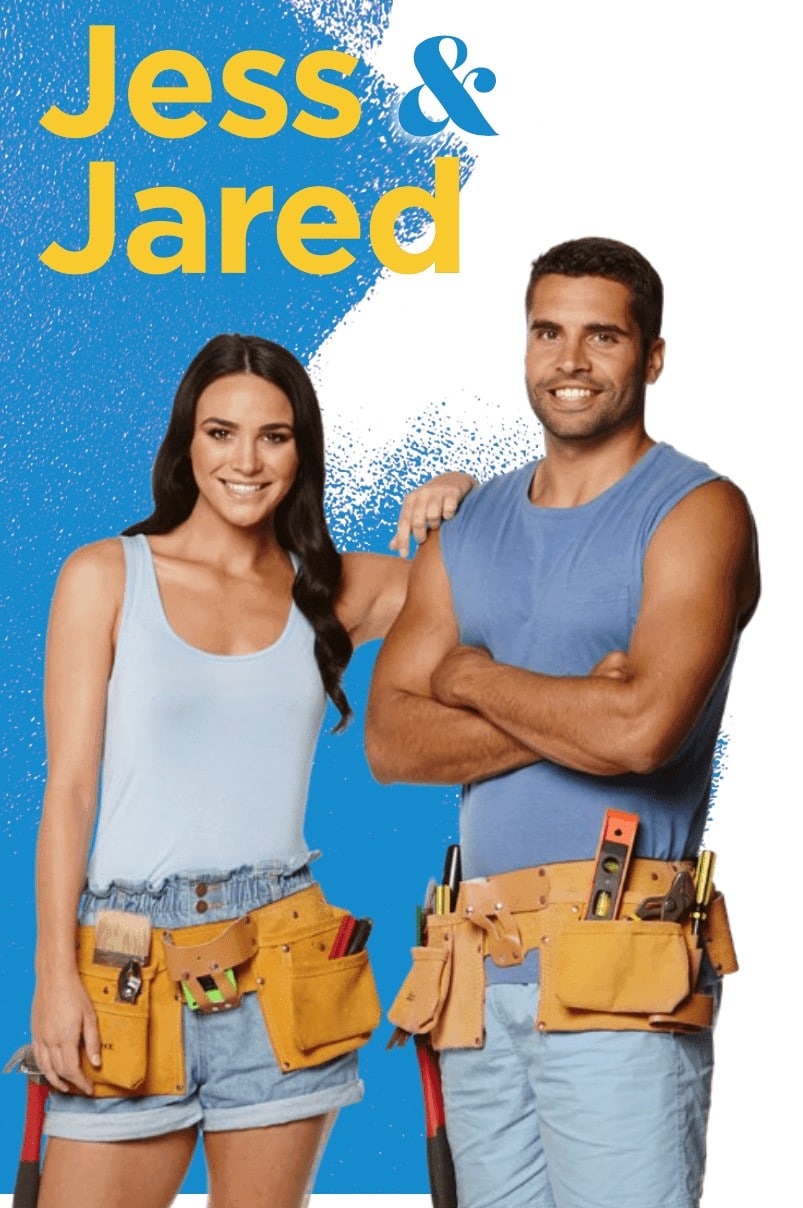 A rundown bachelor pad, owned by former AFL player Jared, is in dire need of some love from the House Rules contestants this year. Jared hopes that once it’s transformed, Jess might finally move in with him.

“Things are falling apart,” Jess says. The roof leaks and the bathroom is plagued with mould issues. “It’s absolutely gross. The sink tends to fill up which is a nightmare,” Jess explains.

Although neither have any reno experience, the couple are relying on their no-arguments relationship to get them through the competition. 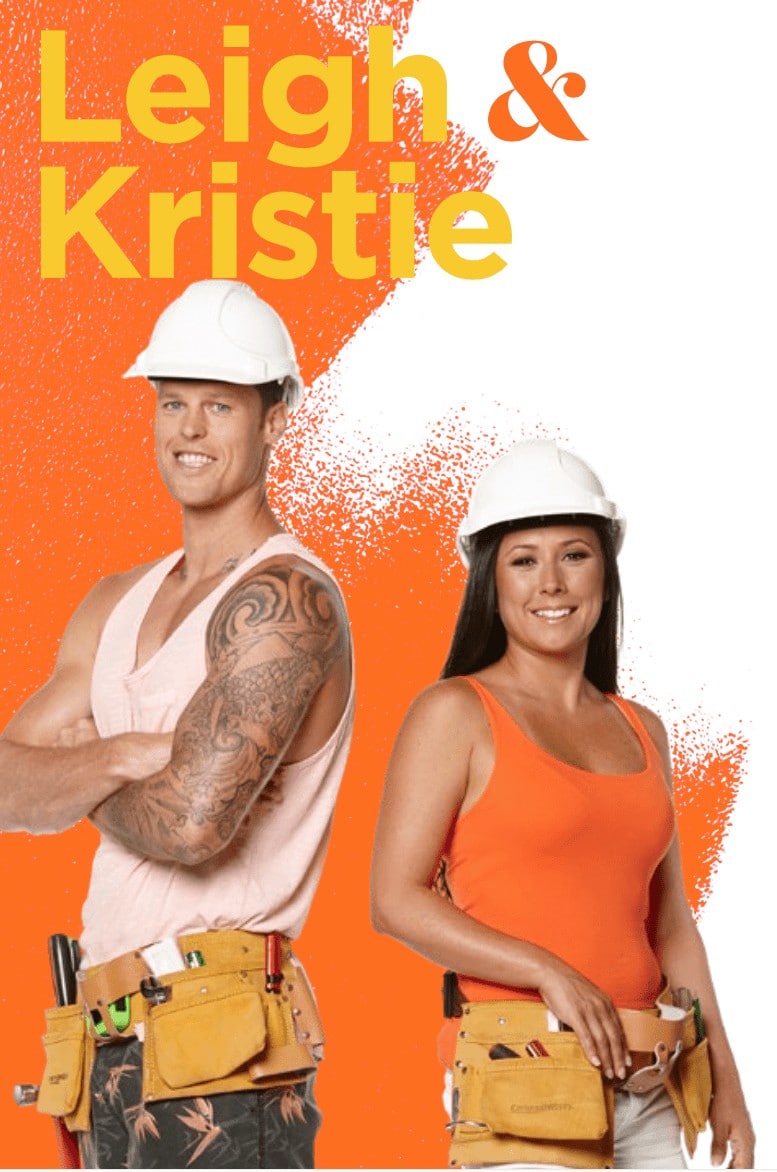 Married surfers Kristie and Leigh admit to being super-competitive, which is sure to make for an interesting watch this year.

“We’re here to do whatever it takes to win,” Leigh admits. The couple, who wed in 2009, own a beach shack on Victoria’s Mornington Peninsula.

“It’s a huge project to do on your own,” Leigh admits. “It’s taken me forever to get it to where it is and I’m knackered.”

The couple are hoping their rundown shack can be transformed into a modern coastal oasis. 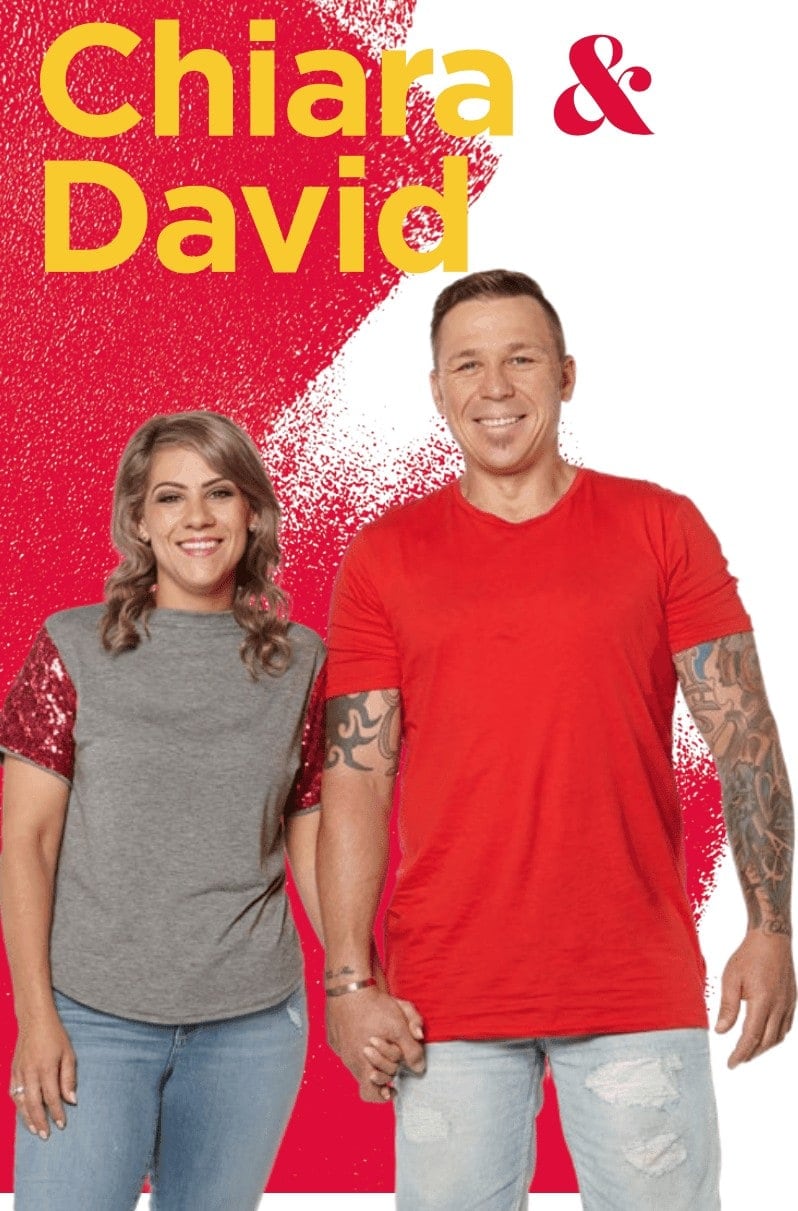 Perth couple Chiara and David finally purchased their 80s brick home a few years ago after almost a decade in debt. They’re proud of their achievements but know the home needs some major work.

“When we purchased the house, we didn’t notice all the botched DIY,” Chiara says. “There’s literally so many things wrong, you need to just pull it apart and start over.”

This is the couple you can expect to see fireworks from on House Rules 2018.

“We were told by a counsellor we’re explosive at times,” says Chiara. “We fight hard but love big.”

Will you be watching House Rules 2018?

What are you most looking forward to on House Rules 2018? With the show set to start in a matter of weeks, I’d love to know what you want to see from the contestants this season. Drop me a comment below and share your thoughts.

And don’t forget to hit the blog each Monday as I do room reveal recaps after the Sunday night show!