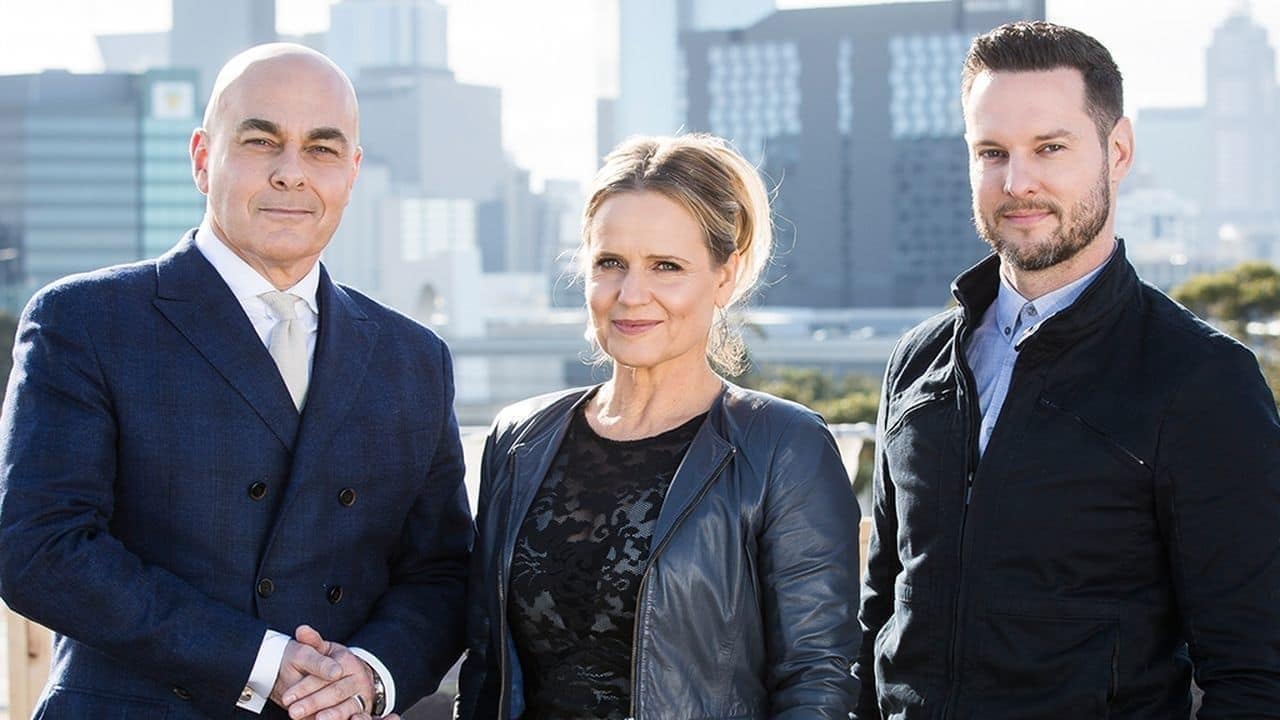 The Block 2017: Your Complete Guide

Before the show hits our screens on July 30, though, let’s take a look at what’s changing this year, who’s back for more, and which teams are competing to take out the title of winners of The Block 2017.

And if you want to see my all-time guide to every season of The Block, check that out here

When it comes to the houses, The Block 2017 is going to be vastly different from previous seasons. While the last few years have focussed on renovating apartment buildings, things are changing this time around.

Five heritage houses were ripped up from different Victorian suburbs and transported to Elsternwick; nine kilometres from the Melbourne CBD. The period homes were torn apart and put back together once delivered to their new site, ready for The Block contestants to give them some designer love.

“This is a first for us on The Block,” says returning host Scott Cam. “But after twelve series we knew we had to one-up ourselves – and this was the perfect way to do that. I love that we’re giving the houses a second chance at life and at the same time we’re giving five Australian couples the opportunity of a lifetime to earn some serious coin”.

The Block’s resident architect, Julian Brenchley, says that the process of relocating the homes took months to complete and wasn’t easy.

“Basically we were looking at houses that were going to be demolished along the regional commuter railway line, where they were demolishing houses to make way for blocks of units. There were lots of these little cottages living on borrowed time, but it wasn’t easy to find the houses because we had a whole lot of criteria to do with the width for the site”.

Friends for 15 years, Sticks and Wombat are from the South Coast of NSW. While Sticks is a carpenter and photographer, Wombat has less of a skillset when it comes to renovating and design. Even with that in mind, Wombat explains that it won’t be Sticks doing the styling; he’s colourblind!

This husband and wife team are experienced renovators with their eyes on the prize. Ronnie is a professional plasterer and handyman, while Georgia works in kids clothing design. They’ve bought and sold 10 properties together and are well and truly playing to win.

Townsville couple Hannah and Clint are have zero renovating experience between them. Hannah works in ground crew for Qantas while Clint works in property sales. But what they lack in experience they make up for in enthusiasm, admitting that they’ve wanted to be on The Block forever.

Mum and Dad duo Jason and Sarah started their first reno project over a decade ago and it’s still not complete yet due to lack of funds. These two see The Block as a chance to start over and finally build their dream home together. Jason is a plumber and Sarah is a nurse, so one half has experience that’s sure to come in handy.

It was in the first year of their relationship that Josh and Elyse decided to buy and renovate their first home. A few years on the young couple are ready for their next challenge. A carpenter by trade, Josh has an upper hand on Elyse, who is a model with a strong Instagram following. 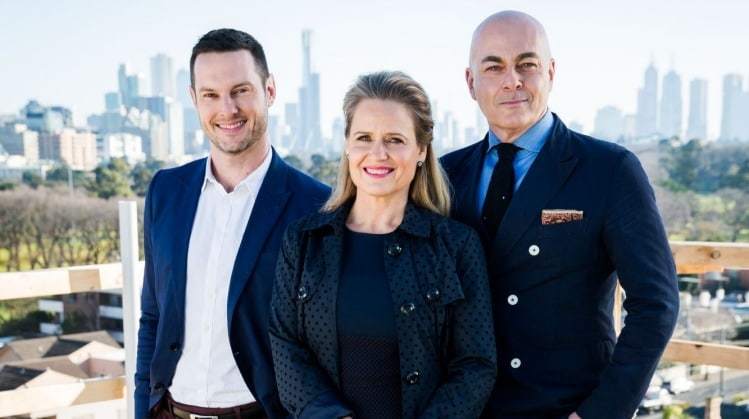 Your fave judging trio are back for another year on The Block 2017. Neale, Shaynna and Darren are all returning to the series and are looking forward to what’s ahead.

“I am particularly excited because we’ve gone back to houses,” admits original judge Neale Whitaker. “And I love the fact that the five houses are next door to each other, and have been transported to Elsternwick from other parts of Melbourne”.

Shaynna explains that for her, while looks are important, functionality is king this season.

“The contestants are not just staging their homes for selling – they are actually building it from the ground up,” she explains. “So they need to make sure that everything they do is incredibly practical from day one”.

Darren is eager to see how the choice to transform houses over apartments unfolds.

“To have five in a row, and for them all to be interpreted uniquely by the contestants who all have a really high level of skill, makes it very exciting for us every week,” he says. 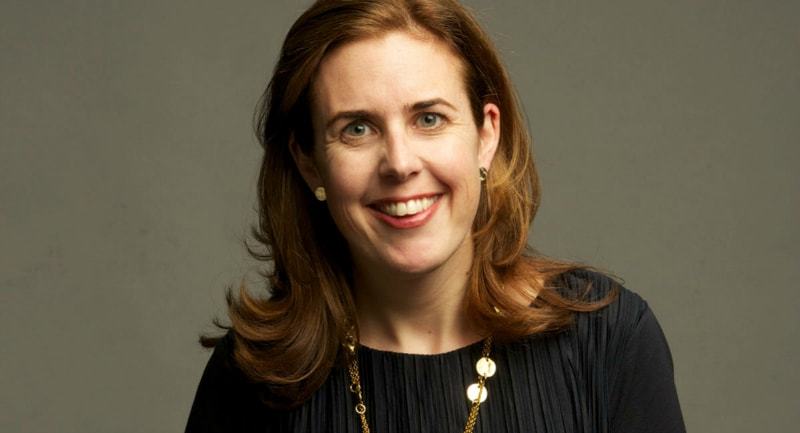 National Managing Editor at Domain, Alice Stolz, first appeared on The Block last year and is back for more in 2017. Her role is far more involved this time though, as she’ll walk through the houses each week. Alice will award points to the couples she thinks are headed in the best direction to appeal to the local market and buyer.

The winner each week will receive a $5000 cash prize from Domain; $2500 for themselves and $2500 to go towards their marketing spend on Domain.

“The more they put into their marketing spend, the more bells and whistles they will have online,” Alice says. “The stakes are high”. 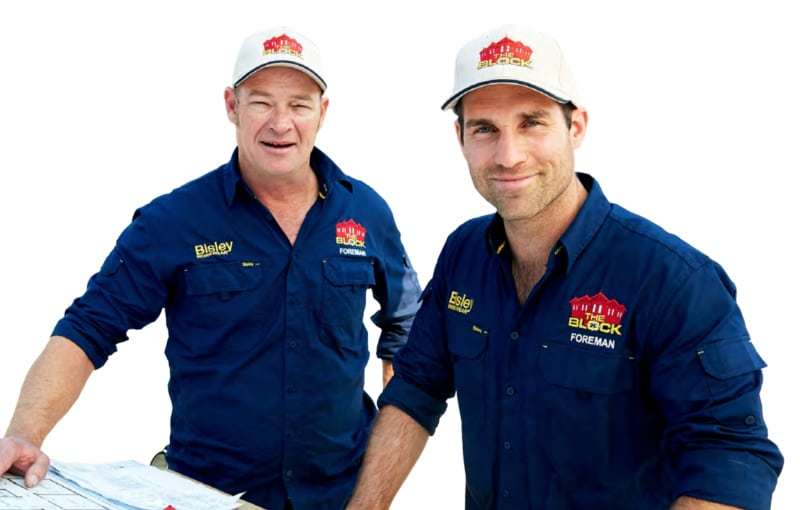 Your fave foremen are all back for The Block 2017 – and Keith has no plans on taking it easy on any of the teams.

“This year’s Block is a bigger challenge than any others we’ve done,” he says. “We guarantee the work on all the buildings. I’ll be keeping an especially close eye on them this year to make sure no one cuts corners”.

Foreboy Dan Reilly, a former Blockhead himself, now sees The Block from both sides.

“The teams are going to struggle this year because it’s such an enormous build,” he says. “I’d love nothing more than to step in and give them all a hand. Because I know, from having done The Block, how hard everything can be. But I can’t. And actually, they’re going to have to learn the hard way, just like we did. If they can survive this series, hats off to them, because it’s going to be tough”.

Host of The Block since 2010, Scott Cam says that hosting duties on the series are never a drag.

“I love the building industry and I love my trade,” he explains. “That’s what’s great about the series. Yeah, we’re doing a TV show, but I also get to work in the field that I love. I get to see construction happening and the progress of a building taking shape”.

Shelley Craft is back on The Block 2017 in her role as the show’s co-host. And she says that the teams really have their work cut out for them.

“Not only are they doing a heritage renovation at the front, they are also working on that great modern extension out the back, as well as the outdoor areas, garage and studio apartment. It’s an enormous task”.