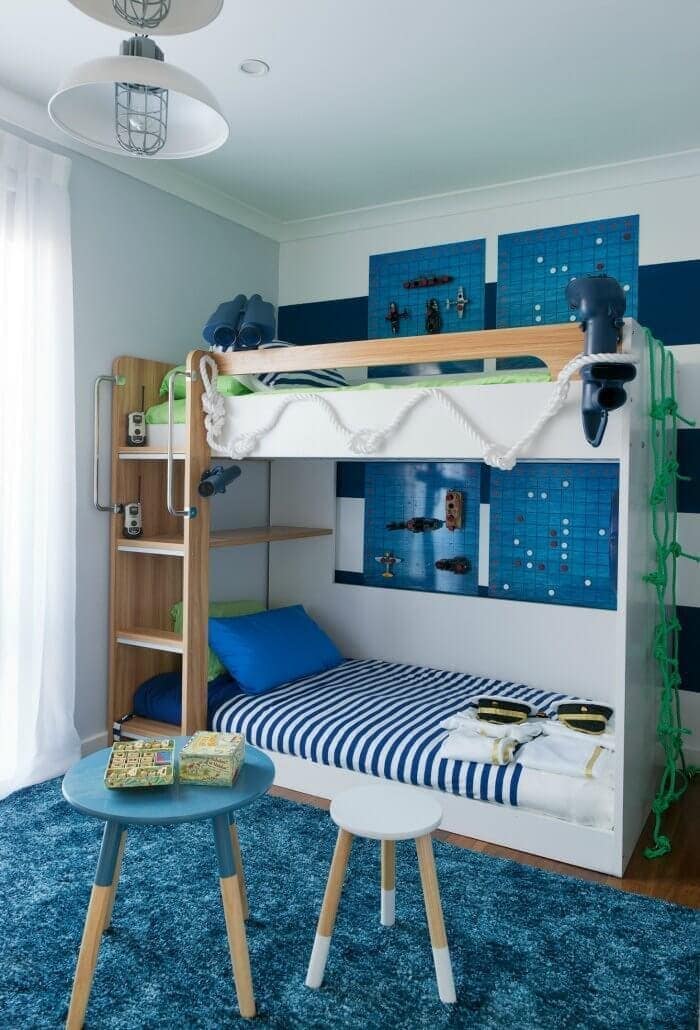 This week’s House Rules reveal was an interesting one, with a leaderboard that looked dramatically different to the week before. 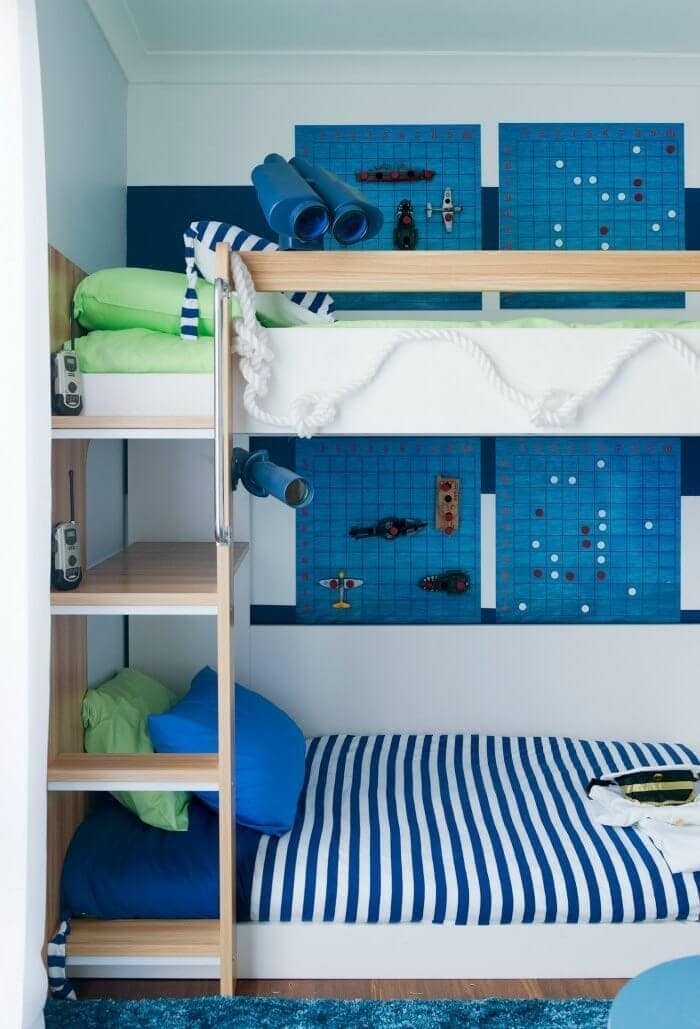 When Rose and Rob requested that their home makeover be a retro-inspired one this week gone by, I couldn’t help but feel a little concerned as to what they’d end up with.

The teams were certainly faced with a few interesting house rules, which included no white walls and a good dose of paprika, mustard and teal to be used throughout. The other (and somewhat worrying) ask was that the teams go shagadelic in the bathroom.

It was a Navy-inspired bedroom for brothers David and Sam that shot Fil and Joe to the top of the ladder this week. It got them a perfect 10 from judge Wendy Moore, with fellow judge Joe Snell awarding them a nine for their zone, which also included the laundry.

Rose and Rob said the boys wanted to score their room 99,000 – but in the end they went with a nine because they disagreed on the laundry. Rob loved it; Rose was not so keen.

“If it meant that I had to be in the tent to get a 10, then bring it on again,” said an excited Fil.

Claire and Hagan, who were last week’s winners, were less than impressed as they sunk to the bottom of the leaderboard; awarded just 18 points for their zone this week. 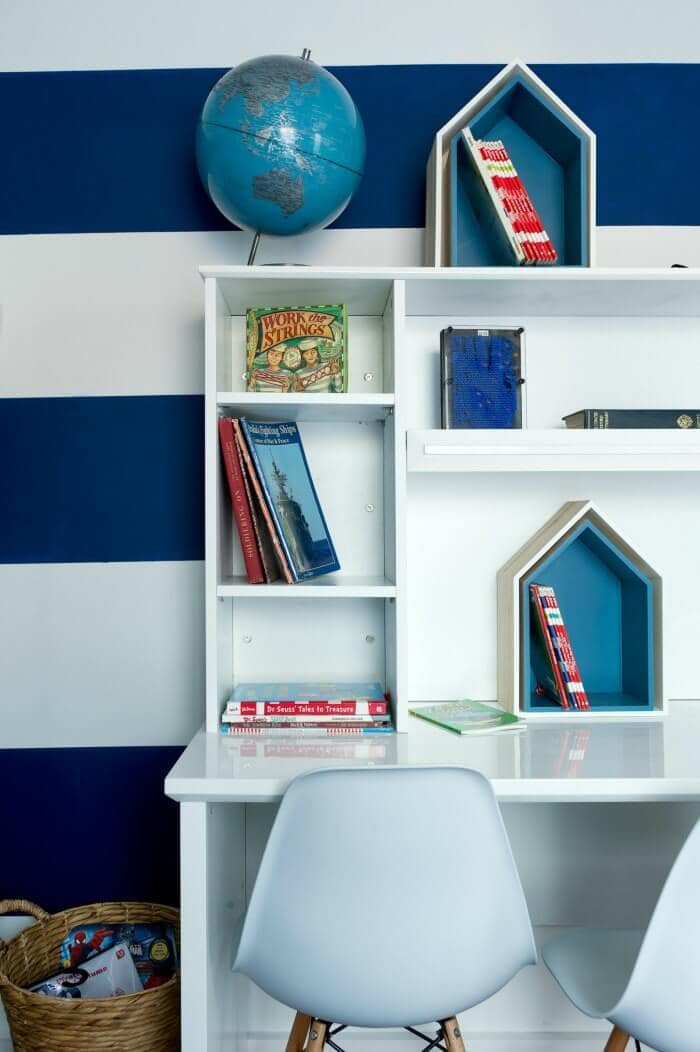 Let’s start with the better zone of the two first, because there are actually a lot of good ideas here. Sure, it’s themed, and themed rooms can be a bit on-the-nose, but in a kids space I think a theme can be forgiven, because there should be a sense of excitement when a child walks into their room, and this space definitely has that element to it.

I also believe that if you are going to go with a theme – as Fil and Joe have done here with a Navy-inspired design – you have to go all out and commit to it fully. So they get points for that.

The bunk beds themselves are actually quite amazing. Beds have come leaps and bounds since I was a kid! The only issue I have is that Fil and Joe should have thought about how visually dominating the bed was going to be on that wall, and opted against painting the stripes behind it.

Leaving the stripes on that wall makes that side of the room quite visually chaotic. But apart from that I think this room rocks. 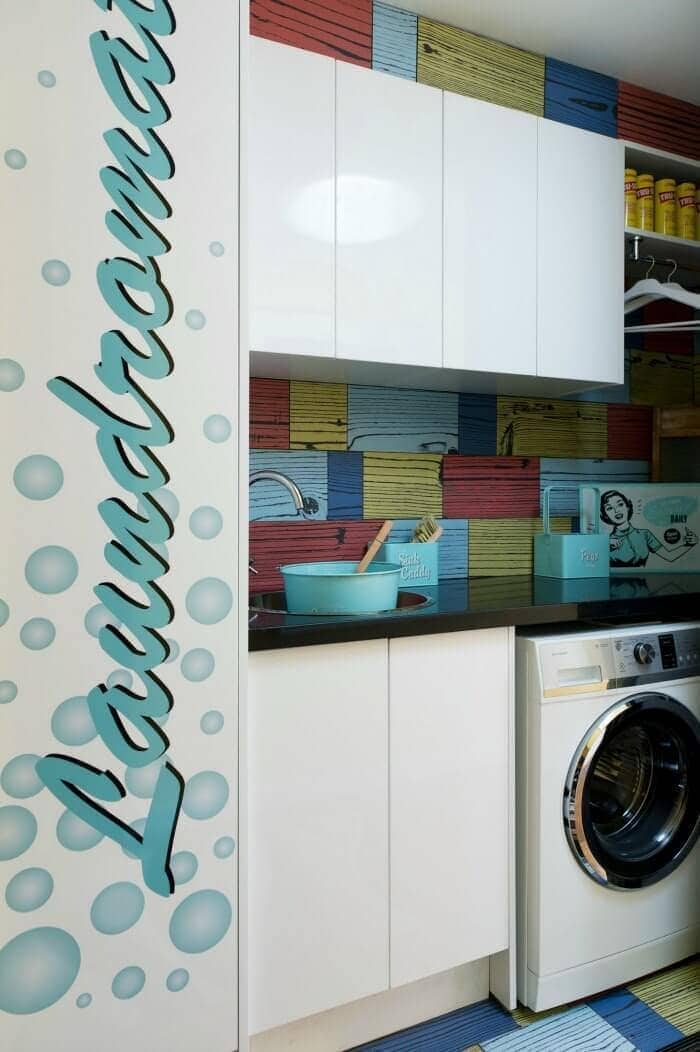 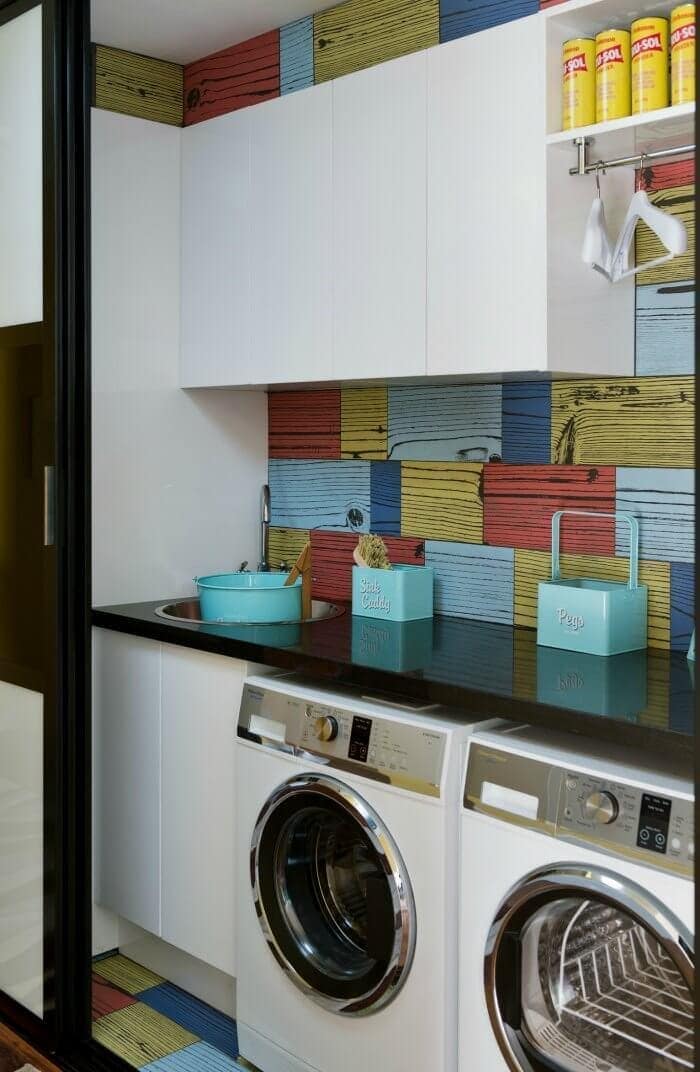 I really don’t have anything positive to say about this space. This is an example of committing to a theme and having it go horribly wrong.

The wall and flooring in those colours makes this space feel quite juvenile, and the black benchtop is quite a contrast against it. If they were keen to use a lot of colour, a white benchtop would have made more sense. The teal accessories further add to making the space feel quite jarring and disjointed in terms of colour.

The gigantic Laundromat lettering is quite tacky and I kinda want to remove it immediately. A room can be retro-inspired, and it can be bright and use loads of colour, all without looking cheap. Maybe I’m just not in on the joke here, but this space is a massive fail in my eyes. What do you think of the laundry? Am I being too harsh? I’d love to hear your thoughts in the comments section below.