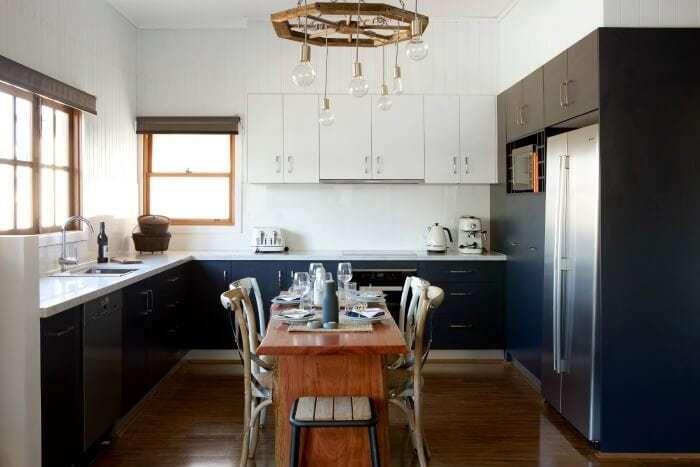 It may have been great scores from both judges on last night’s House Rules reveal, but was it deserved? Let’s discuss. 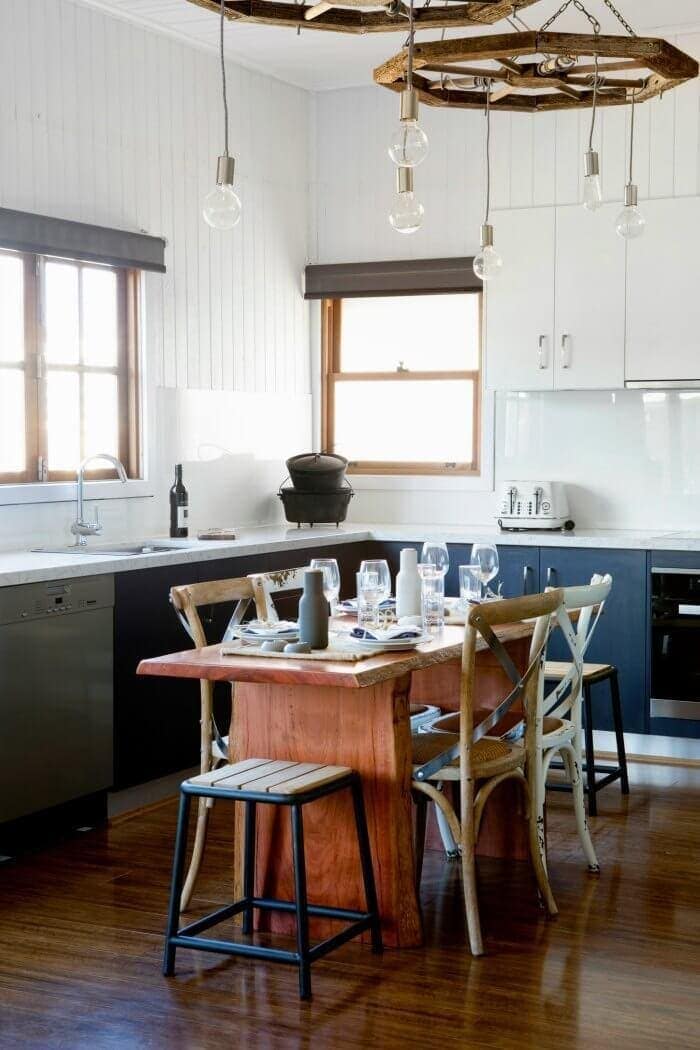 Claire and Hagan were the flavour of the week when it came to judging time on last night’s whole house reveal episode. The couple were left almost speechless as the verdicts rolled in on their kitchen, dining and guest bedroom transformations, which took place in the home of brothers Luke and Cody.

“You guys just blew us away; it was an unreal zone,” Luke said of the kitchen. “Far out, I want to learn how to cook now. And to see that you found the time during that busy week to make a bed, it was unreal guys. It was such a beautiful bed too, you should be proud, you really nailed it”.

The judged echoed the joy and rapture from Luke and Cody, with Joe Snell commenting that the entire house was an outstanding effort from the teams.

“All throughout the house, all the way through to the deck, there was a lot of love,” Joe said. Judge Wendy Moore was equally impressed.

“This has to be my favourite house in the history of House Rules. So when it comes down to the judging, it came down to separating the great from the amazing”.

Now that we’ve recapped on what’s gotta be the happiest reveal so far on House Rules 2016, let’s take a look at both spaces from a design and styling perspective… 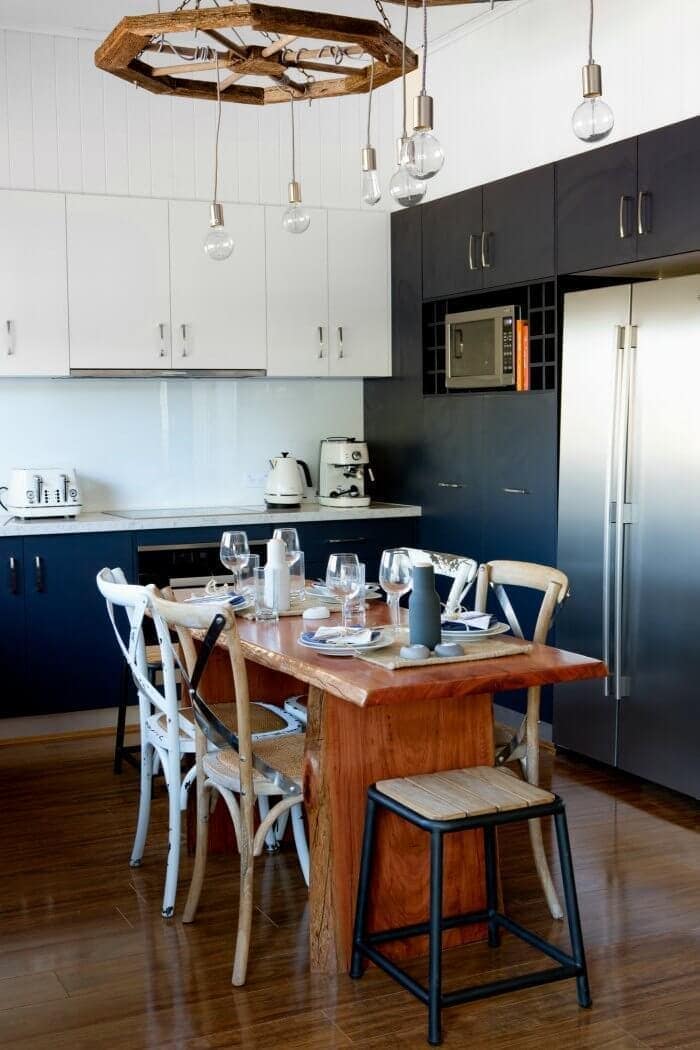 My thoughts on the Kitchen/Dining Room

When I laid eyes on the kitchen and dining room – especially the styled shots – I thought the heavens above had opened and that the decor God’s were rewarding me for good behaviour (I swear I haven’t purchased a cushion in months, so that must be it!).

There is actually nothing I can fault here. What impresses me most is the combination of wood tones that Claire and Hagan have brought in. From white and rustic, to blonde and weathered, right through to dark and glossy on the cabinetry, the entire visual journey is a sublime one and is full of interest.

The dining table is small, yes. I imagine six people sitting around it would be quite tight, but it does suit the space and the scale is right. The rustic and industrial pendant lights, situated above the table, makes this the focal point of the space. The styling on the tabletop is also wonderful from a colour perspective.

They also have three different finishes going on in the kitchen cabinetry, and again – it works. These guys can come and do over my place anytime they like! Well, my kitchen, anyway. 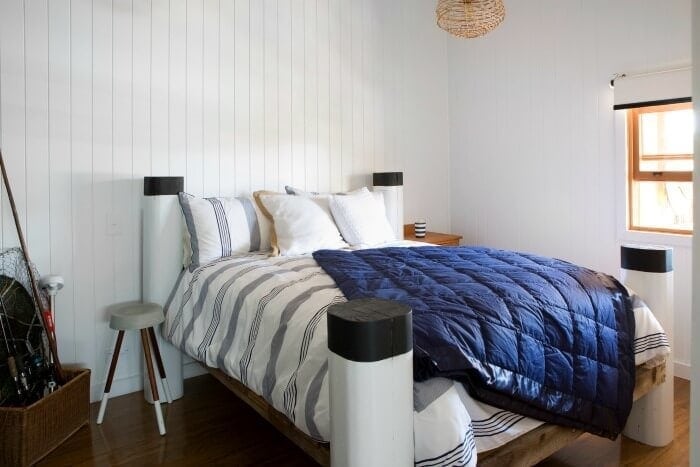 My thoughts on the Guest Bedroom

Now that you’ve had your sugar, Claire and Hagan, you’ve gotta take your medicine. And when it comes to the guest bedroom, it’s going to be a bitter pill to swallow.

So many things have gone wrong here.

The bed, for starters, is way too dominant in the room. Those legs are so chunky – and the entire design of the bed, in fact, is quite literal and very naff.

You know I love a messy bed, but this is taking the look too far. The entire scheme is so nautical it hurts. It just needs sand in a bottle on the bedside and a giant anchor above the bed and it can set sail.

The cement stool beside the bed is an afterthought and makes very little sense in the space, and what’s with the open fisherman’s basket? I’m very confused! Is it just me?

With the fourth renovation completed, the teams will now head to Perth to transform Rose and Rob’s tiny, 1960s double brick home into a retro show stopper.

See you next Monday for my week 5 recap! For regular updates on all things House Rules 2016, visit yahoo7.com.au/houserules.

What did you think of the kitchen and guest bedroom. Do you agree with me? Sound off with your thoughts below!