House Rules 2017’s Sean and Ella reveal is brought to you by Australian Hide.

I thought that was going to be mentioned somewhere in this week’s reveal ep considering the over-use of it in the rooms. But no such luck. If last week was brought to you by Murals Australia (see the photos here), this week was definitely hide week. And there really was too much of it.

Credit where credit is due, though; this is without a doubt the nicest reveal yet. No ghastly colours, no heinous patterns, and no god-awful design interpretations that left rooms looking like a dog’s brekkie.

Sean and Ella asked for industrial Scandi and that is exactly what they got. So let’s take a look at the best and worst rooms below. The Master Bedroom was the Standout

In terms of nailing the house rules, the master bedroom from Andrew and Jono was a winner in my eyes.

The colour palette was bang-on, it had the right amount of industrial elements, and even the styling was nice. I mean, it was over-stuffed. But learning to edit rooms well and take things away is a skill that develops over time. So I’m giving them points here for executing a space that ticks so many boxes stylistically.

I do think the lights were a step to far (the amount of lights, anyway). A successful room needs just one focal point and there were too many competing for your attention here. 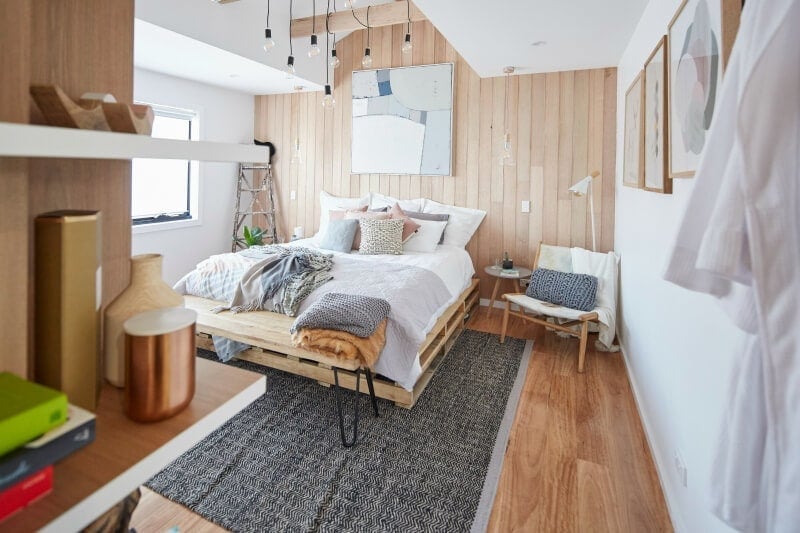 The wall was a feature enough in the main bedroom that it didn’t need the lights competing with it. The pieces in the living room aren’t connected. A large rectangular rug was needed here to ground the space. 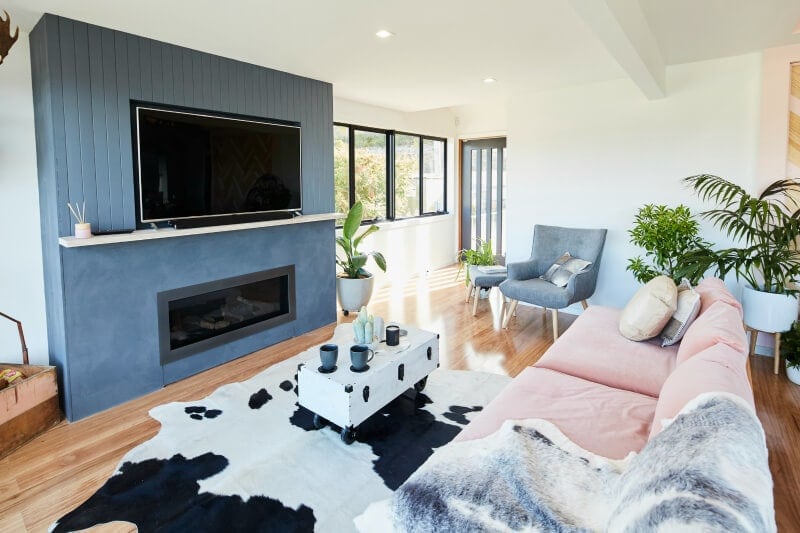 The coffee table was way to small for the room also. It’s all spatially a bit wrong. 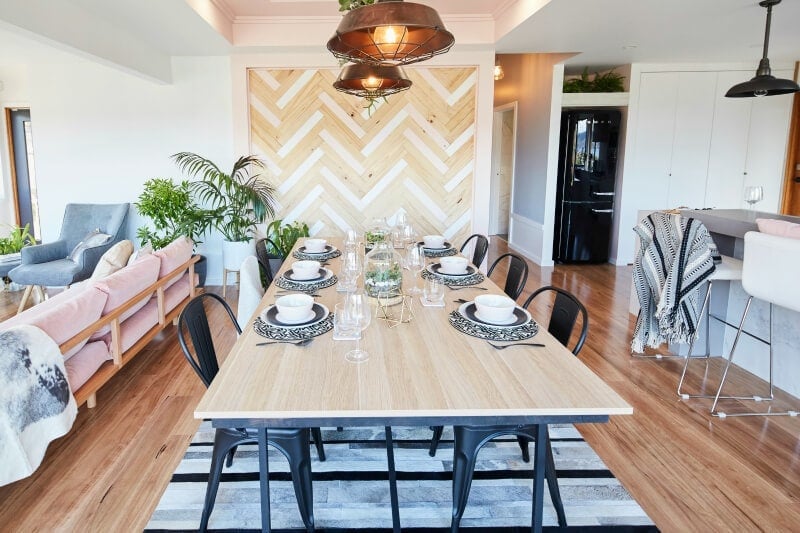 The dining room was pretty nice. But boy am I over the use of those chairs in industrial spaces. 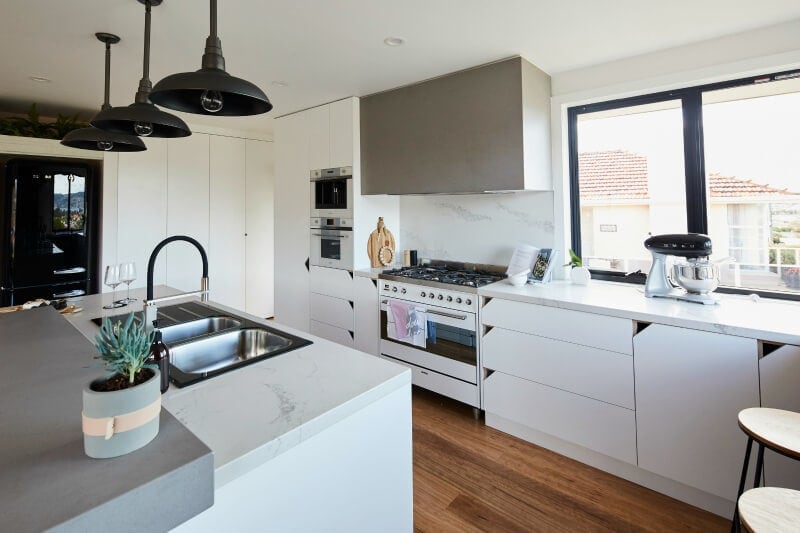 The kitchen was hot to trot. I don’t love the cupboard and drawer handles though. 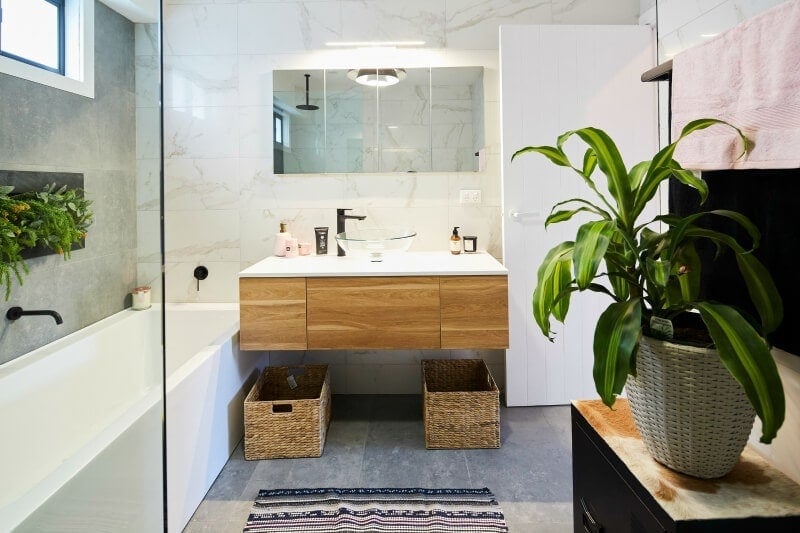 I thought this bathroom was divine. The floating vanity is glorious, don’t you think? 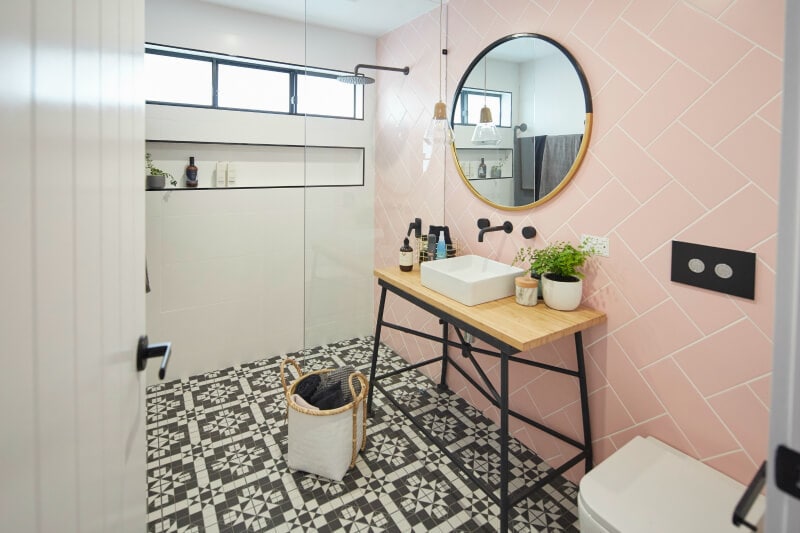 Now this space is truly horrid. Those pink tiles! Someone pass me some Nurofen. 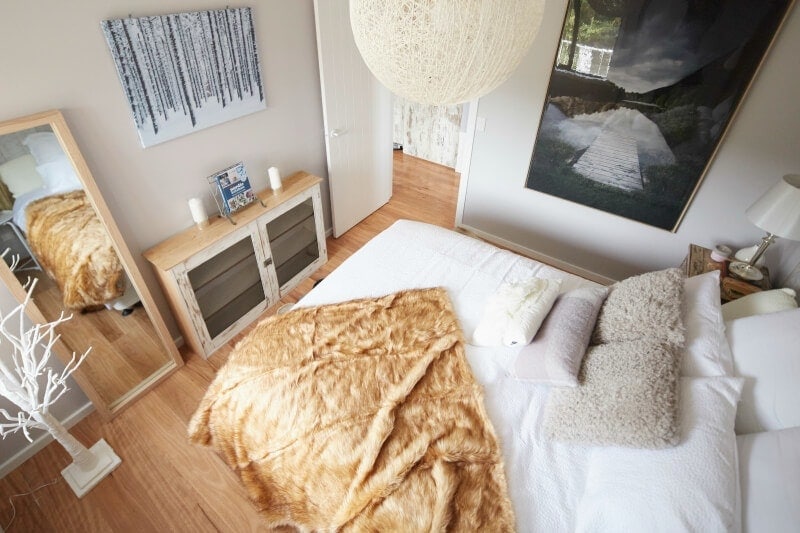 I don’t like the styling choices here. It’s a bit themey and over-stuffed. 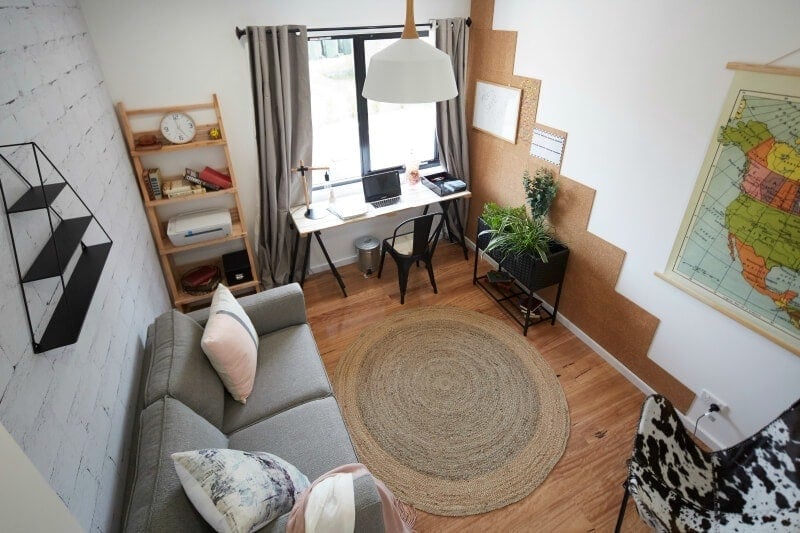 Loving that cork wall. Cork is a huge trend this year so at least they’ve tapped into that!

Kate and Harry on Top?

I was kind of surprised Kate and Harry came out on top this week. I thought Andrew and Jono’s efforts were more deserving of top scores. I certainly didn’t think their dining room deserved a 10, did you?

Fiona and Nicole look to be improving. Though judging by your comments each week on the blog and Facebook… it’s a bit too little too late, right?

Let me know what you thought of this week’s House Rules 2017 reveal in the comments below. What do you think is going to make Troy and Bec storm out?