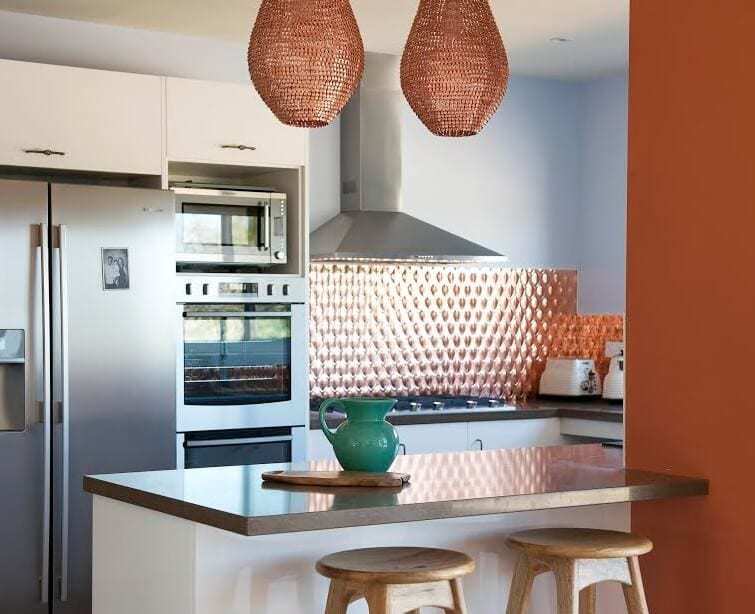 The final whole house reveal went down on House Rules last night and some of the spaces were truly magnificent. Not all of them were stunners, but on the whole I was pretty impressed. The teams transformed Karina and Brian’s rundown WA abode into a sophisticated but casual dream home. 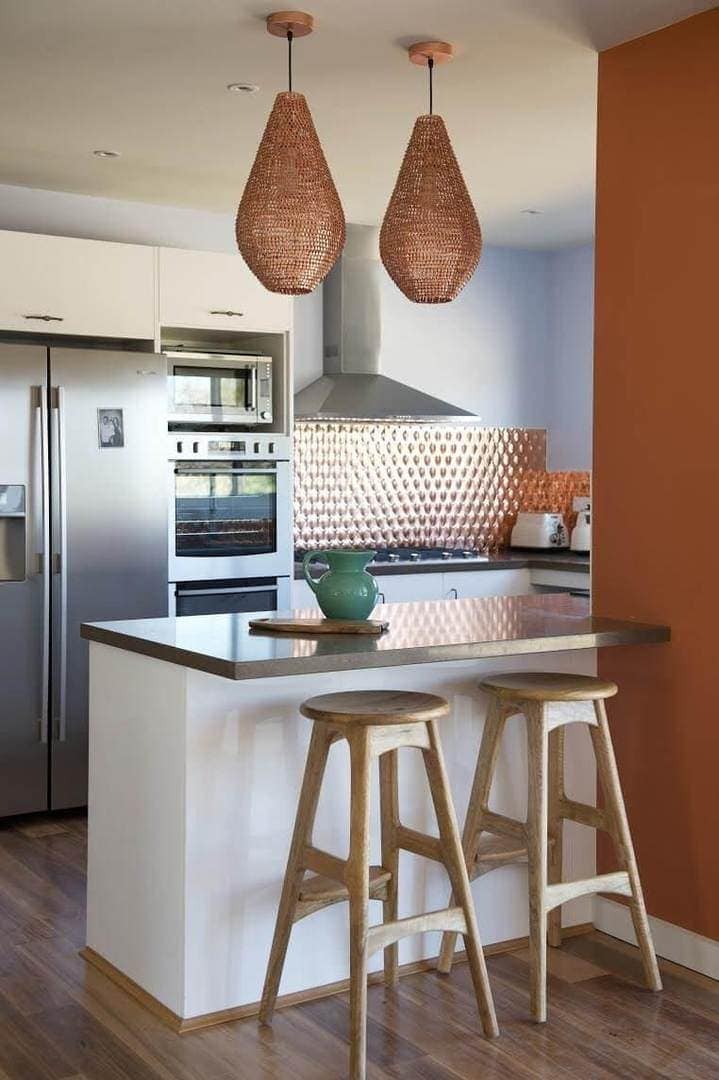 I have to confess, I’m not fully across what the house rules were this week (editing my book has kept me away from the TV) but I can only imagine Karina and Brian asked for oranges and blues to be used throughout, because their living zones were certainly decked out in theses hues.

Above, the kitchen is probably my fave space. Steve and Tiana did an awesome job here. I mean, the height of the stools is an obvious fail, but that aside I think this zone is stunning. The splashback is gorgeous and bounces plenty of light around the small space, and it plays so perfectly with the pendant lights, which are rather dramatic. It feels clean and contemporary. The benchtop is a revelation too, don’t you think? 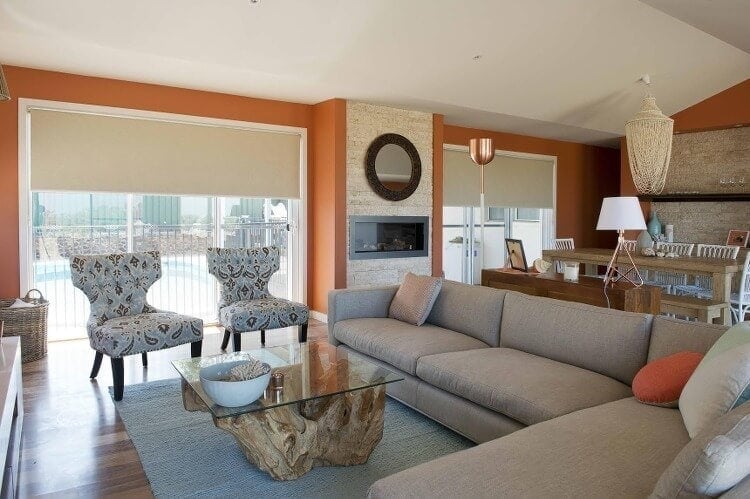 The living room, executed by Ryan and Marlee was also a knockout. They carried the same colour story through from the kitchen and linked all the spaces together nicely. I would have toned down the colour of the orange slightly on those walls, as the shade is too pure, but texturally the space is on-point and feels really inviting.

That beaded pendant light is lovely too. The lounge has been kept subdued, which was a smart move, so the orange and blue tones take centre stage. I’m really impressed (though I’d replace the rug with something creamy or beige). 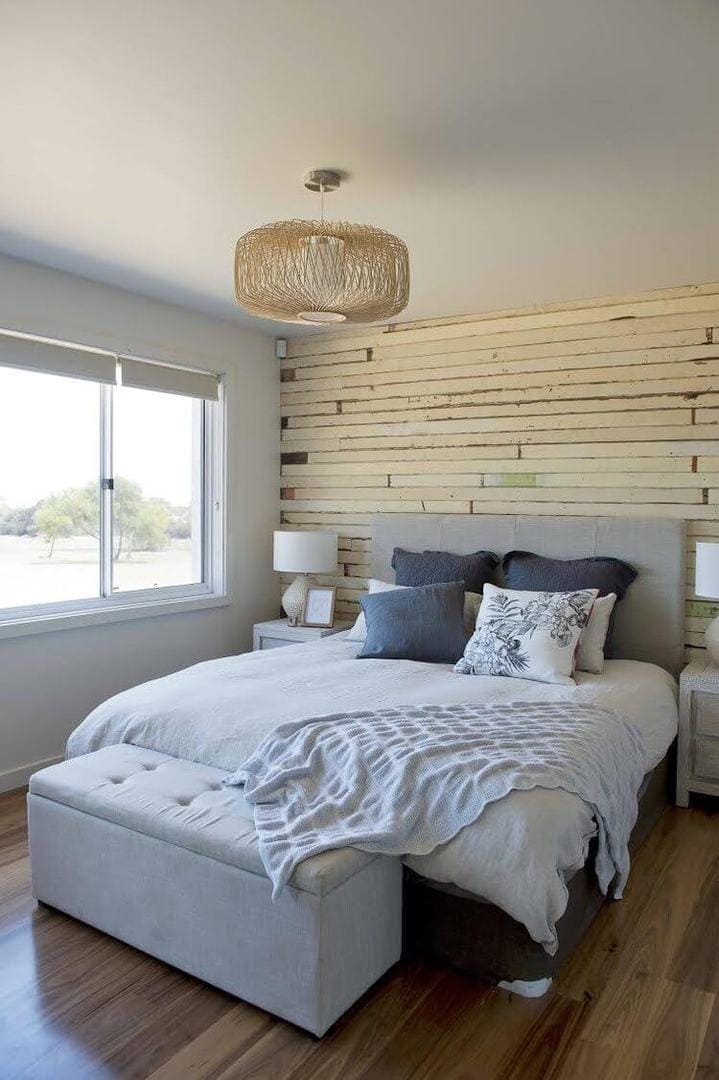 The good times keep rolling in the master bedroom, which was the work of Tassie team Cassie and Matt. This space feels very calm and serene, thanks to a carefully considered colour palette of soft greys and blues.

The wall brings a nice sense of texture and interest to the space without becoming too overwhelming, while the pendant light plays nicely with the lamps on the bedside tables. There is a good sense of layering here and different elements linking visually. I love it. 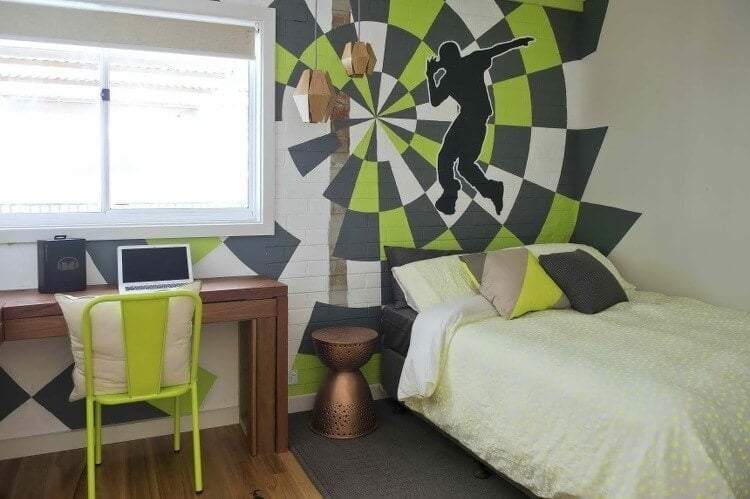 Above and below is where the love stops for me. The boys bedroom above (from Bronik and Corrine) and the girl’s bedroom below (from Ben and Danielle) both fell flat for me; the bottom room moreso than the top.

I don’t mind the zesty green colour palette above, but it just doesn’t feel like a boys room to me. That beside table, for example is very mature and a little more soft and feminine (not that I like to label furniture in this way). But it just felt like too soft a space in general. And the wall mural was fine, but why do they have that strip of exposed brick? It feels incomplete and a bit confused.

Below, I’m not feeling the love either. This space feels very literal (did they ask for a Frozen theme?). I love a kids room that is unexpected and interesting but this one feels a bit pedestrian to me. I think the teepee is a nice idea but a softer one in a better pattern would have been far better (chevron is over, after all). All of the varying blues aren’t very complementary. It feels like a really cold and uninviting space. 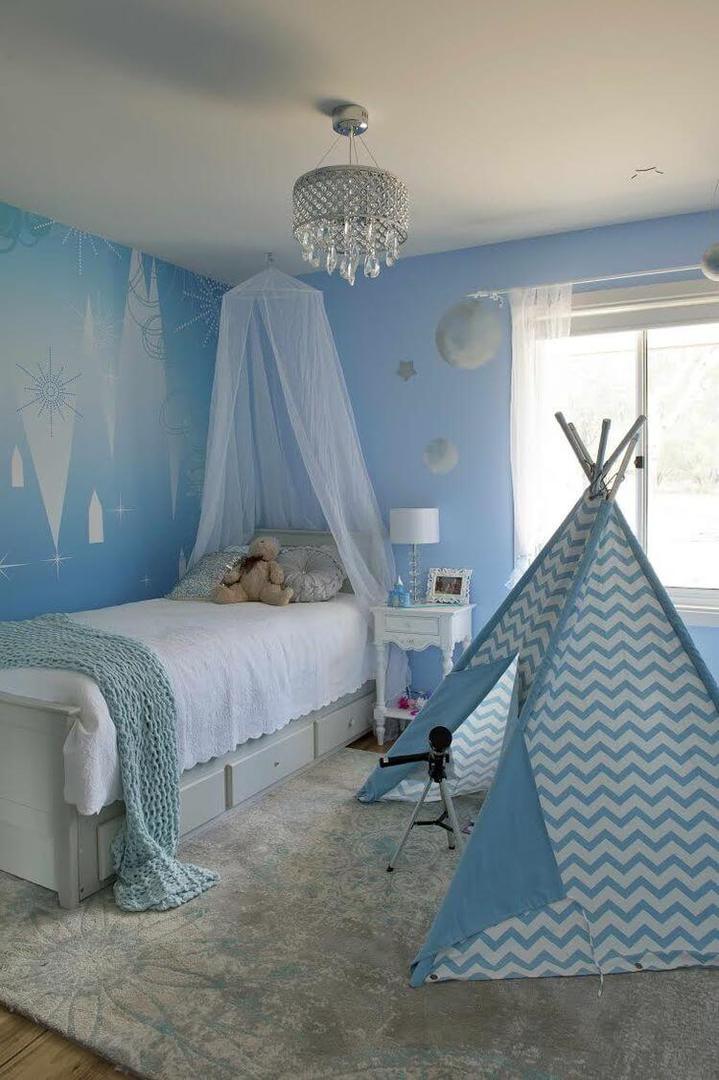 >>> What did you think of last night’s whole house reveal on House Rules? I’d love to get your thoughts in the comments below. What was your fave room?