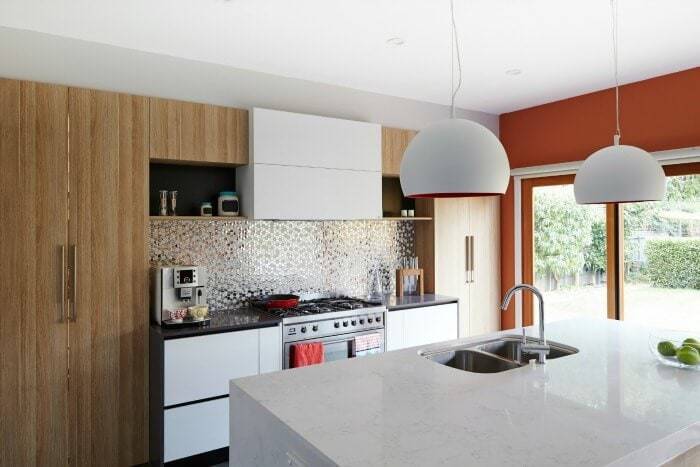 Last week on the blog I celebrated the return of House Rules 2016 and praised the first winning room reveals from current champs Luke and Cody.

This week, I’m not as enthused. Cue the furrowed brow! 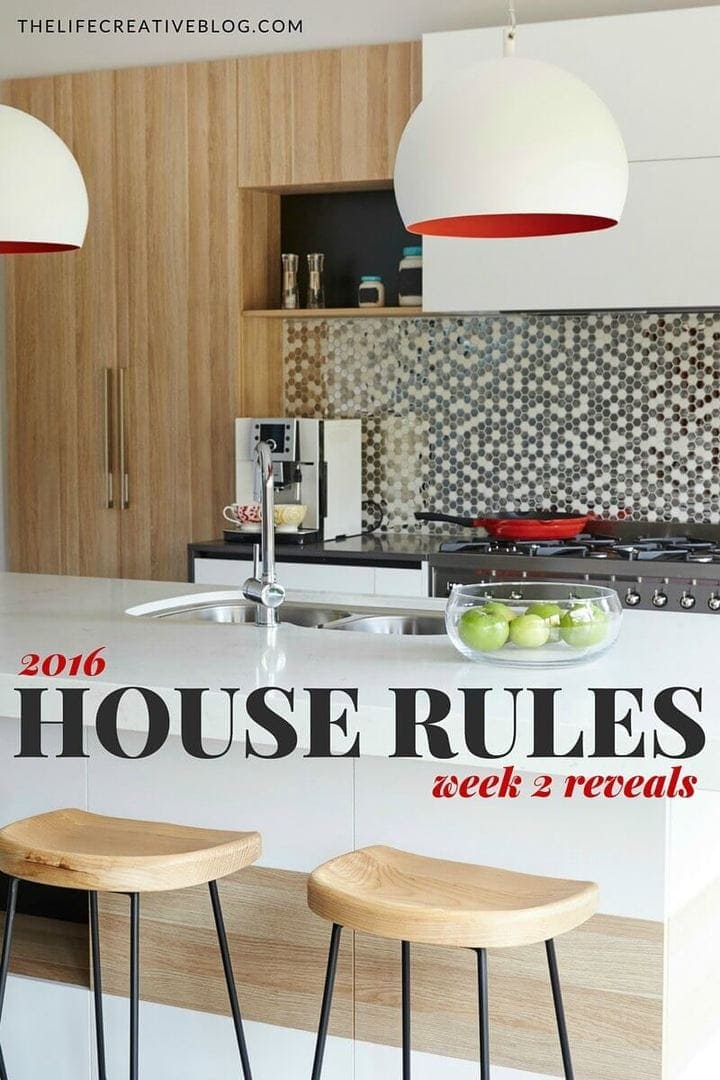 Luke and Cody’s kitchen makeover was the star of the show in this week’s Adelaide whole house reveal. Home owners Brooke and Michelle were left gobsmacked by the makeover.

“Walking into the kitchen, I was totally amazed,” Brooke said. “It was the centrepiece of our house.”

Judges Joe Snell and Wendy Moore were equally impressed, giving Luke and Cody the highest combined score of the week.

“What you have done for this whole living space is a true entertainer’s dream,” Wendy said, and when the final scores were revealed, Luke and Cody kept their spot on the top of the leaderboard.

Looking at the kitchen from a design perspective, there are a few issues that concern me. The major one in this space is the choice of splashback tiles. Reflective hexagonal tiles feel far more at home on a feature wall in a bathroom, not in a kitchen that looked to be going for a modern, subdued and somewhat Scandi-inspired aesthetic.

The gorgeous warm wood tones in the cabinetry are completely lost in this room because your eye is drawn to the disco moment that is inherent in that ill-placed splashback. It makes for quite a jarring contrast visually and brings down the entire look of the room.

I also thought that the choice of white cabinetry above the stove was unnecessary and was again a bit jarring to look at. I also have to say that the styling was a big naff.

House Rules is a show that needs to be all about finishing touches because people are living in the home. The Block can afford to take a less-is-more approach, because the properties are being staged for sale. 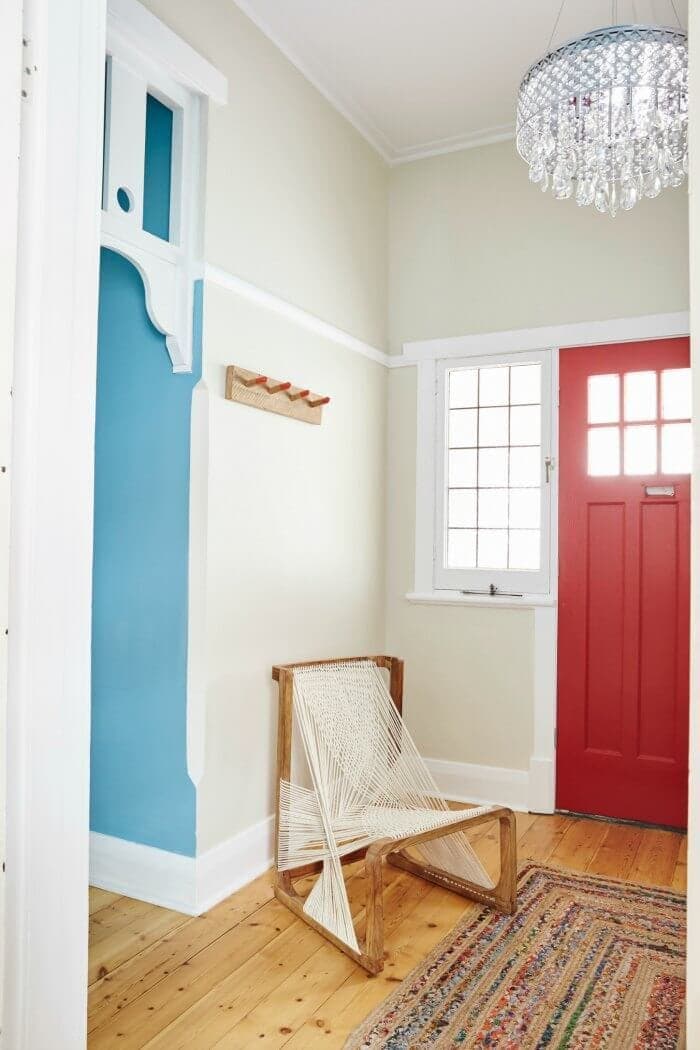 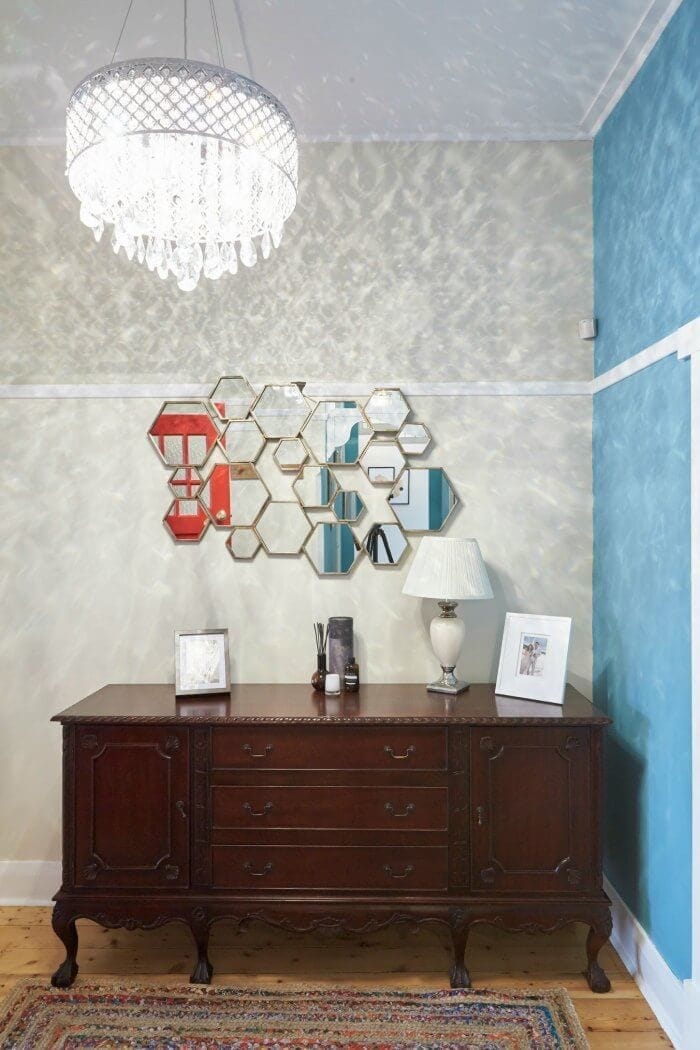 The entryway that Luke and Cody put together was also disappointing. That beautiful chair, plonked inside the door on its own with nothing to give it context looked very out of place. For the style of house, it seemed far too modern and architectural.

The other side of the entryway took inspiration from another era and design style entirely, so that just made matters worse in terms of cohesion. The sideboard/buffet is a beautiful piece, but it was poorly styled and felt out of place.

If Luke and Cody were going for an eclectic look, they didn’t quite mesh things together successfully. If you look at these images, you’ll see how to rock an eclectic look at home, but it definitely didn’t happen in the entryway.

Nonetheless, the boys came out on top, with WA’s Rob and Rose in bottom place. This week, the teams take on Nancy and Daniel’s 1960s home.

How are you feeling about the House Rules 2016 week 2 reveal? Did Luke and Cody deserve to win? Drop a comment below and let me know! 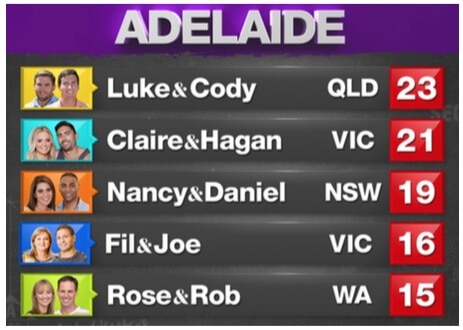