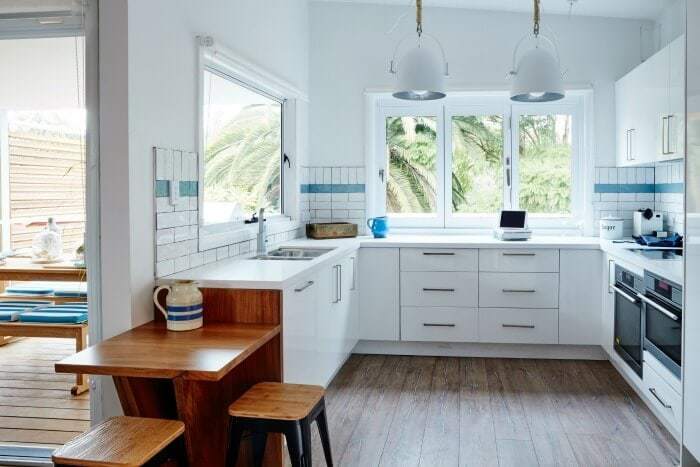 House Rules 2016 got off to a great start this season, and then took a sharp nose-dive last week. How did week 3 go? Let’s find out! 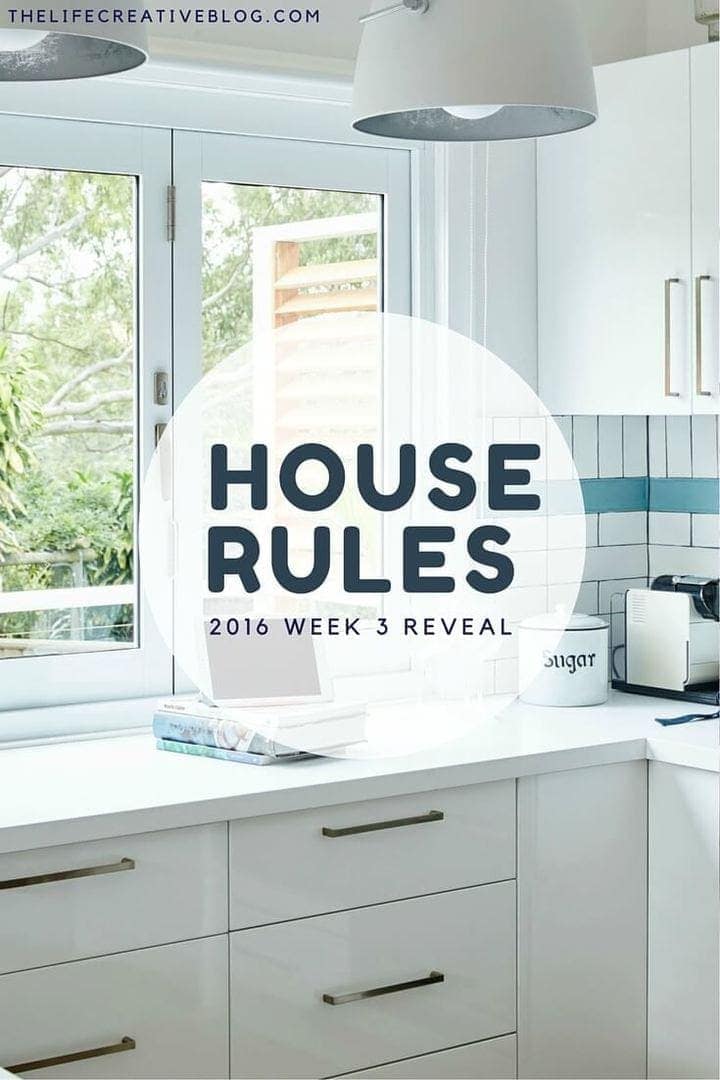 Once to embarrassed to invite friends over to their house, which was a rundown 1960s property in Sydney’s south, Nancy and Daniel were overwhelmed by the changes that took place in their humble abode this week.

“I never thought it would look like this; this is ridiculous,” Daniel said of the major transformation. “The house was really narrow and poky before, but it actually feels really big now,” he said. “It has definitely exceeded our expectations and we’re really grateful and appreciative of all the work everyone put into our house”.

Rose and Rob were the winning team this time around, after what was a pretty horrendous week for the WA couple. They were in charge of making over the kitchen, Sofia’s bedroom and the walk-in linen closet.

The tent dwellers scored a nine from the homeowners, and a seven from each of the judges, Joe Snell and Wendy Moore.

“Your kitchen was really, really white… a big risk,” Joe told the couple. “Well, I loved it. The subway tiles were a really lovely soft touch, particularly with the blue stripe, and I loved your big white pendants with the rope”. 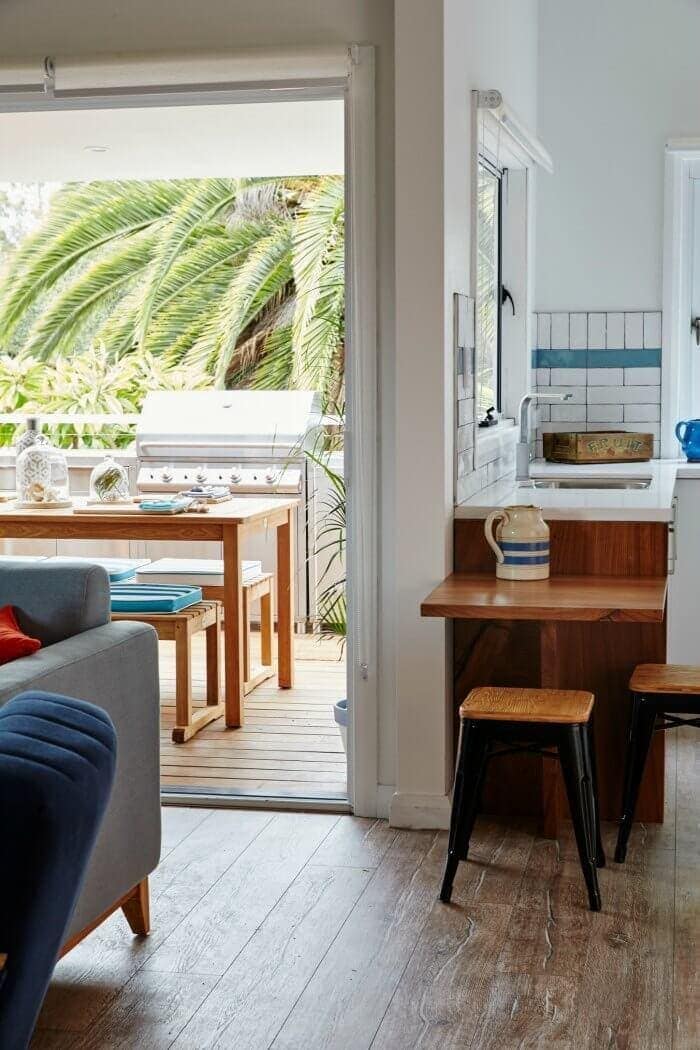 My thoughts on the Winning Rooms

So as you may have read in last weeks’ recap post, I was pretty hard on Luke and Cody’s winning space, and was a bit baffled as to how it came out on top.

I was pretty concerned that the good start House Rules got off to this year was going to be a fleeting moment, followed by weeks of dodgy design. But in week three the show has well and truly redeemed itself. Well, the winning spaces did, anyway.

The light-filled kitchen was hands-down the star of the whole house reveal this week. What Rose and Rob did in there was by no means ground-breaking (they weren’t setting any trends), but they did deliver a room that suited the space and answered the brief.

There was a beautiful mix of old and new in the space and I think they retained a lot of the kitchen’s character. Instead of trying to disguise the traditional features, Rose and Rob highlighted them and then found a way to make them work within a contemporary scheme. 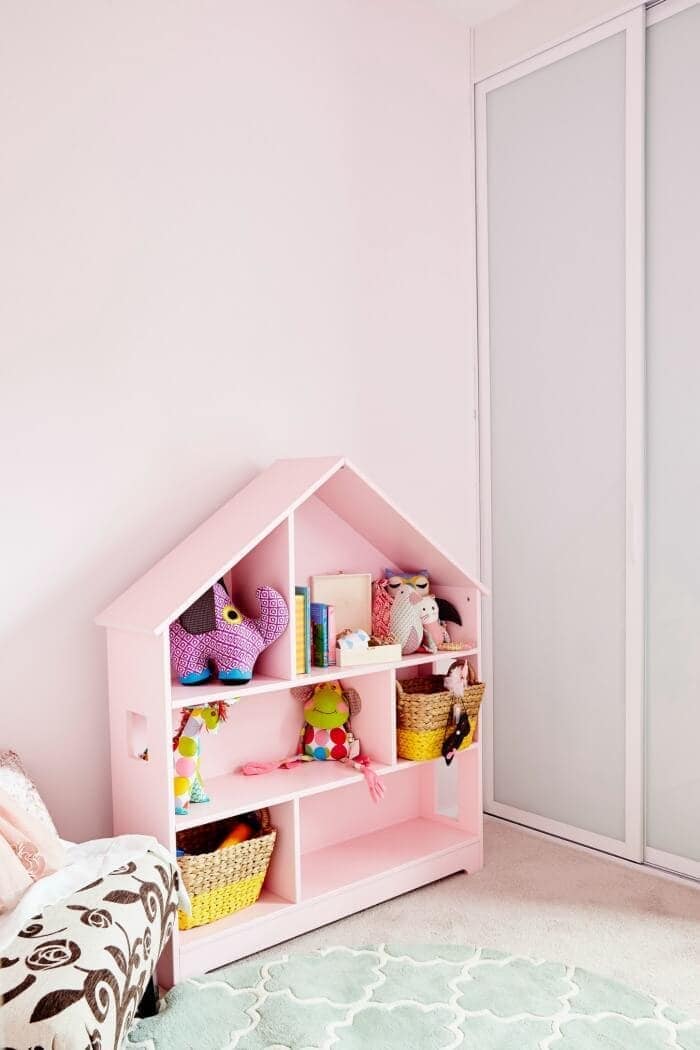 I loved the use of the subway tiles and thought the blue accent that ran along the splashback was a really neat idea. I thought the pendant lights were quite gorgeous, the flooring fitted in nicely with the style of the kitchen, and I liked that there was oodles of storage.

Overall this kitchen was a great mix of form and function; the best room I’ve seen this season by far!

Sofia’s bedroom wasn’t anywhere near as impressive, let’s be honest, but it was still nice. A little girls room, painted pink, with some toys on the bed, is not the stuff design dreams are made of, but any little girl would adore that space, so I’ll let it slide.

The walls needed some interesting art and the furniture was too chunky for the space. But that’s where I’ll leave it, because the kitchen was so good! 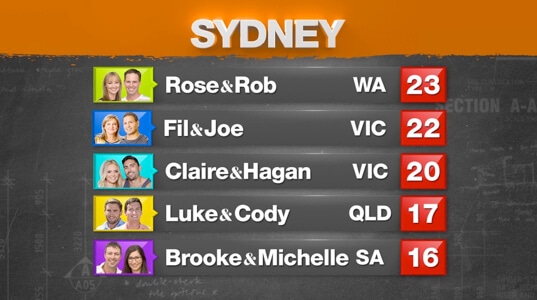 The teams will now head to Queensland to transform Luke and Cody’s country cottage into a gentleman’s entertainer.

For regular updates on all things House Rules, check back in with TLC Interiors next Monday, or hit the official House Rules 2016 website at yahoo7.com.au/houserules

Did you love the winning room this week? What would you have changed? Drop a comment below and let’s talk it out!