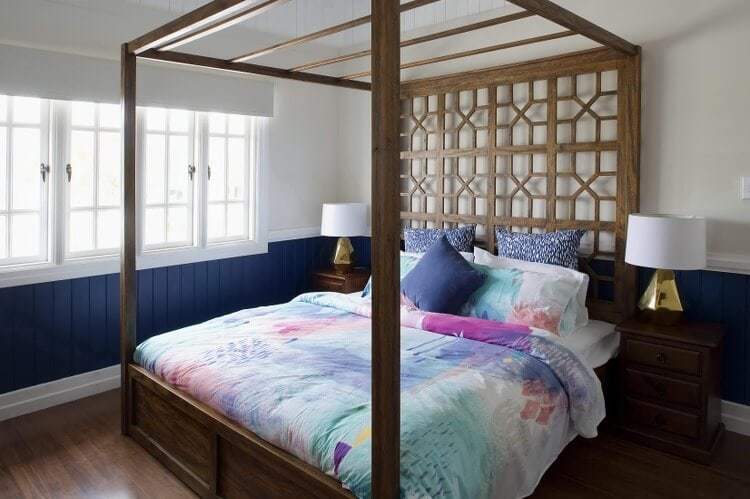 House Rules has been a bit of a mixed bag this year, truth be told. Some weeks I’ve seen spaces that I’ve gasped over – in a good way – while other reveals have had me wanting to get in the car and drive back to NSW to redo the rooms (Steve and Tiana’s home, I’m looking at you). 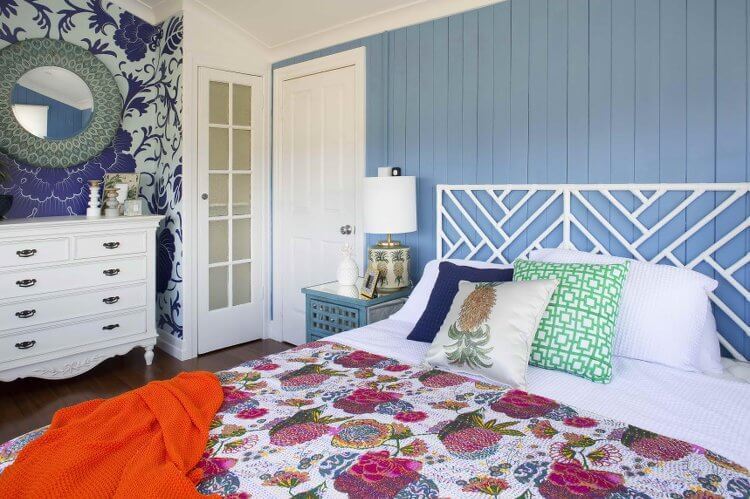 This week saw the teams undertake their biggest mission yet; converting a rundown Queenslander into the ultimate dream home. Doing this in seven days is asking a bit much (I’d hate to see the finishes up close), but this is TV, so I’m going to put all of that aside and share some lessons we can take from the room reveals this week.

1. Wallpaper is like alcohol. Too much of it will make you sick.

I adore a good wallpaper scenario. I’ve written about fabulous wallpaper many times on the blog before (this one is a recent fave). That said, you have to really think it through and consider the other elements in the space.

The teams went bananas with it this week and the one in the kitchen above had to be the biggest mistake. The design itself is so literal for a Queenslander home and it really took away from the rooms traditional features.

2. Choose one major feature in a room and rock it.

The bedroom above has two divine moments in it; that gorgeous bed frame and the panelling on the walls. Sadly they’re competing for visual attention and as a result, neither are as striking as they should be.

I think the wood panelling is a divine idea here, so I would have ditched the four-poster bed and gone with either an upholstered bedhead with soft lines or an ensemble that would have allowed for art above the bed. 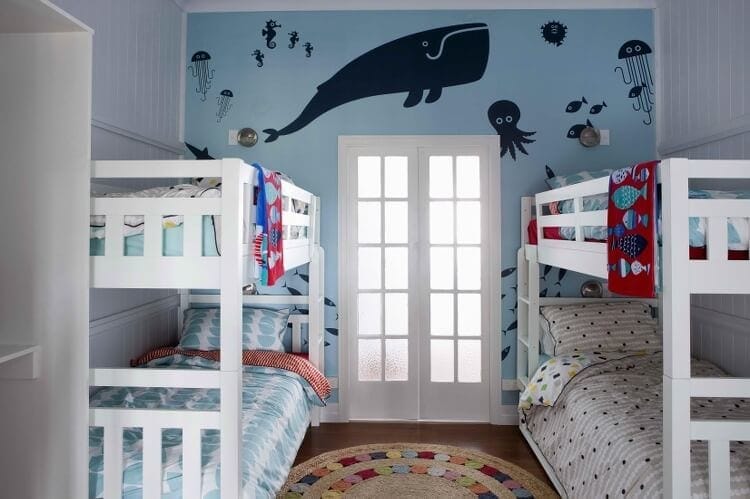 3. Decals in kids rooms can look amazing – who knew?

I’ve been hard on wall decals on the blog before, particularly ones of animals, but I did think the ones in the kids room above were well executed. The idea of making that whole wall look like the sea was a very cute idea and I applaud them for running with it.

The placing of the lights above the bottom bunks was not ideal but overall this room would please both kids and parents. So it’s a win win in my books!

4. Don’t take away from a home’s inherently gorgeous features

The entryway in this zone worries me a bit. I’m fine with the yellow door. In fact, I think a zesty yellow door is fun and welcoming and makes the home pop from the outside.

That said, the entryway table was a step too far; completely literal to put a tropical print in a tropical home, but more importantly – it takes your eye away from all of that wonderful woodwork in the doorway – which I think it the real star of the show here.

5. A killer floor tile is all you need to create wow in a bathroom

I cannot get enough of the floor tiles that were used in the bathroom. They’re large, they’re bold, they actually make the space feel bigger and there’s a real sense of wow factor to them.

What they got so right here is not putting too much on the walls or roof. There’s no competition in this space, yet they carefully placed complementary items like the mirror and pendants to pull the look together, #LoveitWantitNeedit. 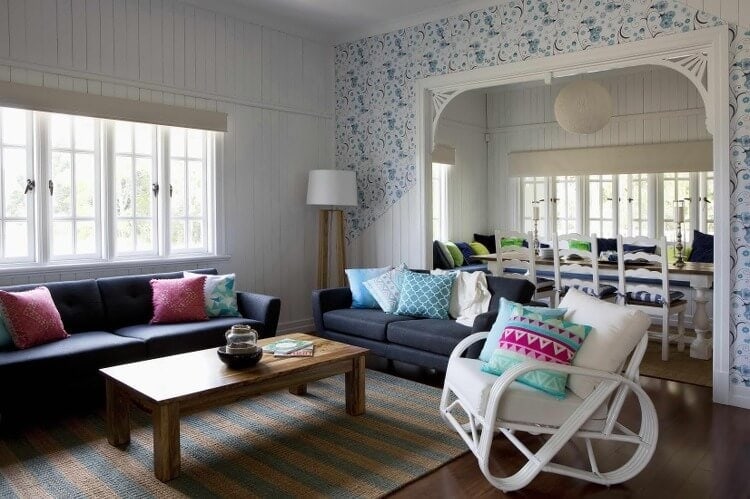 6. A Queenslander doesn’t have to be fundamentally white.

I might face some objection to this one, but why so much white, guys? So many of the rooms were filled with white panelling. I get it; it’s a Queenslander and it’s tropical. But it felt a little sterile to me in places because there was such a tonal deficit in the rooms. It was very white-based with colour pops on top. That as a general approach is fine, but we need some mid-tones in between to make the space feel warm and resolved. 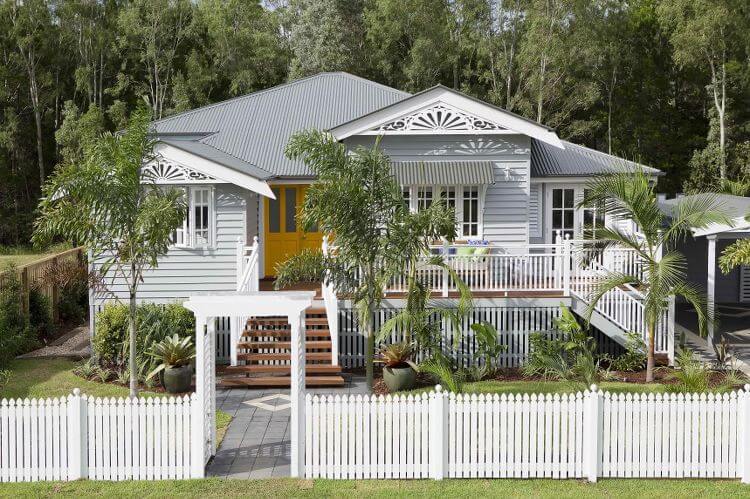 7. Kerb appeal is everything. Everything.

Putting aside my point about there being way too much white in this home, the kerb appeal from the street is second-to-none. That staircase leading up to the front door is phenomenal and the garden in general looks lush and inviting. It just goes to show that you really need to invest time and money on making your front yard amazing. It makes such a difference.

>>> What was your fave zone from the House Rules dream home reveal? I’m eager to get your take on the show in the comments below.